How Manga and Anime Inspired Designs are Taking Over The World 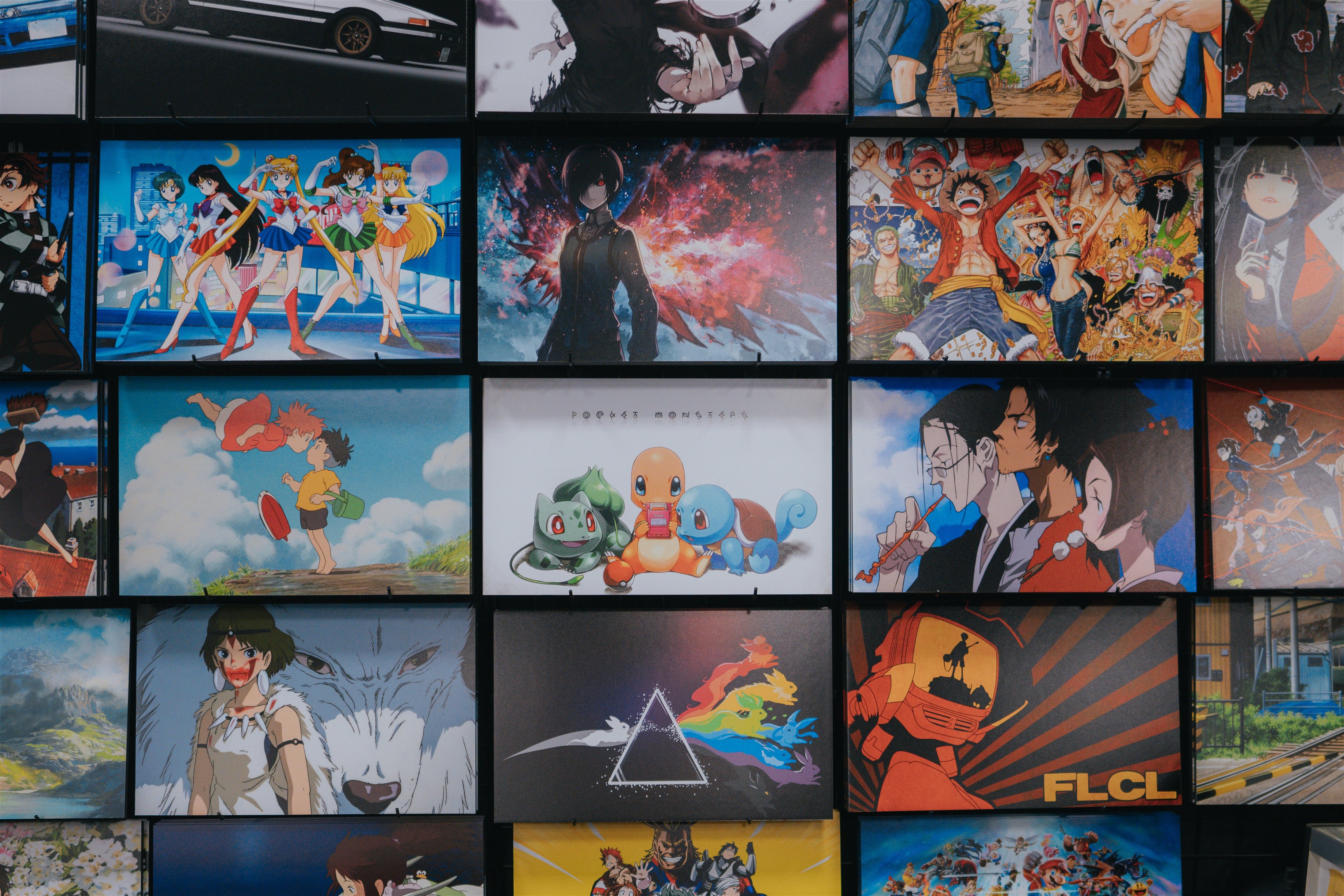 Anime has been around for decades and has inspired many designers in a variety of industries. In recent years, we’ve seen a surge in popularity of anime-inspired designs in the fashion, home decor, and graphic design industries. Here’s a look at how this Japanese animation style is taking over the world of design. 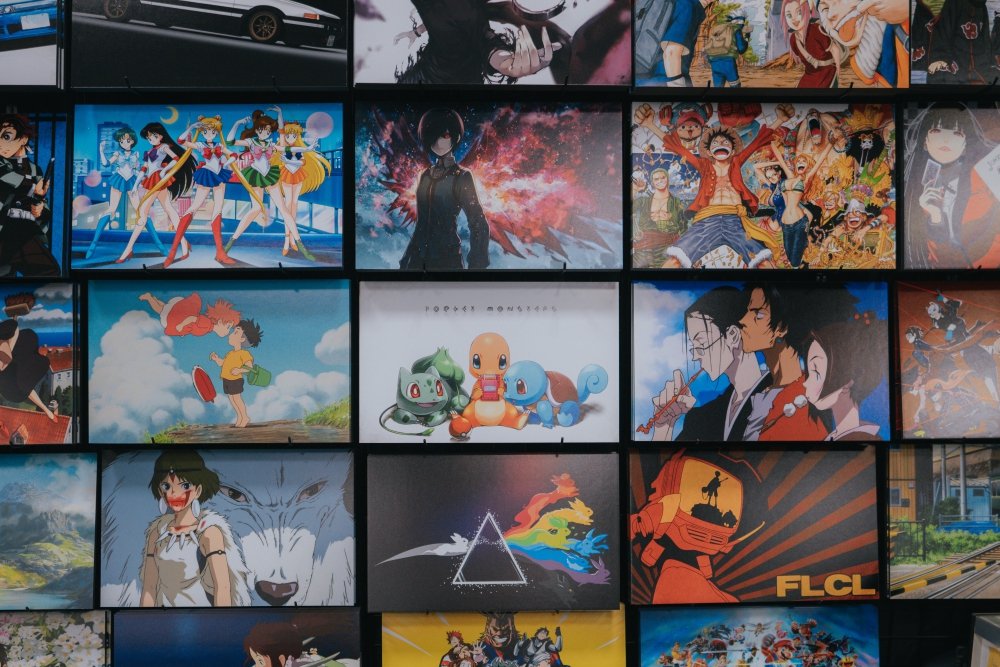 Photo by Dex Ezekiel on Unsplash

Anime and manga are two different types of Japanese media that have taken the world by storm. While they both originate from Japan, they have different styles and content. Anime is a type of animation that often has more complex stories and plots, while manga is a type of comic that is usually more simplistic. Even though they are different, they both have inspired many different aspects of popular culture, including fashion and design.

Anime designs often feature bright colors and exaggerated features, while manga designs are more subdued and realistic. However, both styles have influenced the way people dress and accessorize all over the world. For example, it is not uncommon to see people wearing shirts with anime characters on them, or people with manga-inspired tattoos. In addition, many fashion designers have been inspired by the unique style of anime and manga when creating their own clothing lines.

There is no doubt that anime and manga have had a profound impact on the world of fashion and design. As more and more people become exposed to these Japanese media, it is likely that we will see even more manga and anime-inspired fashion and design in the future. Who knows, maybe one day everyone will be wearing clothes inspired by their favorite manga or anime character!

One of the most obvious places where you’ll see anime inspiration is in fashion. From streetwear brands to high-end fashion houses, many designers have been incorporating anime-inspired elements into their collections. 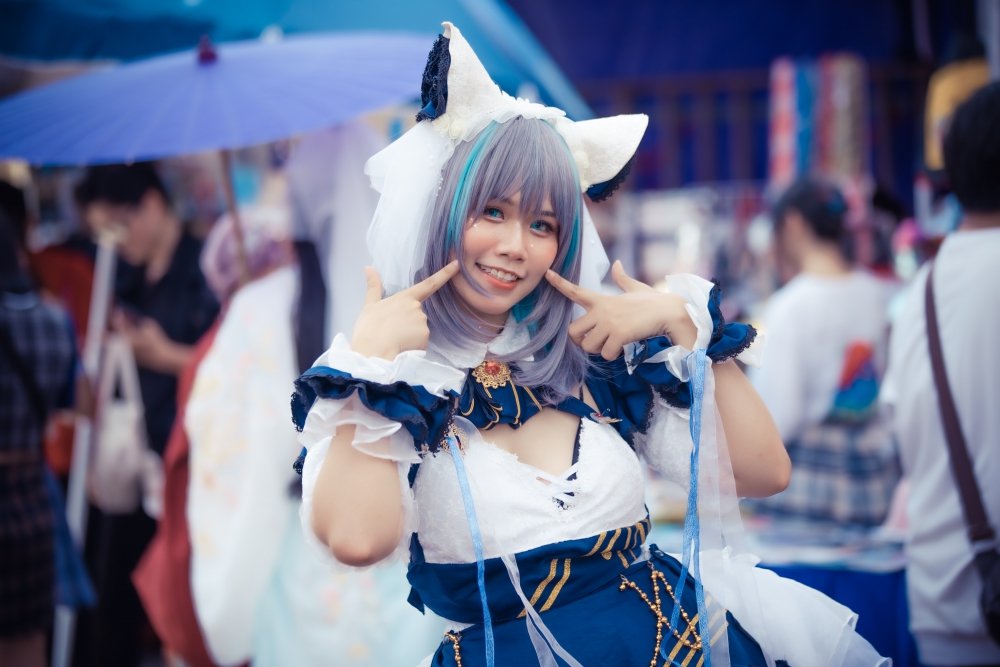 Photo by Huynh Van on Pexels

One of the most popular ways to incorporate anime into fashion is through graphics. T-shirts and other garments with images and logos from popular anime series are very popular among fans of the genre.

You will also see iconic anime names and characters printed on clothing items. For example, it’s not uncommon to see a shirt with the words “Naruto” or “Goku” printed on it.

Another popular way to add a touch of anime to your wardrobe is through cosplay. Cosplay, or costume play, is when people dress up as their favorite characters from anime, manga, or video games. 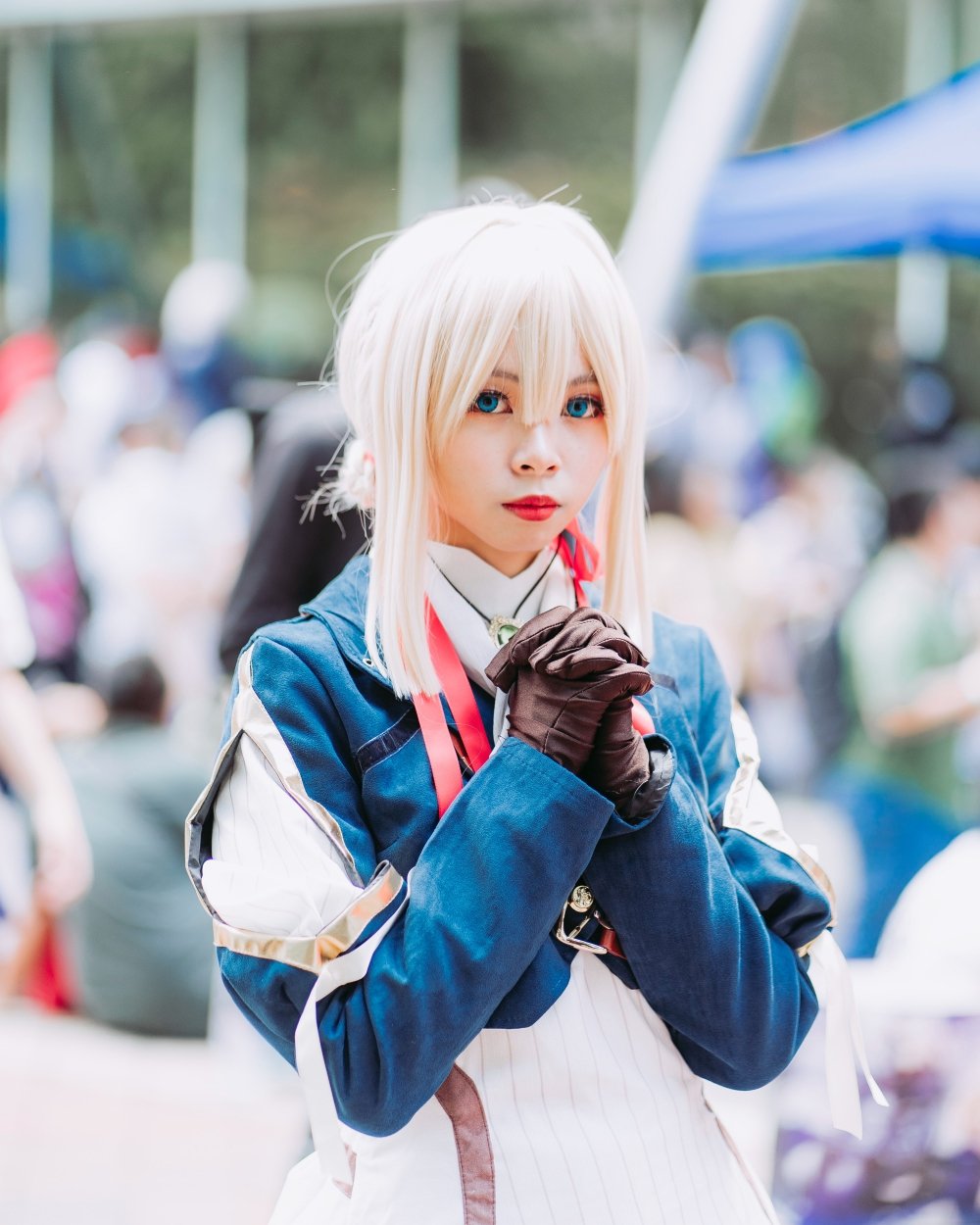 This can be done for fun or for fashion. Many cosplayers take their outfits very seriously and put a lot of time and effort into making them look as accurate as possible.

One of the most popular examples of anime-inspired fashion is Lolita fashion. Lolita fashion is a subculture that began in Japan in the late 1970s and early 1980s. The style is characterized by frilly, girly dresses and separates inspired by Victorian and Edwardian clothing.

While Lolita fashion was initially met with some criticism, it has since gained a large following all over the world. Today, there are countless Lolita fashion brands that sell everything from dresses and skirts to shoes and accessories. 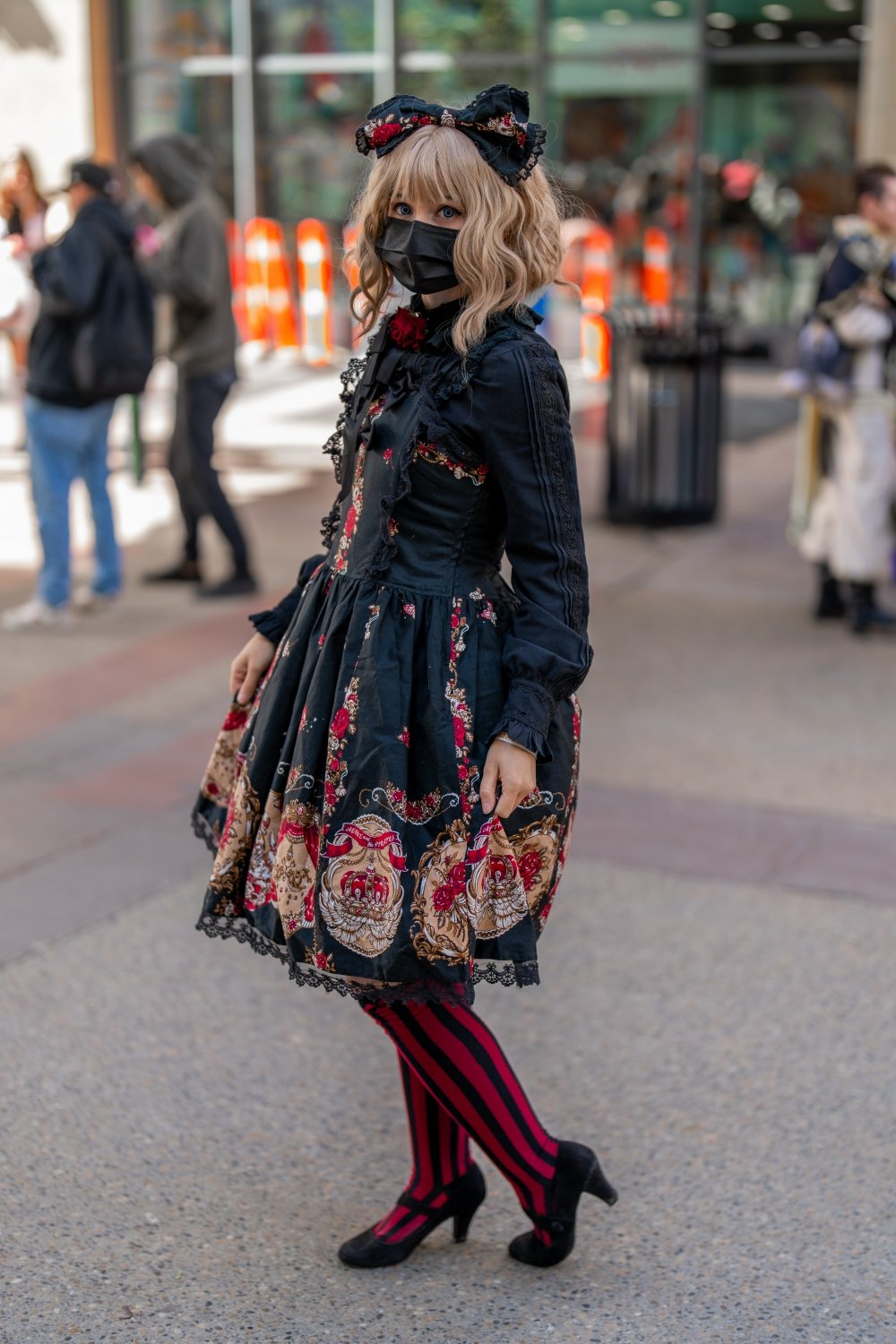 Photo by Small Giant on Unsplash

Another high-end fashion house that has been inspired by anime is Louis Vuitton. In 2016, the brand released a limited edition line of clothing and accessories featuring designs from the popular anime series, Sailor Moon.

The collection was a huge success, selling out in stores all over the world. Louis Vuitton isn’t the only luxury brand to jump on the anime bandwagon – Gucci, Dior, and Givenchy have all released their own lines of anime-inspired clothing and accessories.

This year Balmain is jumping on the trend by realising the Balmain x Pokémon Fall 2022 collection. 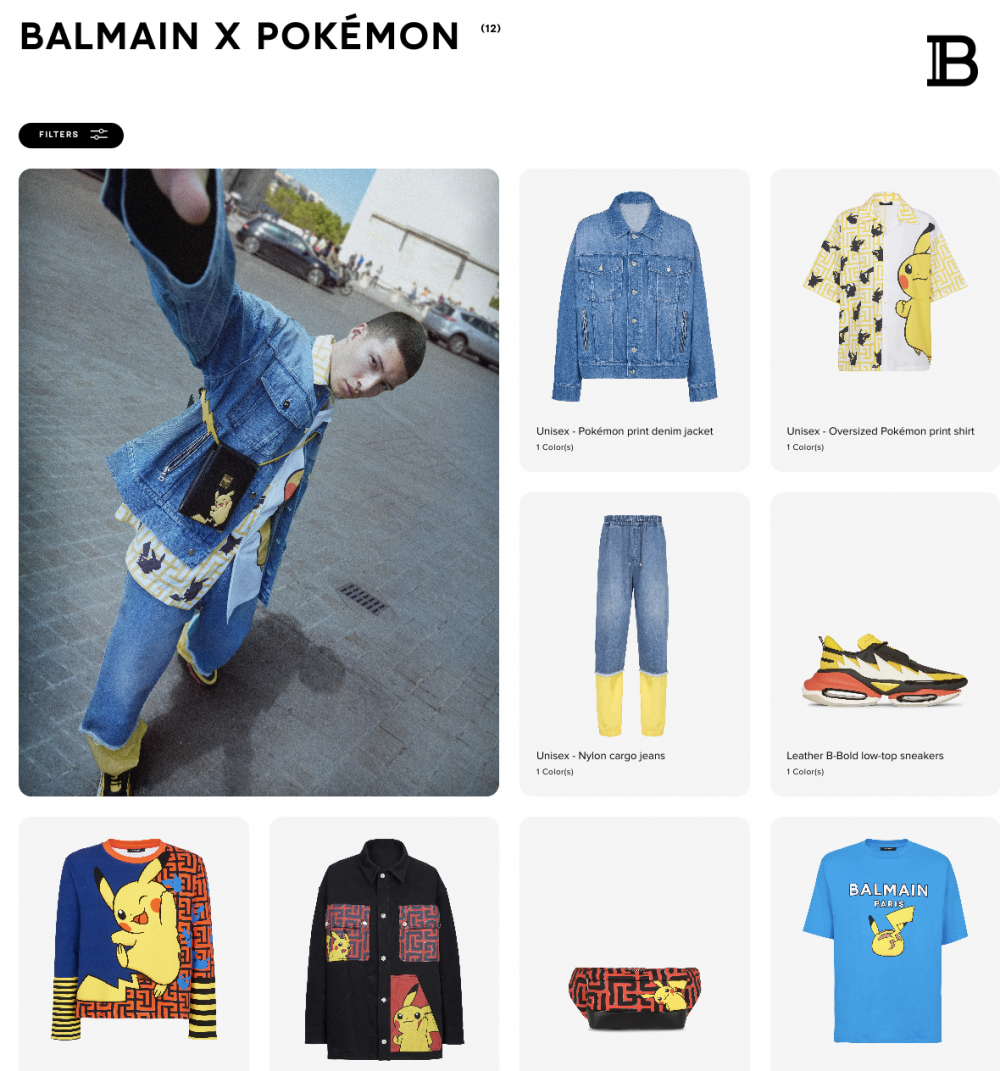 It’s clear that anime has had a major influence on the world of fashion. From high-end designers to everyday fashion brands, more and more people are incorporating anime-inspired designs into their clothing lines.

Whether you’re a fan of Lolita fashion or you just like wearing clothes with your favorite anime characters on them, there’s no doubt that anime is taking over the fashion world.

Anime-inspired designs are also becoming popular in the world of home decor. You can find all sorts of home goods with anime characters and graphics on them.

One of the most popular items to buy is an anime body pillow. These pillows usually have a character from an anime series printed on them and are designed to be used as a decorative item or for sleeping. 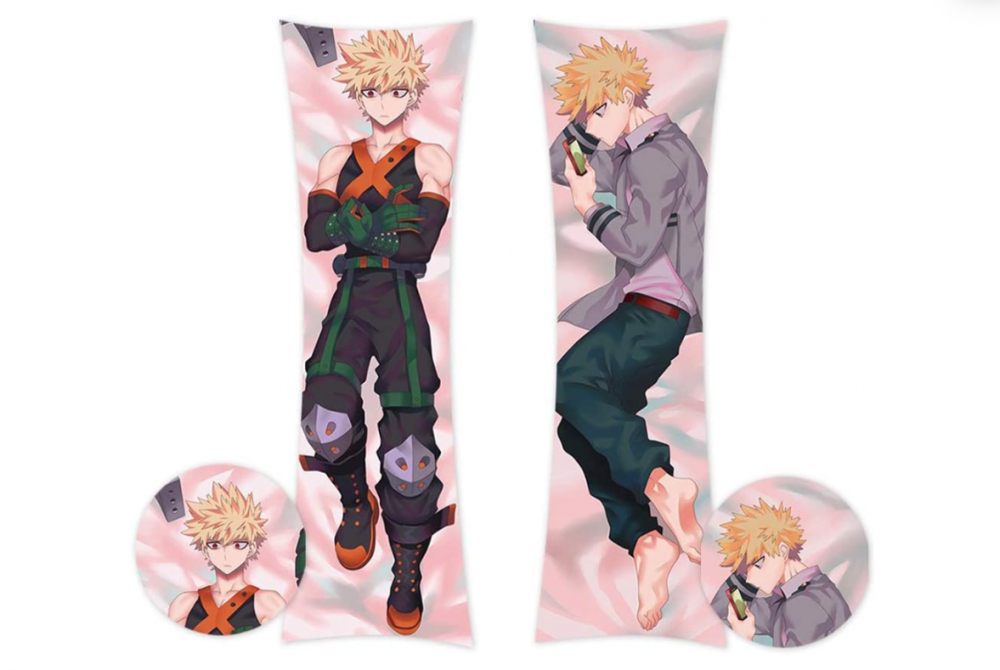 Another popular home decor item that features anime designs is bedding. You can find sheets, blankets, and pillowcases with all sorts of anime characters and graphics on them.

Posters and prints featuring popular anime characters or scenes are becoming increasingly popular. In addition, people are also starting to collect figurines and other memorabilia from their favorite series.

Incorporating anime-inspired design into furniture and other household items is another trend. For example, you can find coffee tables and lamps that feature characters or motifs from popular anime series.

This trend is likely to continue as more and more people become interested in anime and Japanese culture. So if you’re looking to add a touch of anime to your home, there are plenty of ways to do it!

Anime has also had a big influence on the world of graphic design. Many designers have been incorporating anime-inspired elements into their work.

One popular way to do this is through the use of vector graphics. Vector graphics are images that are created using mathematical formulas instead of pixels. 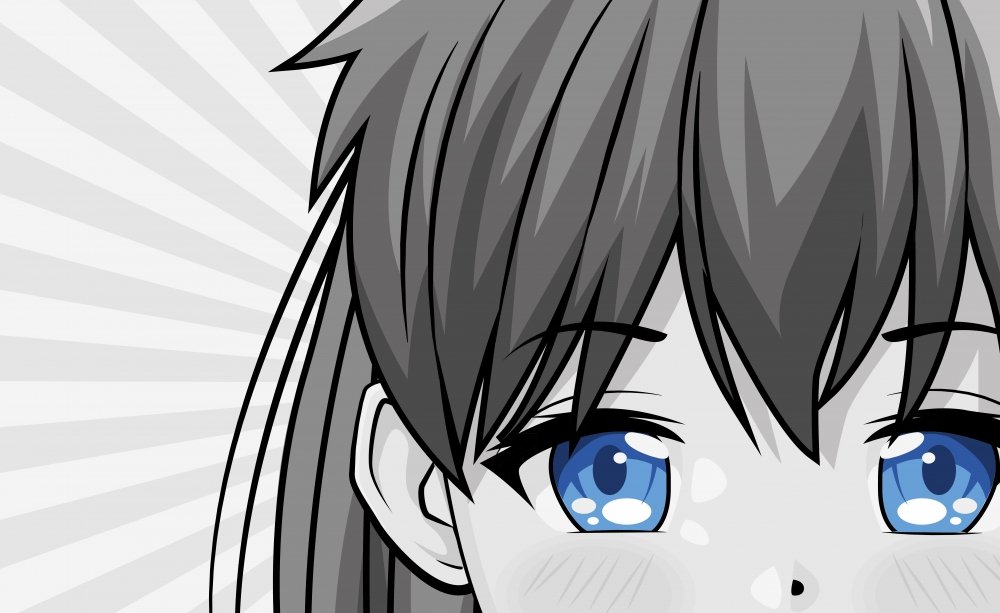 Image by gstudioimagen1 on Freepik

This allows for very clean and sharp lines, which is something that is often associated with anime. Many designers use vector graphics to create anime-inspired illustrations and logos.

Some popular graphic designers who have incorporated anime into their work include: Takashi Murakami, Junji Ito and Hayao Miyazaki. All of these artists have been heavily influenced by anime and have used it as a major source of inspiration for their work.

Takashi Murakami is a Japanese artist who is best known for his “superflat” style of painting. This style is heavily influenced by anime and manga. 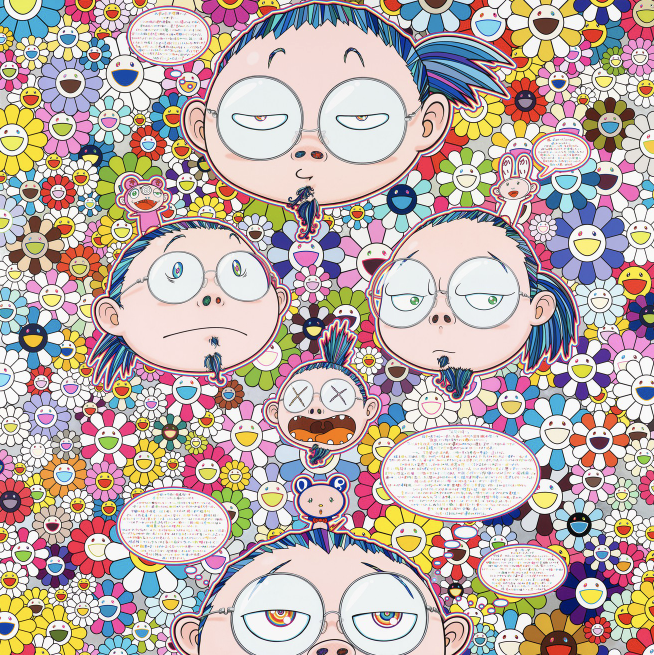 Junji Ito is a Japanese horror mangaka (comic book artist) who is best known for his work on the Uzumaki series. His work is extremely graphic and often incorporates elements of body horror. 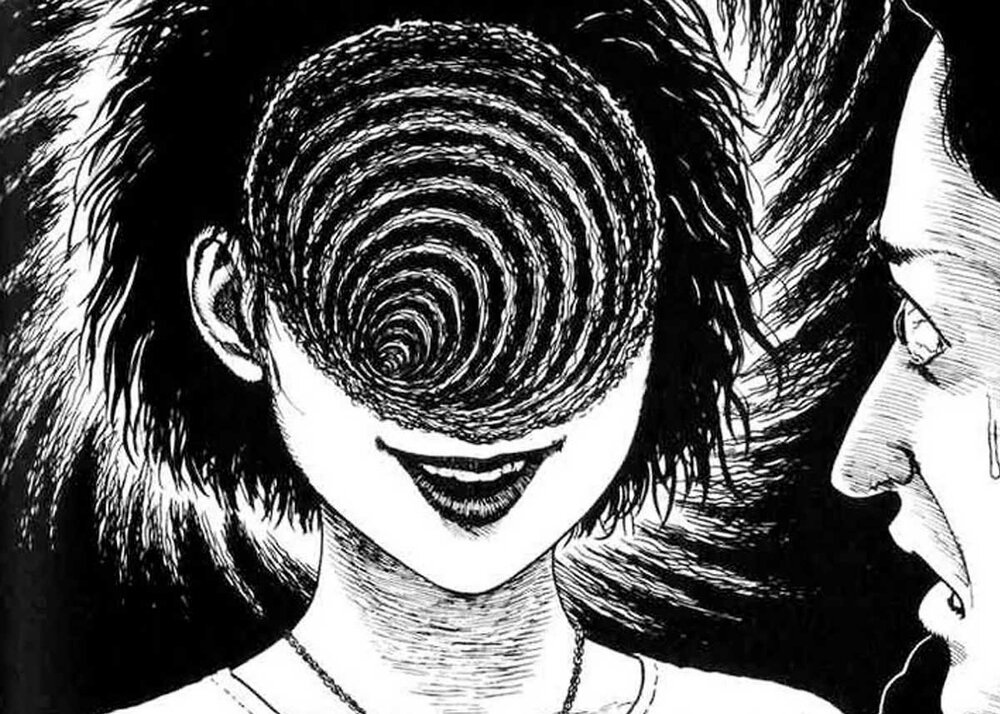 Hayao Miyazaki is a Japanese animator, director, and producer who is best known for his work on the Studio Ghibli films. His films are highly imaginative and often have fantastical elements that are inspired by anime and manga. 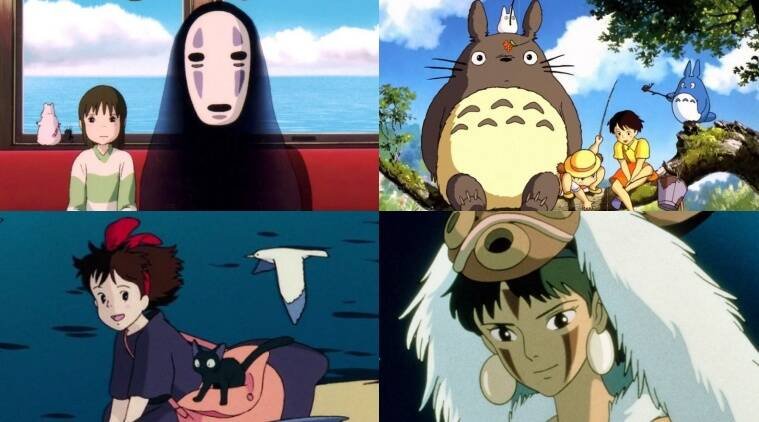 Another popular trend in graphic design that has been influenced by anime is the use of bright and bold colors. Anime is known for its use of bright, saturated colors, and many designers have been incorporating these same colors into their work.

This can be done through the use of color gradients or by using a limited color palette. 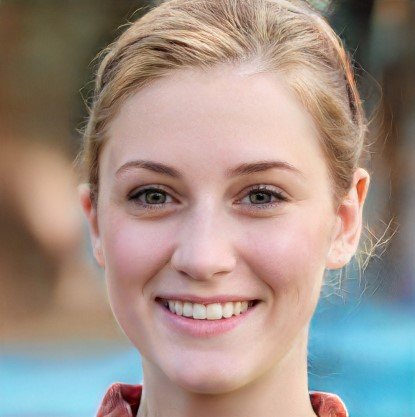 Clara is a school teacher, a yoga enthusiast, and a writer. Born in San Francisco and lived most of her life in Los Angeles. When not writing, she can be found hiking, taking the Metro, questioning this decision, and haunting local bookstores. 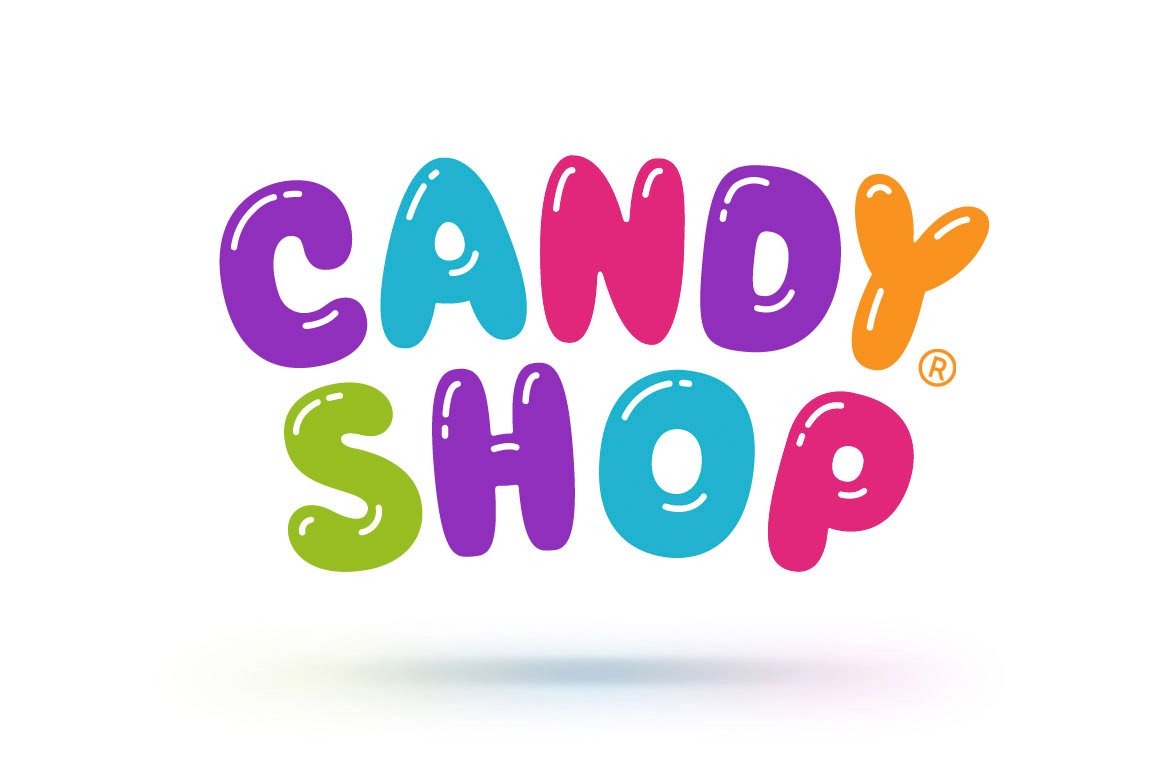 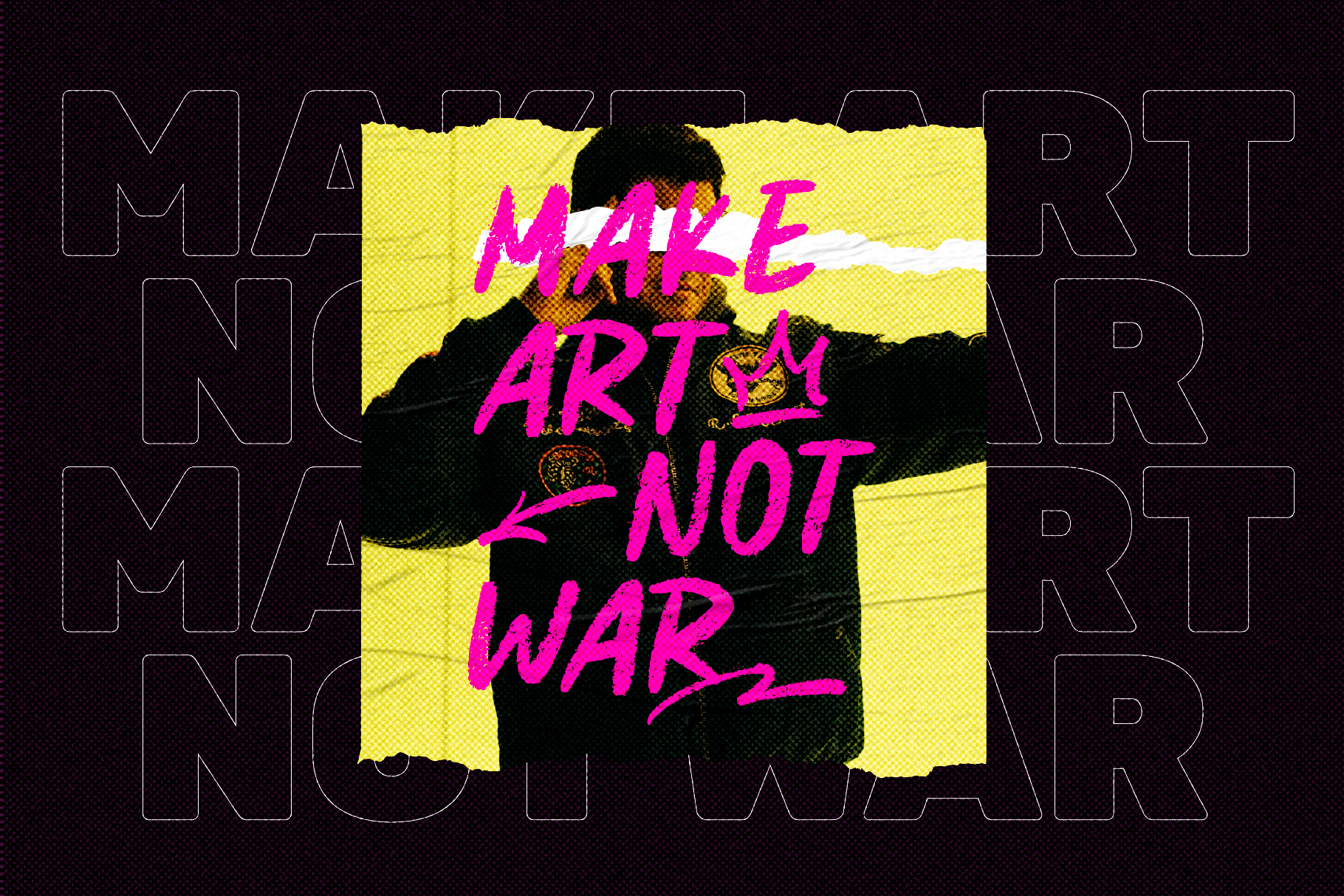