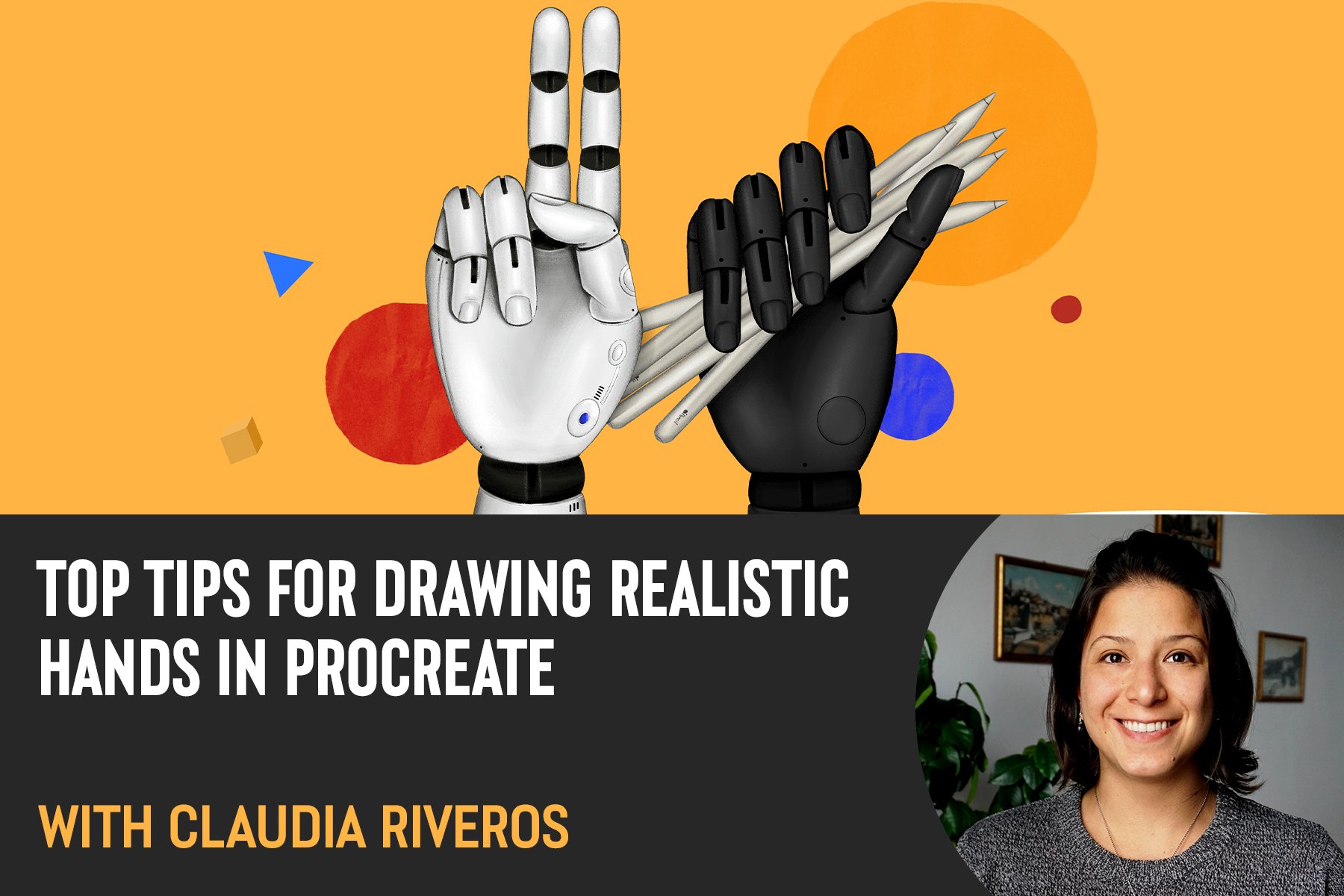 Have you ever struggled to draw realistic hands? You're not alone! In this session, Claudia tapped into her expertise to teach us how to tackle the age-old design challenge.

Claudia, the creative behind Riveros Illustration, is an incredibly talented illustrator and graphic designer who puts together some of our most popular Procreate brushes. Her website is populated with helpful illustration tutorials, making her one of our go-to people for anything Procreate-related. This session was no different as she taught us all about realistic hand drawing! 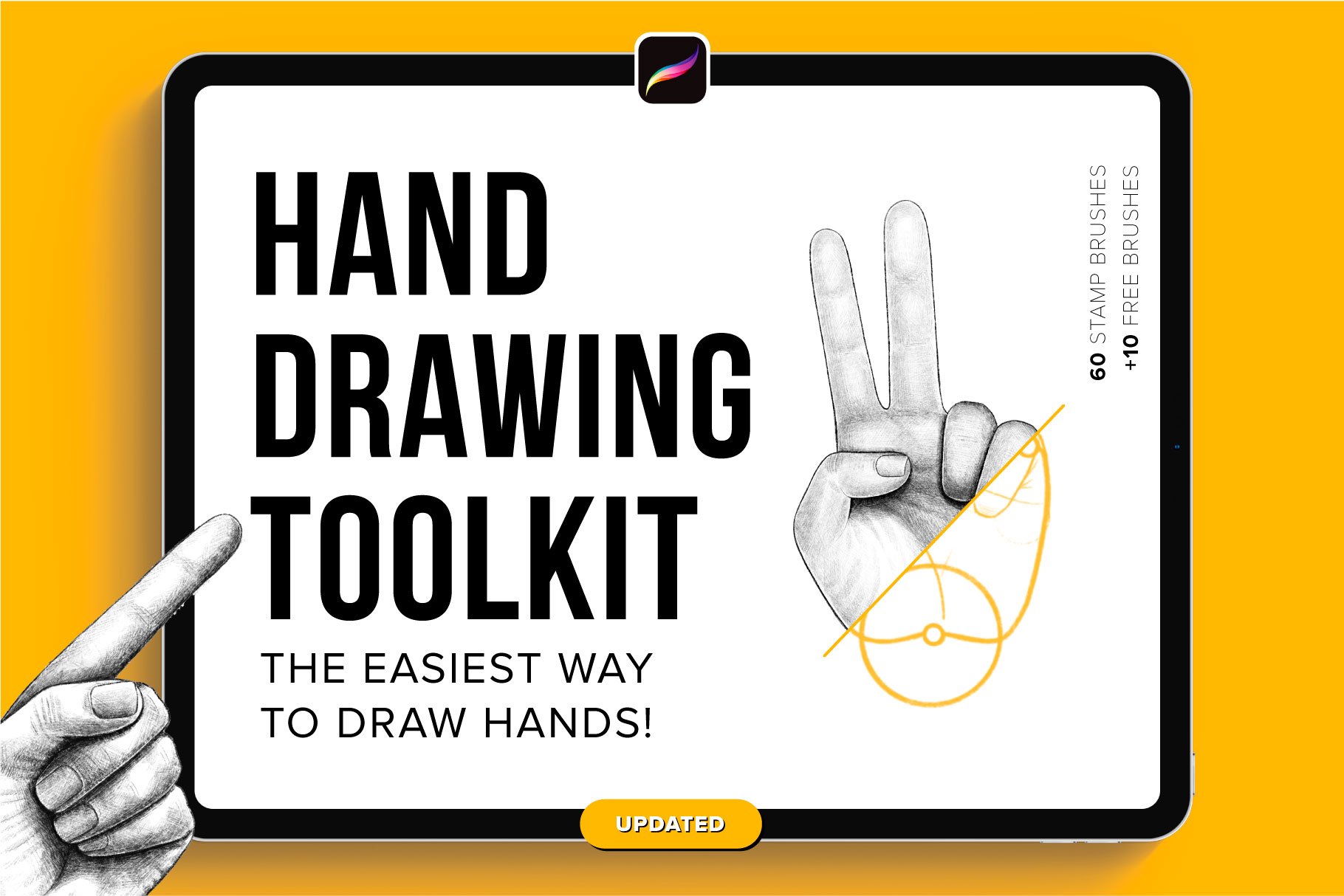 In the video, Claudia uses a picture of her own hand as a reference photo. 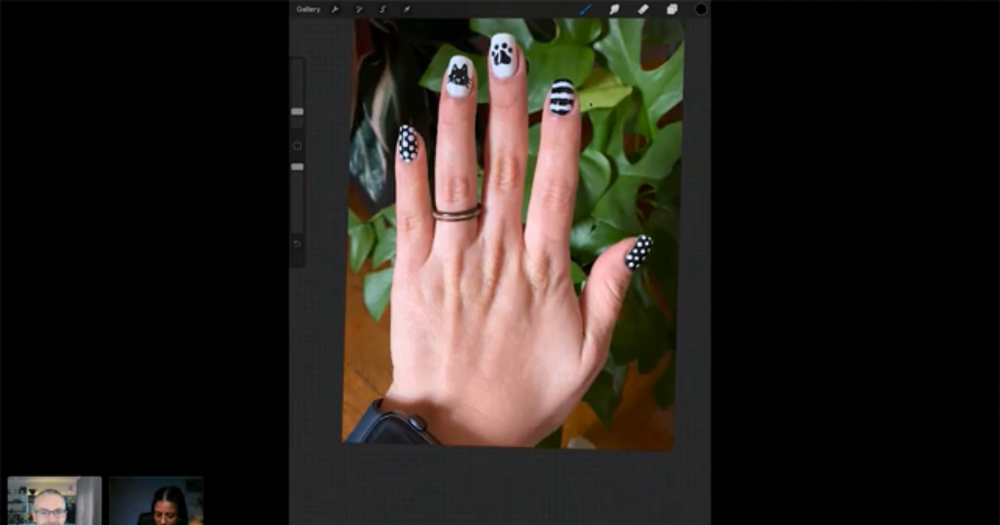 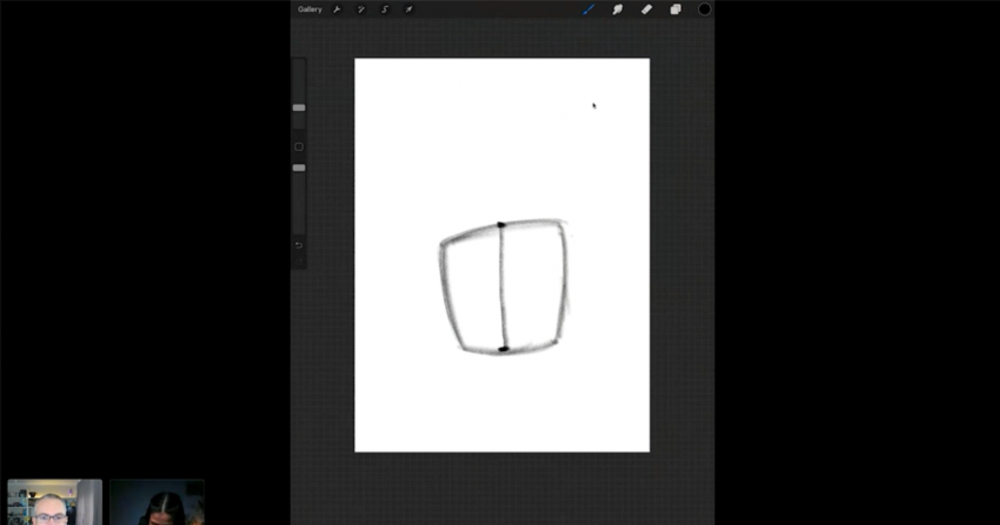 Duplicate the line and move it up to create a middle finger. 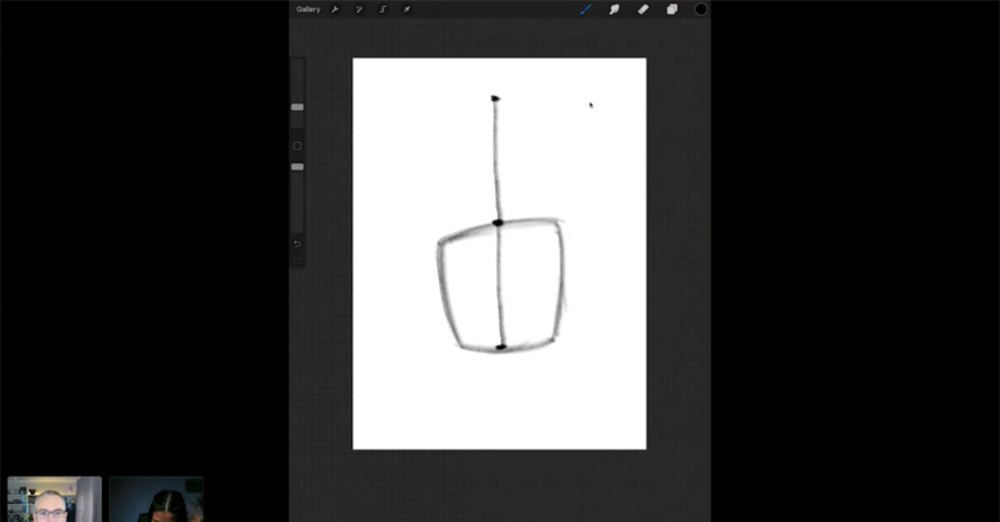 Make three lines just to mark the tendons and where the fingers will be drawn. The thumb will be drawn on the left side as the reference photo is of the left hand. 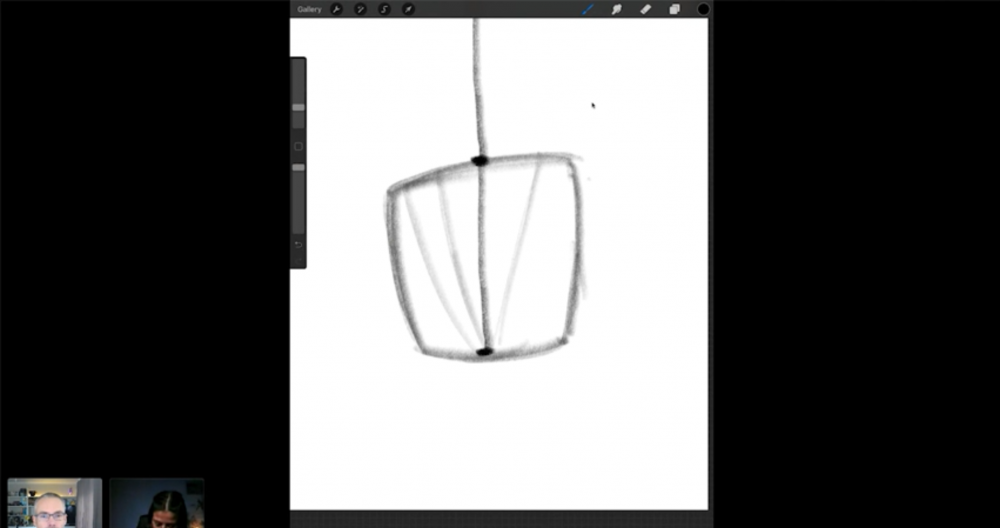 Take half of the measurement of the palm and move it to the side a little bit outside of the first box and make a point. Join the dots as shown in the image below. 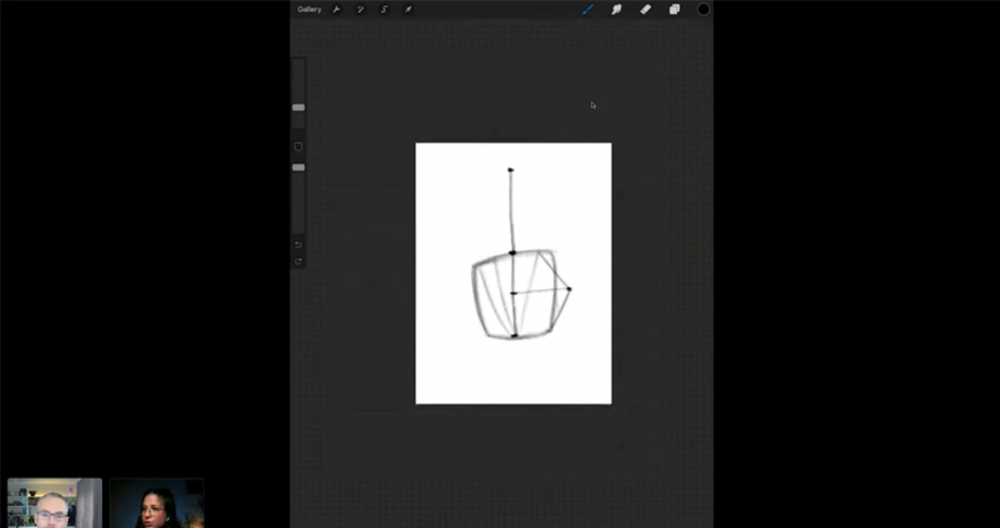 Create a new layer. Draw lines just to mark where the fingers will eventually be drawn. 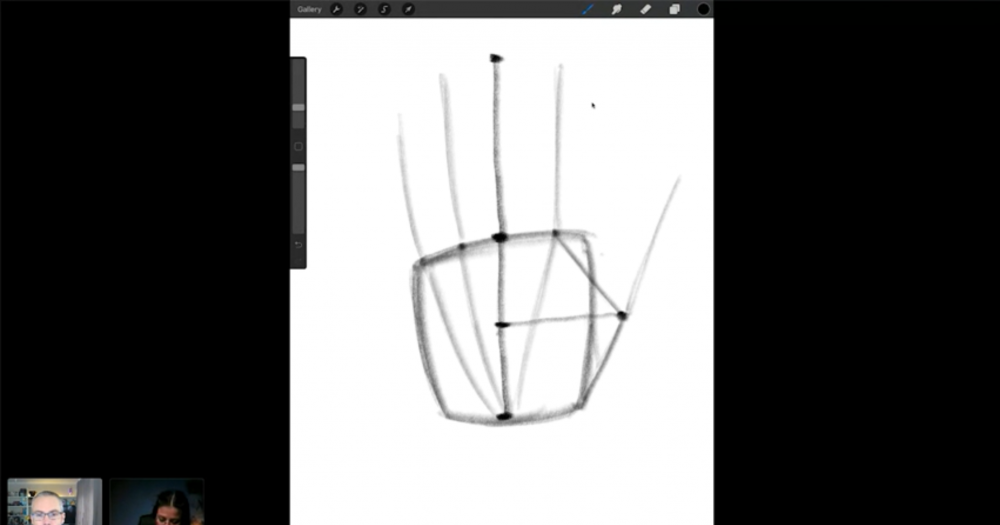 Make small shapes that will become knuckles later on and create different sizes for the fingers. 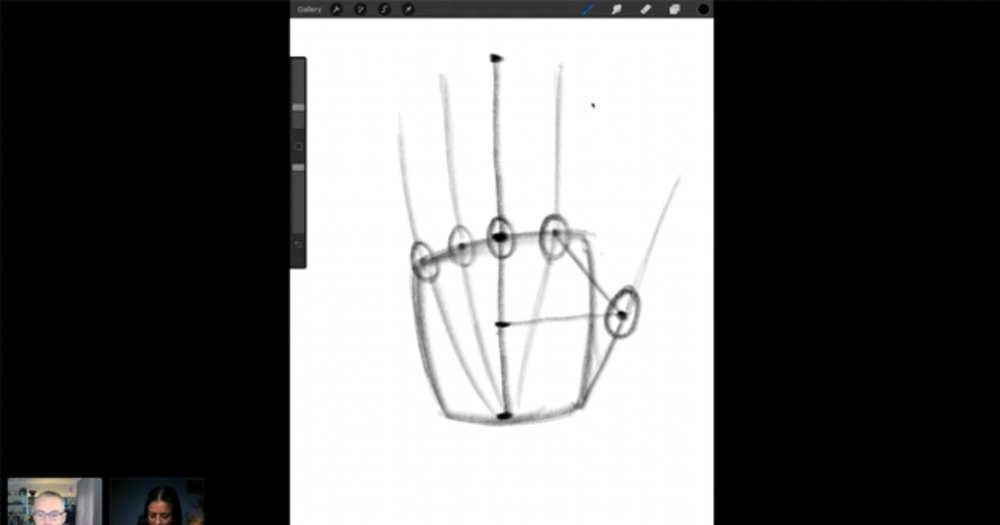 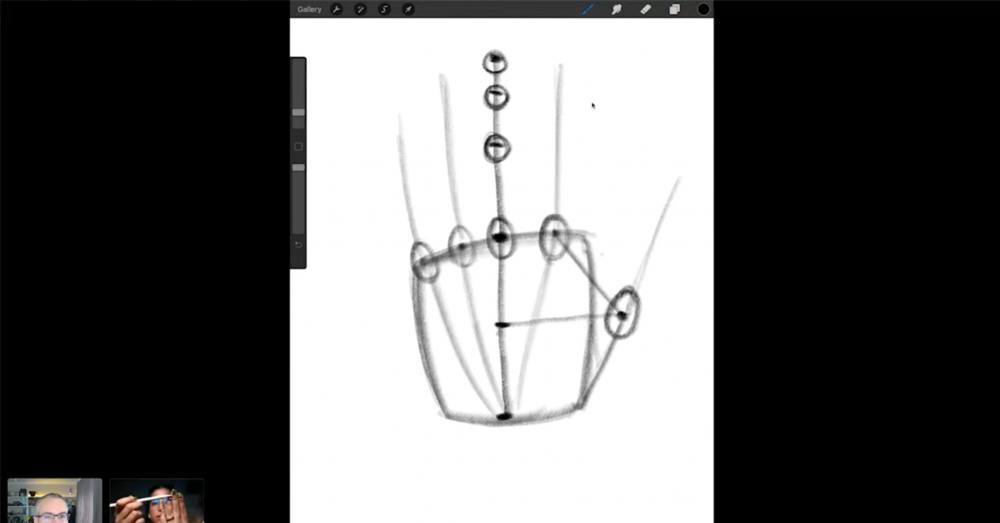 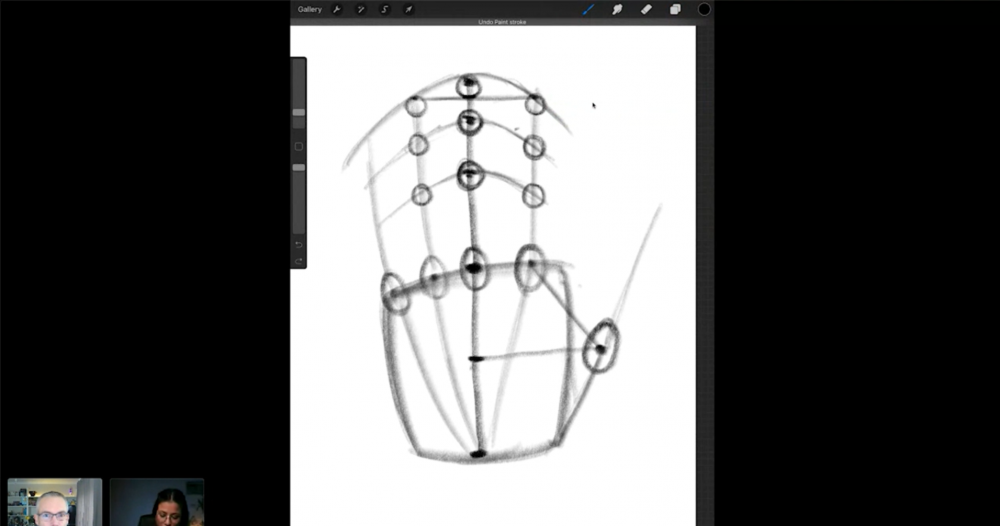 The pinky reaches the second section of the ring finger. Draw the three circles on the pinky. 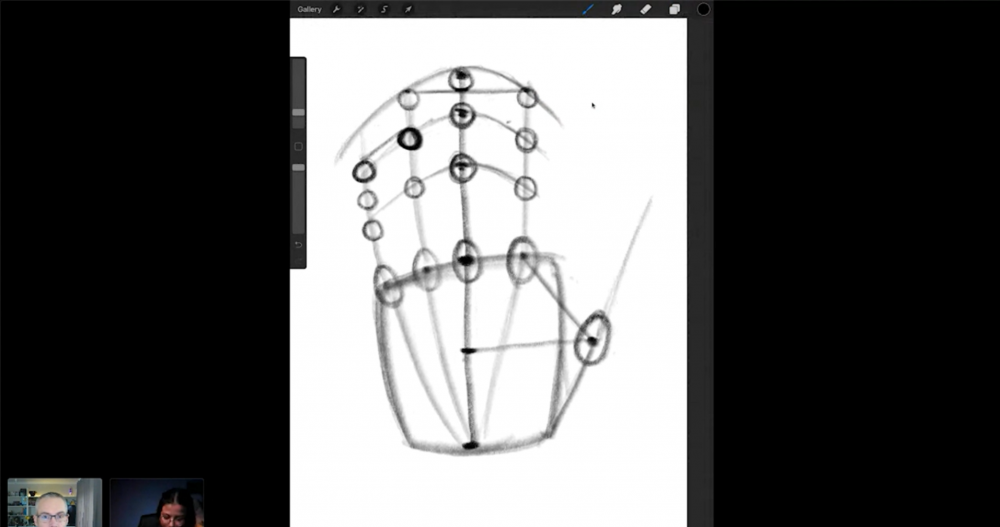 Form the Wrist of Hand

Form a circle beneath the palm and the thickness around the circle. 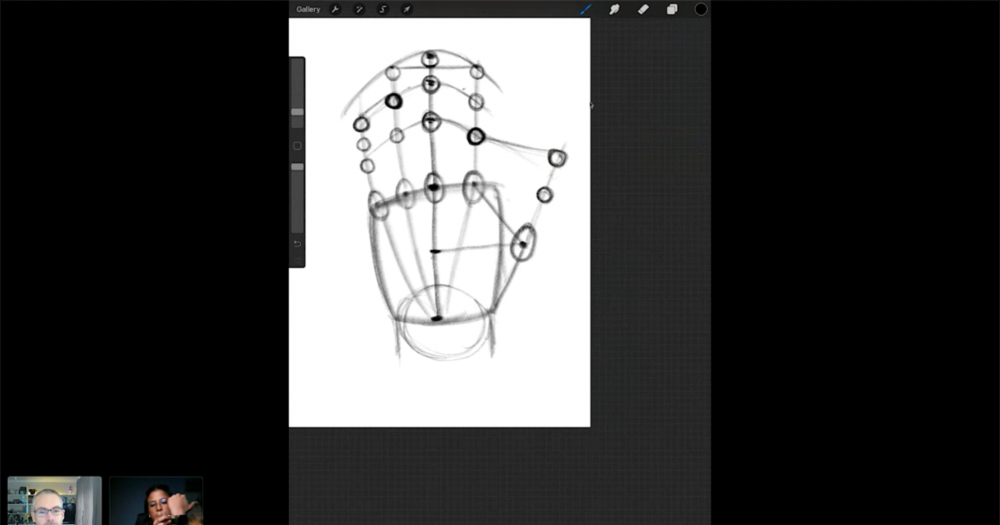 Select Main Pencil from the Procreate Brush Library. Create finer lines for the entire hand. Use your own hand as a reference photo while drawing the finer lines. The lines of our hands are not straight, they are a little curved. The sections of the fingers are not like boxes, rather small cushions. 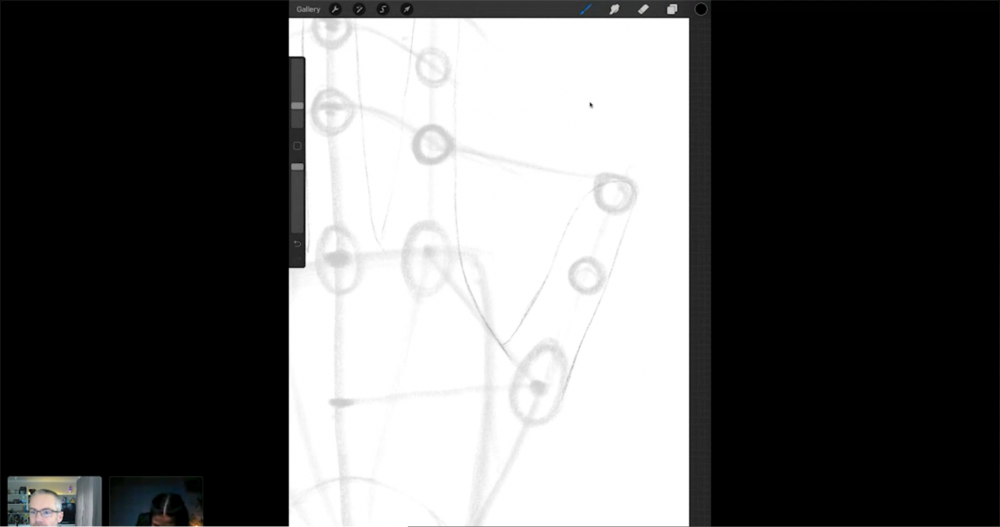 Close the layers and now you can see the entire outline of the hand. 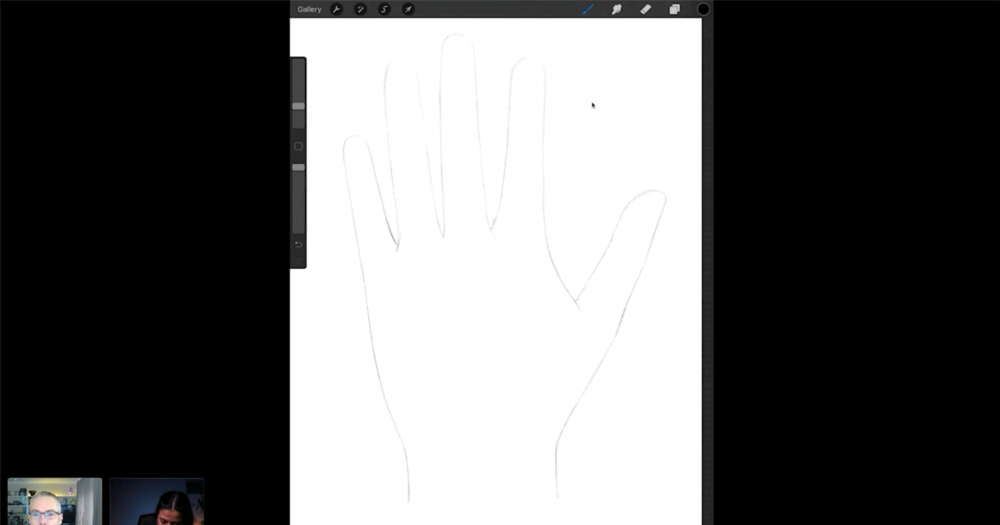 Start creating nails by first drawing the bed of the nail and forming the upper shape of the nail. Add lines and shadows with super delicacy on the hand to create a realistic structure. 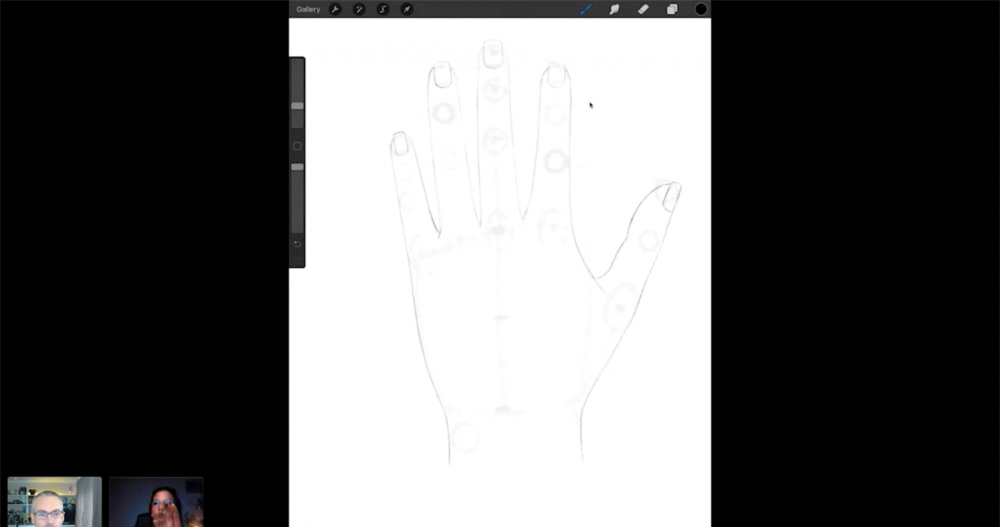 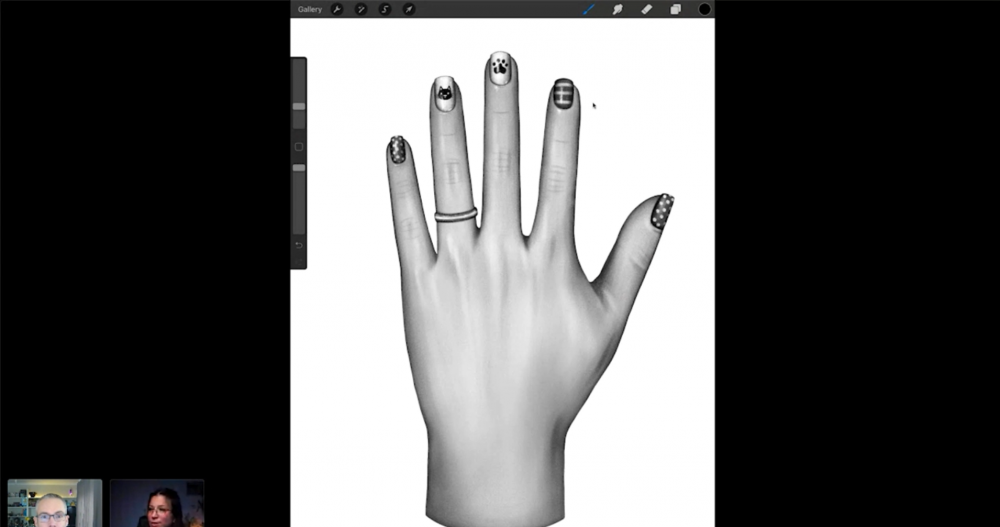 Congratulations! You have drawn a realistic hand in Procreate and also learned some amazing tips. 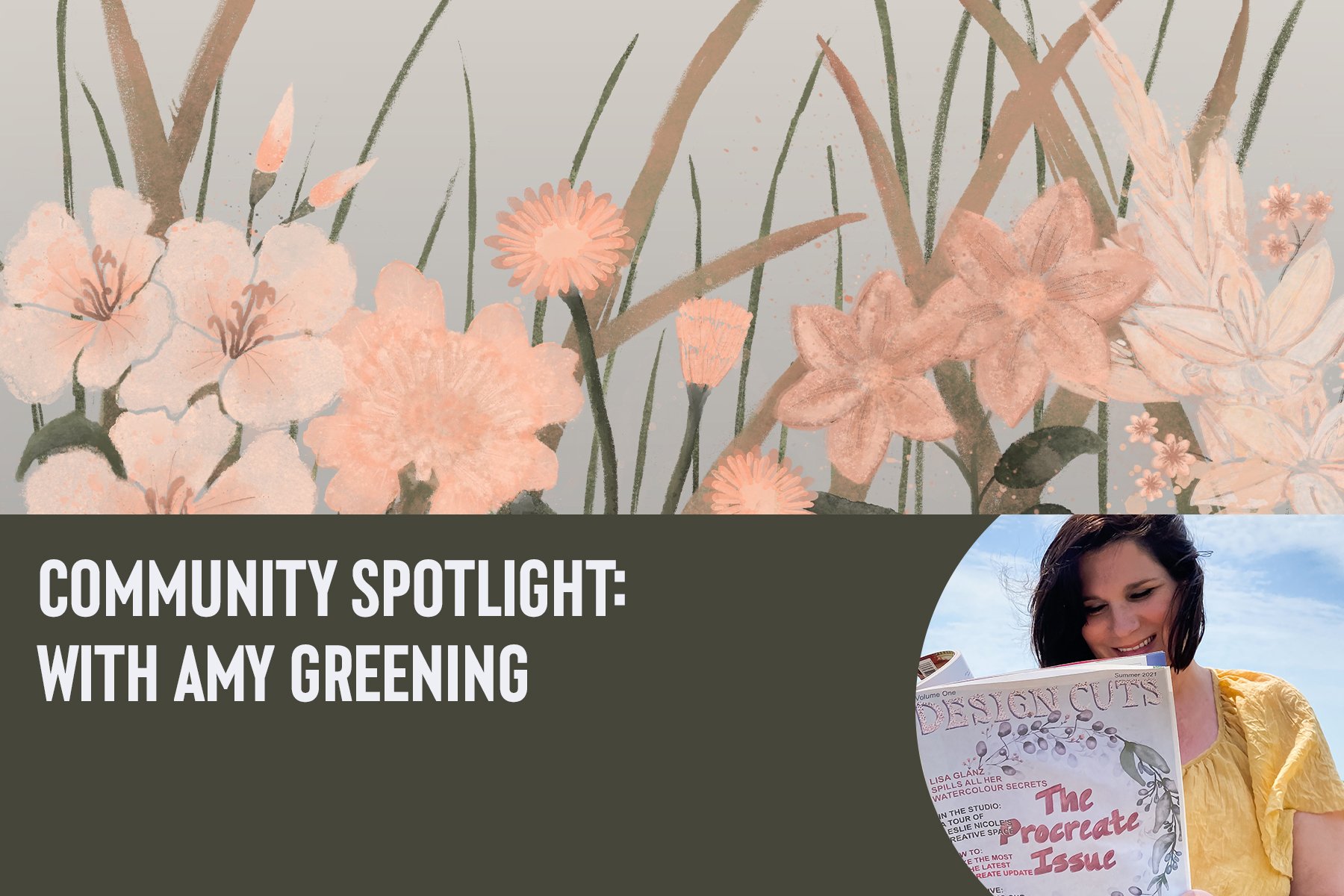 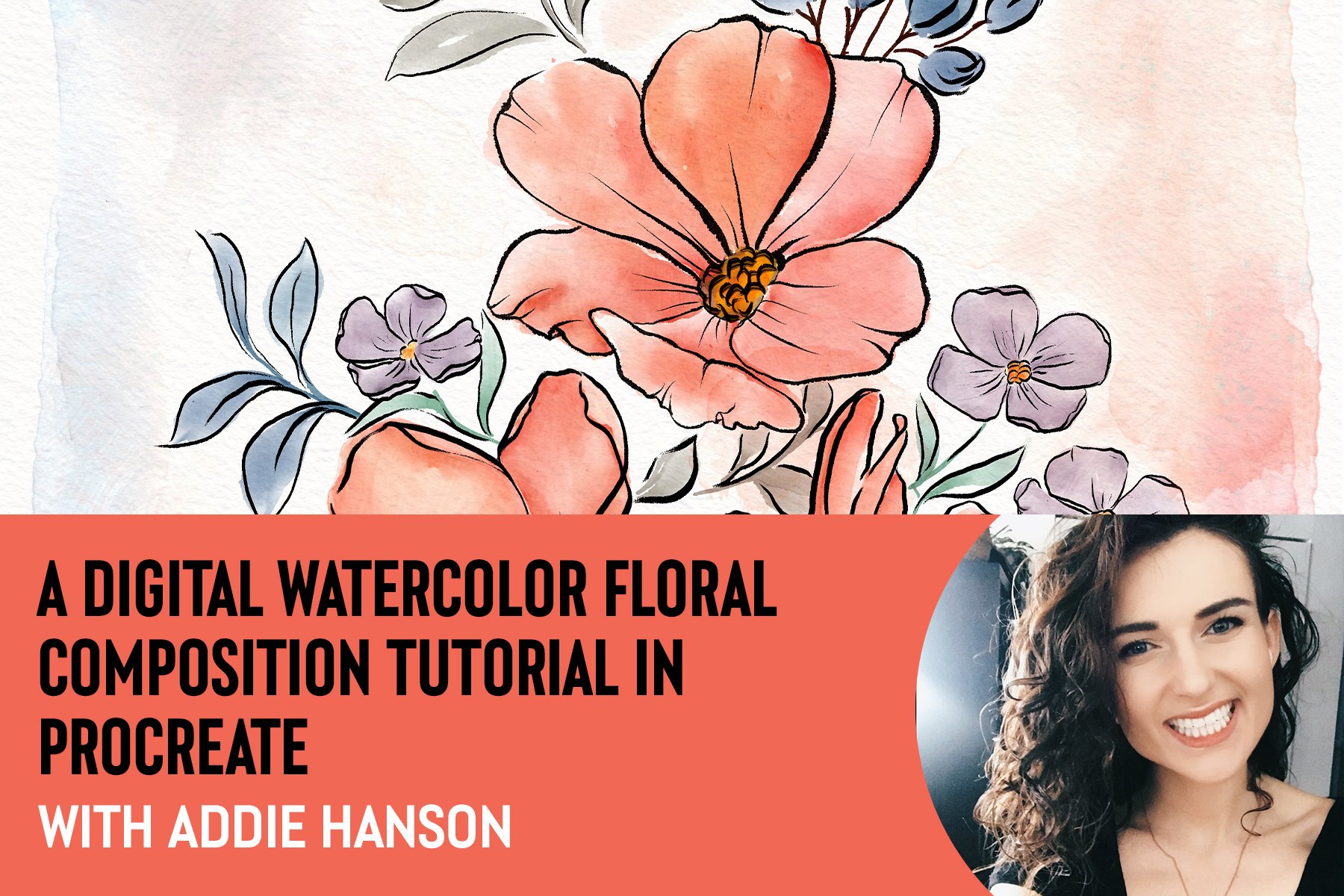