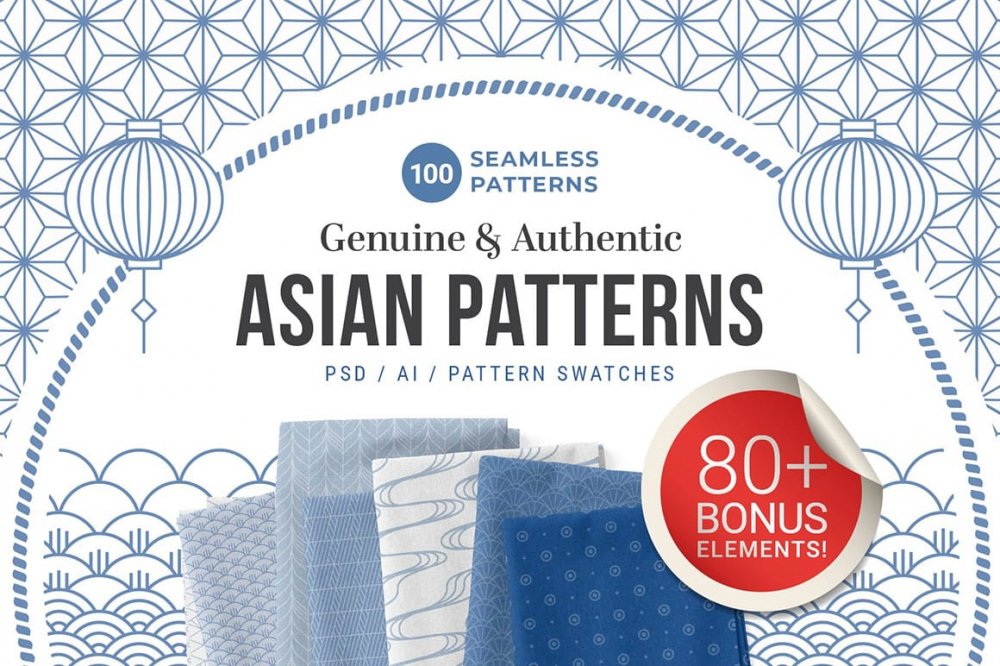 A timeless collection of 100 Asian Patterns, thoughtfully-researched and culturally accurate, yet modern and contemporary in style. 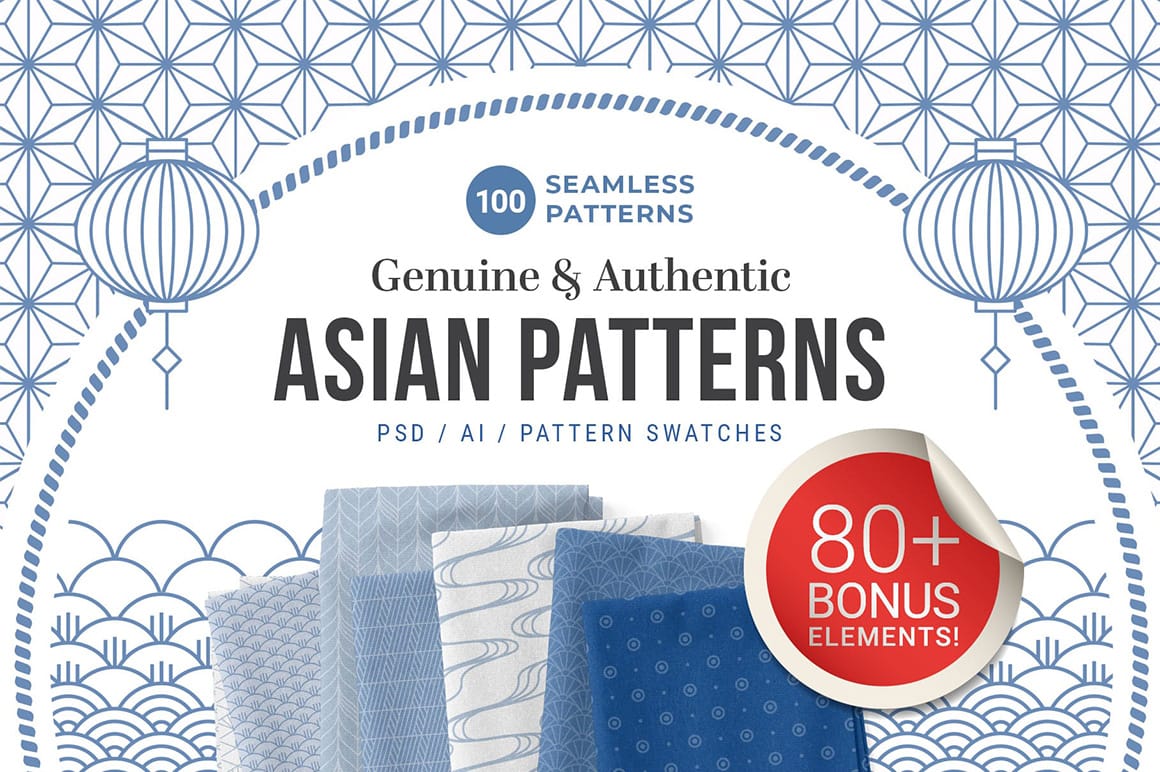 Pattern work has for centuries been an integral part of Asian design, with deep rooted meanings and cultural symbolism.

From ceramics and pottery to textiles and architecture, seemingly simple ornamental patterns carry with them a rich cultural heritage.

It’s this centuries old heritage we’ve drawn on to produce our collection of contemporary Asian patterns, strongly influenced by traditional Chinese and Japanese shapes, as well as styles from Korea, Vietnam, Thailand & Cambodia.

This product is a collection of vector patterns for Photoshop & Illustrator. The patterns are organised as Illustrator swatches and Photoshop .PAT files. There are also example AI & PSD files to give examples of how to change colours.

We’ve also included 30 seamless Asian Borders as Illustrator brushes & Photoshop shapes, and a collection of Asian-inspired illustration elements to use alongside your patterns. 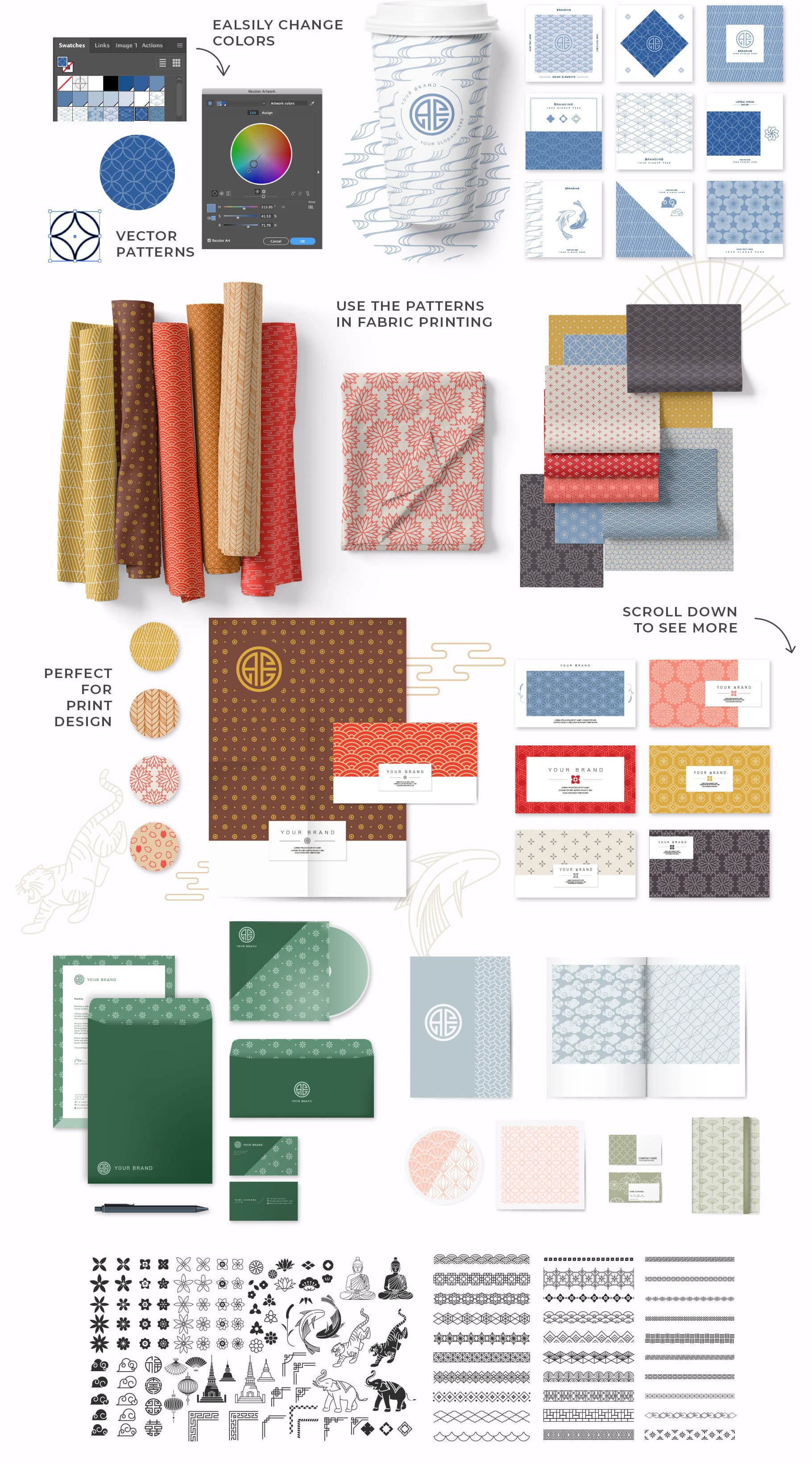 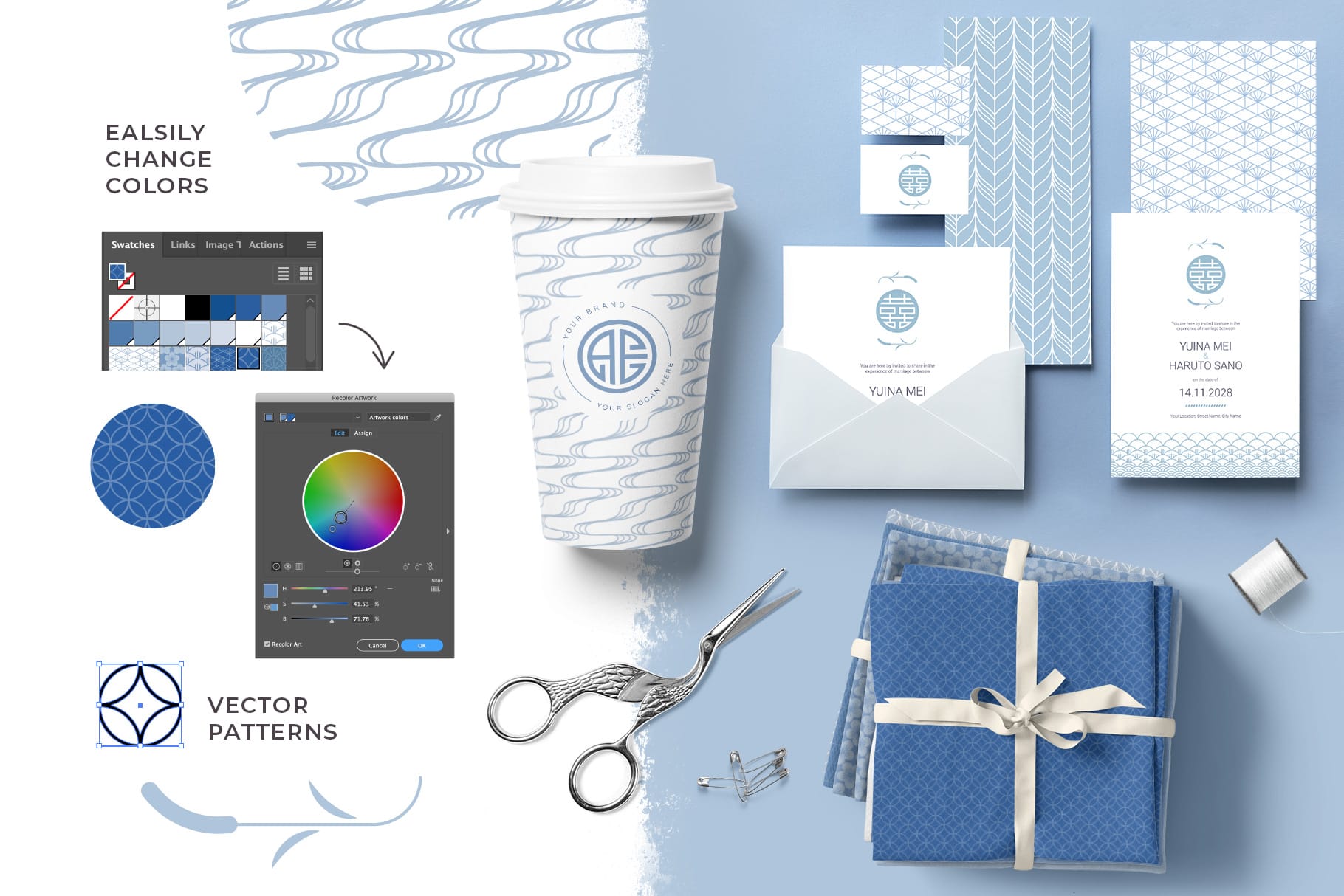 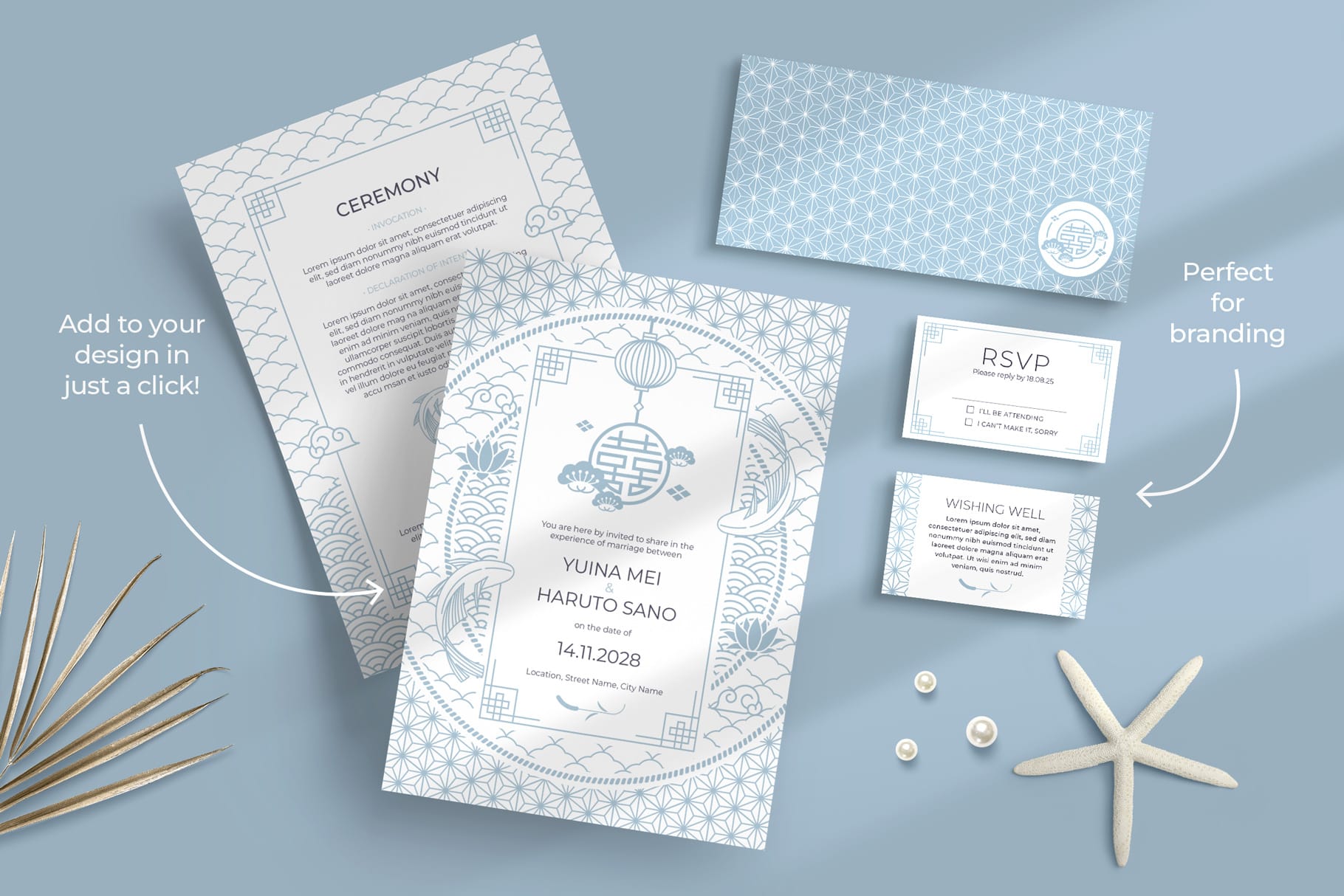 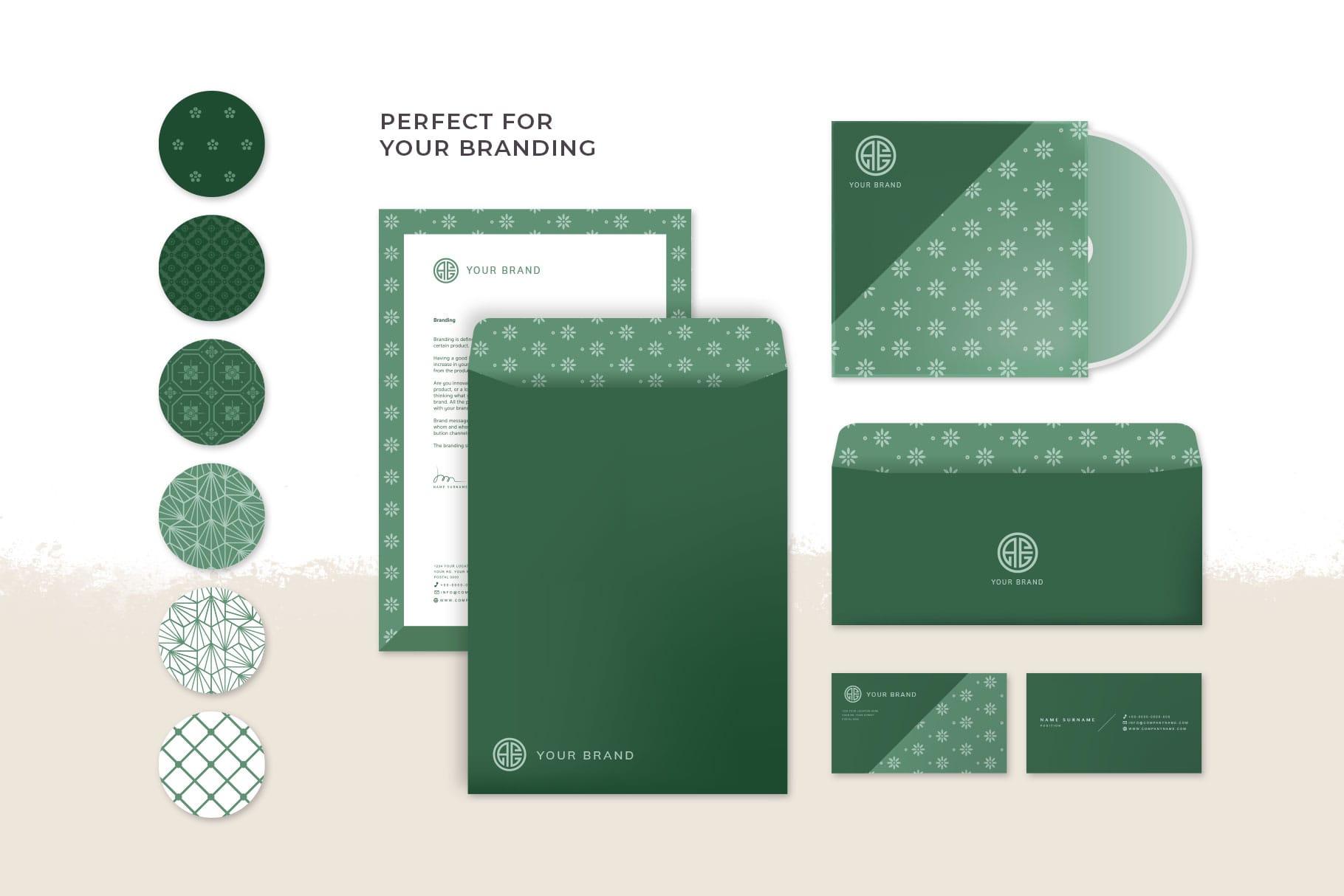 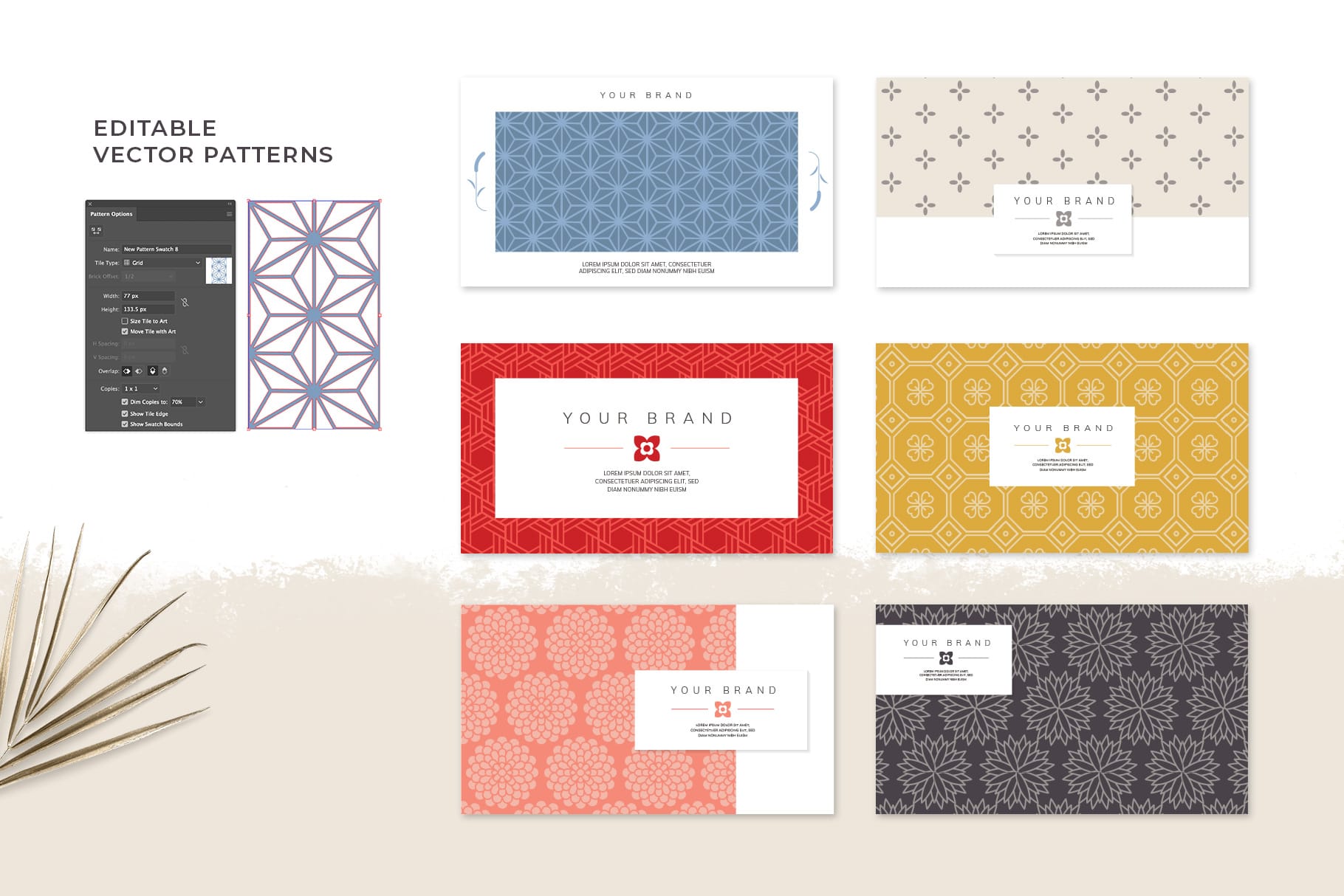 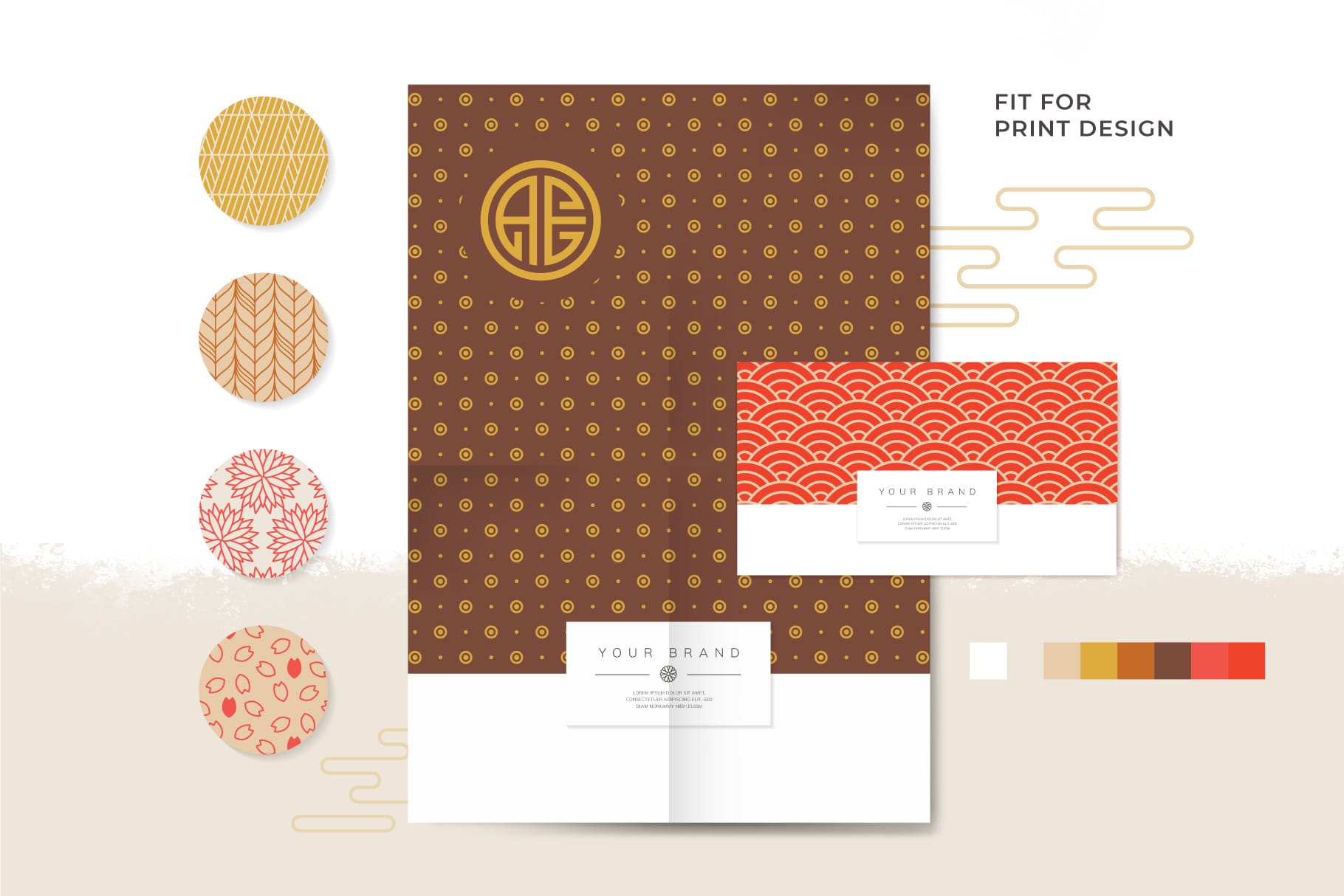 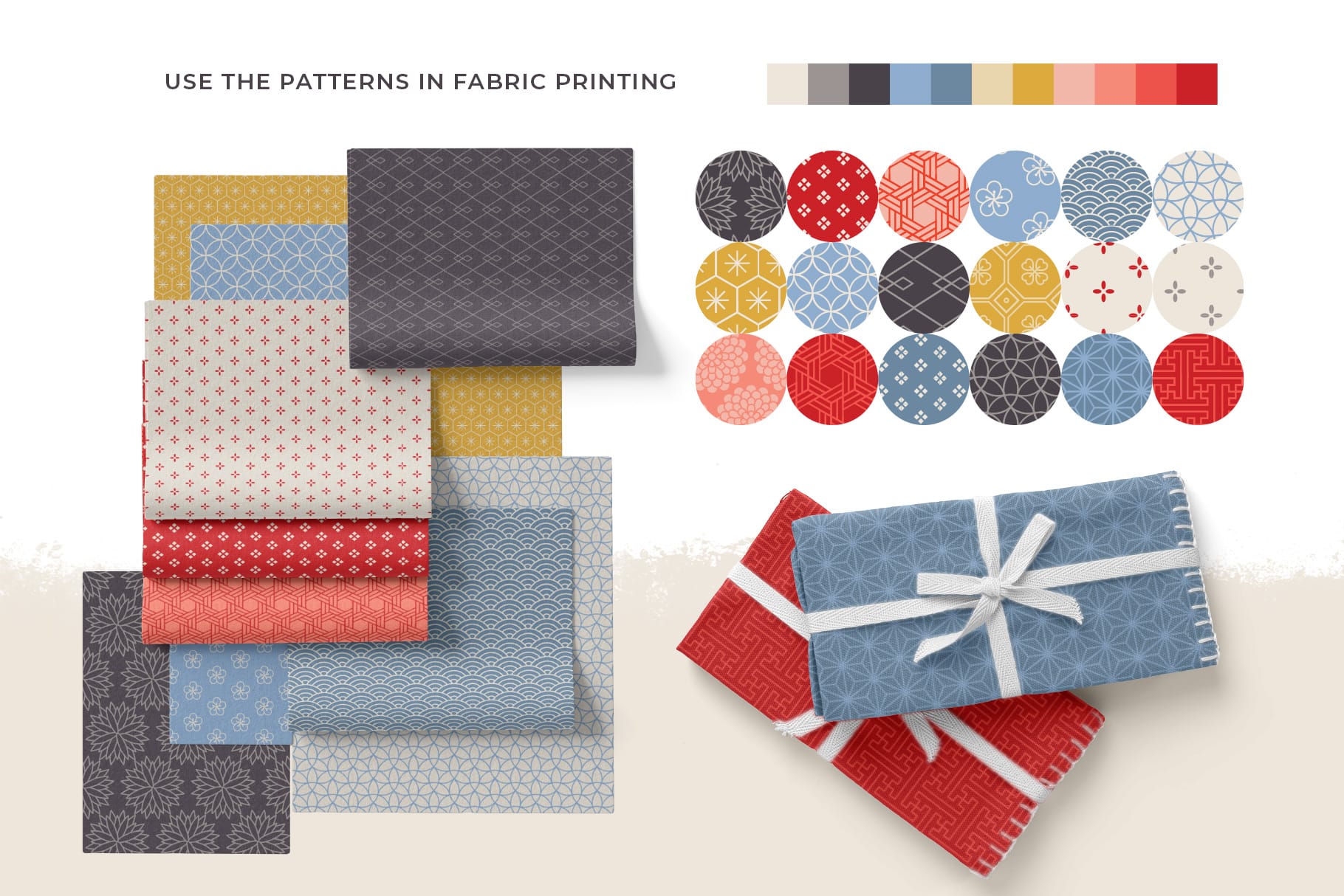 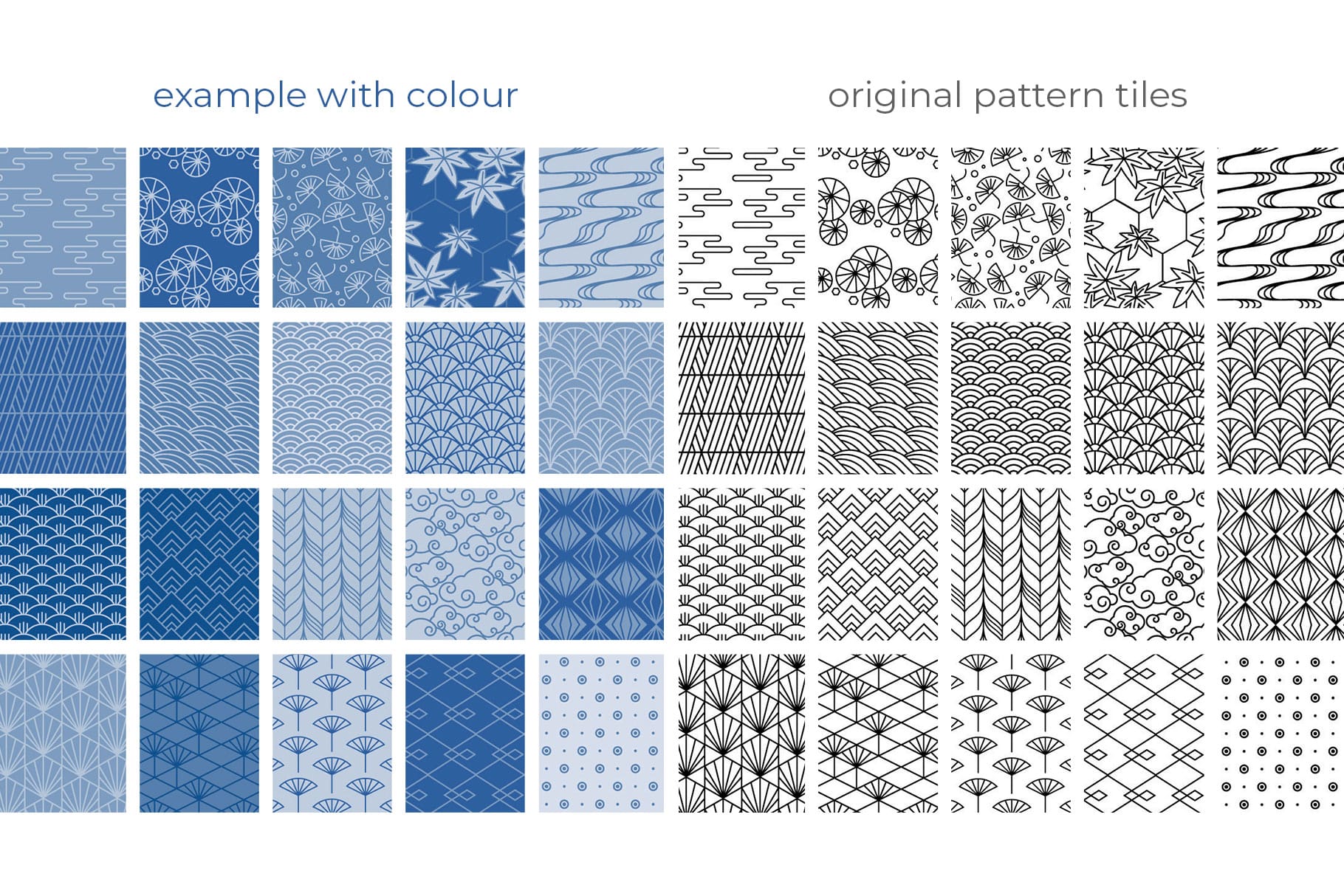 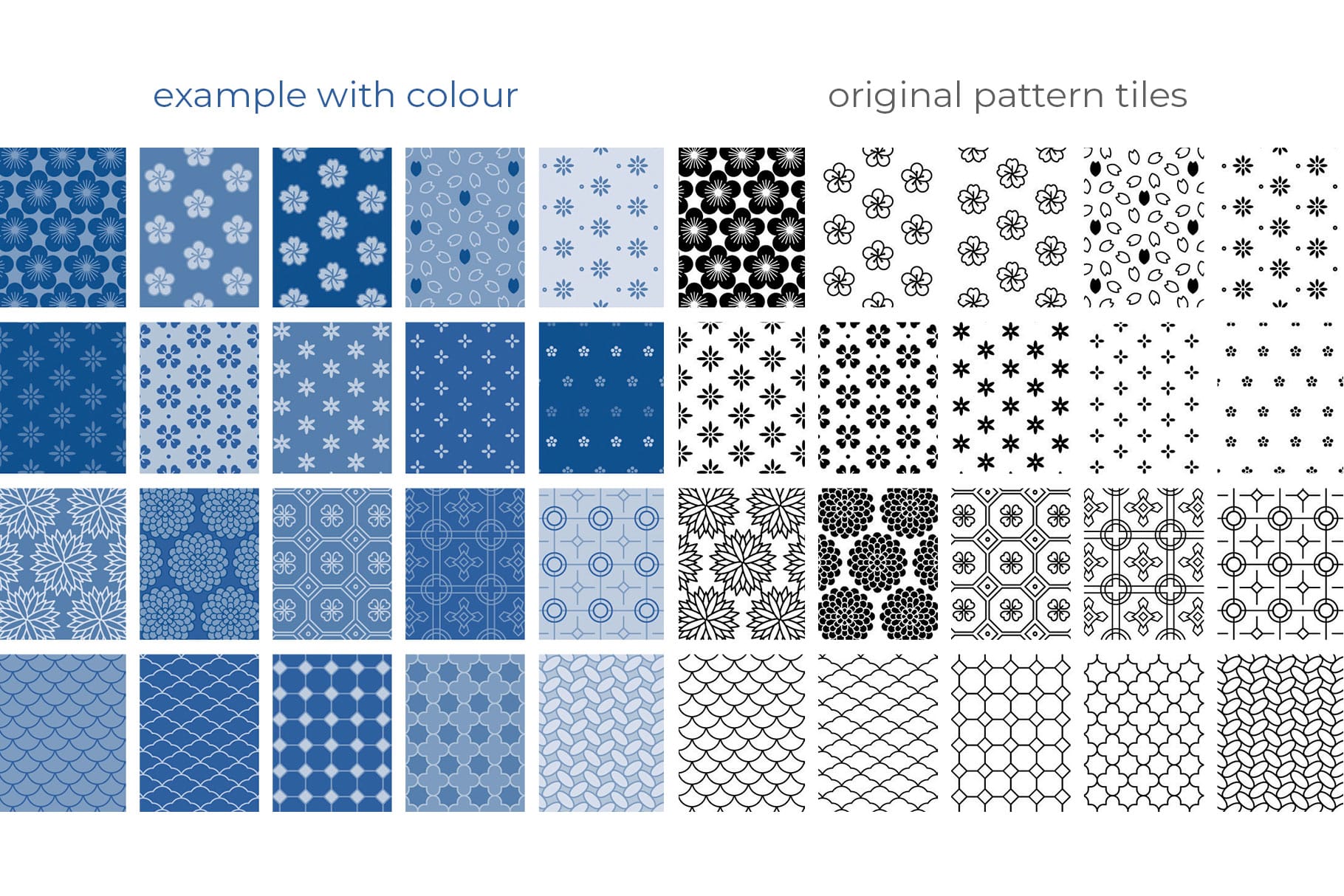 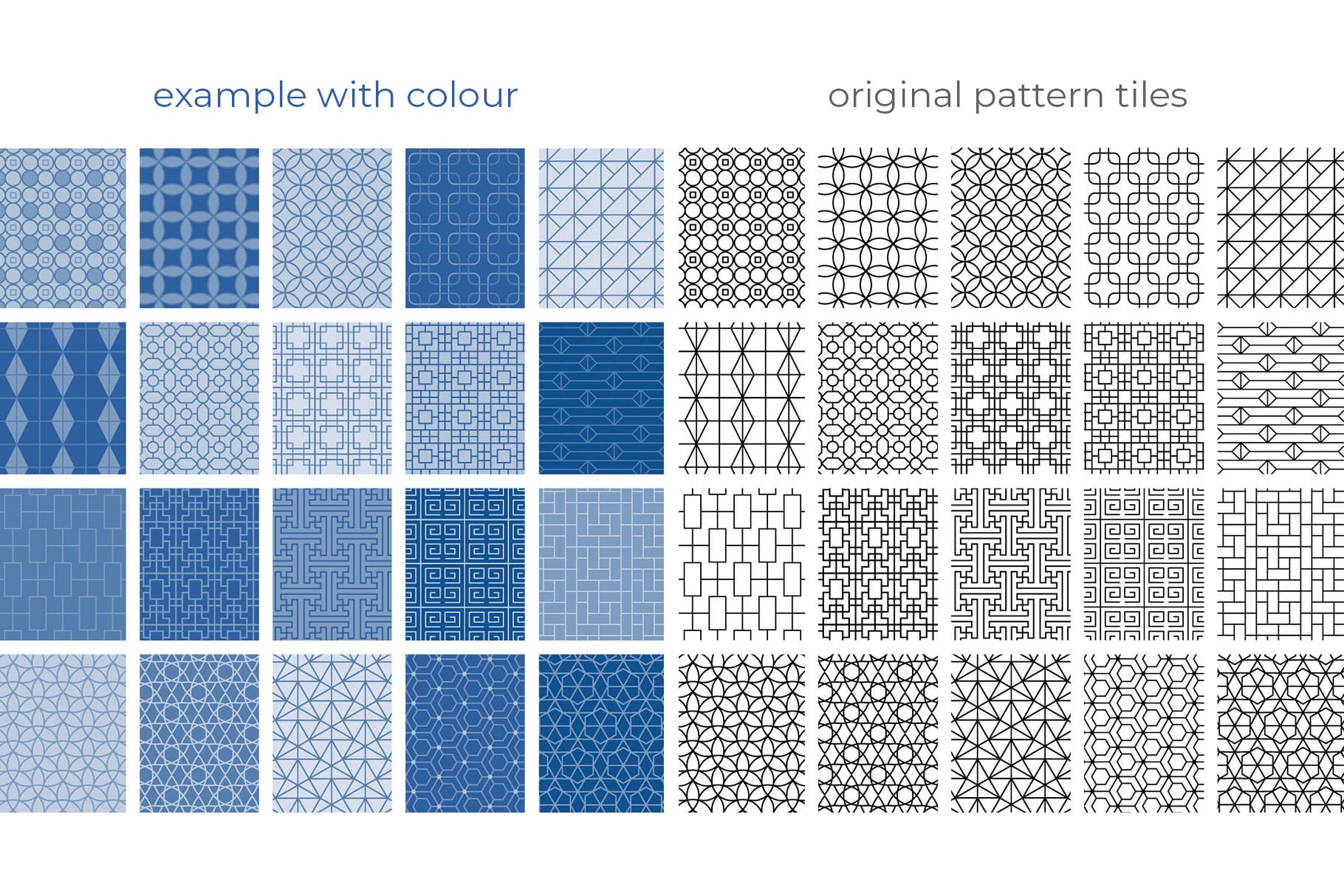 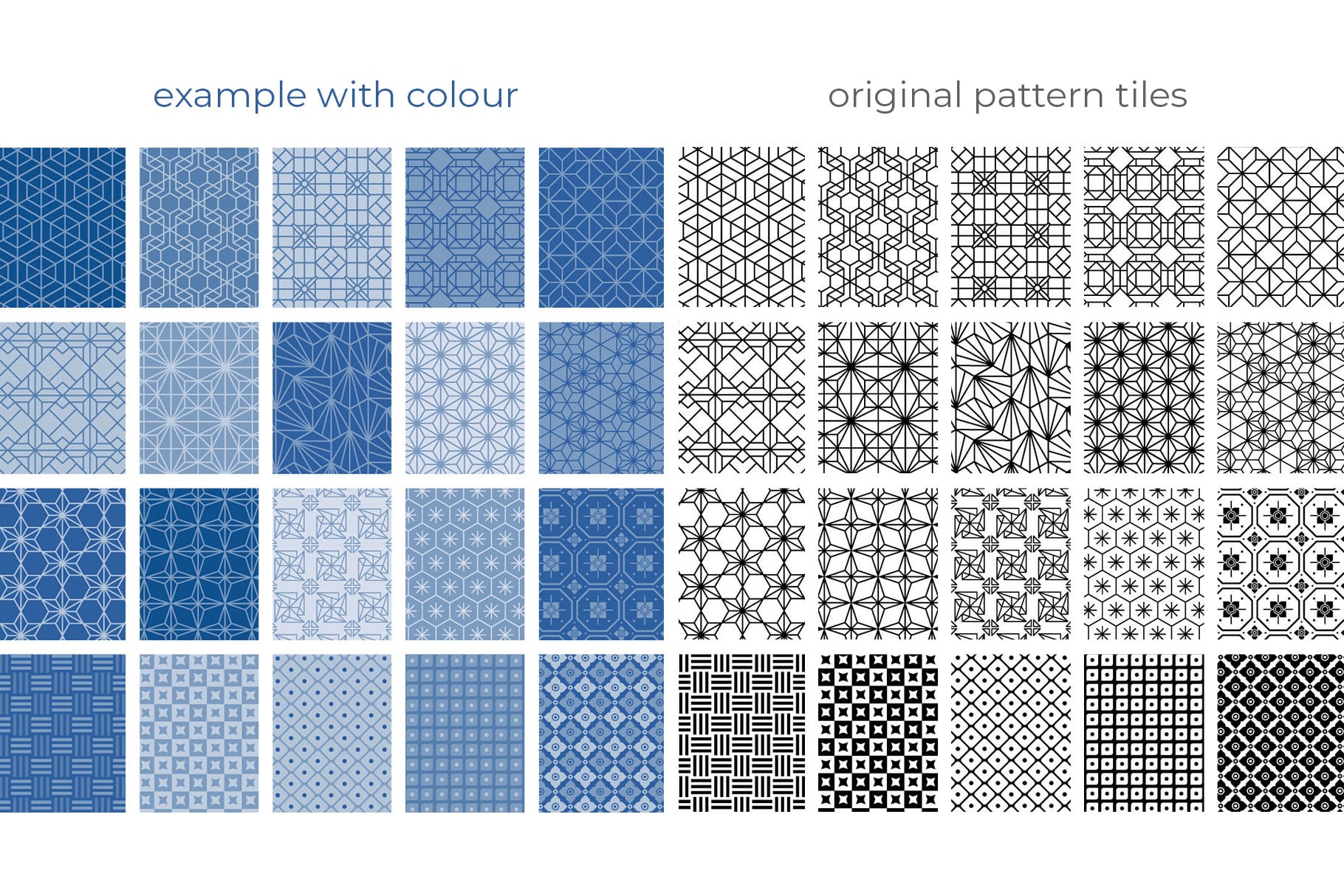 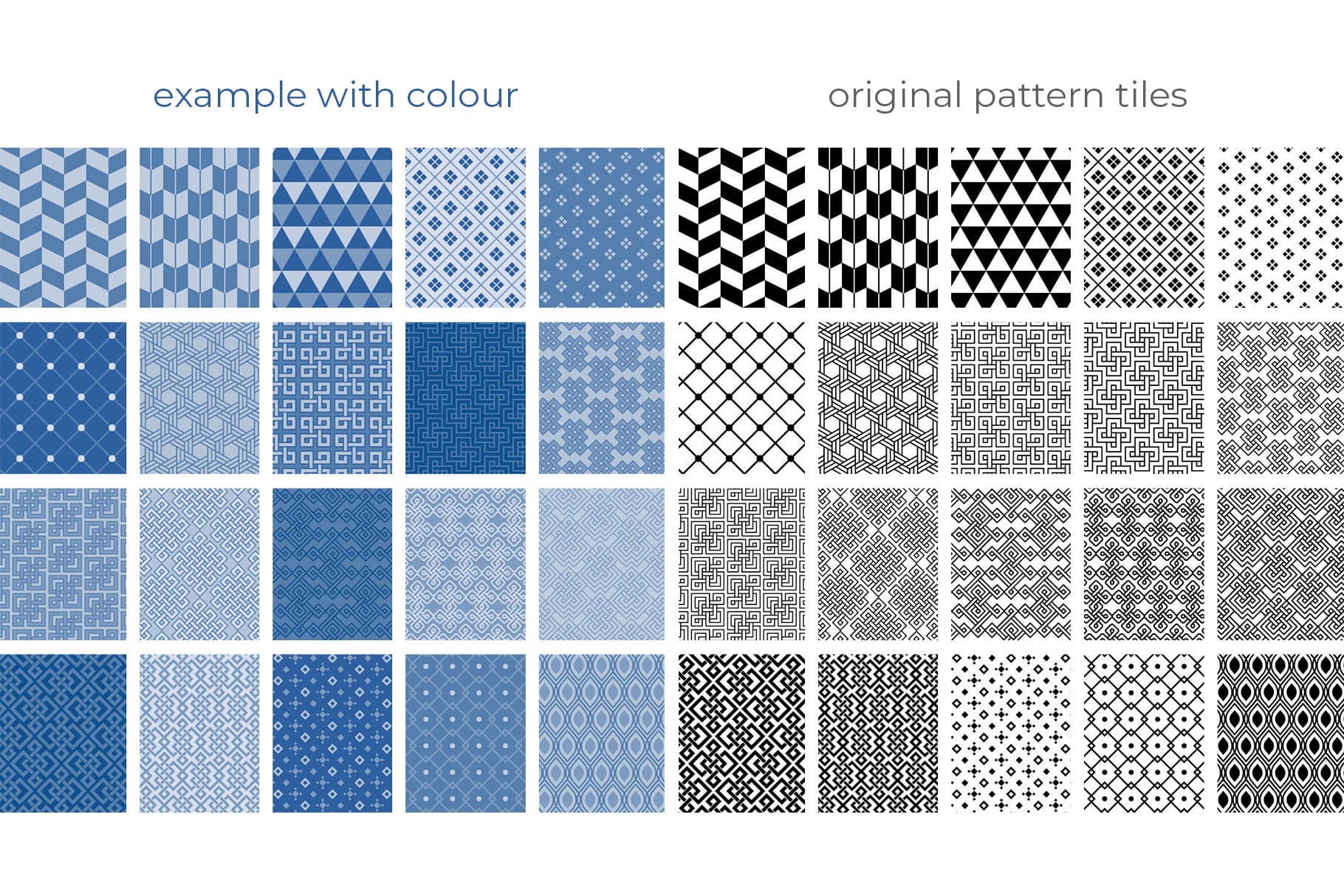 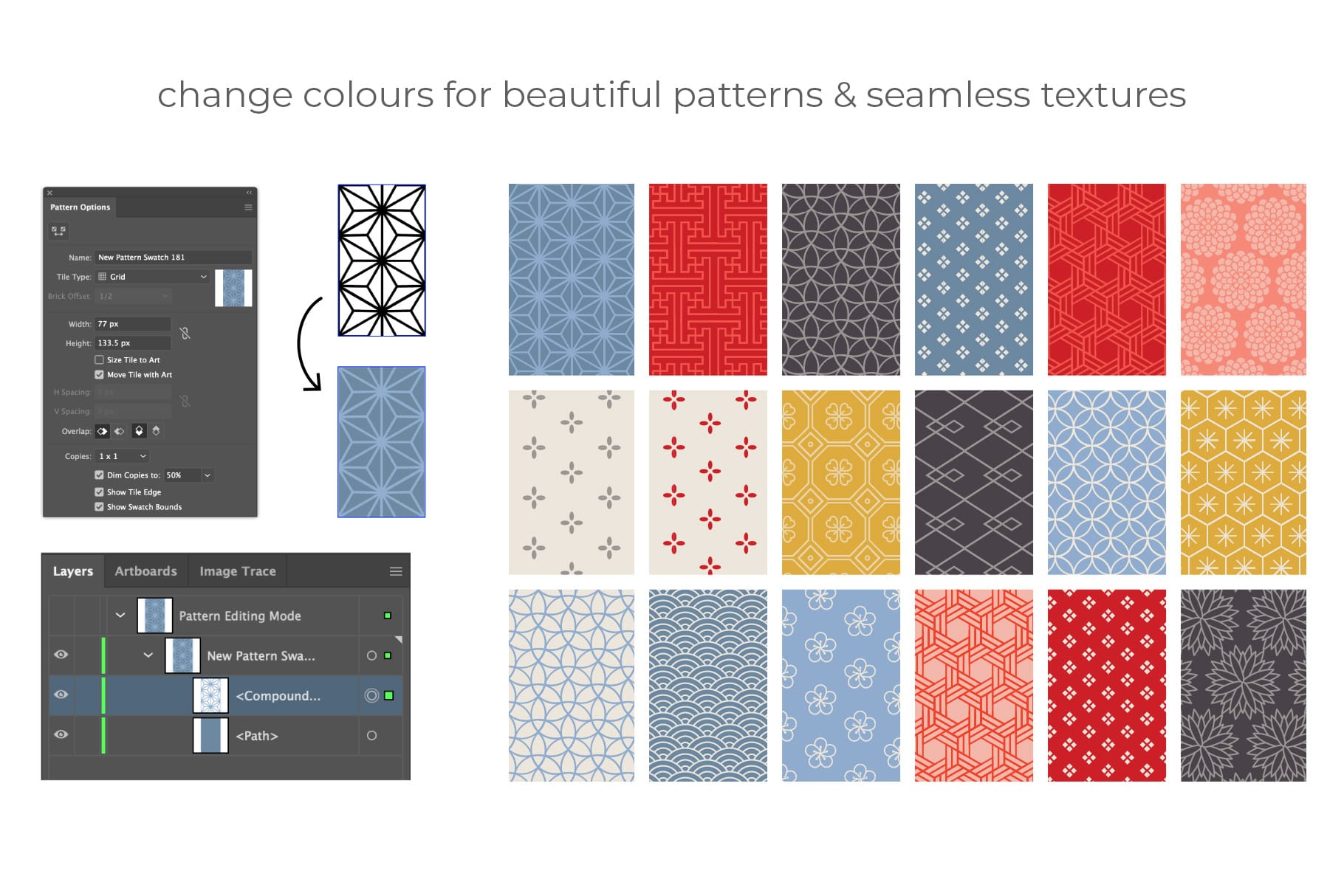 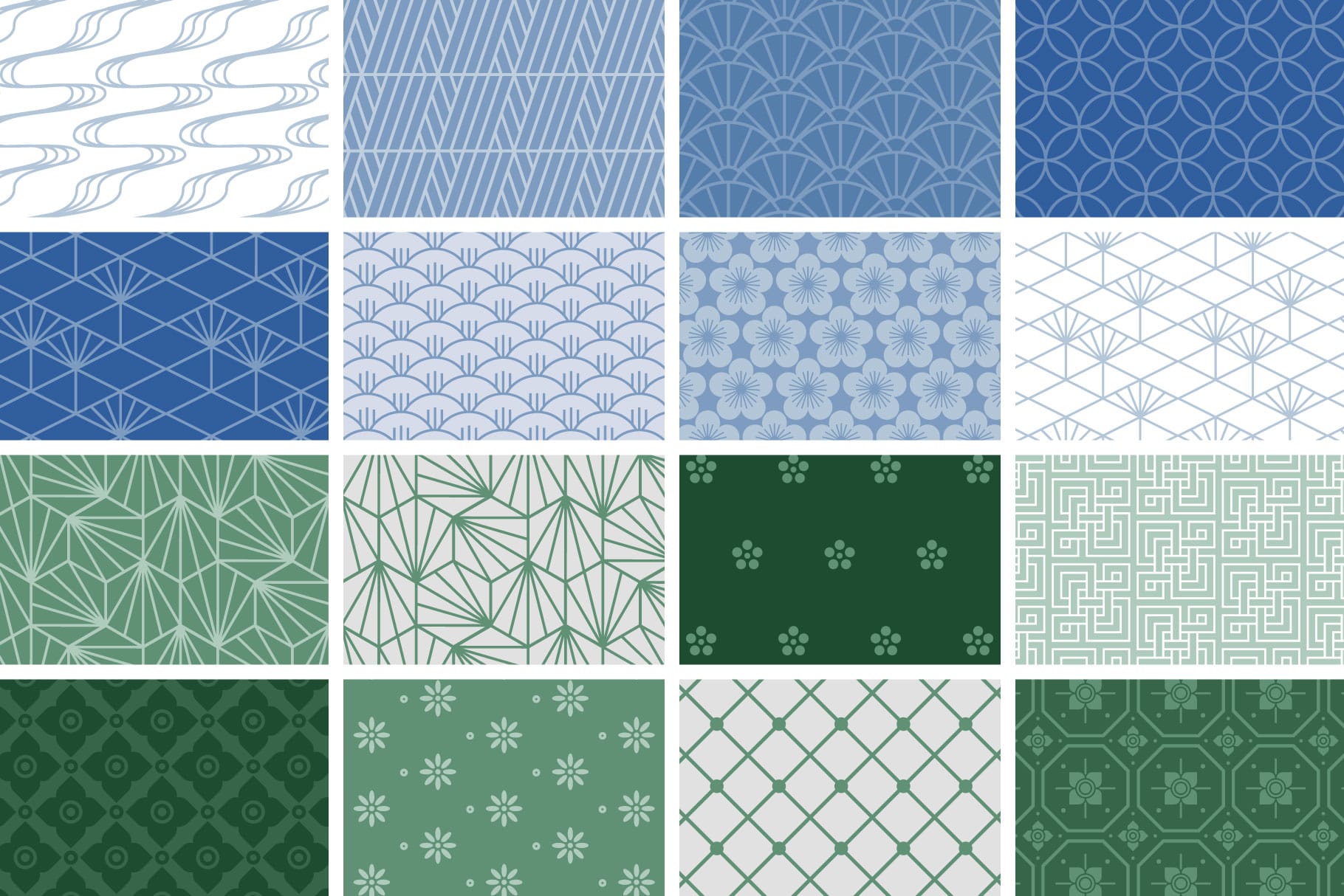 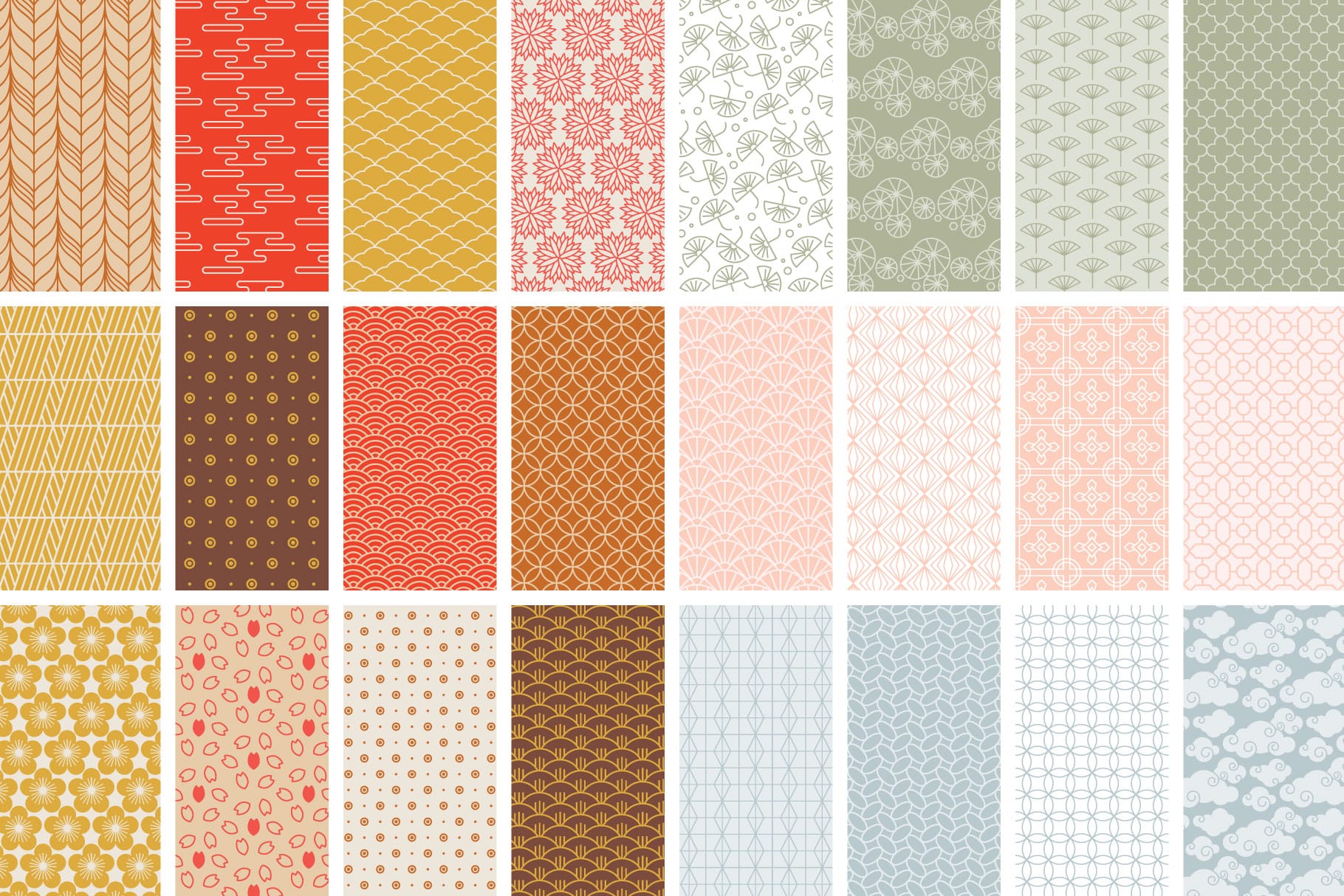 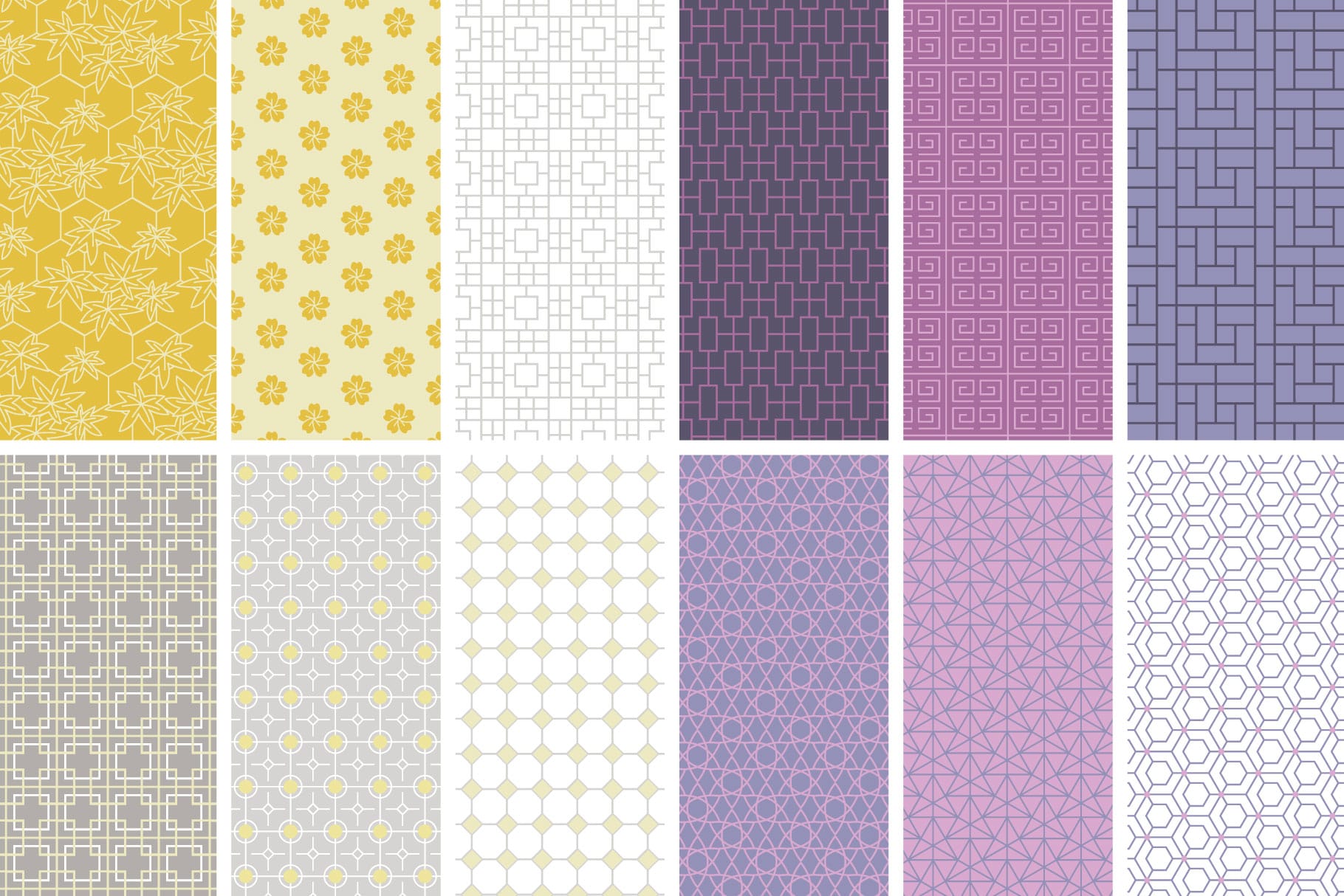 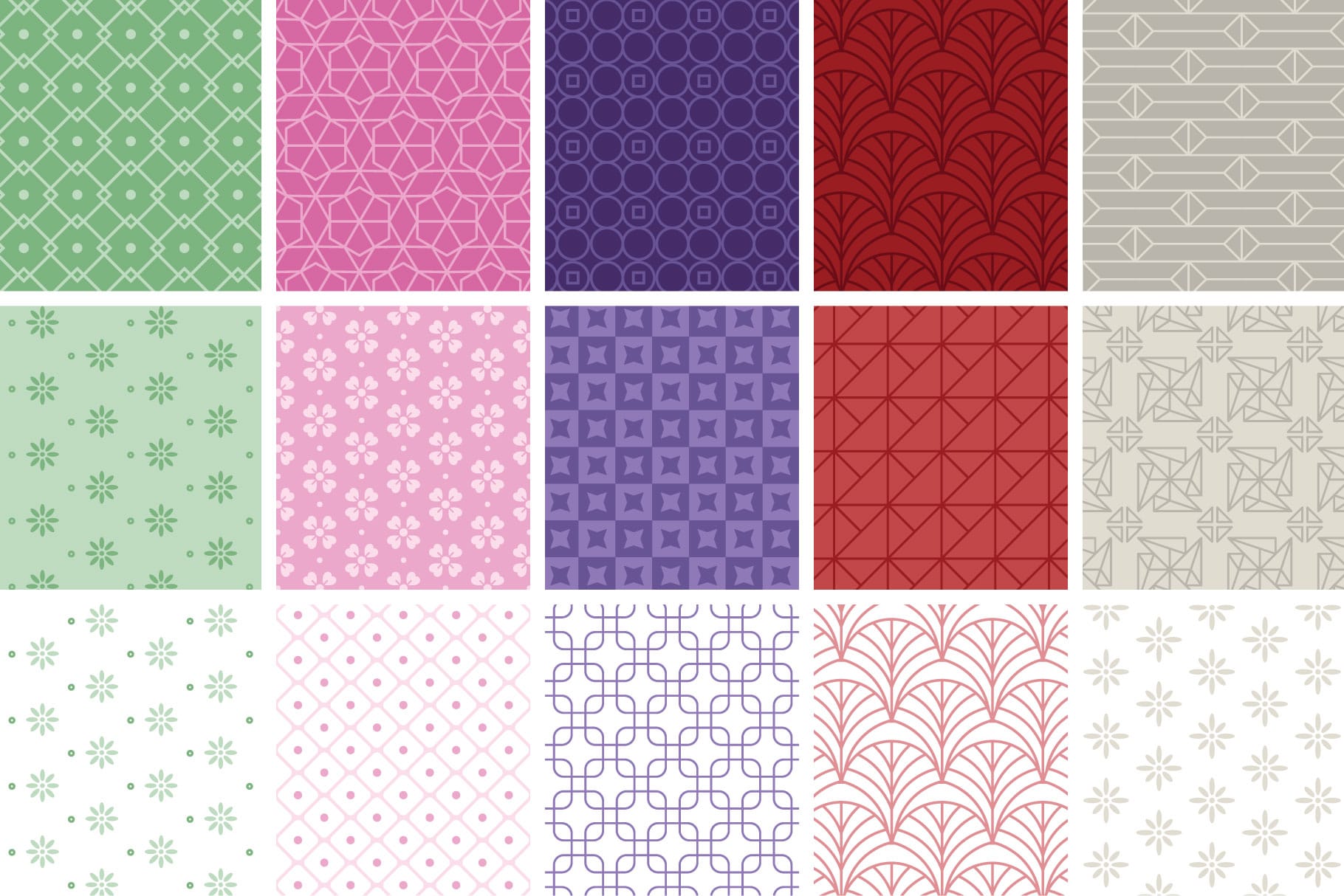 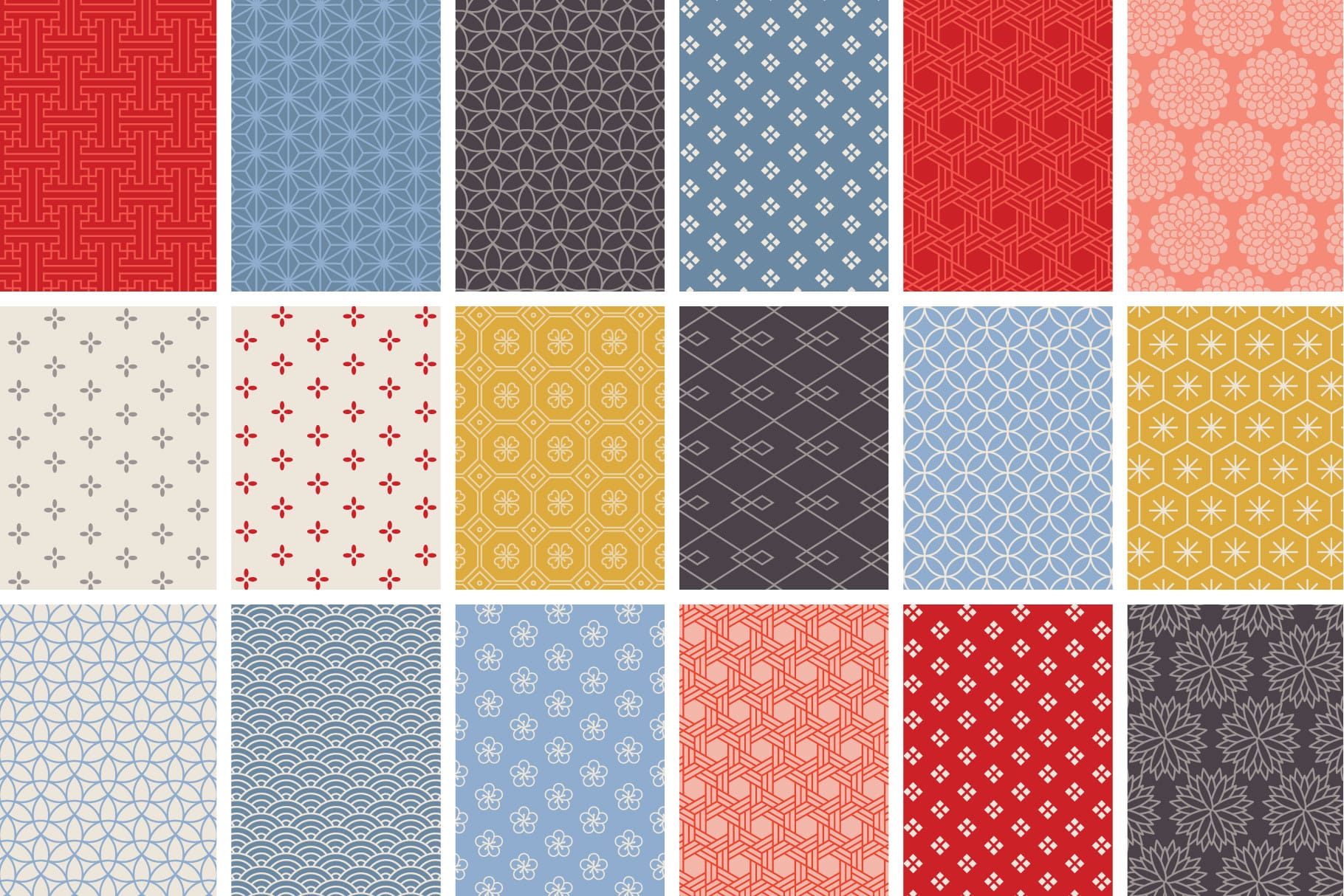