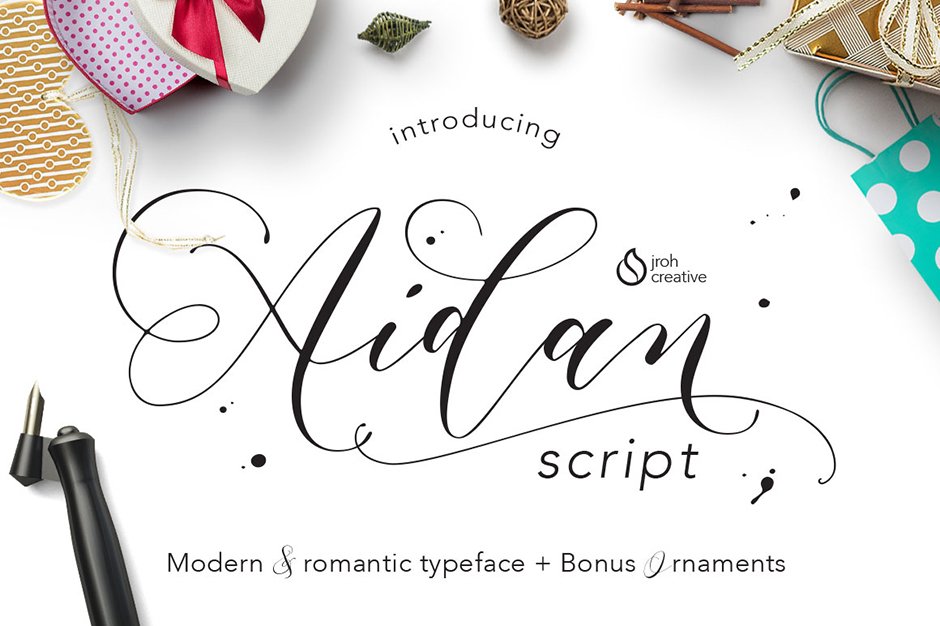 Aidan is a modern copperplate calligraphy with a romantic and dramatic movement. It suitable for wedding invitation, greeting cards, watercolor based design, or anything that need natural feeling to put onto.

In Adobe Illustrator or InDesign; simply open Window Type Glyphs, it will show the Glyphs panel. By default, it will show the entire glyphs contained in the font. If you block a glyph, you can find alternative characters to that glyph easily by changing ‘Entire Font’ to ‘Alternates for Current Selection’ in the Show section. For other programs that doesn’t support OpenType features or Glyphs Panel such as Photoshop, you can use Character Map in Windows to access the alternate characters. 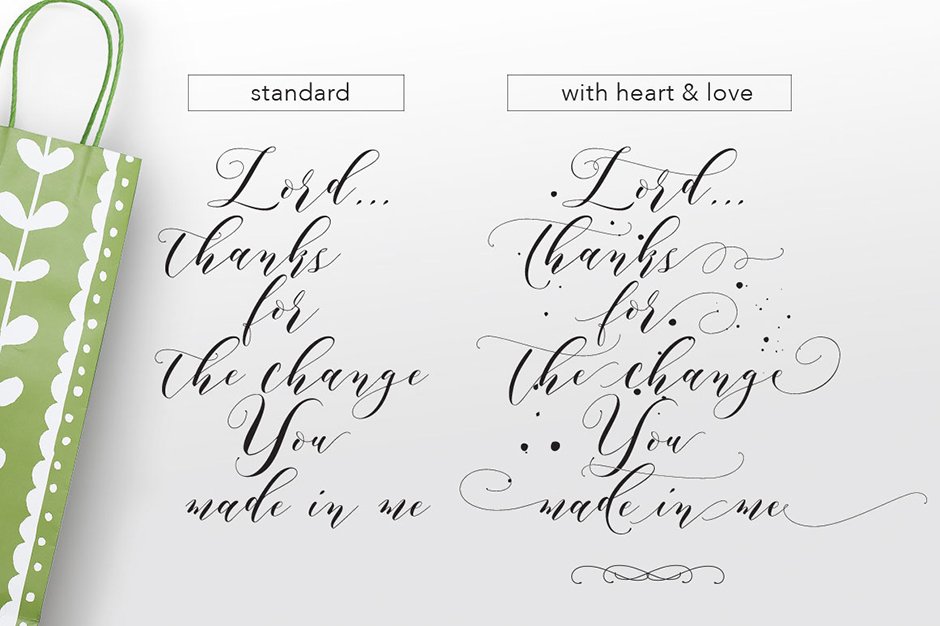 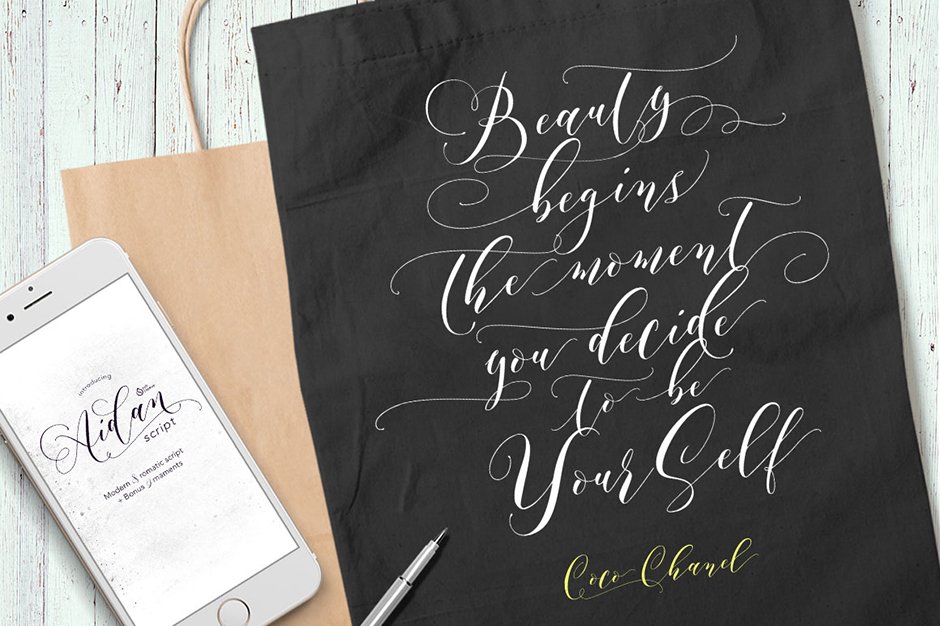 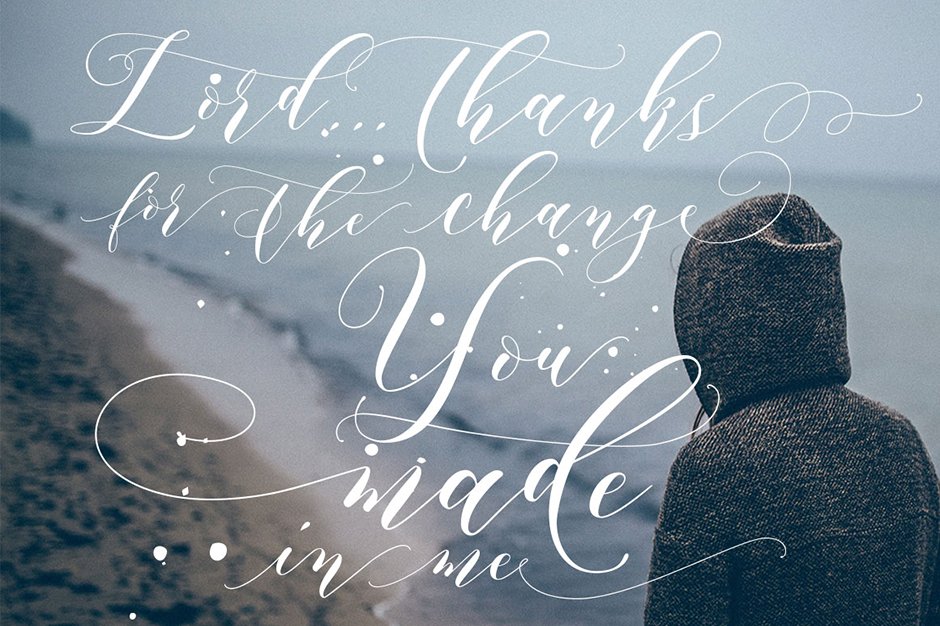 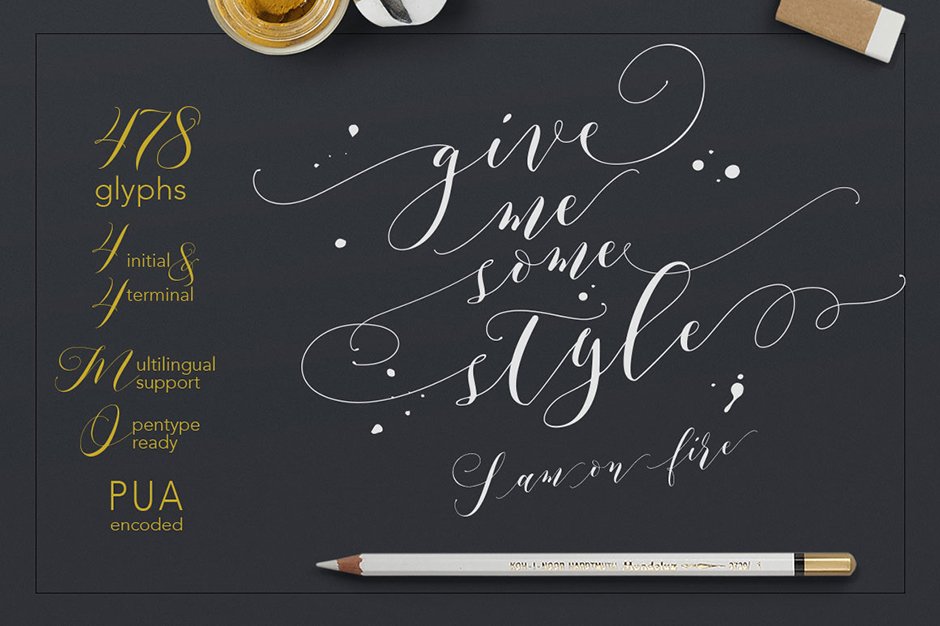 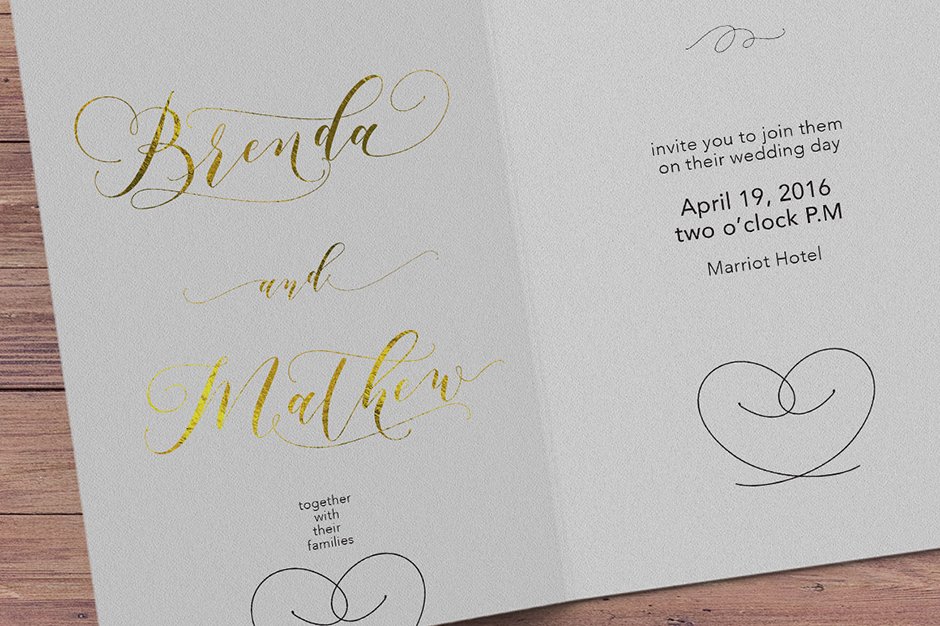 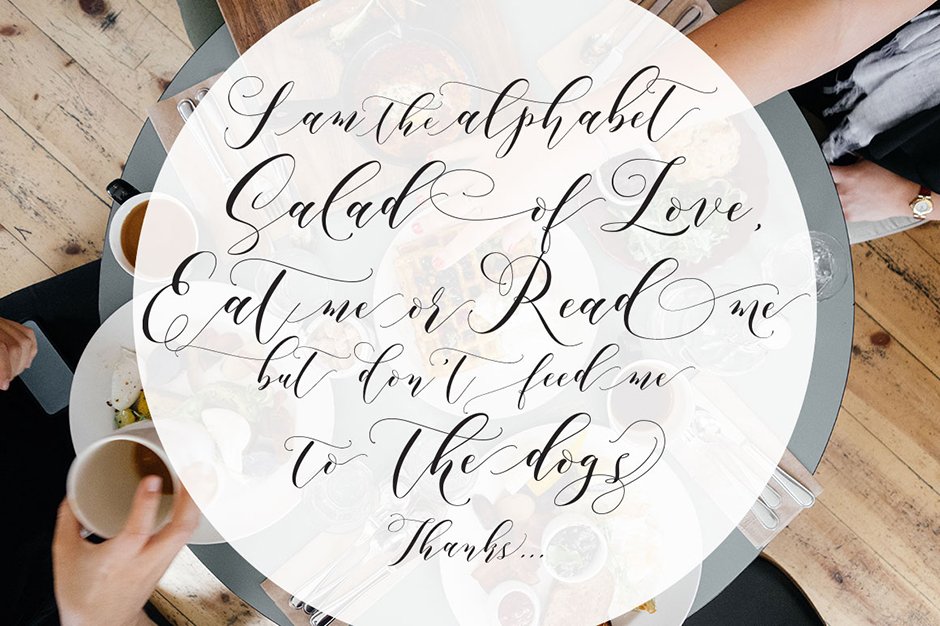