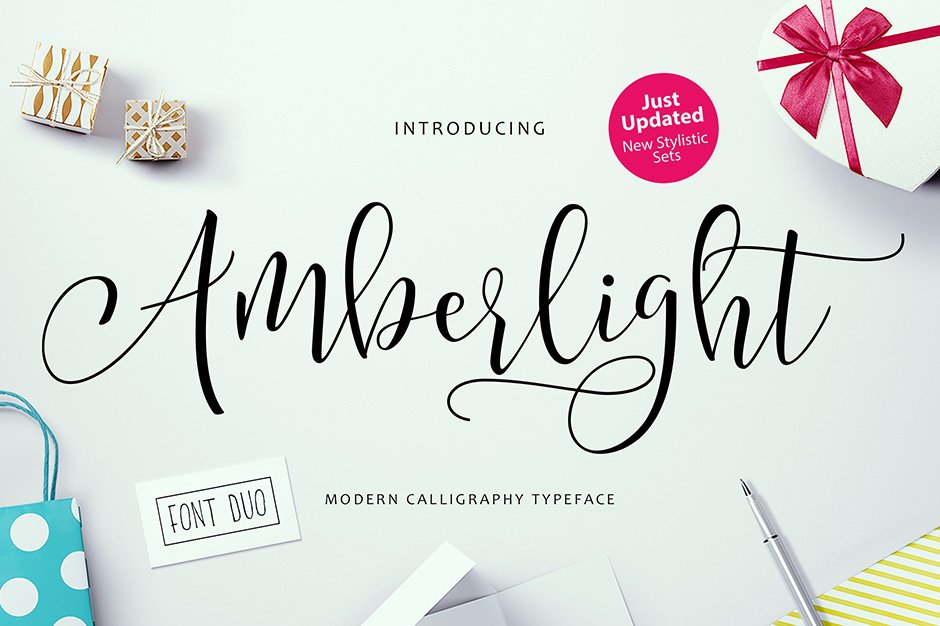 Amberlight comes with 335 glyphs. The alternative characters were divided into several OpenType features such as Stylistic Sets, Contextual Alternates, and Ligatures. The OpenType features can be accessed by using OpenType savvy programs such as Adobe Illustrator and Adobe InDesign.

Be the first to comment on “Amberlight” Cancel reply