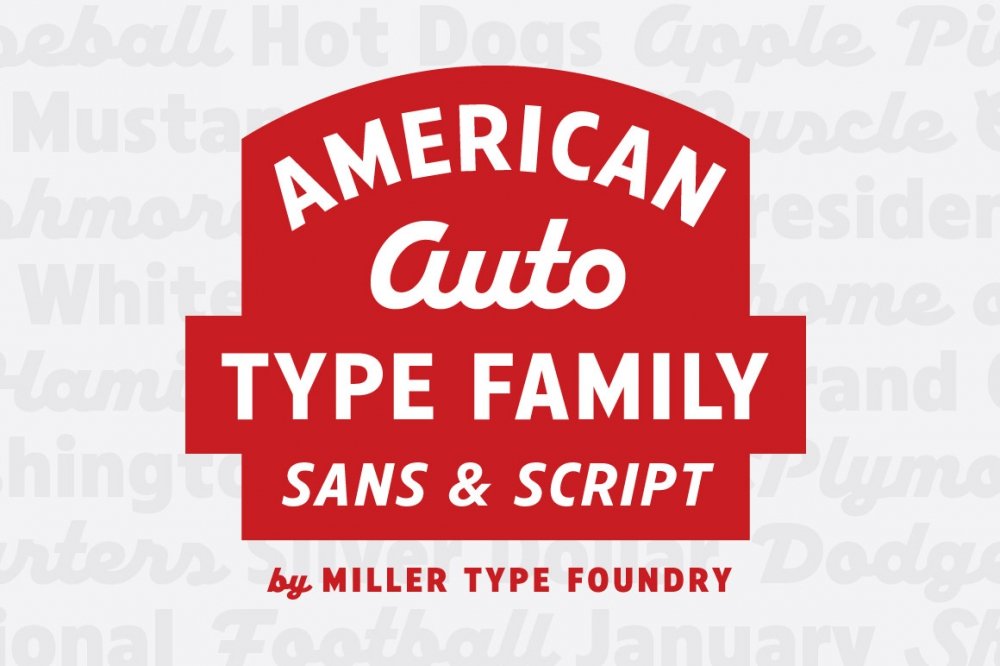 Type family that combines a robust sans serif and a stylish script, each with 7 weights (21 styles total). 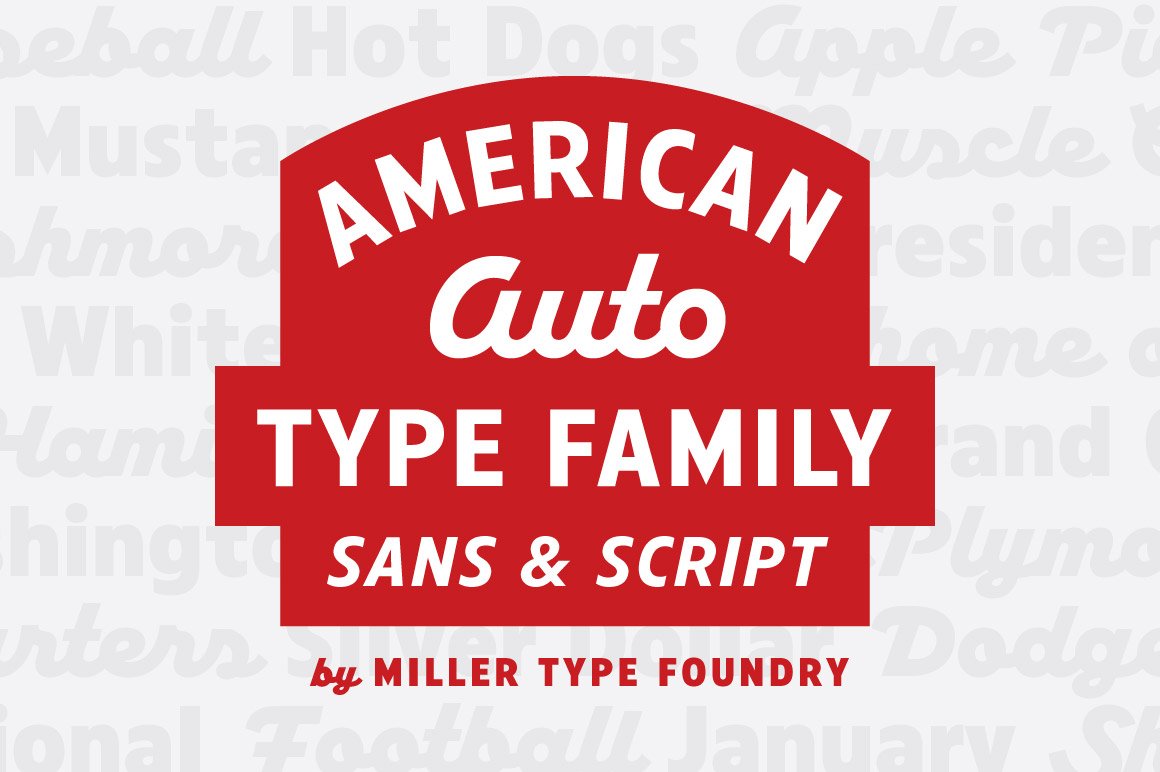 Hot Dogs, Apple Pie, Baseball and great typography are deeply rooted in American culture. American Auto is a Type Family that embodies that culture visually. It joins a robust workhorse sans with a playful script that brings you back to 70+ years ago, while at the same time remaining as contemporary as any new 2019 design. This unique pair work together in harmony to create wonderful designs for a variety of uses. From book covers to posters, web sites to apps, American Auto is an excellent choice to create striking designs that stand out from the crowd!

This product was originally featured in The Complete Eclectic Font Collection 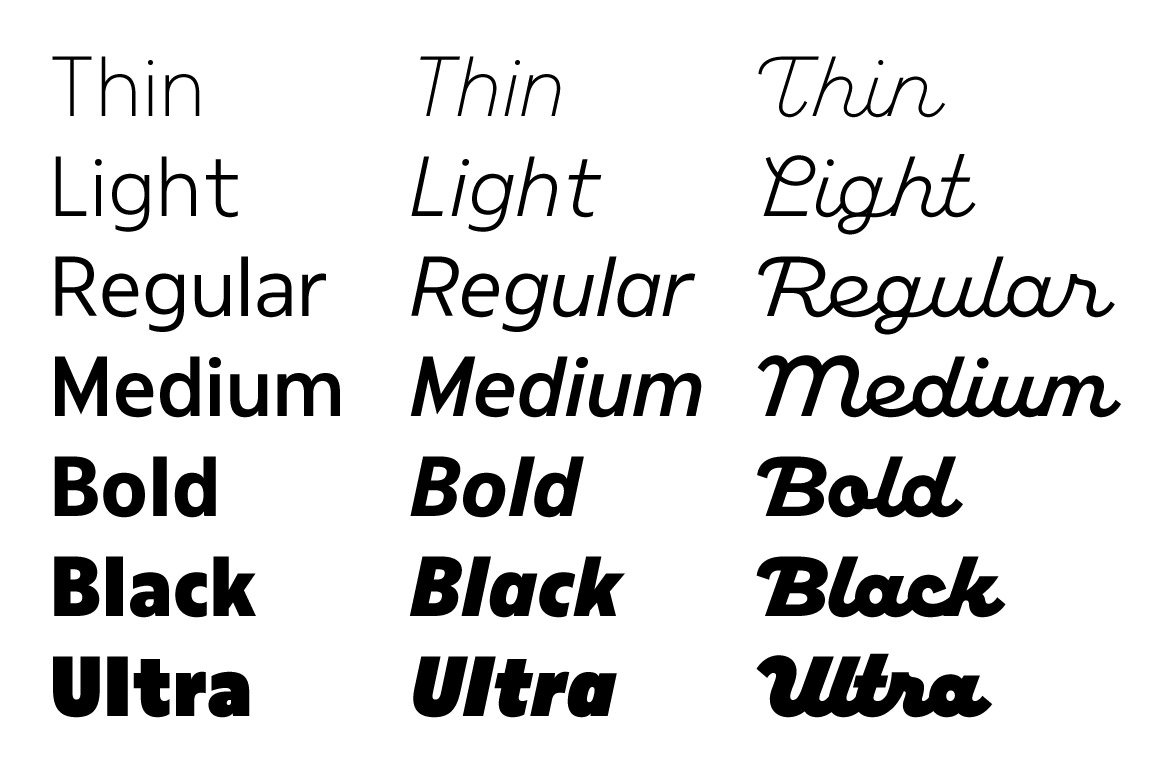 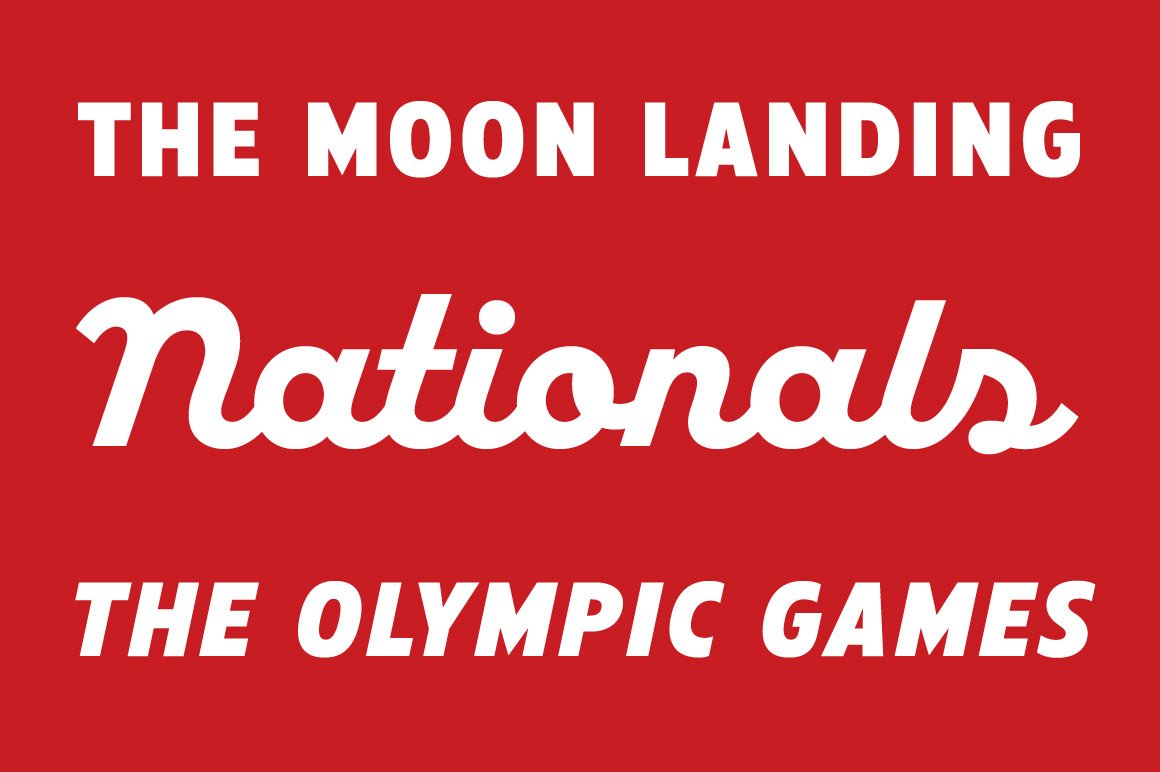 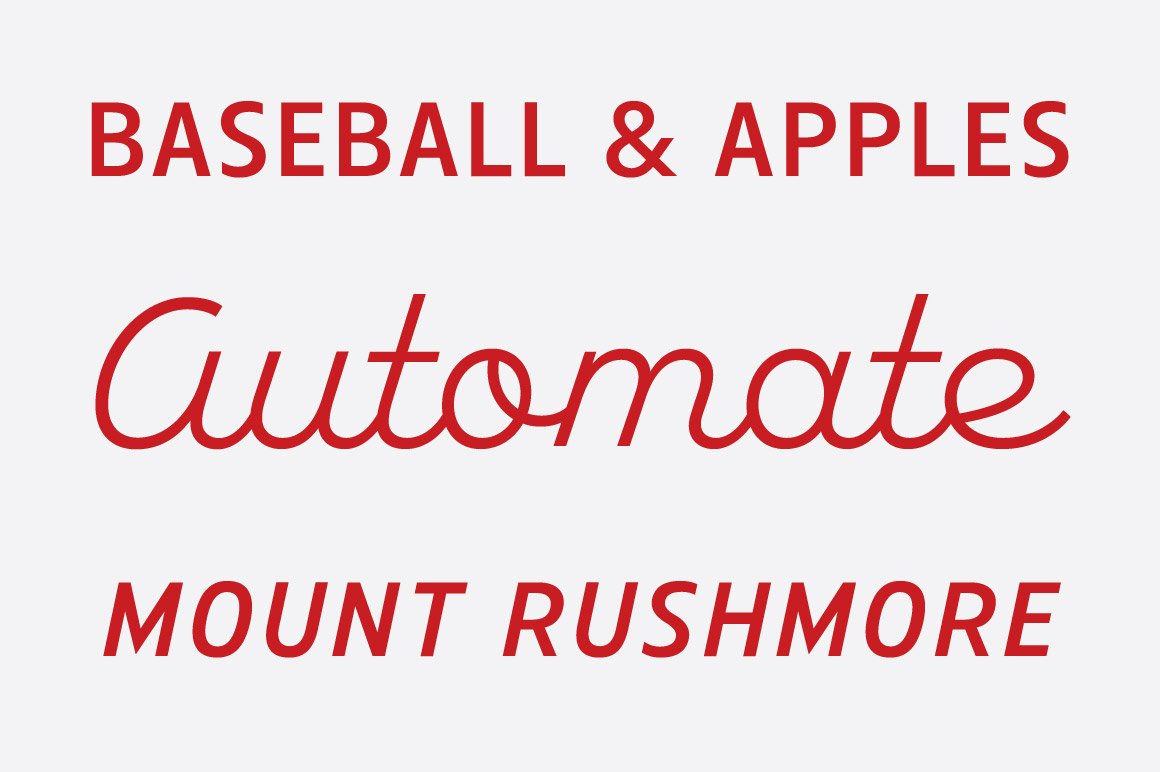 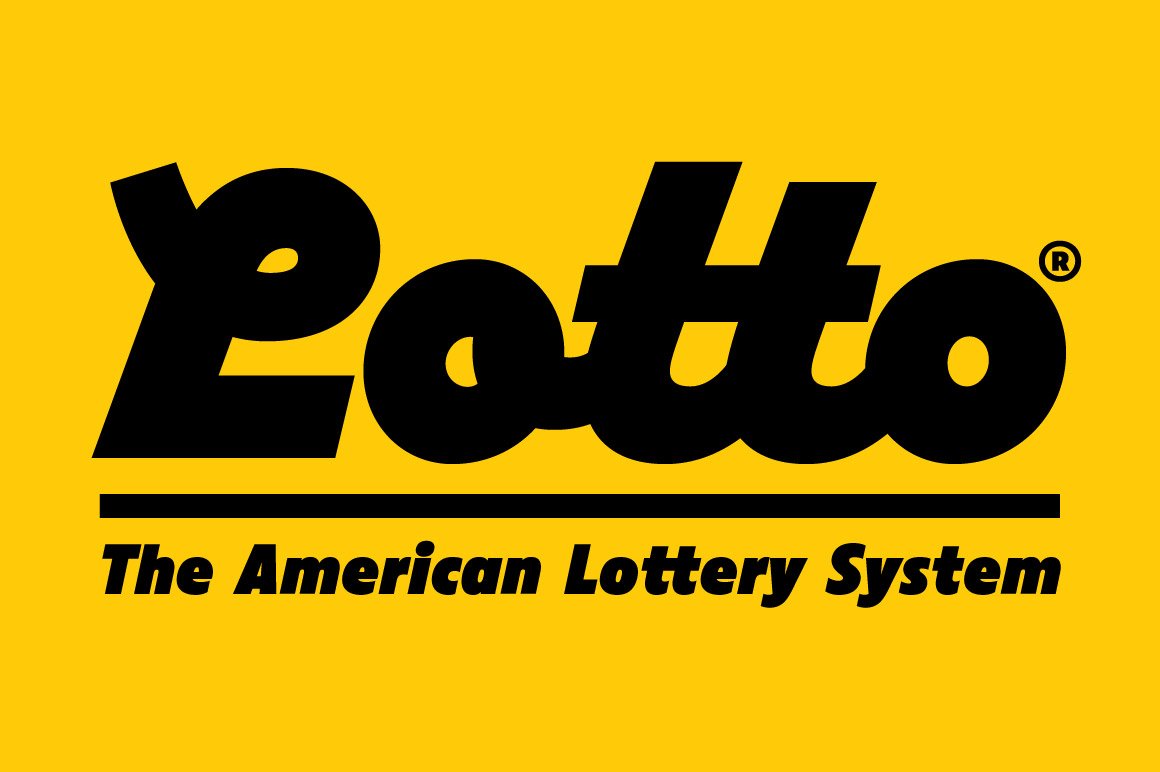 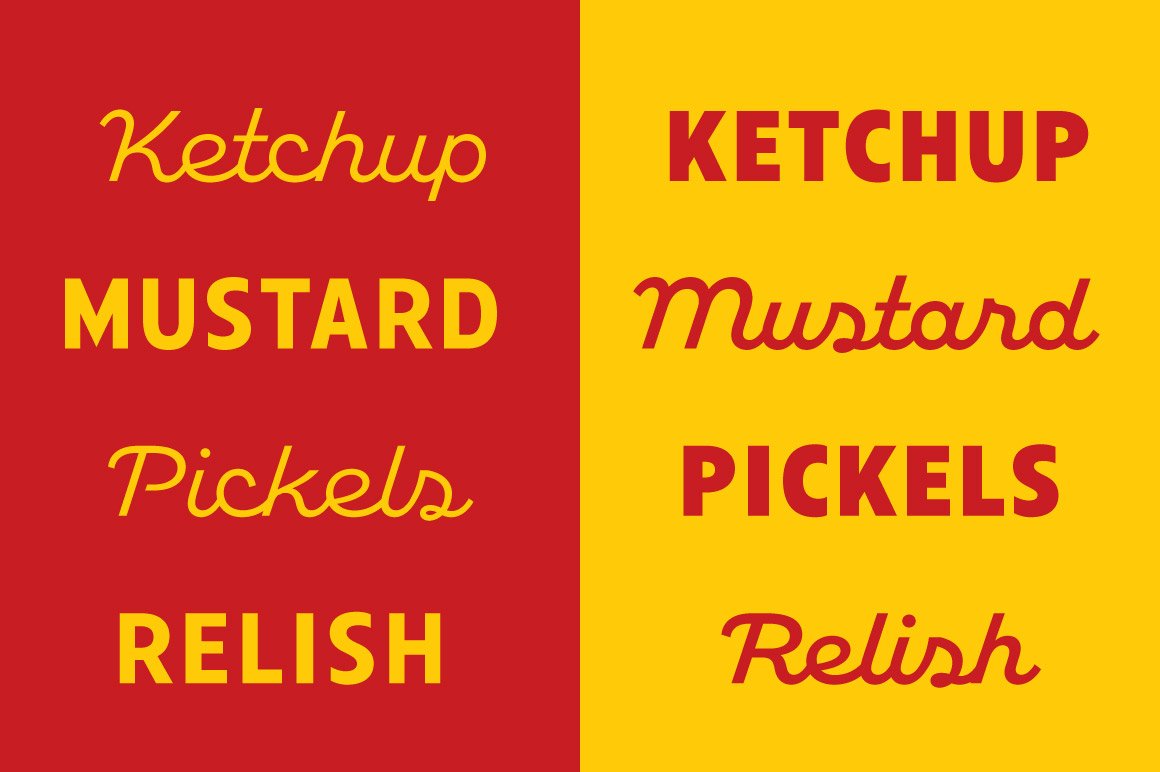 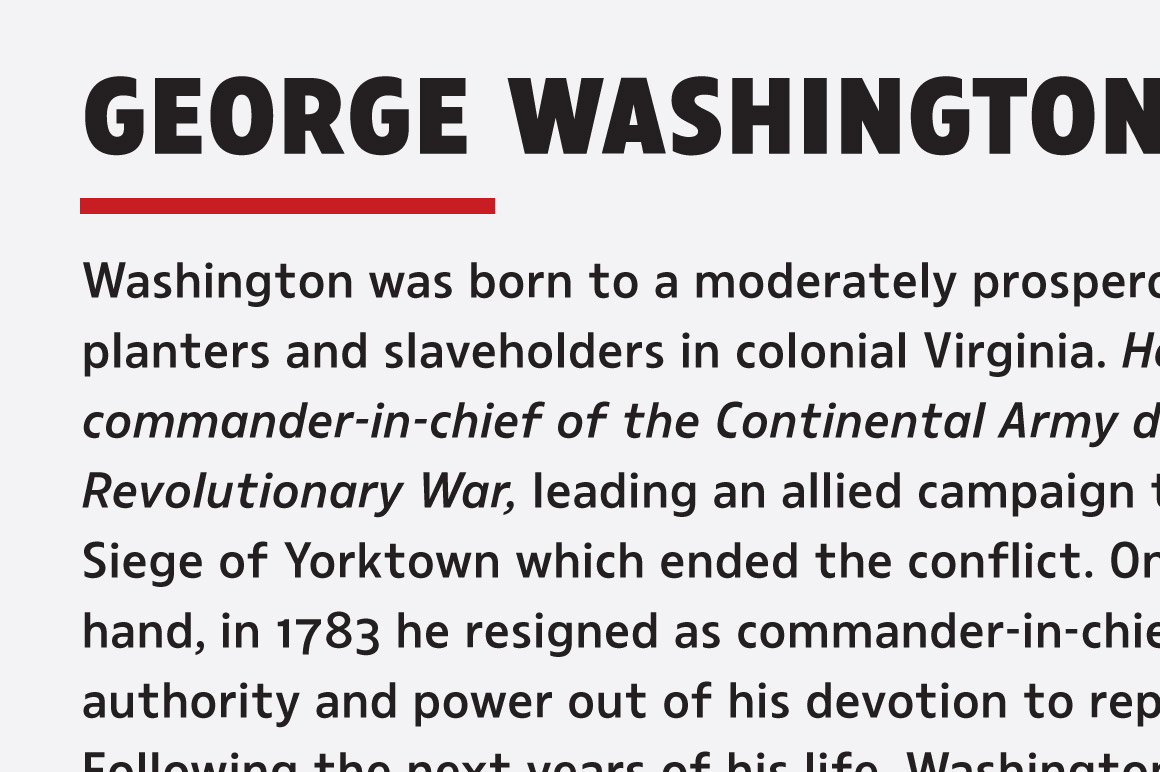 Be the first to comment on “American Auto Typeface” Cancel reply