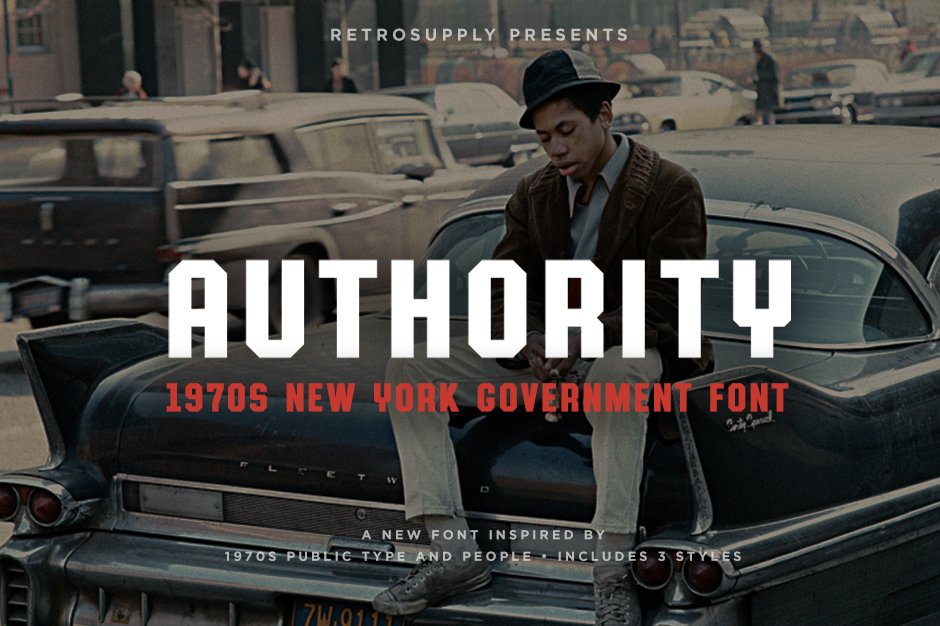 Inspired by public fonts in New York in the 1970s. Authority pays tribute to the almost unnoticed but powerful effect typefaces have on our lives.

From waiting to catch the next bus to work to the worn type on public mailboxes. Type speaks loudly and softly all at once into our lives.

• Inspired by 1970s New York public education and transportation typefaces
• Includes 3 versions: Standard, Rounded and Distressed
• 6 total typefaces including Standard and Italic versions
• It includes support for 75 languages (so it will work for tons of projects)
• Includes special characters for street names

Government-designed fonts were chosen to communicate authority and help grease the gears of the day to day grind. Authority beckons back to these days with it’s mildly condensed feel, squared corners and strong presence.

We’ve also added another dimension to the typeface by creating a typeface for each time period in the fonts life including: Standard (freshly printed), Rounded (Slightly worn and used) and Distressed (worn down by the day to day interactions with the world).

Use it for bold, striking headlines and subheads. Use it for the base of logos. Use it bring historical strength to your work.

This product was originally featured in The Font Lover’s Bundle