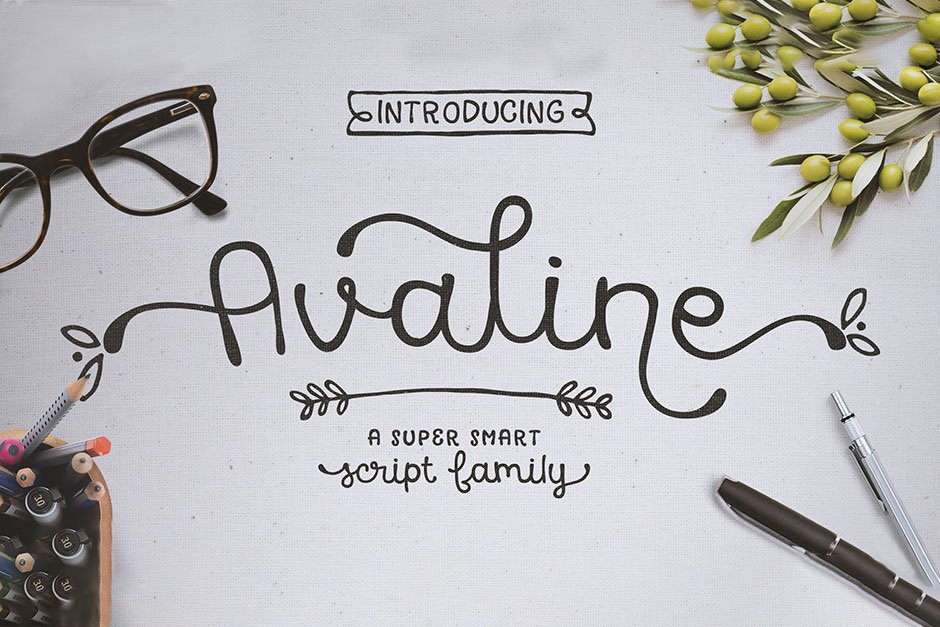 Its playful letterforms come in Light, Regular, Bold and one bonus style: Avaline Sketch. Each font has over 2,000 characters with loads of language support as well as a massive set of fun alternatives.

• The imperfect hand-drawn style is utilized by using Contextual Alternatives. This gives each character 3 subtle variations as well as special styles that appear automatically based on where they appear in a line of text.
• Stylistic Alternatives offer completely different styles for all capital and some lowercase letters.
• Swashes provide numerous flourish options for ascending & descending letters as well as characters that start or end text lines.
• Small caps and Titling Alternatives are great for secondary text options, converting the script letterforms to more uniform small caps.

Bonus: Avaline also comes with over 400 hand-drawn graphic elements, including:

All of the above can be found within the catchwords, and extras/ornaments font files.