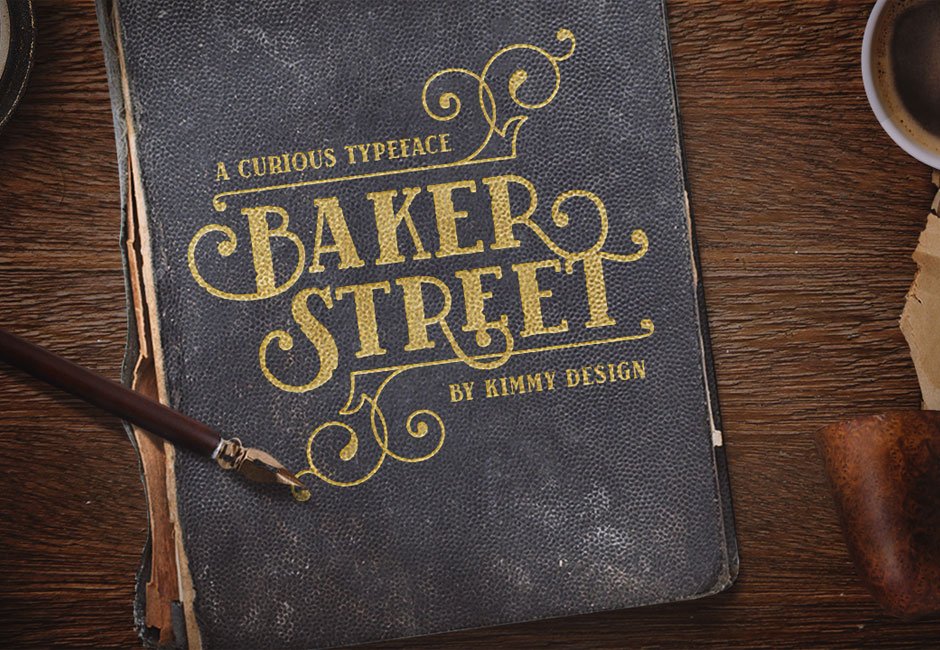 Baker Street Pro was inspired by a recent trip to London, England where I happened upon a bustling pub with beautiful typographic signage. Early sketches created an array of specialized ligatures from which the font really took shape. The family is comprised of regular, italic and inline styles. Overall, the innumerable opentype options of Baker Street provide each and every user with the tools to solve their own case. The game is on!

This product was originally featured in 22 Professional & Artistic Fonts (With Web Fonts and Extended Licensing) under the name of Sherlock Pro.