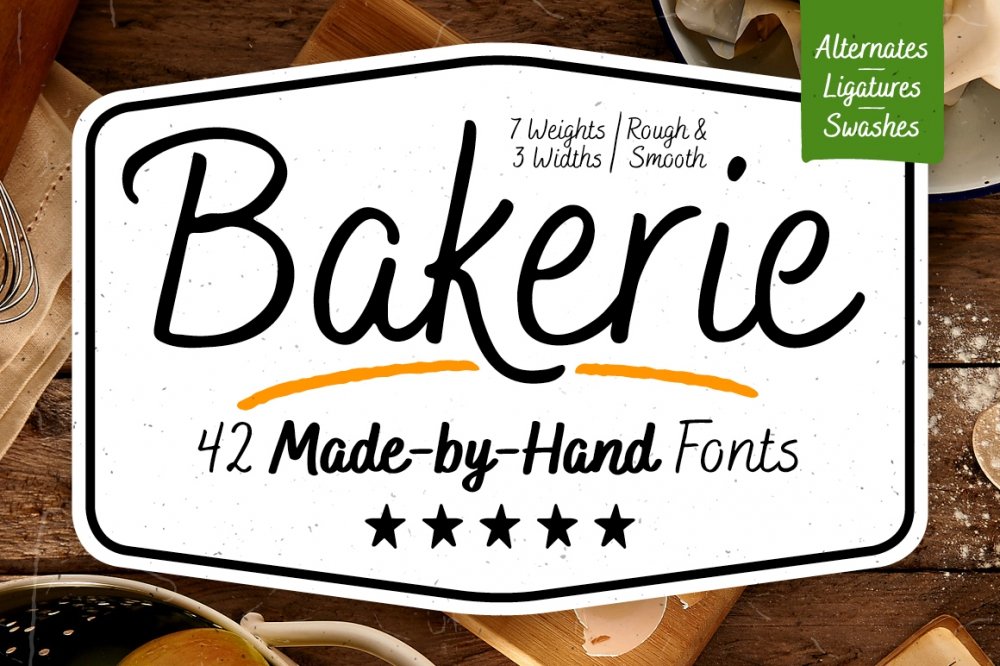 Bakerie is a handwritten script type family of 42 fonts, consisting of 7 weights, 3 widths, and 2 versions. Designed to be a hard-working, genuine handmade set of scripts that are useful in a variety of settings. The lighter weights evoke a signature quality and elegance, while the heavier weights are bolder and more playful. Choose from either a rough edge or smooth edge to fit the need. Though created by brush pen on paper, the letters were drawn carefully to make them very readable, even at smaller sizes.

Right away, Bakerie fonts will look good as you type, but you’ll find that the multiple stylistic alternates, standard and discretionary ligatures, and swashes for many of the characters will allow you to customize your typography to get an even more authentic, handwritten look. The 3 widths give you flexibility depending on the space in your layout. Also included in each font file are bonus line and ornament glyphs to help enhance your designs.

All alternates, ligatures, swashes, and ornaments are PUA-encoded for more accessibility in a variety of programs. This font has over 680 glyphs and extensive Latin language support for Western, Central, and Eastern European.