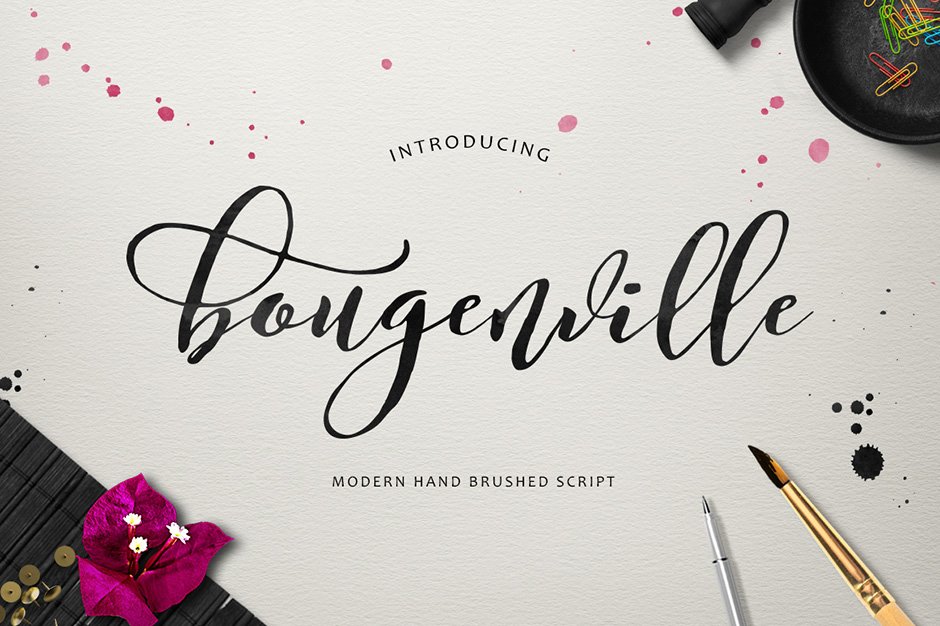 Introducing Bougenville Script is a new fresh & modern script with a handbrushed style, decorative characters and a dancing baseline! This font looks great on personal branding, business cards, stamps, quote posters and greeting cards. And don’t forget wedding season! This would be gorgeous on Save The Date cards or invites.

Bougenville comes with 385 glyphs. The alternative characters were divided into several OpenType features such as Stylistic Sets, Contextual Alternates, and Ligature. The OpenType features can be accessed by using OpenType savvy programs such as Adobe Illustrator and Adobe InDesign.