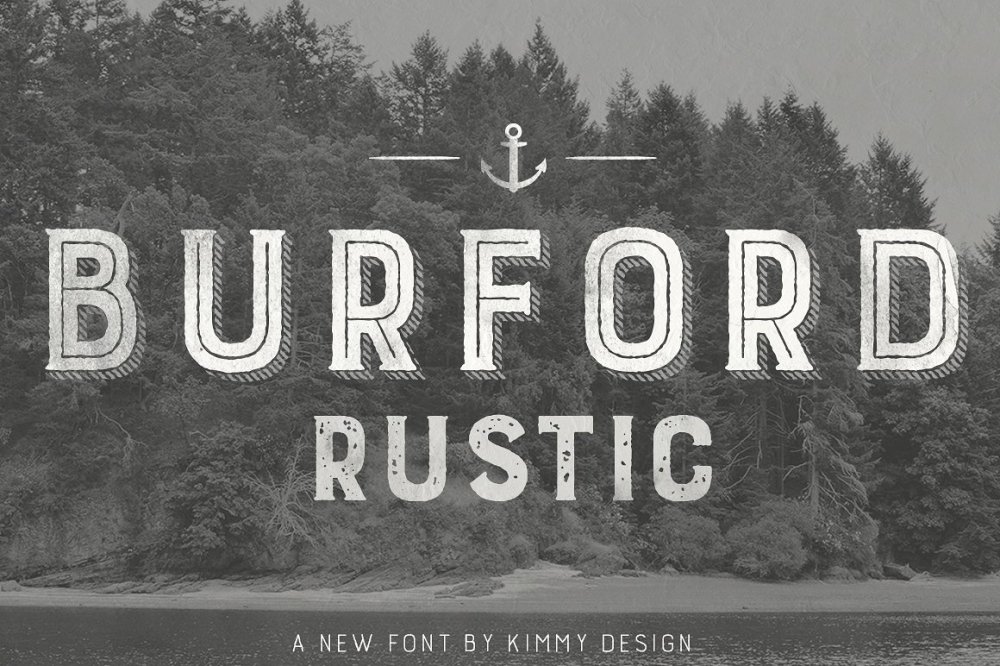 Burford Rustic is the weathered and textured alternative to the Burford Pro Family. It works the same way as Burford as a layer-based font family, but with some style variations and new layering options. It includes 20 font files, starting with four texture variations from Black, Bold, Light to Ultralight. It also includes an Outline and two Inline Weights. Additionally, it offers three weights for Burford Rustic Line (Light, Medium and Bold) for top layering options. There are two extruded fonts and two drop shadow fonts, all either in a solo version or set with Burford Rustic Black. 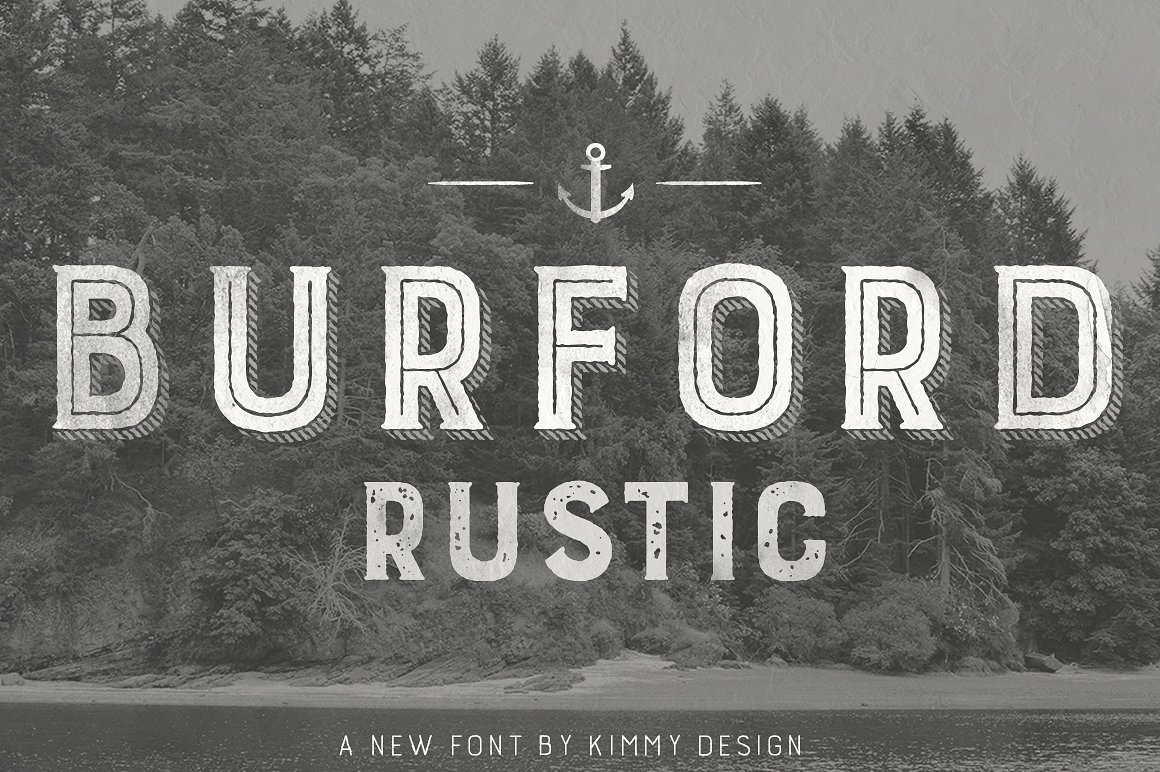