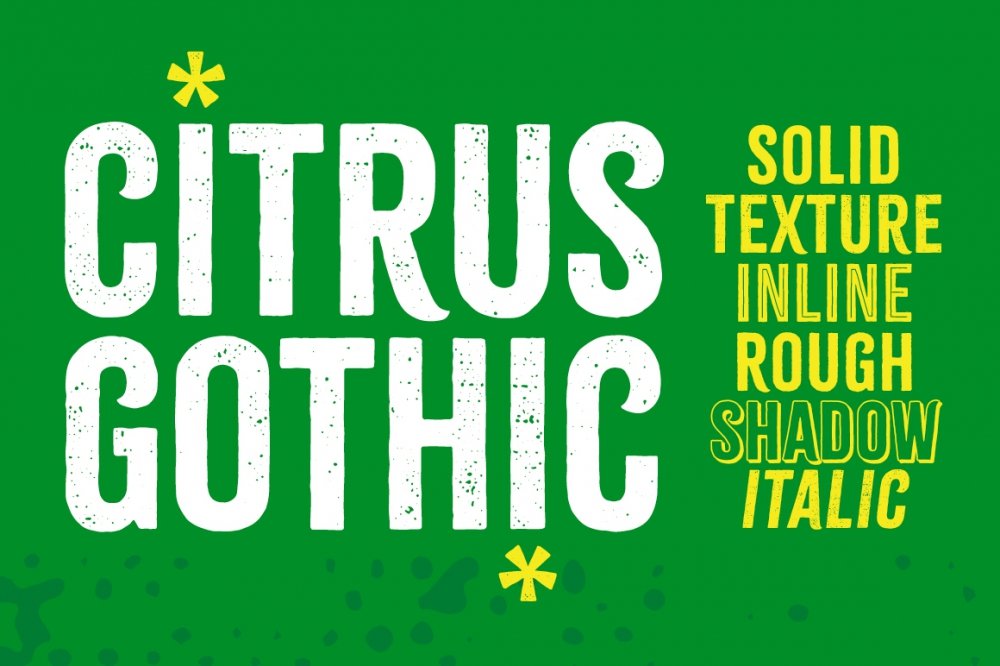 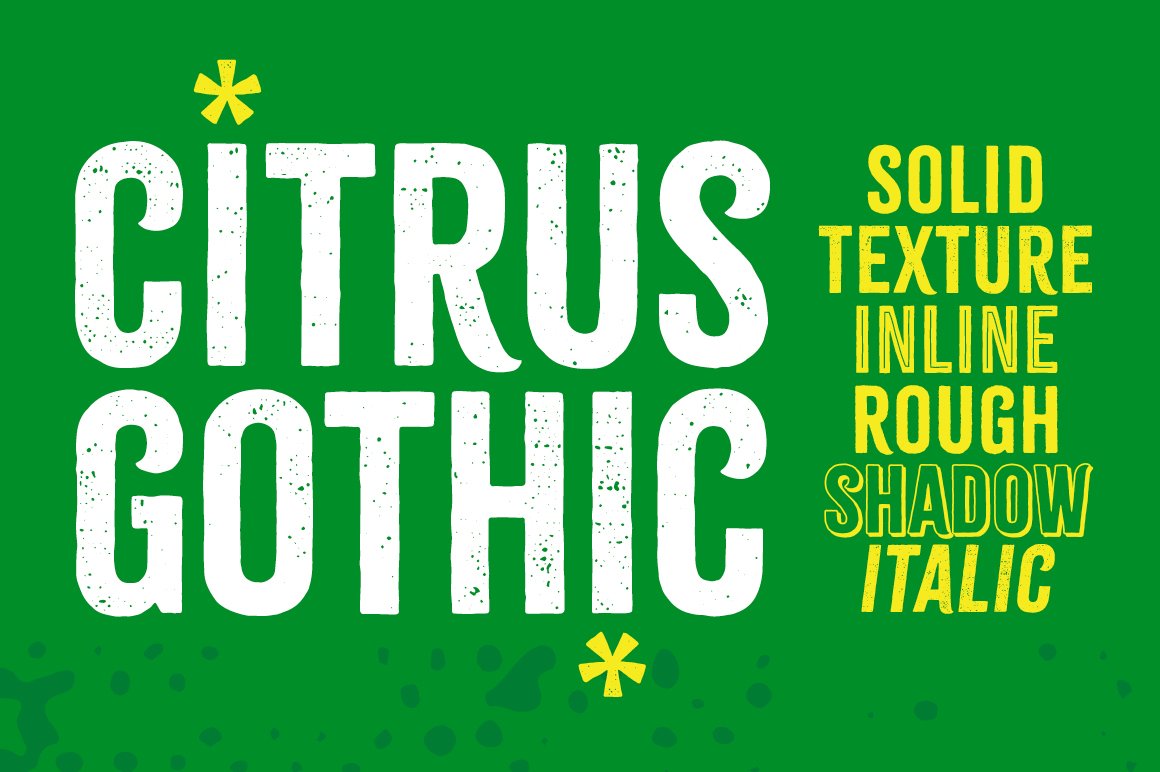 Its design leans on the classic, condensed gothic appearance but adds flair with the irregular details and curled terminals. An all-caps typeface that is functional and unique, making it great for branding, packaging, headlines, and other display uses. The variety of styles gives multiple options to fit the look you’re going for.

The upper and lowercase characters are each individually drawn so you can switch between them as you typeset for a more authentic, hand drawn appearance. Standard ligatures are also included for double-letters and numbers to automatically help avoid duplicates.

All ligatures and alternates are PUA-encoded for more accessibility in a variety of programs. This font has extensive Latin language support for Western, Central, and South Eastern European. 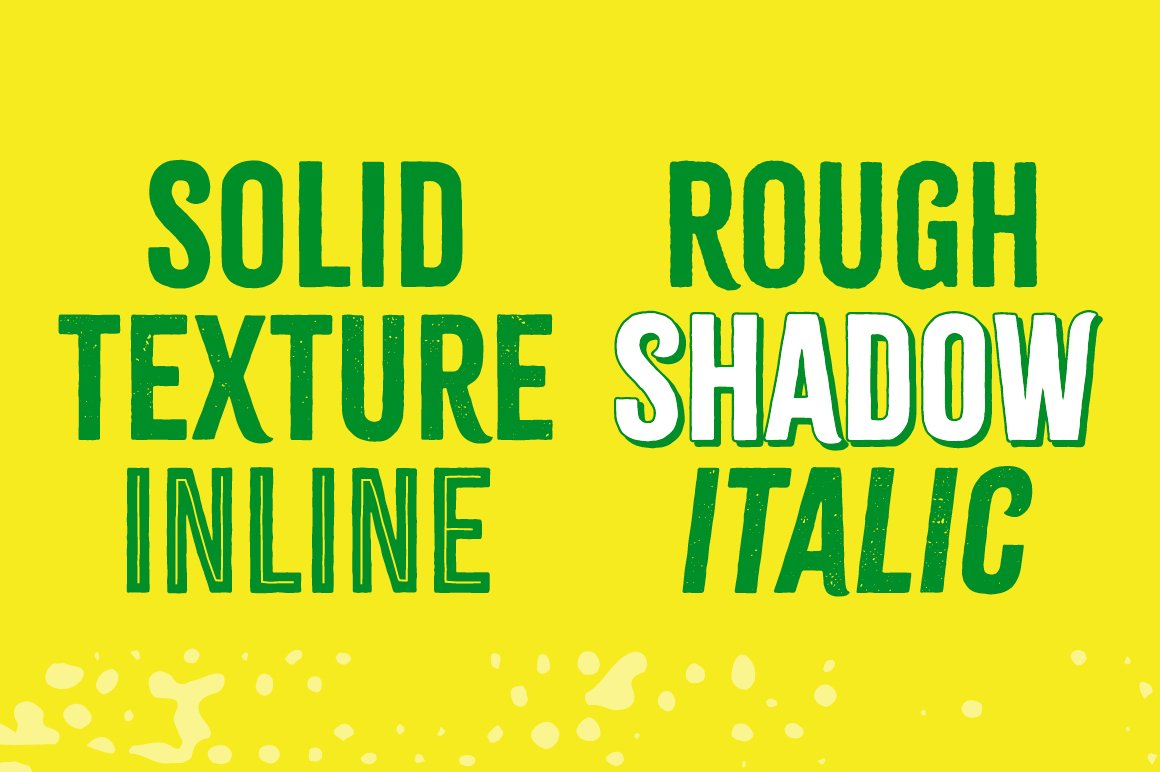 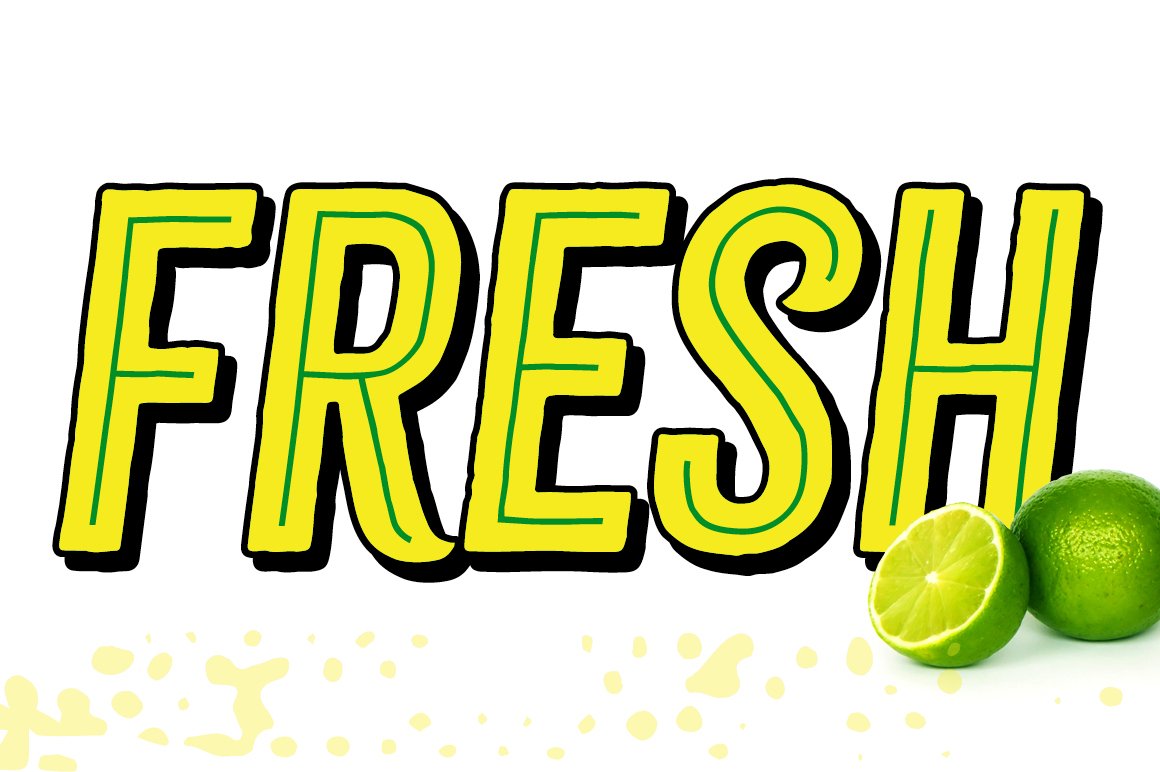 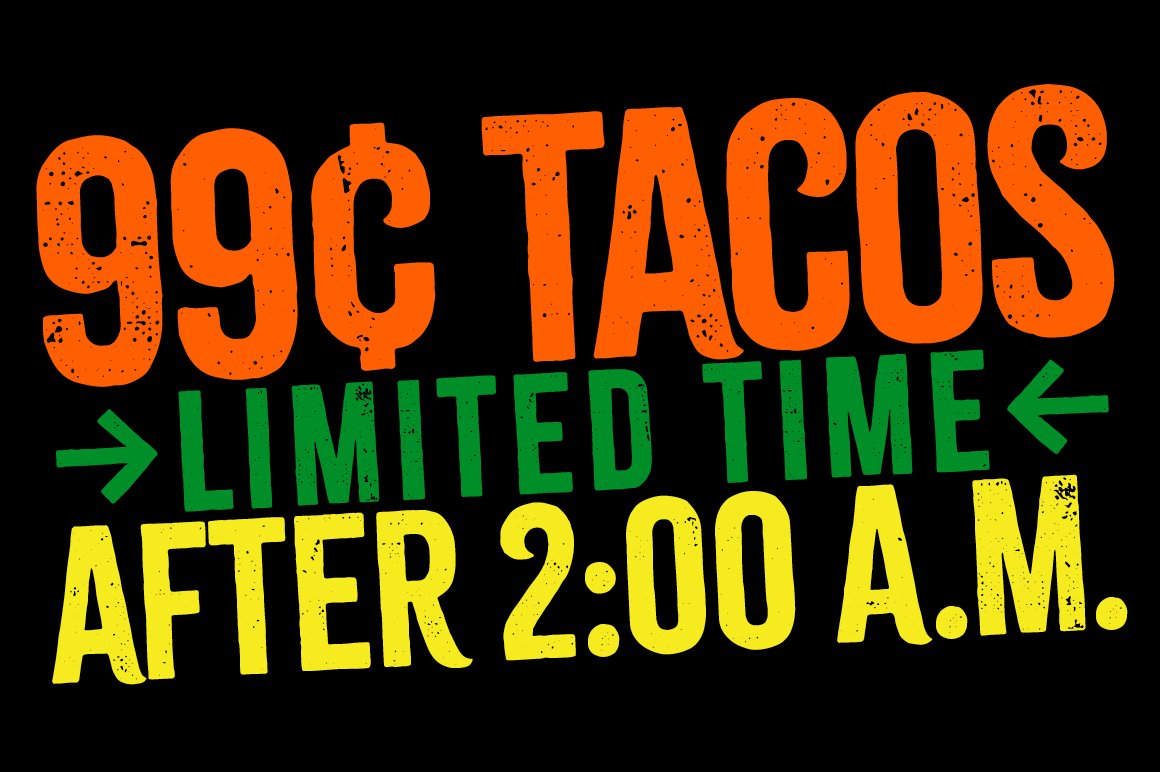 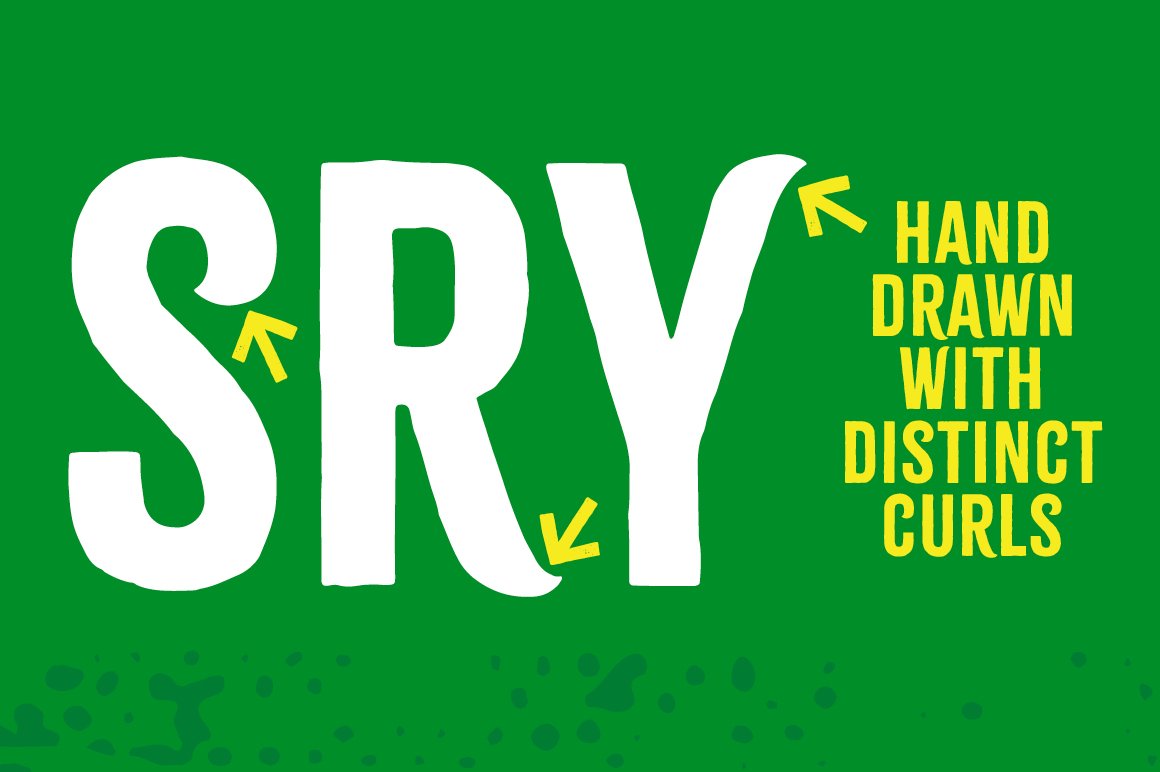 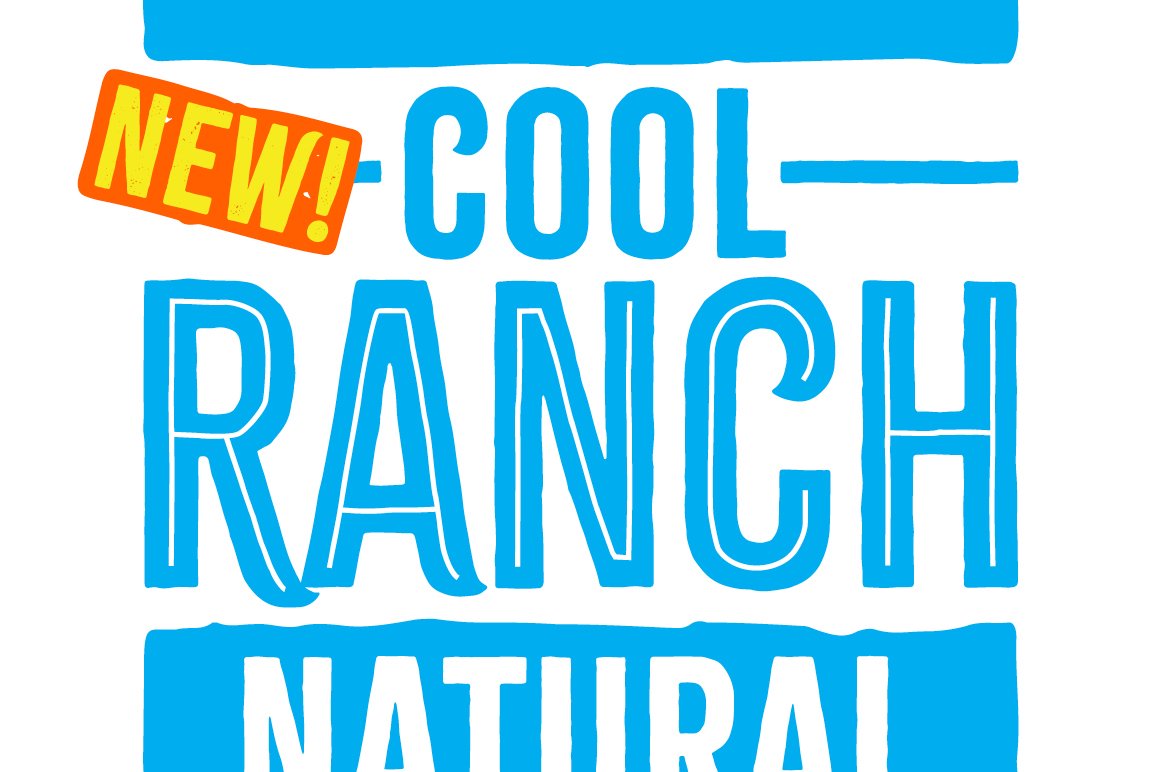 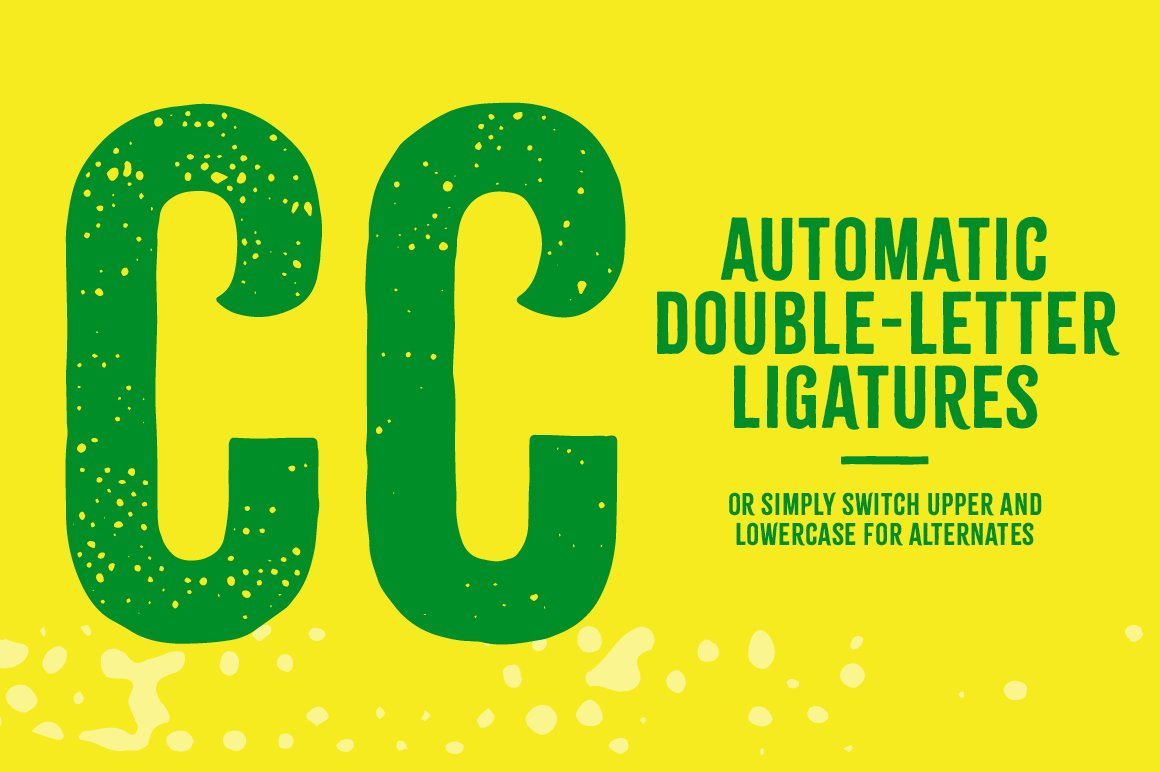 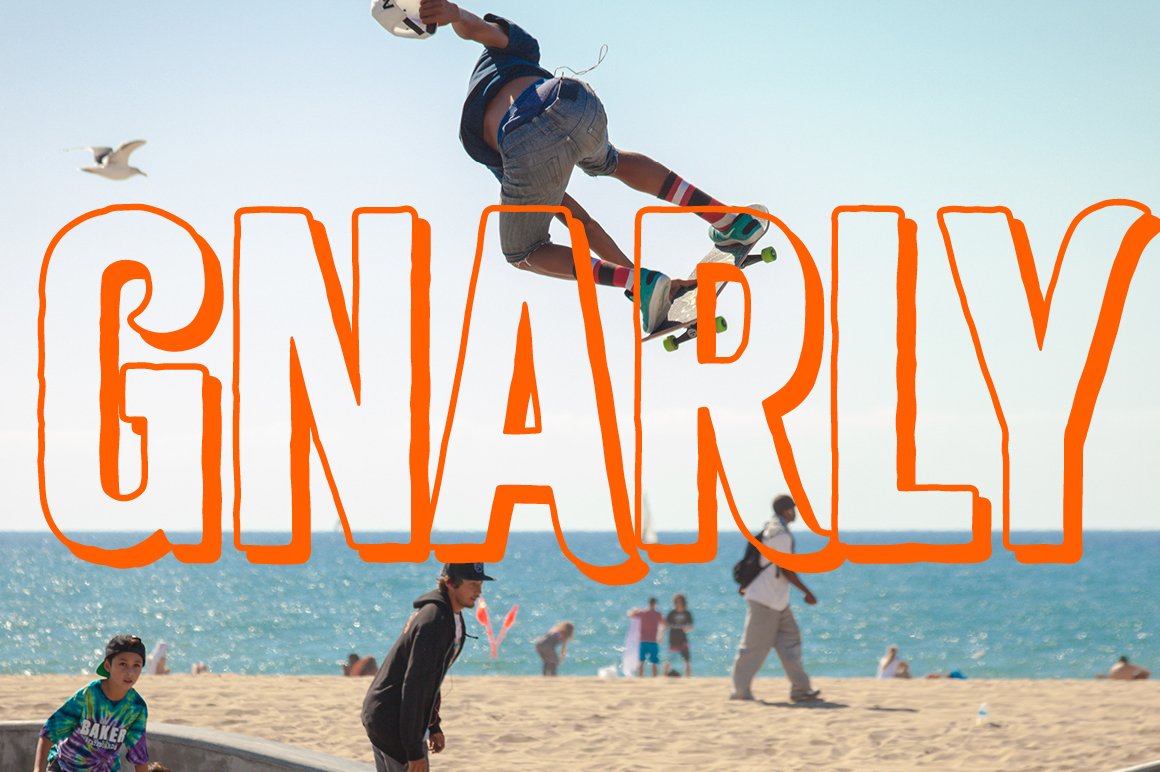 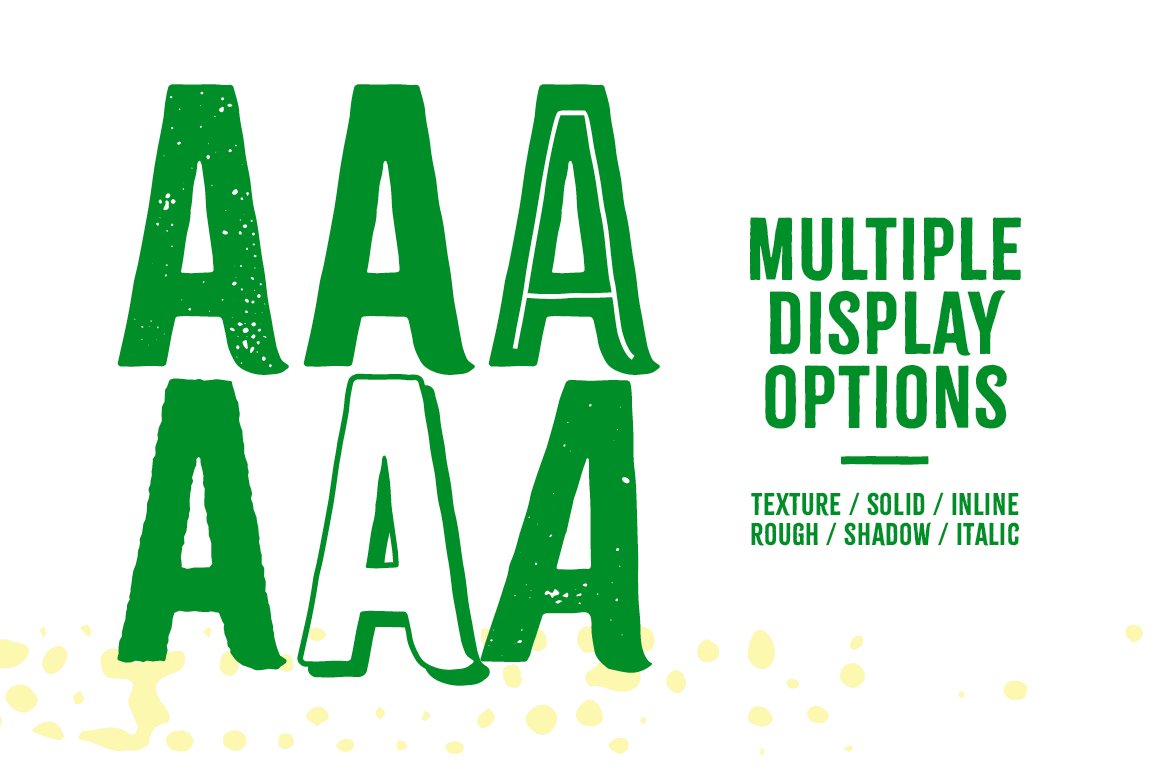 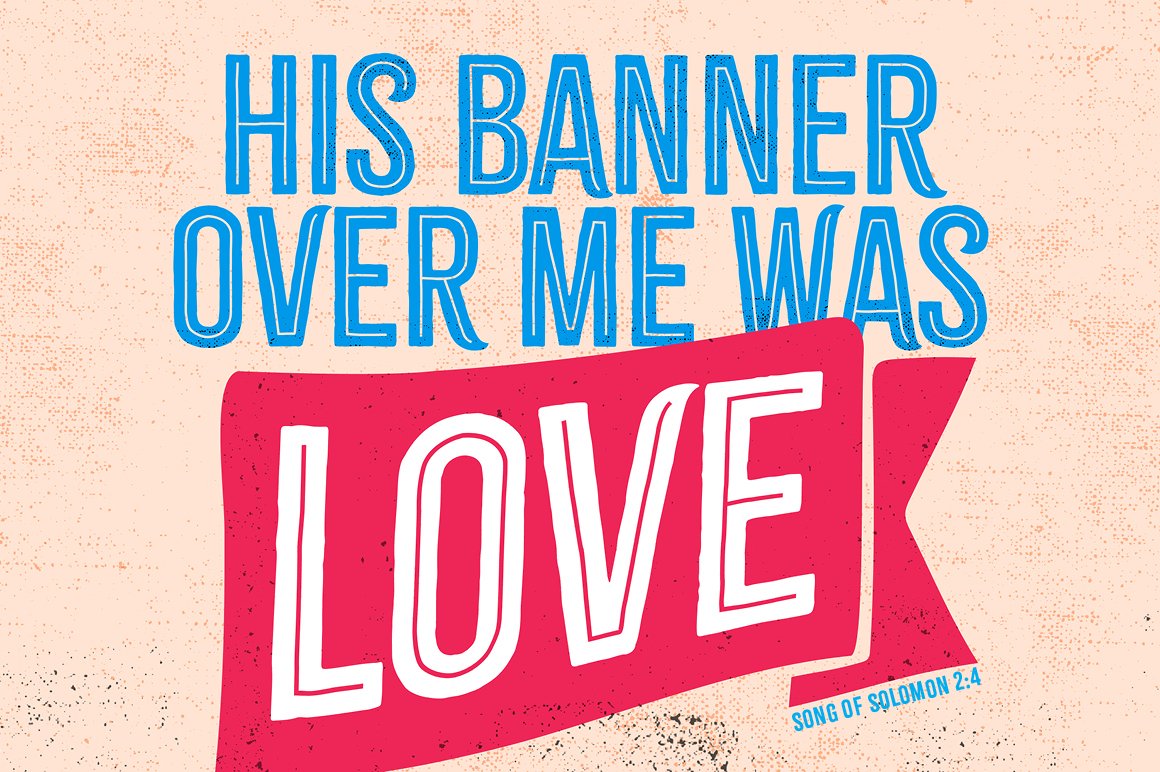 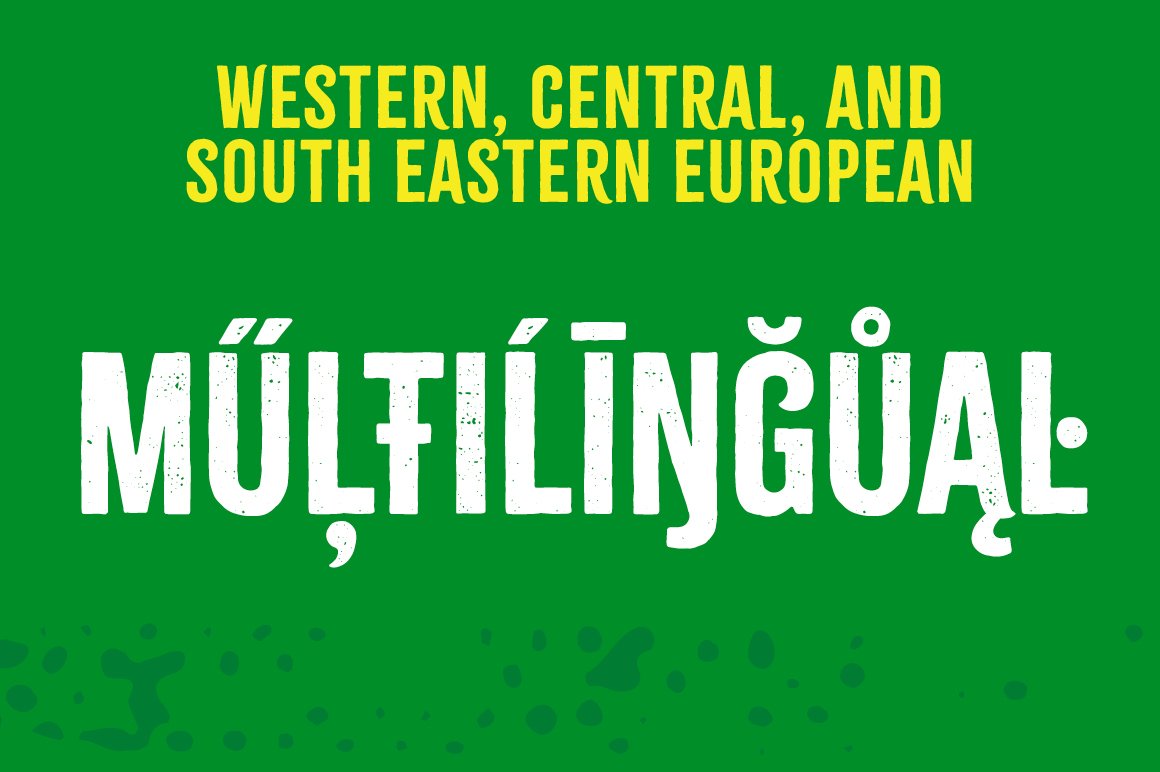