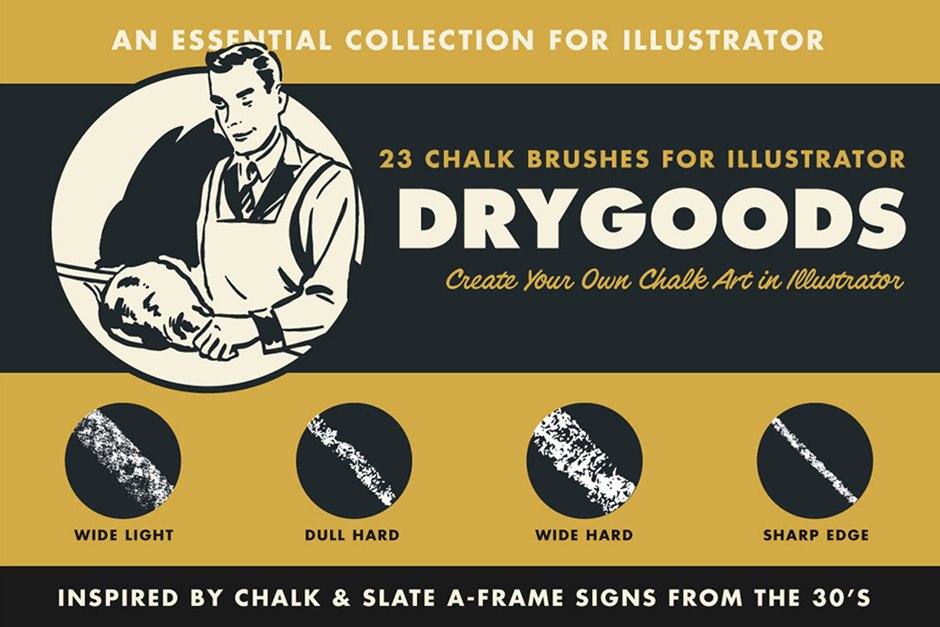 Drygoods refers to dry food and other miscellaneous household goods. The term was often used during the late 19th and early 20th century.

The DryGoods – Chalk Brushes for Illustrator Pack is a throwback to these stores.

Due to the ever-changing assortment of goods chalkboard signs and A-frame signs were used to advertise the days specials.

The DryGoods set equips you with 23 chalk Illustrator brushes. These brushes were created by using a variety of different chalks. Each with different amounts of wear and tear (for maximum diversity in your work.

Finally, we scanned them in at 600 PPI, post processed the scans in Photoshop, used premium auto trace software to convert to vector, and then minimized as many points as possible.

The result is a set of chalk brushes that look extremely real. Even though they’re vector (as you can see from the examples) they look just like real chalk!

Note: These chalk brushes were made using our 5-Step-Vectorization Method. The result is extremely realistic chalk brushes, so real, they’re hard to tell from the real thing!