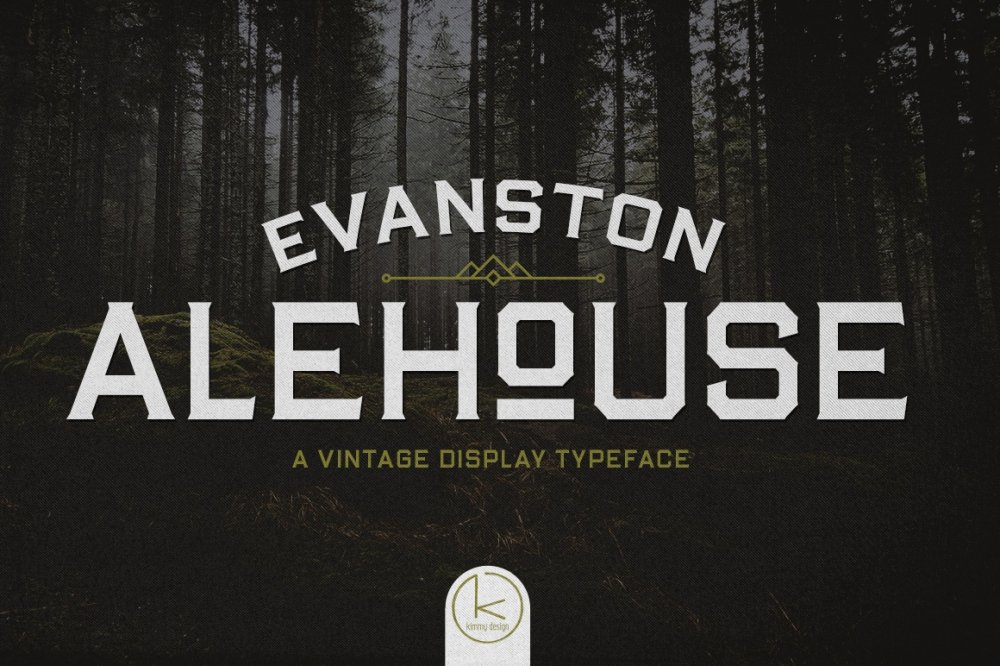 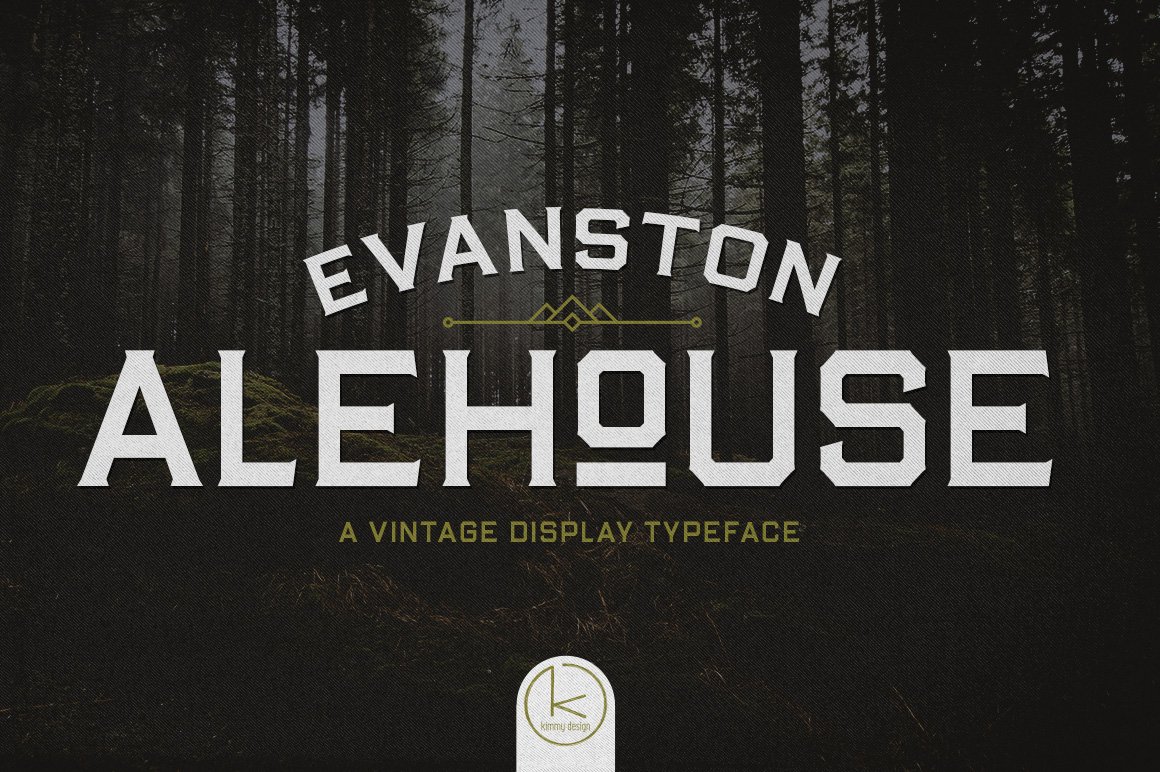 Evanston Alehouse is a type family inspired by years leading up to the American prohibition. In the century that prefaced the ratification of the 18th amendment, saloons, taverns and alehouses boomed as the American working class enjoyed beer and discovered whiskey and gin. At the same time, the Temperance League was forming and gaining strength. By the turn of the century, these temperance societies were common in the culture of the country, with individual towns and states already on the move to abolish alcohol consumption. However, it was undeniable that by this time in history, America loved to drink. This font is inspired by the signage seen outside such drinking establishments.

Back to the modern era, Evanston Alehouse is a 24 font family that includes special features that add depth to the font, with discretionary ligatures and stylistic alternatives. It also includes a complimentary set of ornaments, including line breaks, frames, borders and laurels. 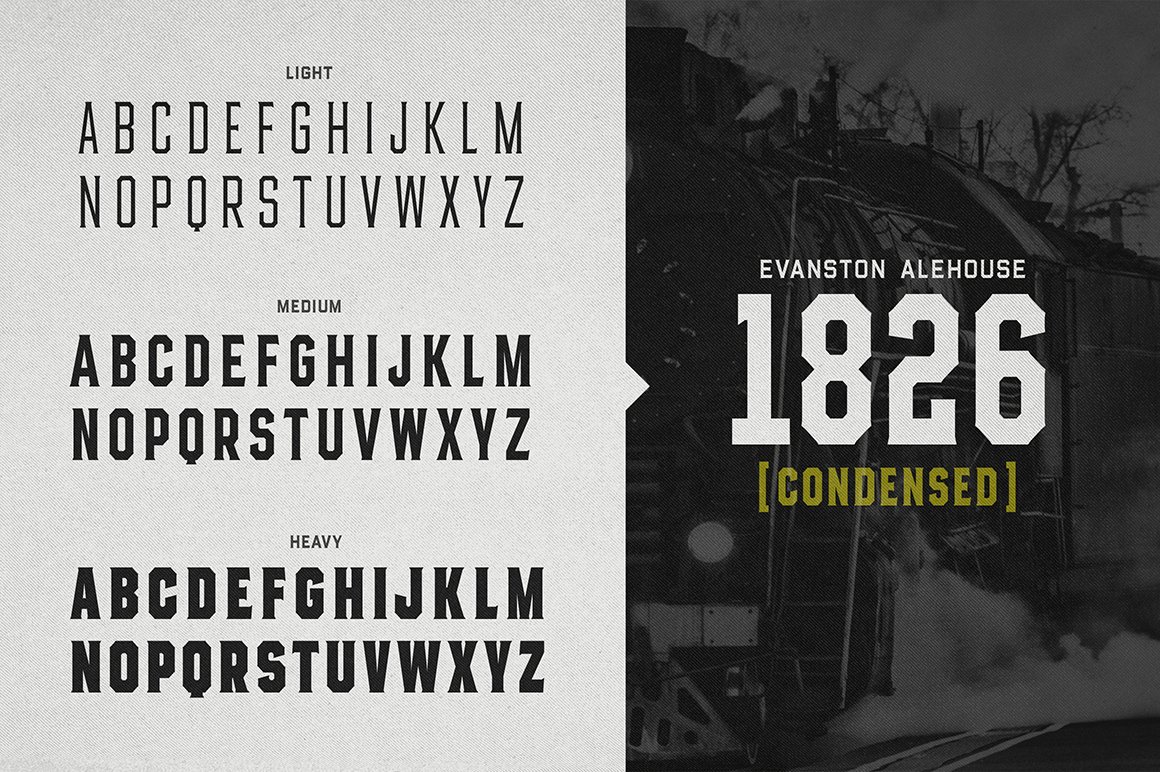 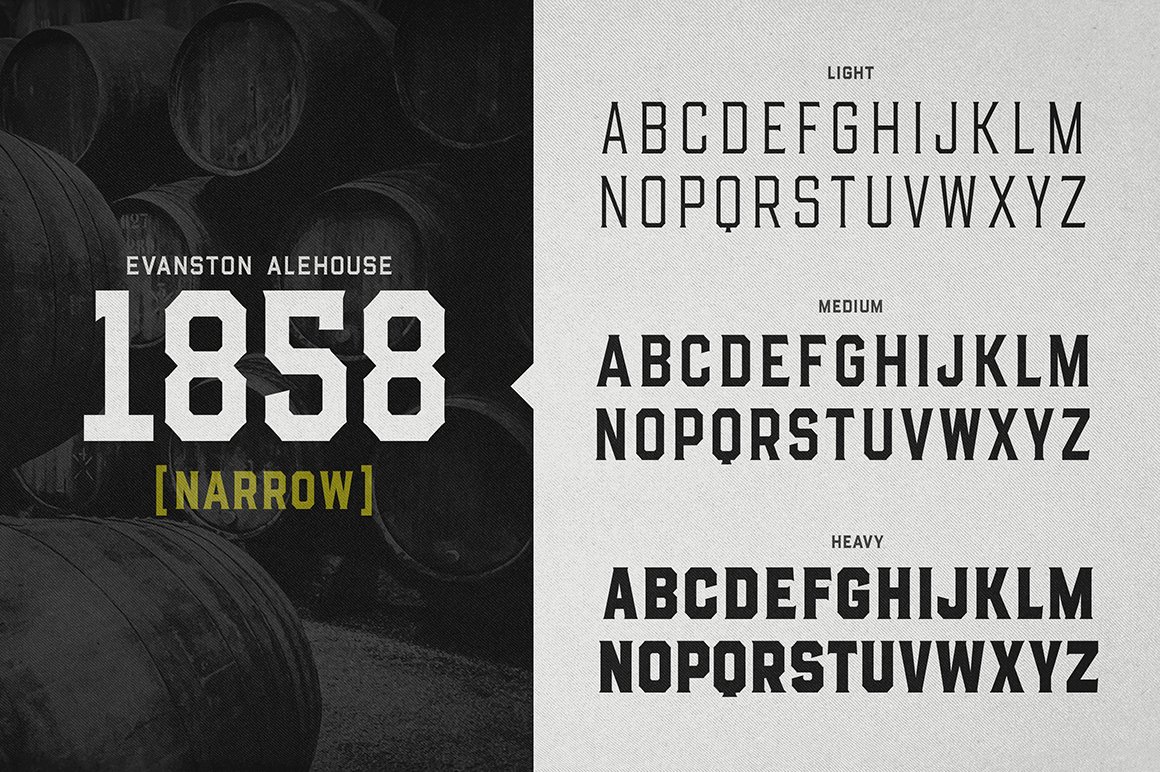 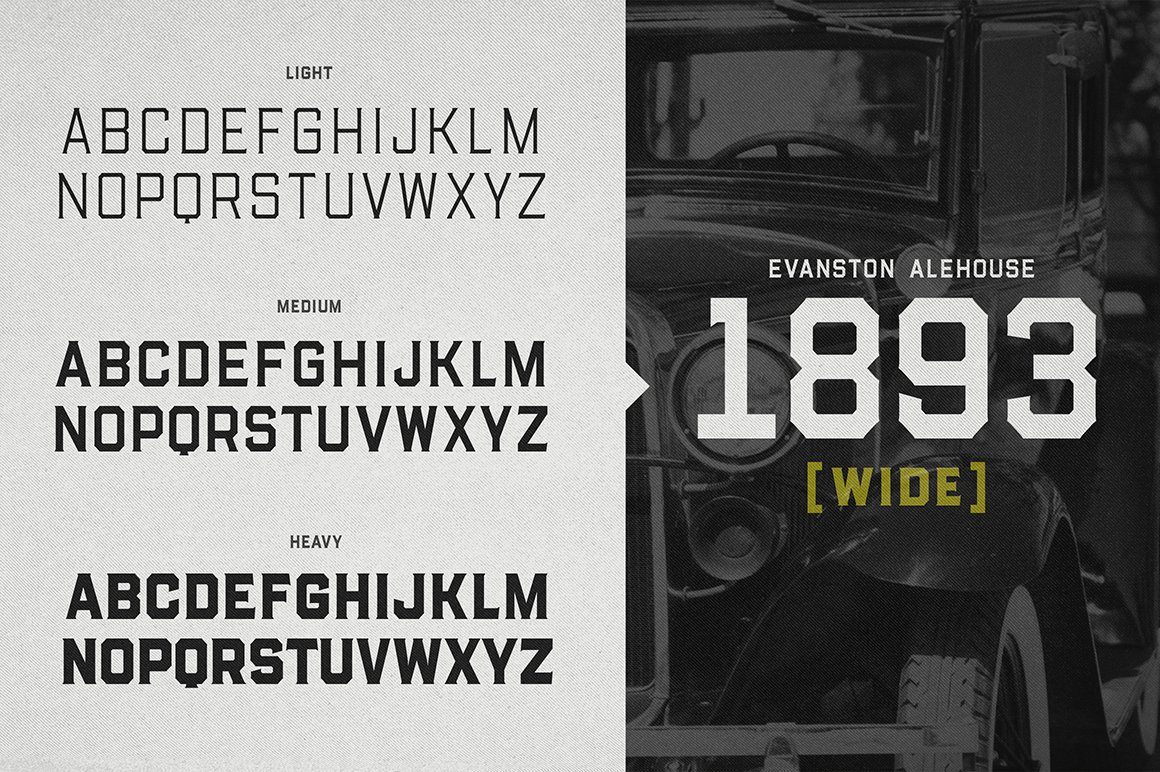 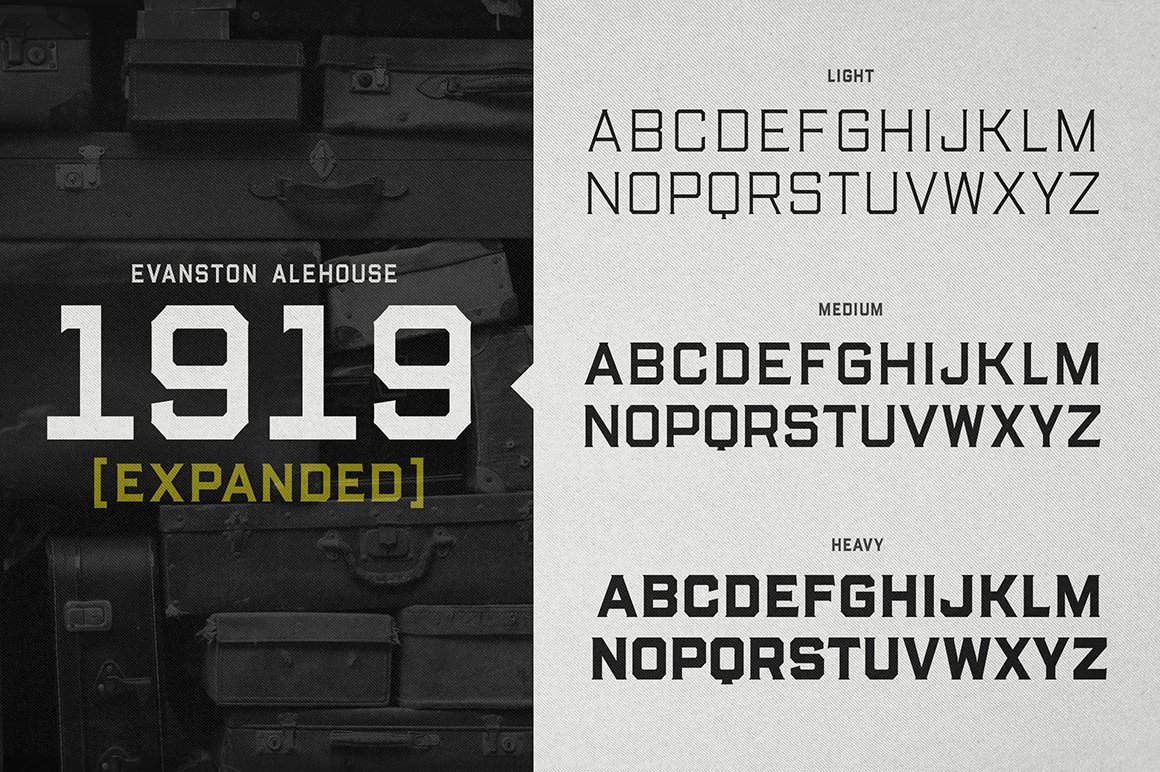 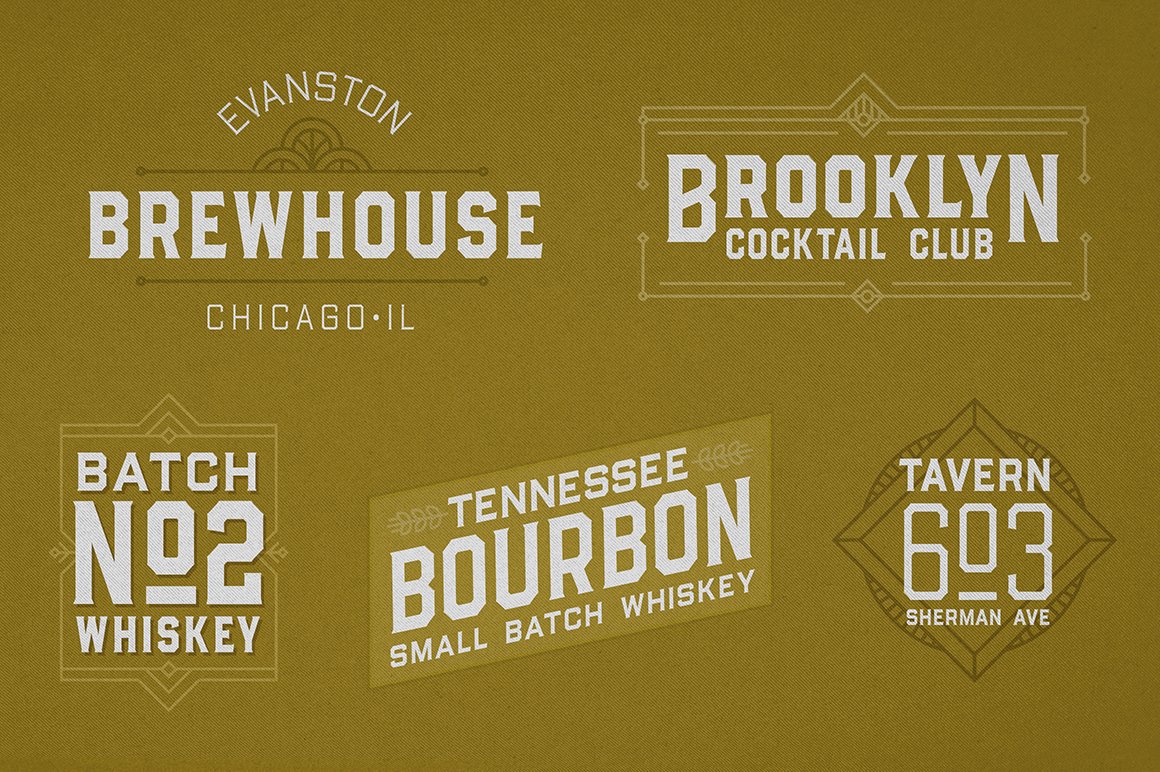 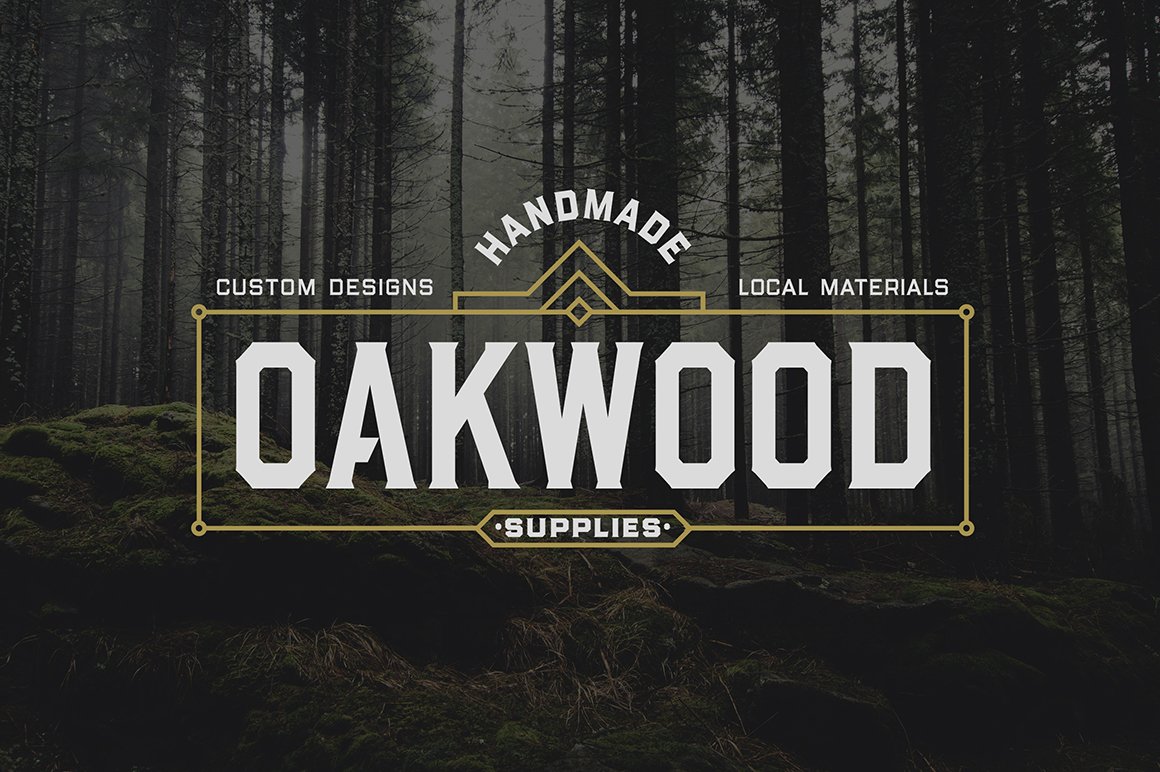 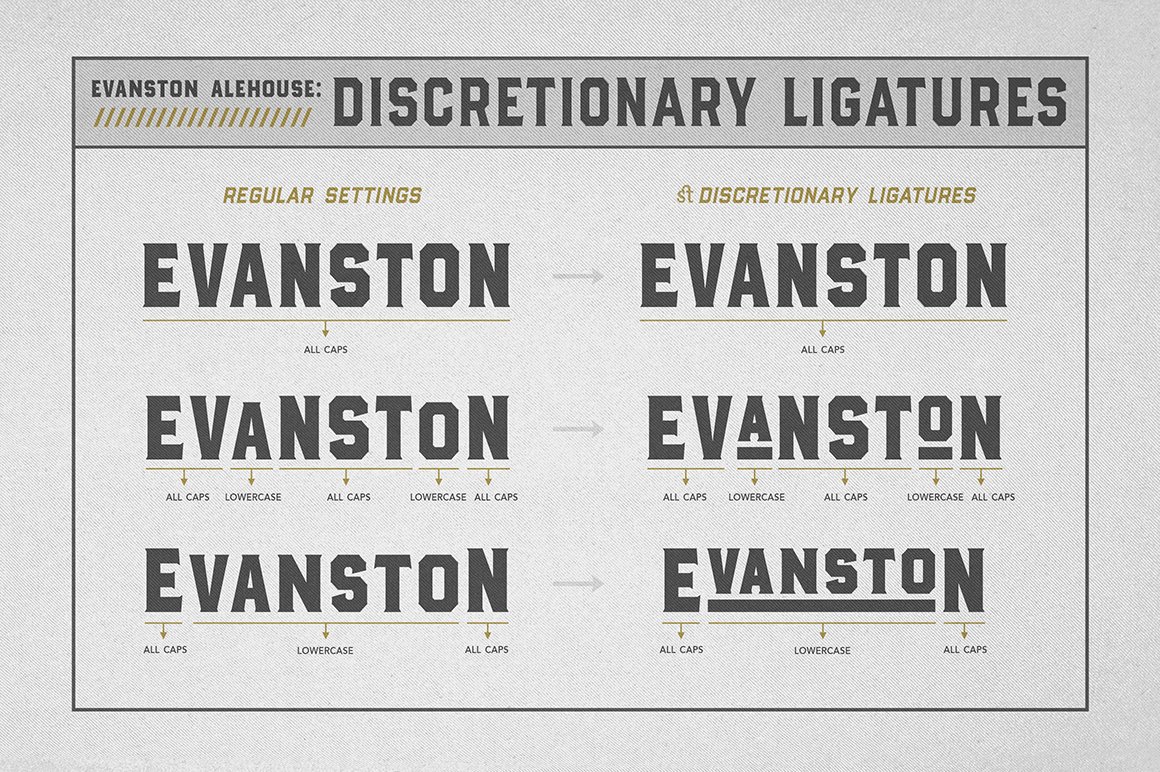 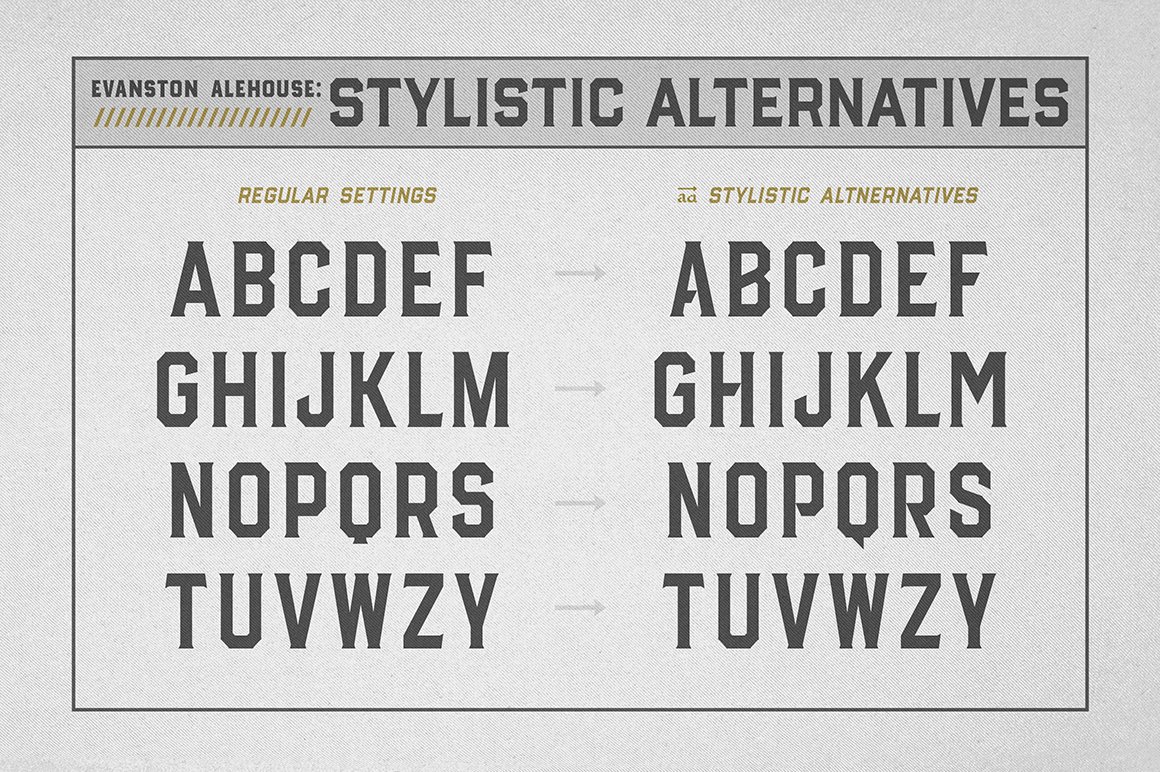 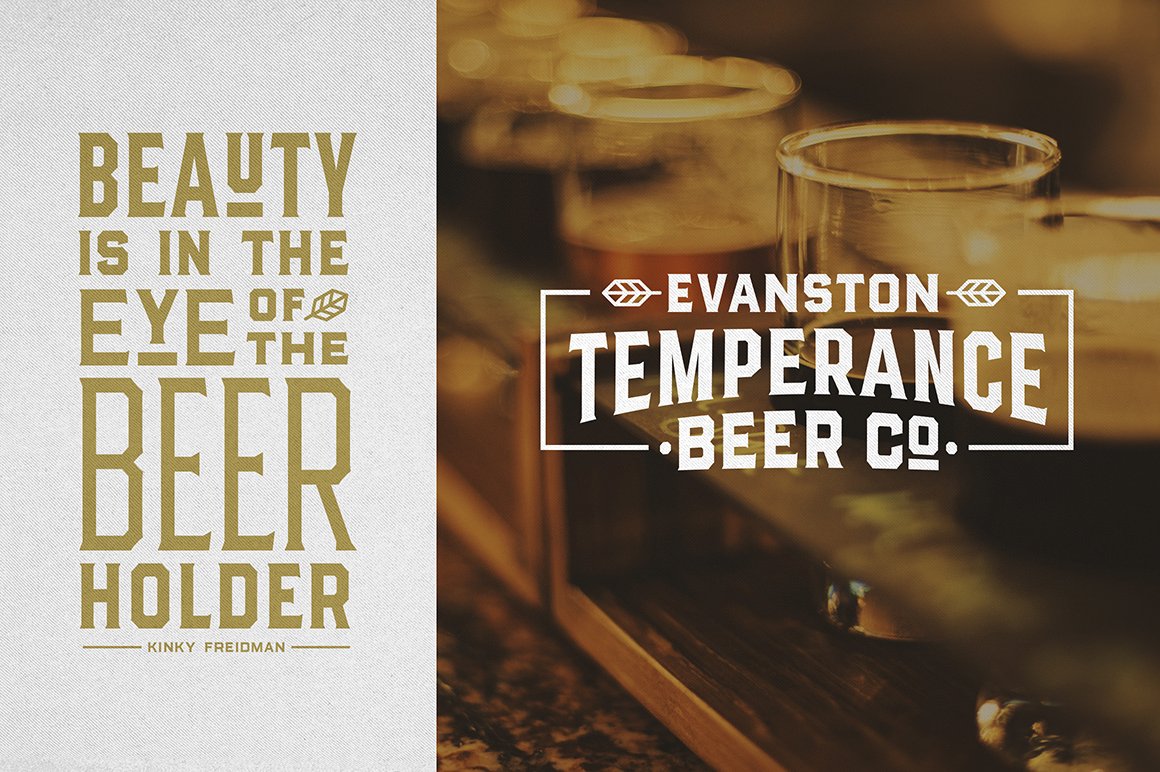 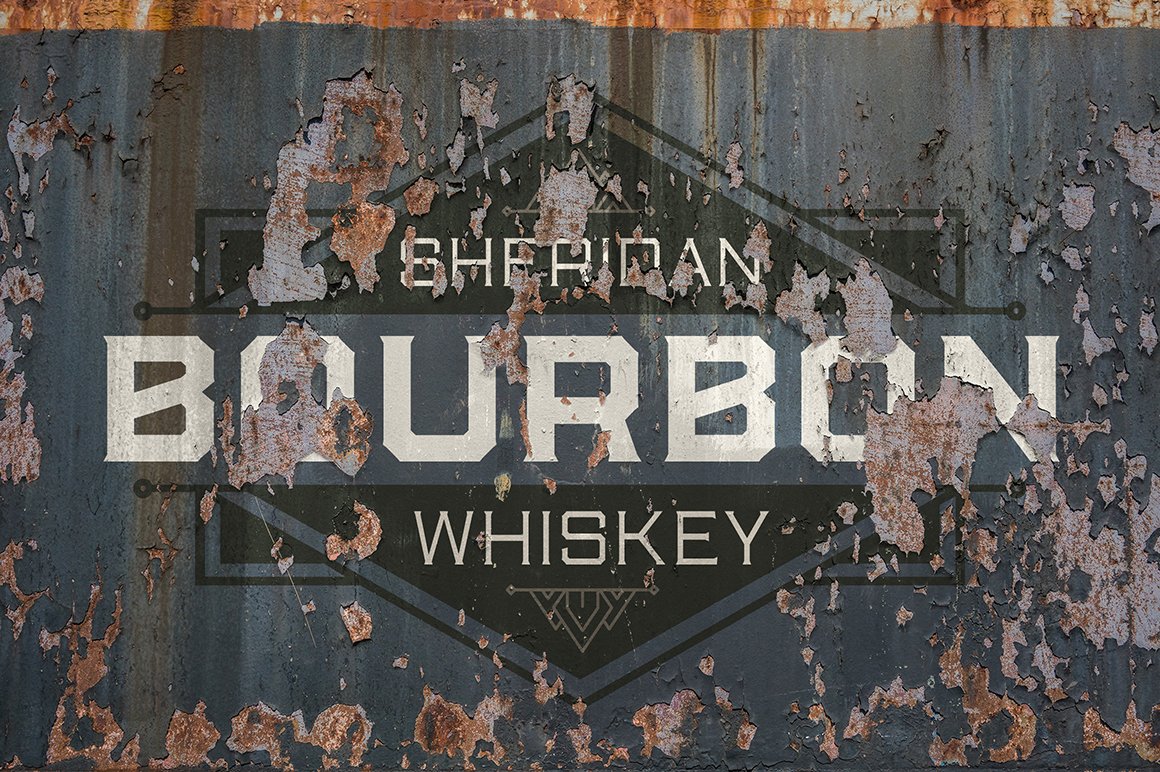 Be the first to comment on “Evanston Alehouse” Cancel reply