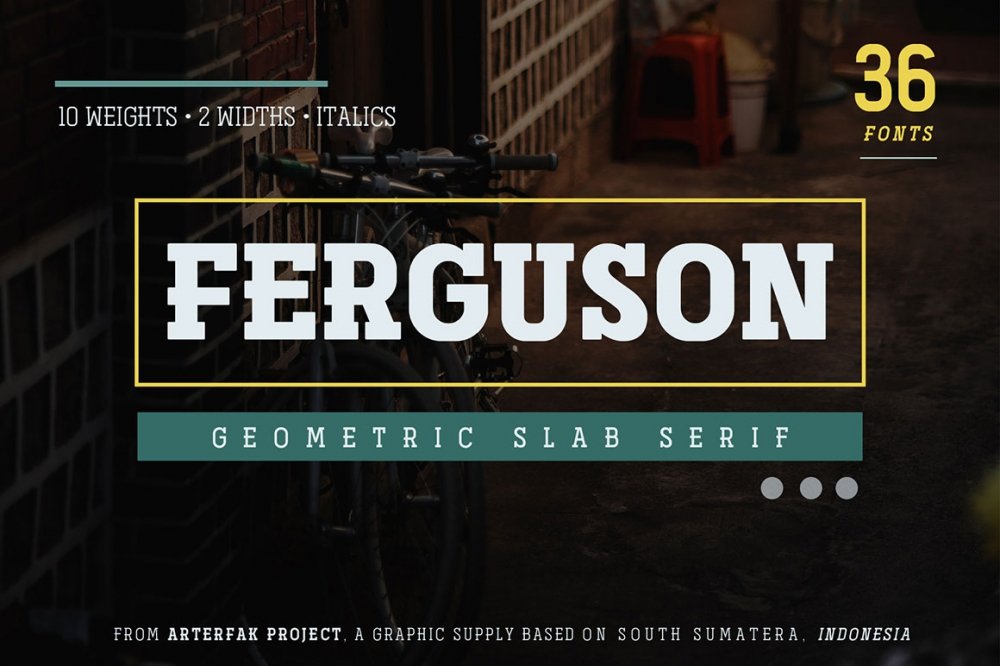 Ferguson is a geometric slab serif which made with a mono-line concept and versatile style. 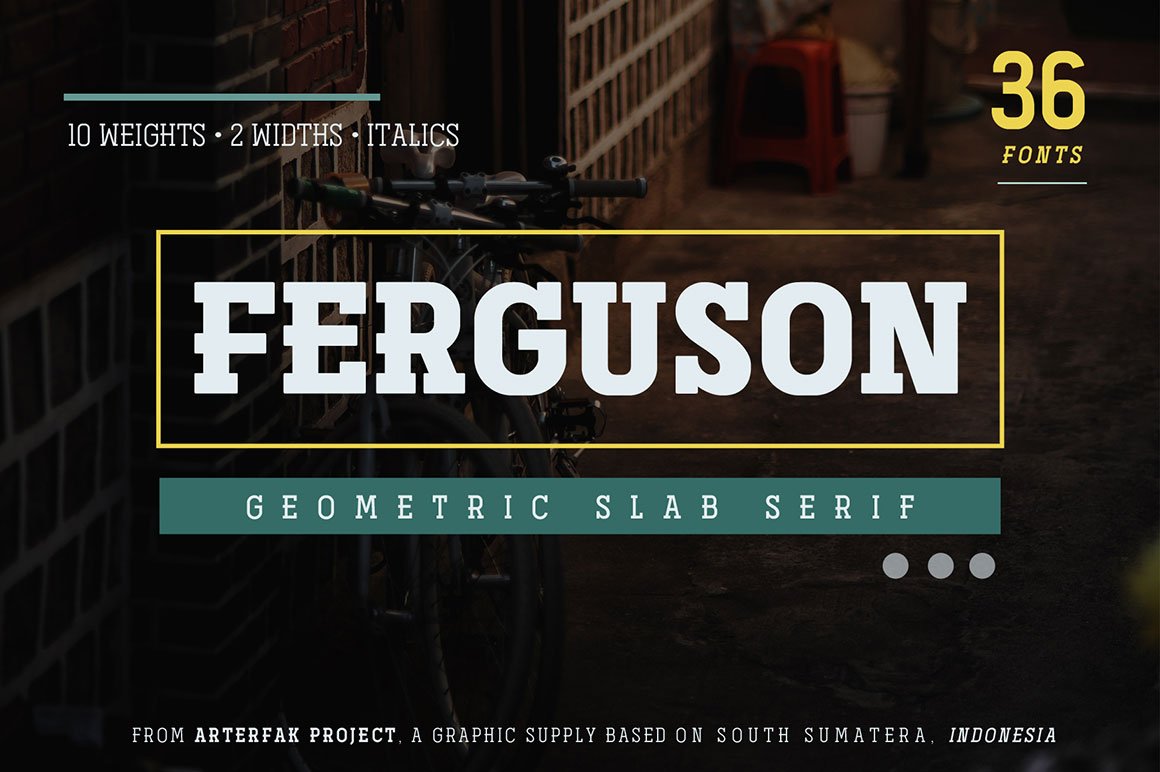 Inspired by old western and magazine designs. Ferguson has a straight and consistent line to give neat looks.

Ferguson is made for editorial and formal purposes, but still flexible to use it in other typographic projects. This font family has 6 weights and 2 widths that gives you many options on your designs projects.

Regular versions: Comes from Light, Normal, Medium, Bold, Black, and Ultra Black. Very recommended for editorial use such as body text, sub-headline, and tagline. The bolder weights are goods for headline too. Strong and geometric! Suitable for sports themes, social movement, masculine and logotypes.

Condensed versions: Available in Light, Normal and Bold. Great choice for a headline, and display. This condensed designed a bit minimalist than regular version to keep the readability. Also, there is Bold Shadow style to complete the vintage movement which happening now. Suitable for a poster, magazines, and clothing project. 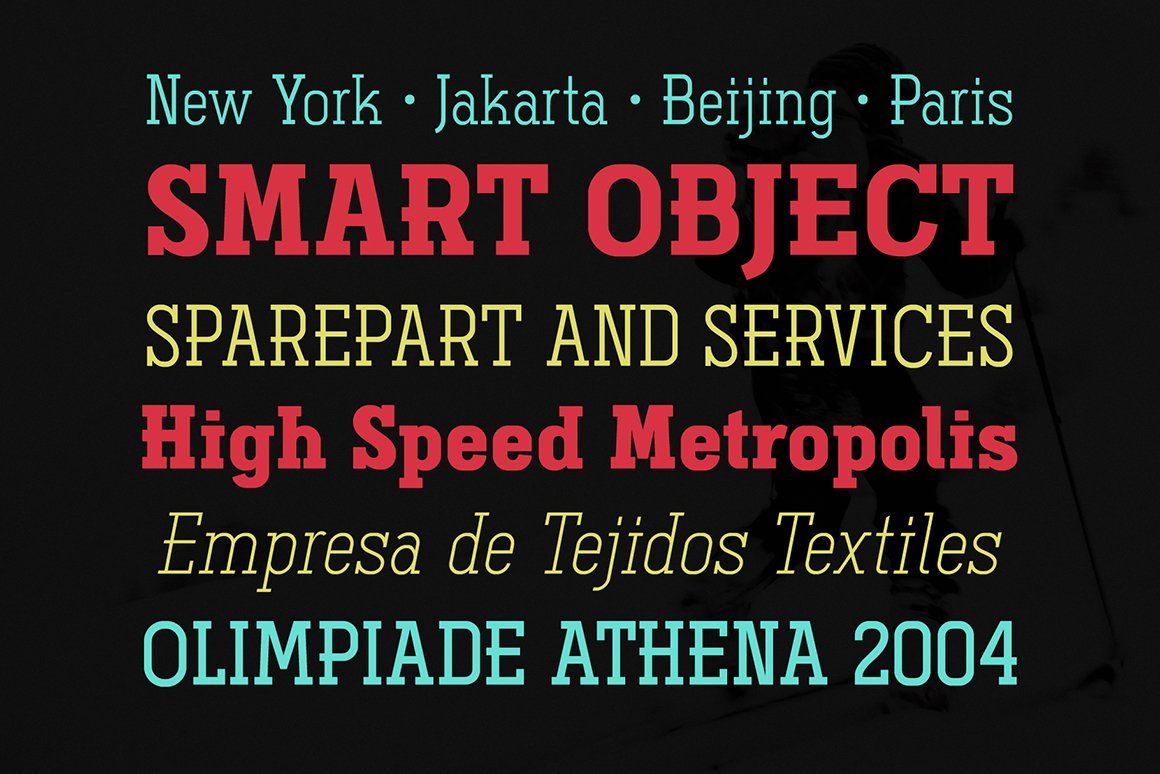 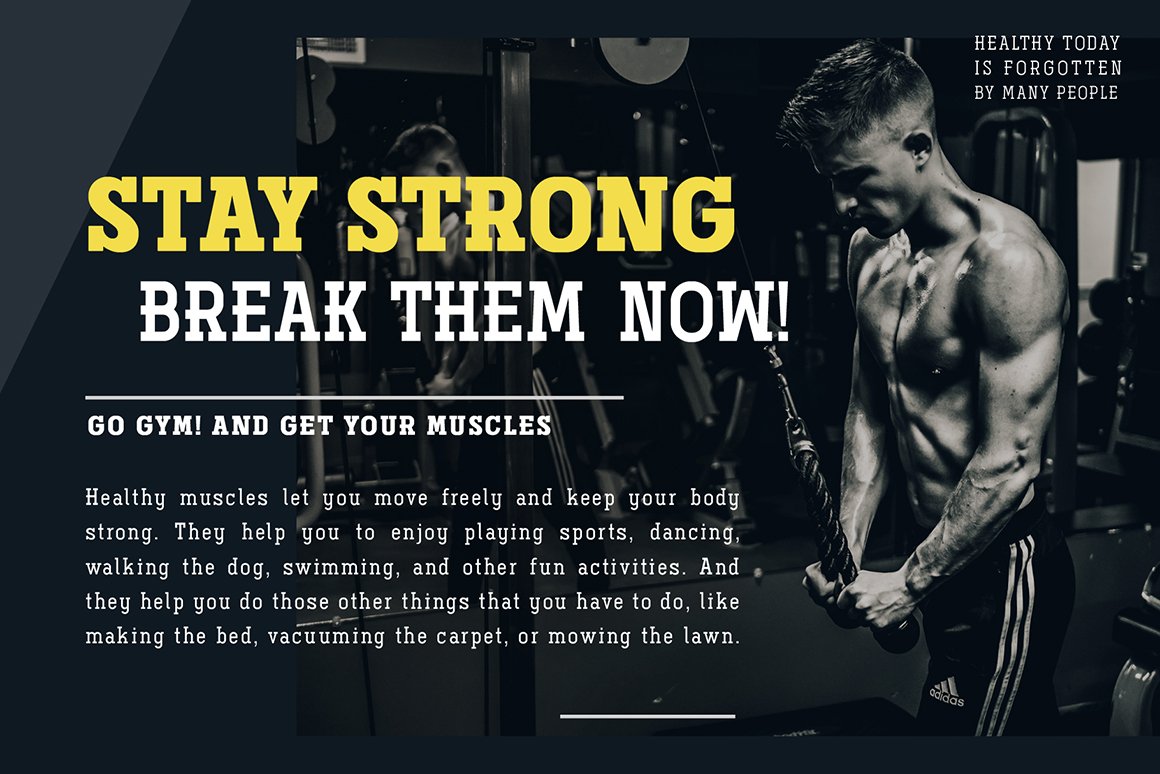 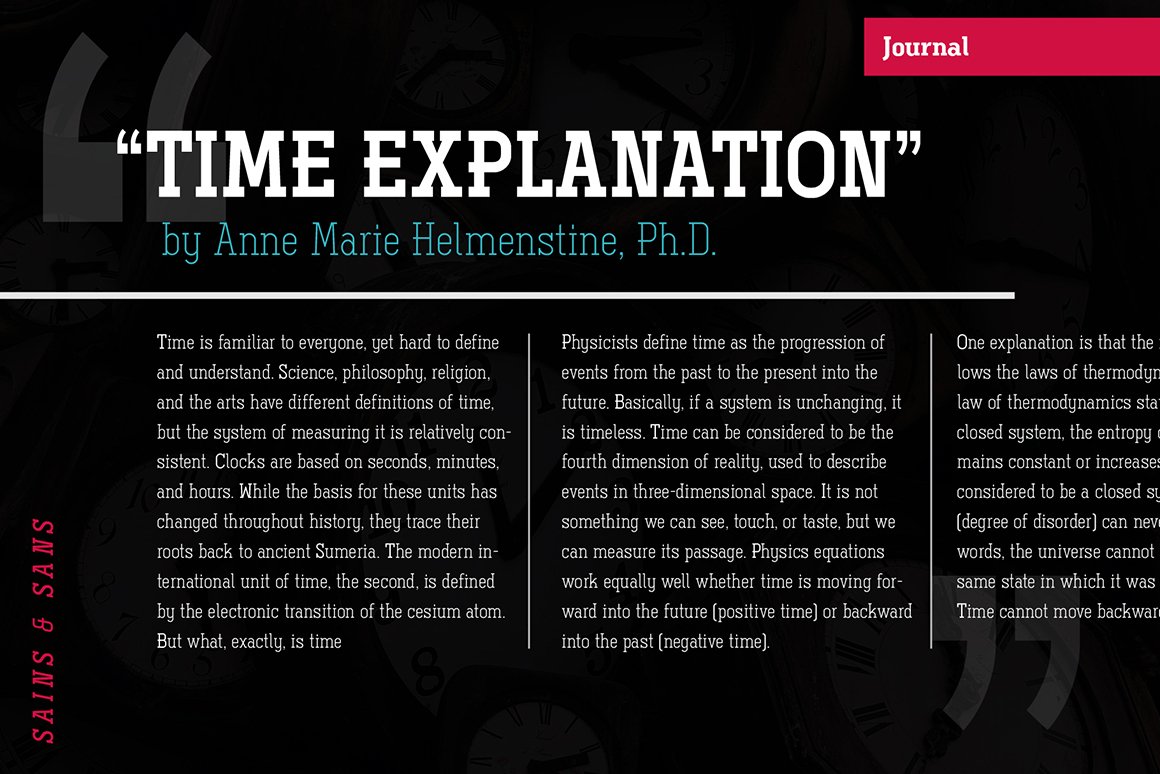 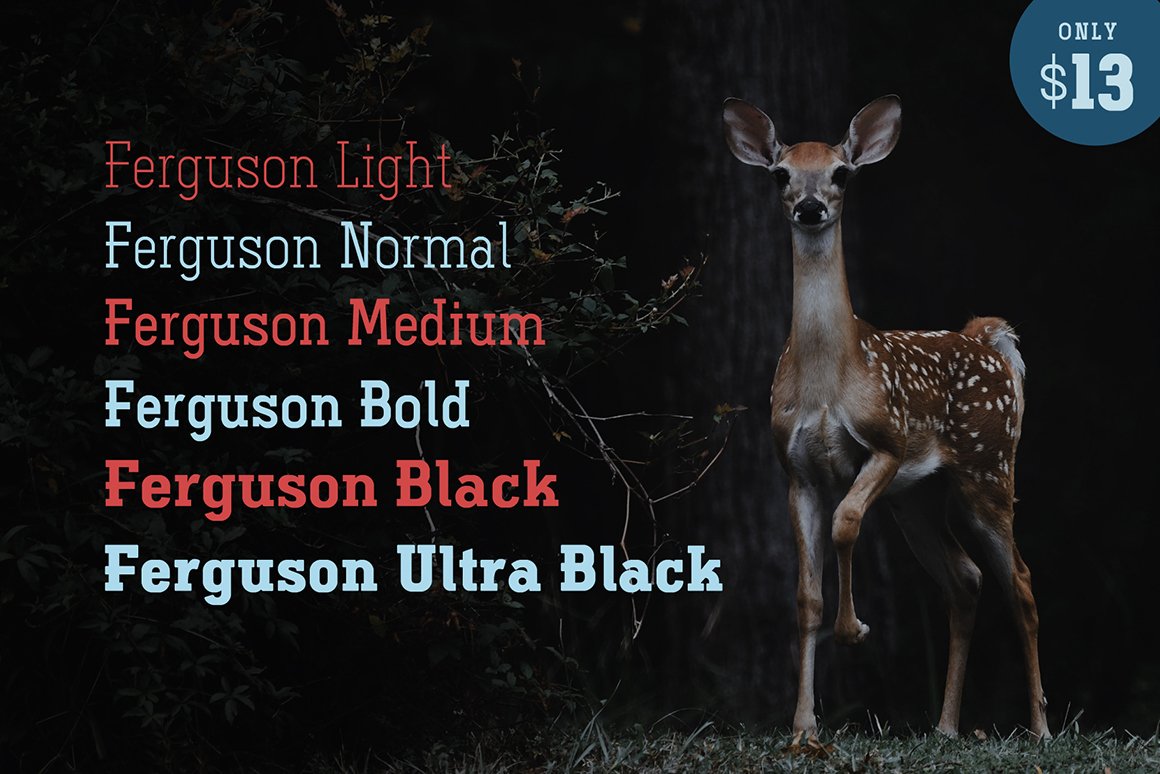 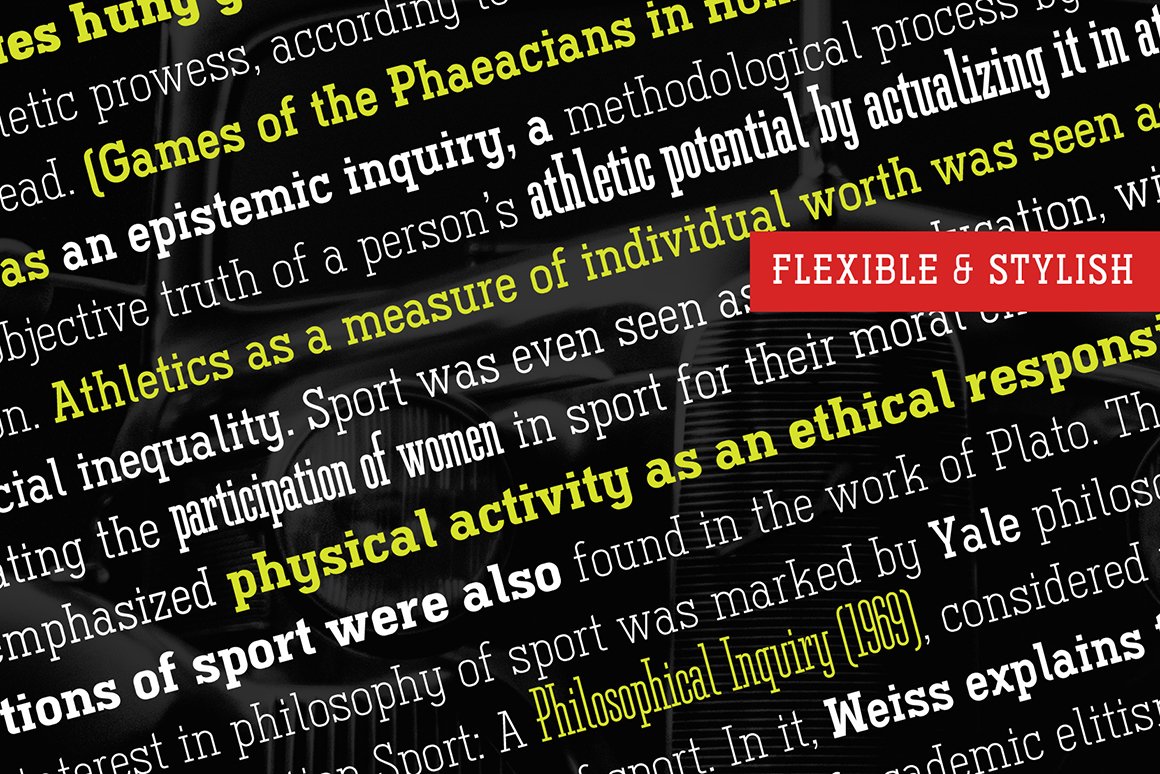 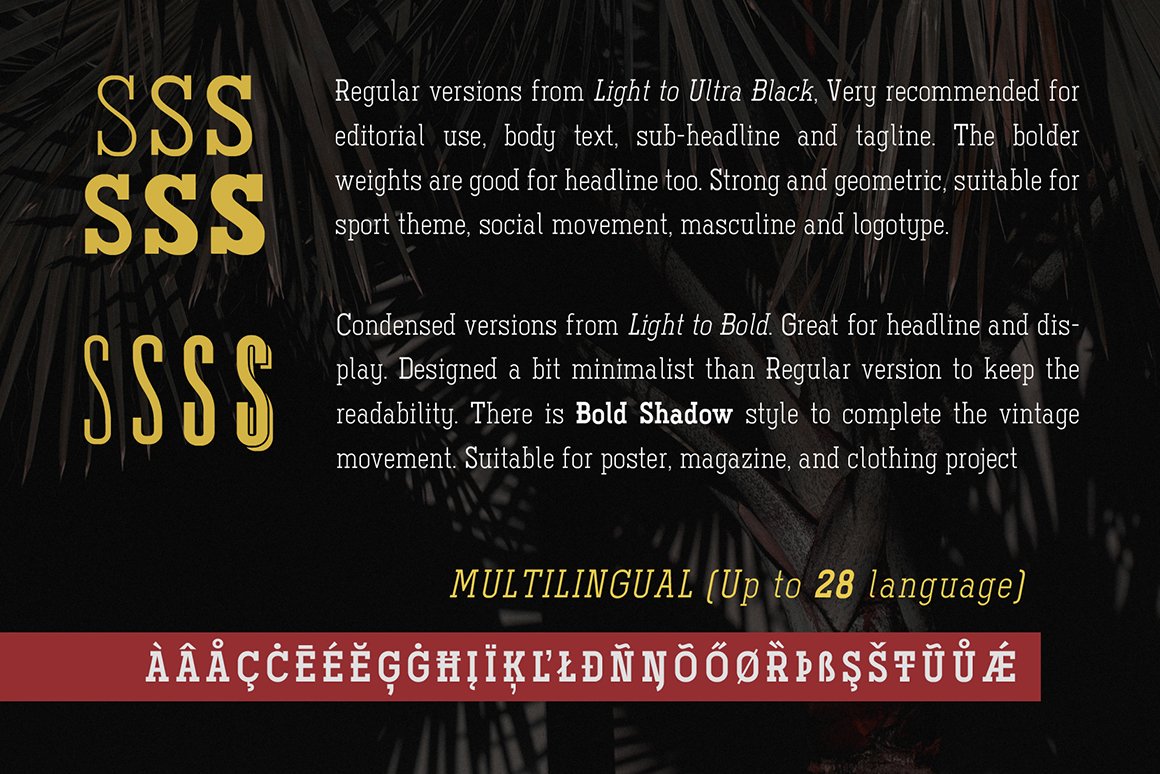 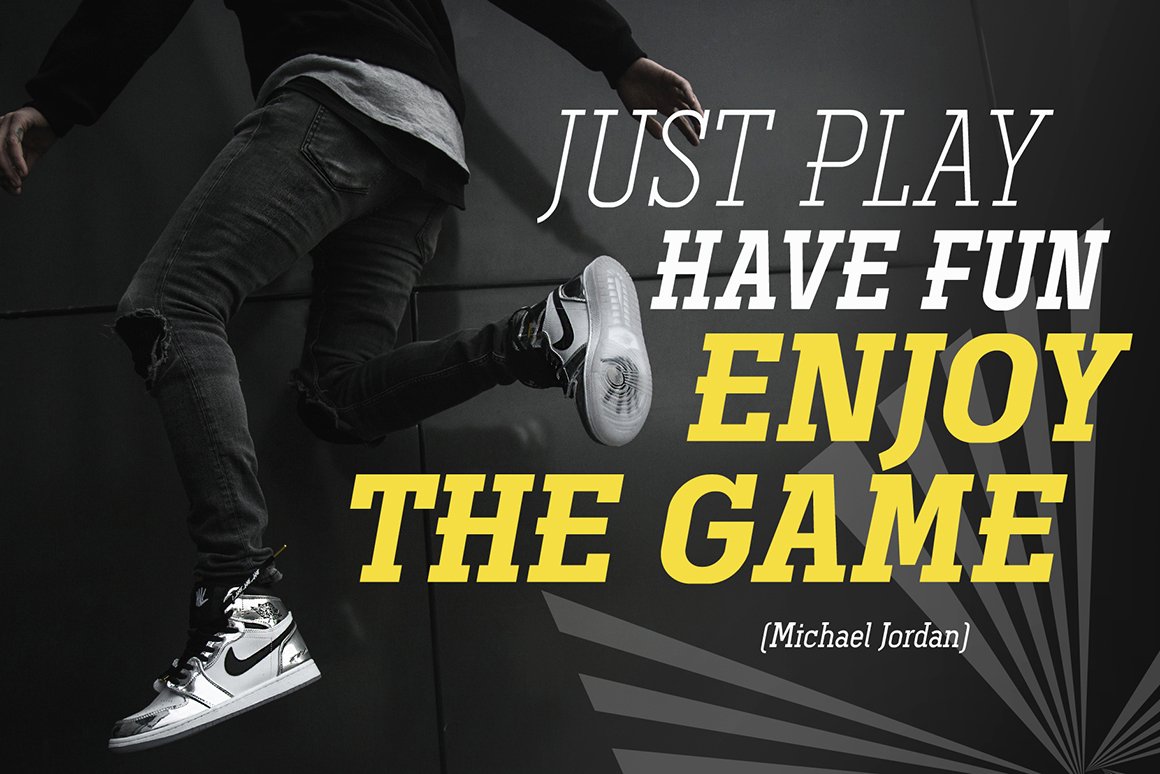 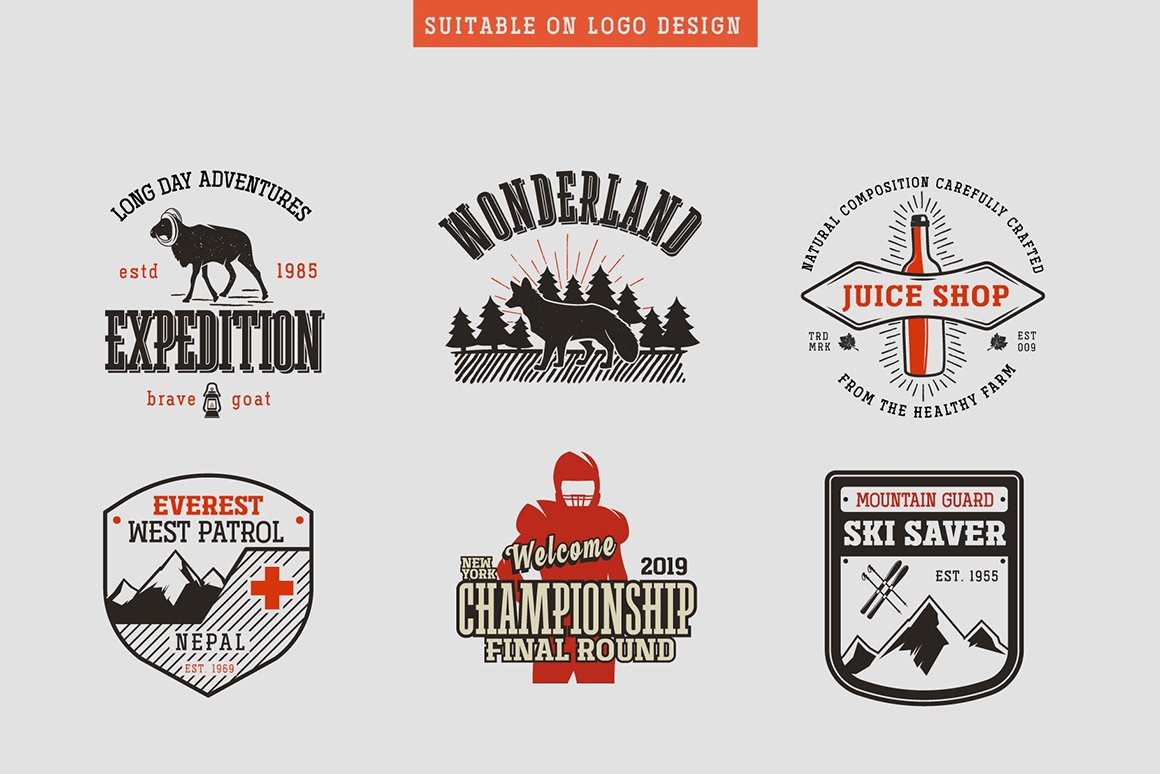 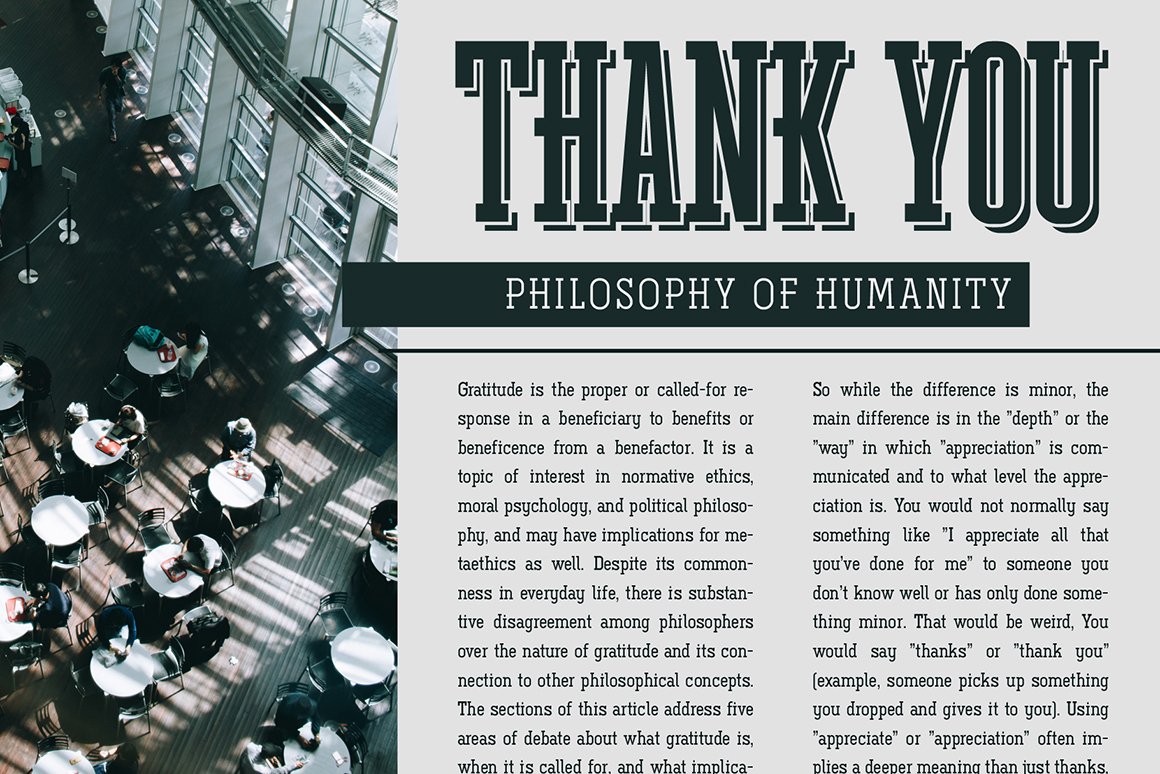