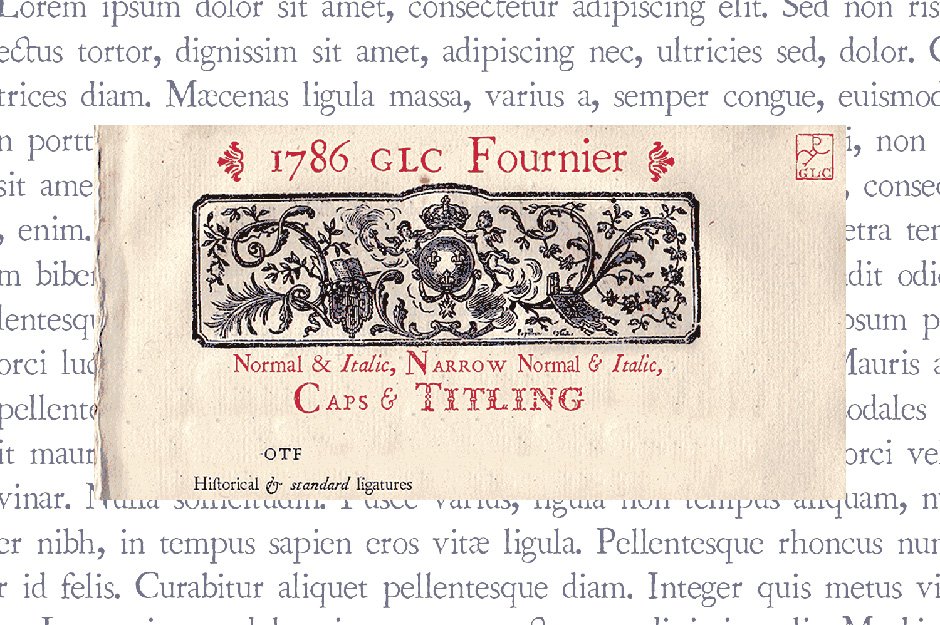 This family was inspired by numerous documents and books printed in Paris during the end of the 1700s. Mainly documents printed by P.G. Simon & N.H. Nyon, “Printers of the Parliament” were used for the Normal and Italic styles and “Caps”. “Titling” characters came from a collection of hymns printed by Nicolas Chapart. In France, these Fournier characters, as with Baskerville in Great Britain, were the most often used in the late 1700s, just before the Didot designs.