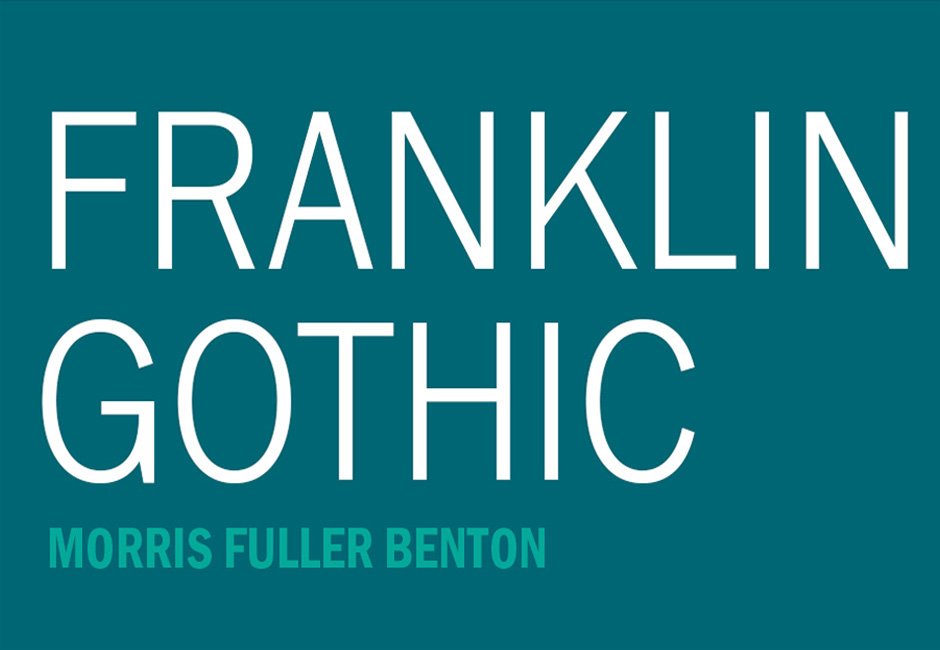 URW has created this version of Franklin Gothic, which includes 17 versatile weights.

Franklin Gothic and its related faces are a large family of realist sans-serif typefaces developed by the type foundry American Type Founders (ATF) and credited to its head designer Morris Fuller Benton. “Gothic” was a contemporary term (now little-used except to describe period designs) meaning sans-serif. Franklin Gothic has been used in many advertisements and headlines in newspapers. 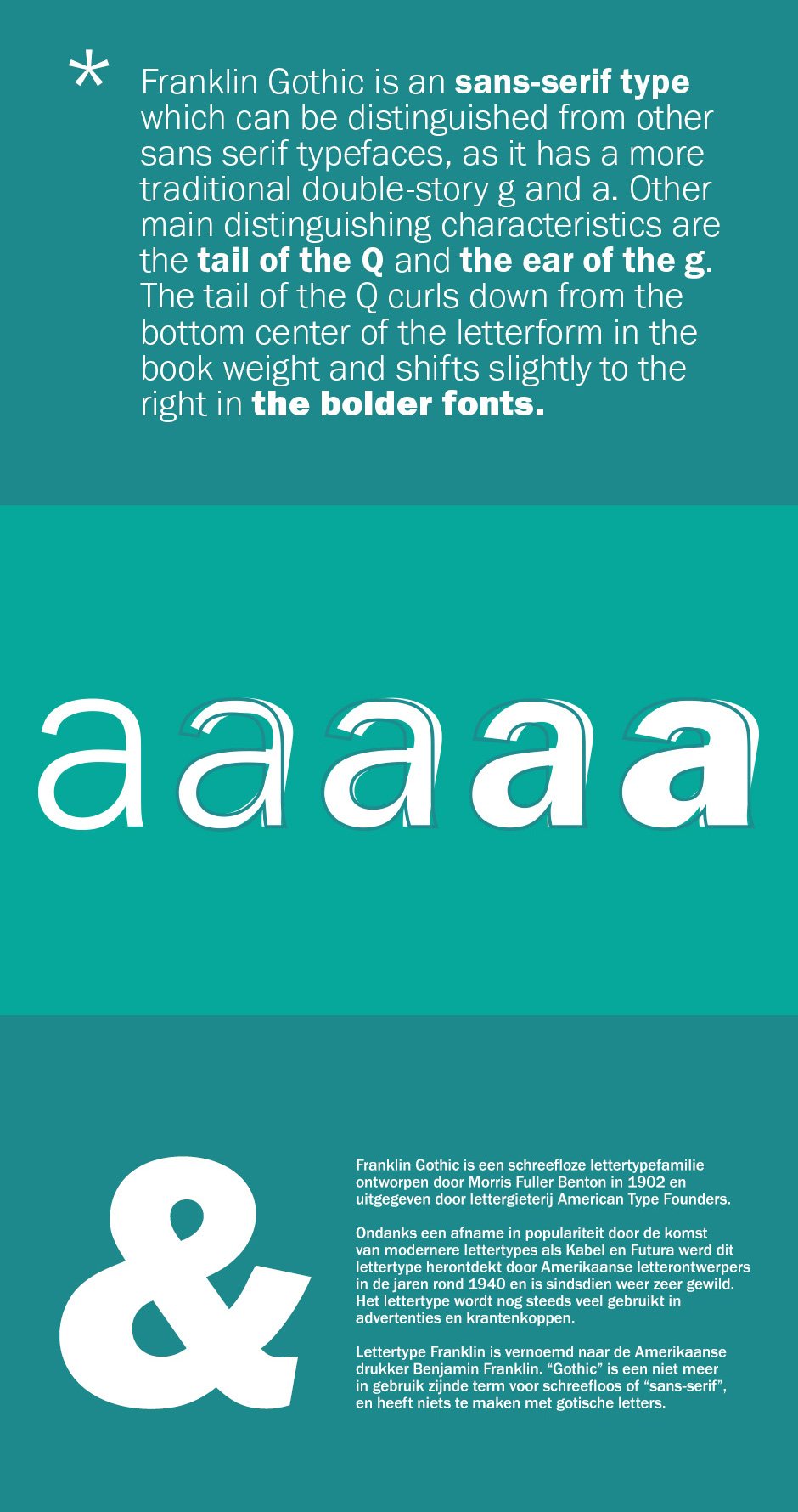