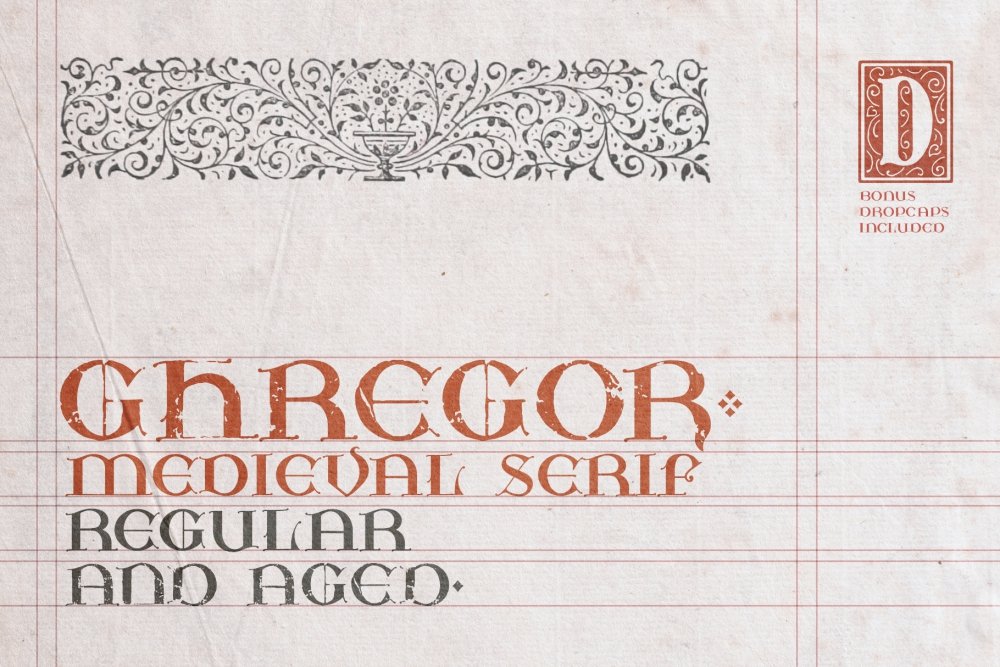 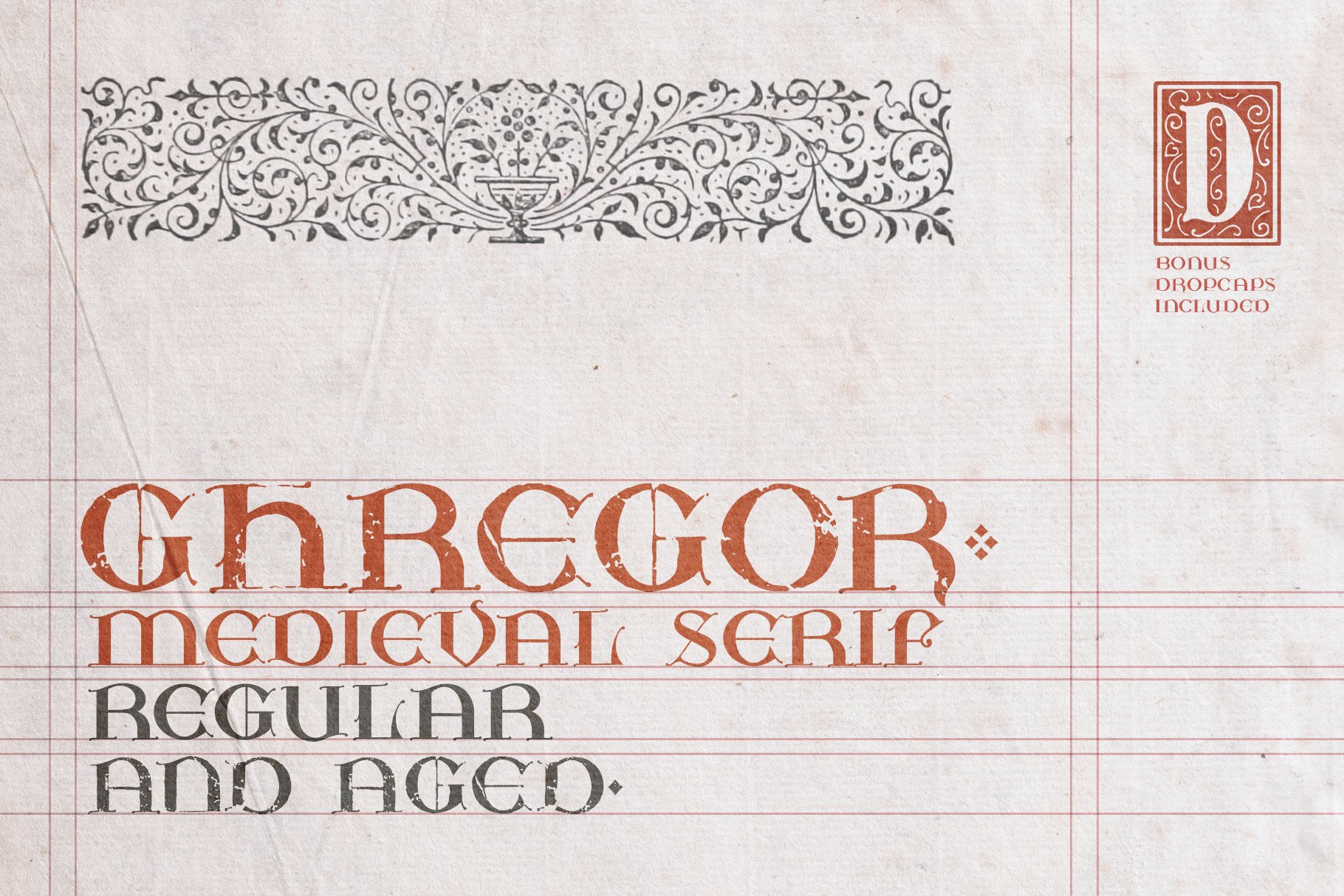 Ghregor is a medieval serif font, inspired by mid-century, medieval manuscripts. Loving crafted, it comes in two styles: Regular and Aged, the aged variant having a weathered and authentic old look.

Although heavily influenced by medieval manuscripts Ghregor is perfectly at home begin used for branding, packaging design and poster, but particularly in the likes of greetings cards and invitations.

To add authenticity the number characters have alternative glyphs that create roman numerals instead of numeric characters, so you can choose which works best for your project.

I hope you enjoy and have fun with this surprisingly versatile font.  :) 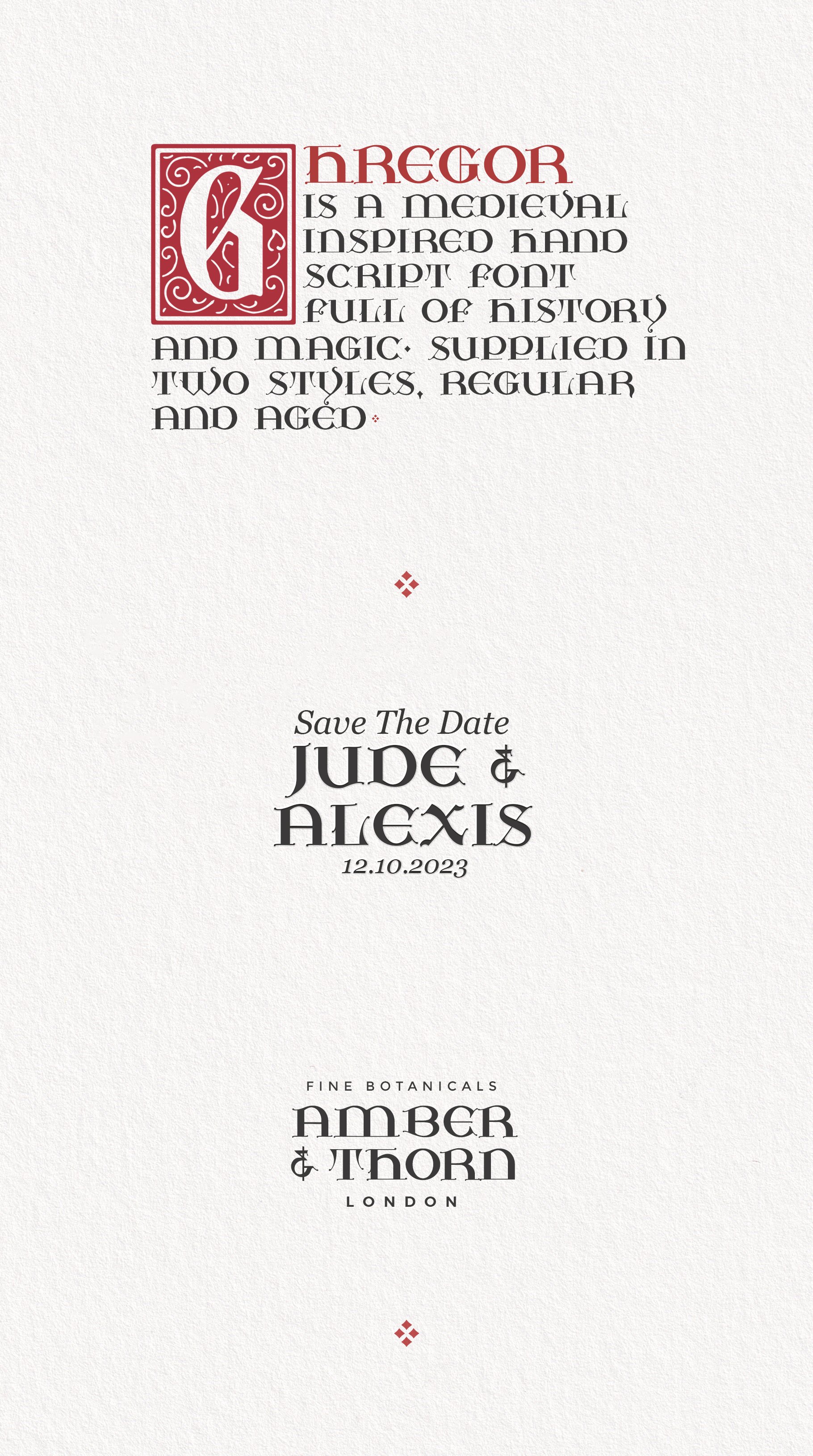 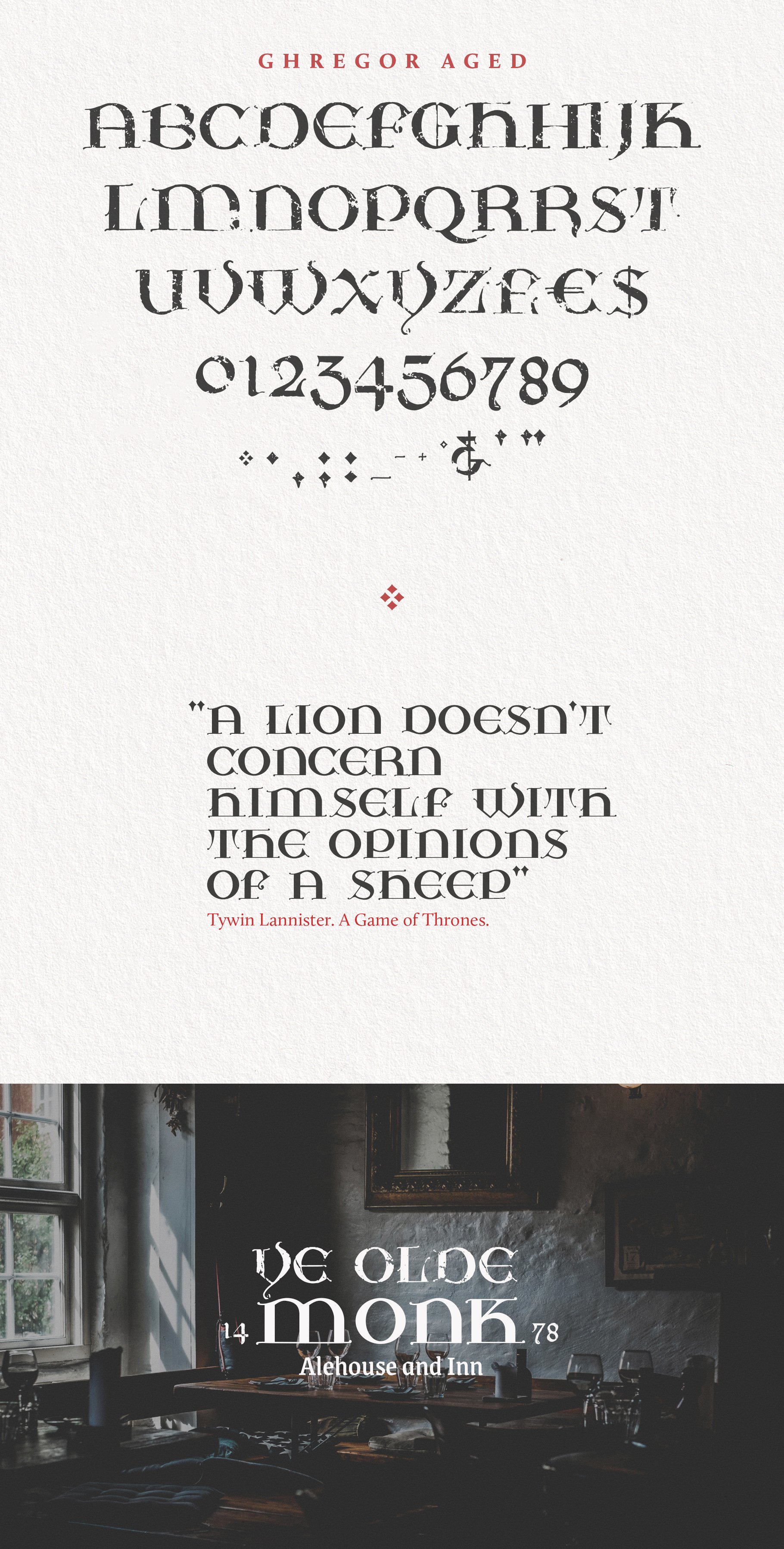 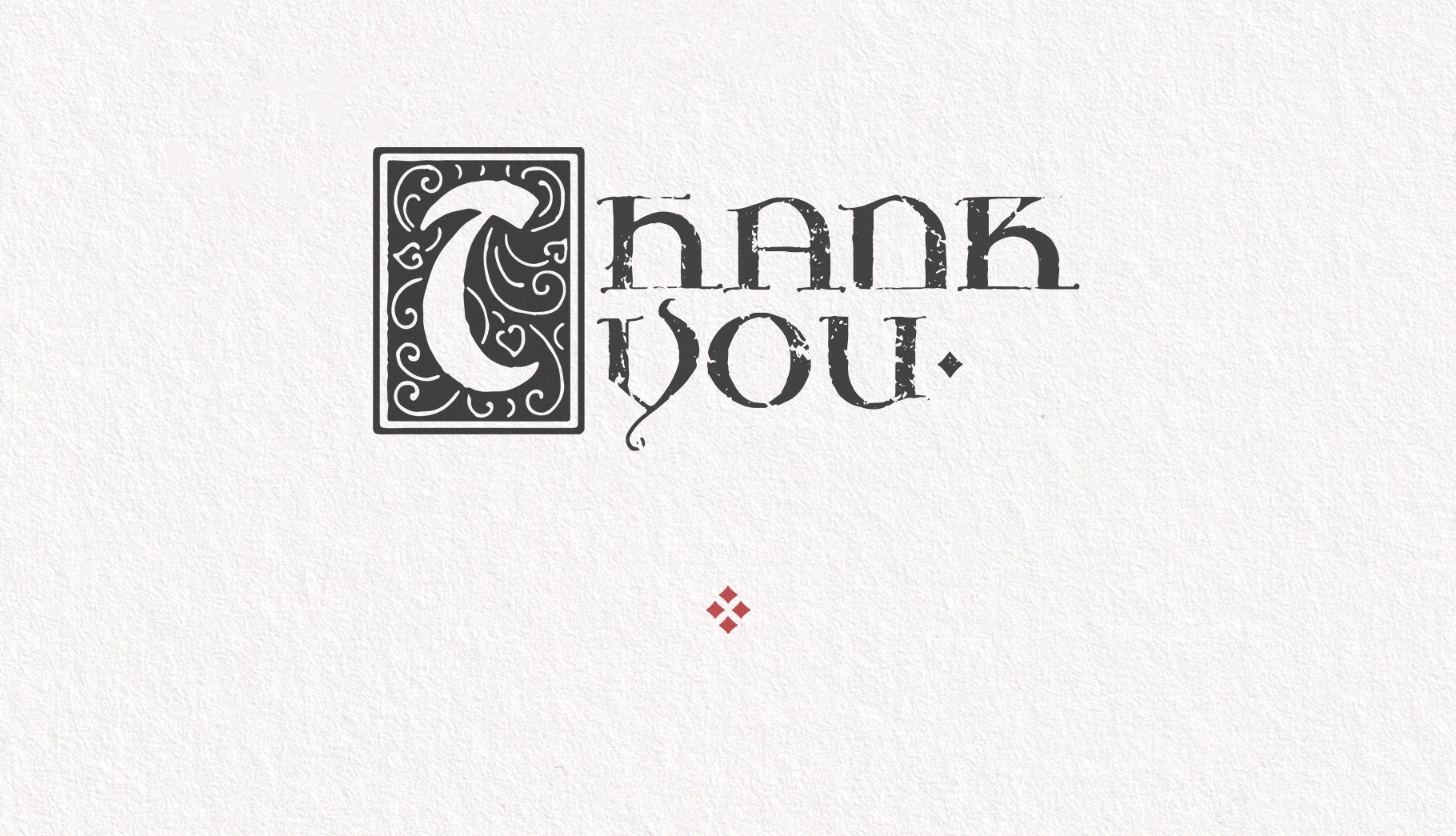 Be the first to comment on “Ghregor Medieval Serif” Cancel reply