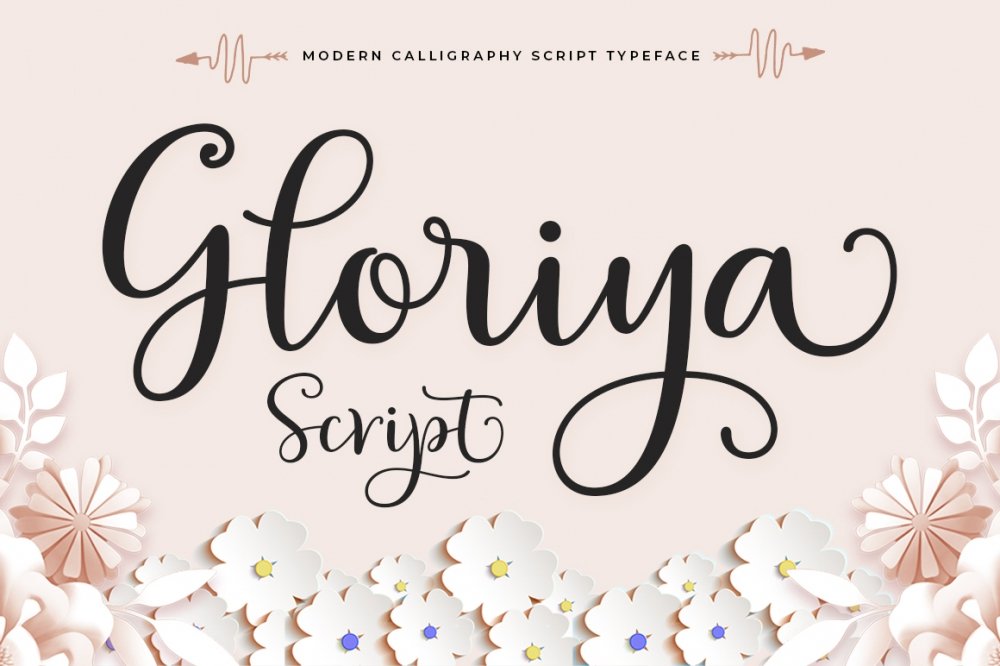 Gloriya Script is a new modern script font with an irregular base line. Trendy and feminine style. Gloriya Script looks beautiful in wedding invitations, thank-you cards, quotes, greeting cards, logos, business cards, and more. Perfect for use in ink or watercolors. Including initial letters and terminals, alternatives and support for many languages.