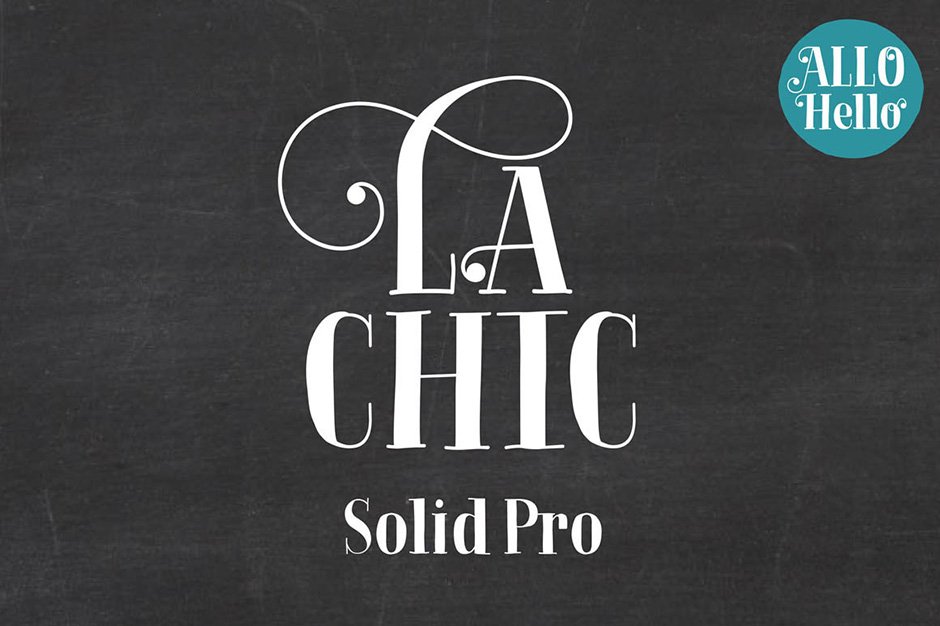 La Chic Solid Pro’s Stylistic Alternates feature adds a little more flair to the La Chic font family. Mildly flourished Capitals, scripted so that when typeset in all caps, only the first Capital will be flourished to preserve readability and avoid unsightly collisions. La Chic’s Solid Pro’s Swash Alternates feature takes the flair even further with elegantly flourishing Capitals, also scripted so that when typeset is in all caps, only the first Capital will be flourished to preserve readability. The complete lowercase is also substituted for a flourishing lowercase set.

By enabling BOTH the Stylistic Alternates and Swashes features, automatic Initial & Final lowercase letterforms that will automatically swap to avoid any letter collisions as you type including the flourishing swashes lowercase.

But there’s still more style and flair yet.

All features have Special Titling Swap-Out Ligatures for the following words “and”, “of”, “at”, “from”, “by”, “and the” when typed in Parenthesis (whether typeset in Capitals or lowercase).

All features also include a small batch of Special Long Flourish characters enabled by typing an underscore after each letter (IE: H_, L_, t_ ,and w_).