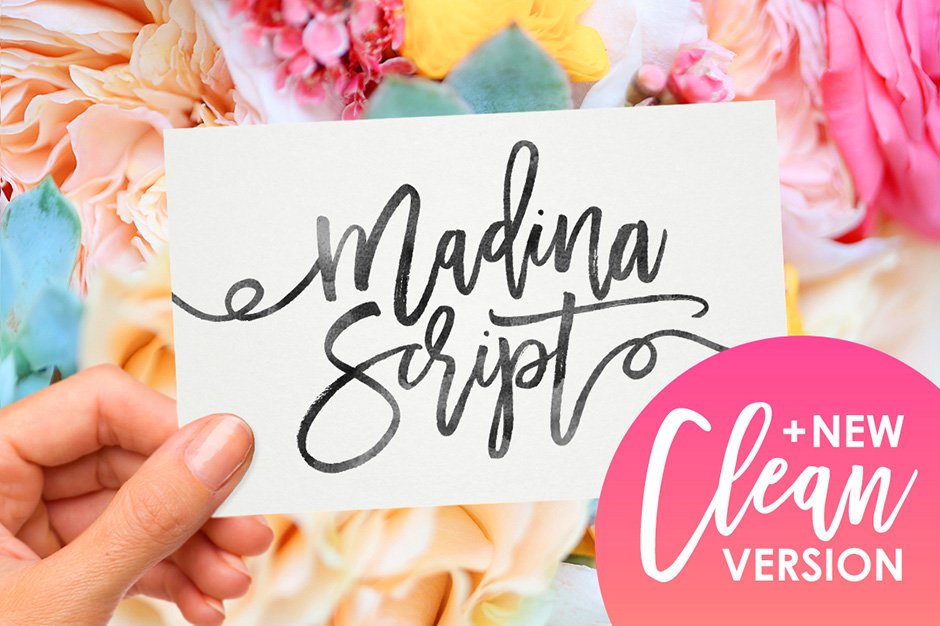 Thanks for checking out Madina Script! A fabulously fun yet elegant script font with tons of energy, allowing you to create beautiful hand-made typography in an instant. With extra bouncy curves and loops, the Madina Script font is guaranteed to make your text stand out – perfect for logos, printed quotes, invitations, cards, product packaging, headers and whatever your imagination holds.

What’s really awesome is that, the Madina Script font comes with a complete set of lowercase alternates, which allows you to create even more authentic custom-feel text. Another great feature is the bonus ornaments font, which allows you to add some really unique and elegant finishing touches to your script text. 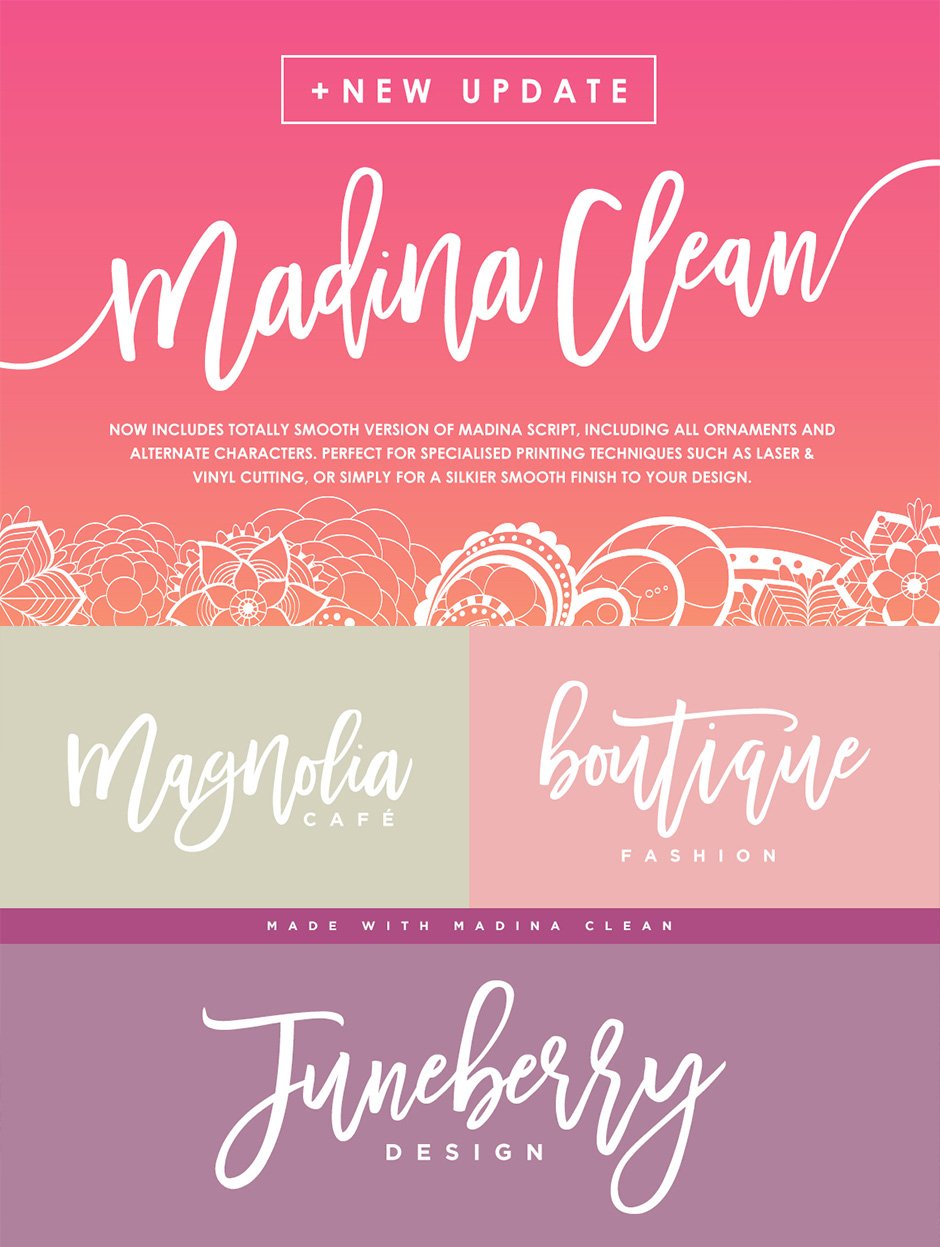 35 lovely comments from our community