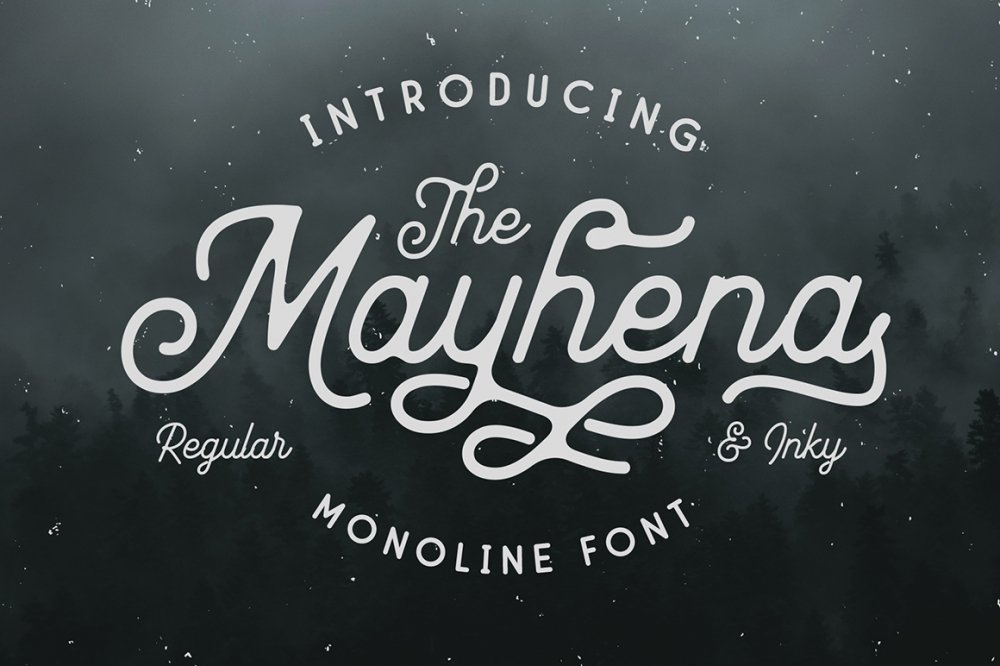 Mayhena comes in a regular and inky style that you can use to create beautiful vintage typography on any project like t-shirts, merchandise, logos, insignia, labels, posters, magazines, packaging, quotes and more. Mayhena font keeps the legibility to use on body text.

Mayhena font is complete with alternates and stylistic set 01 to 08 that you can make many variations of typography like long swashes, short swashes, ornamental tails, end strokes and more. Supports 27 languages with 500+ glyphs! Be the first to comment on “Mayhena Monoline Font” Cancel reply