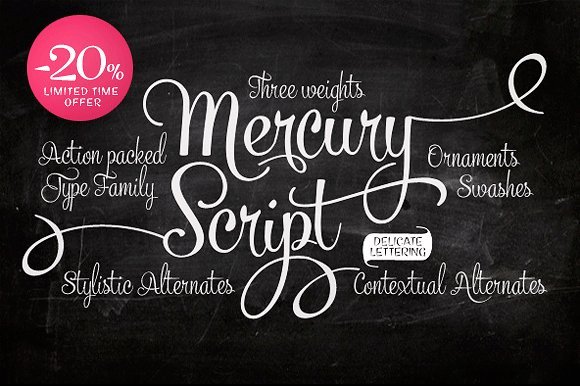 Mercury Script is an action-packed type family of three weights. Click on Swash, Contextual or Stylistic alternates in any OpenType savvy application for plenty of extra grooviness, and combine with Mercury Ornaments for superb results. Turn on Small Caps to activate a complete set of block capitals designed to go with the font. 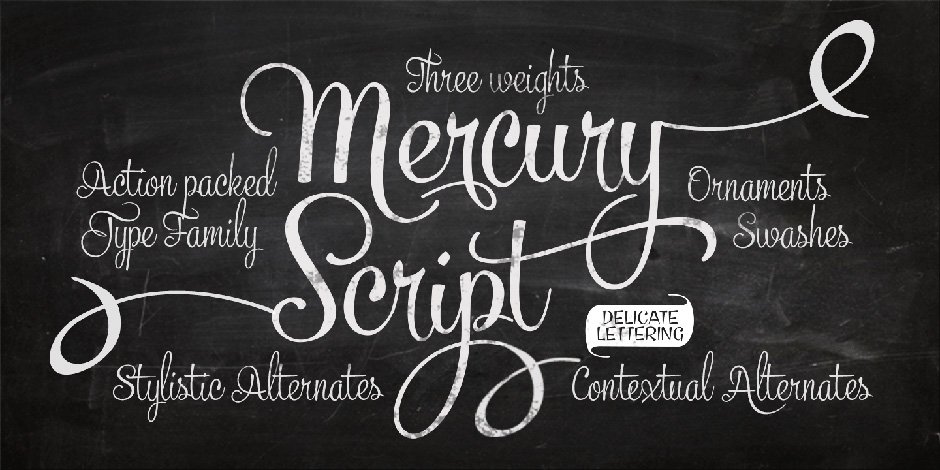 Mercury Script is based loosely on hand-lettering found in a vintage lingerie advertisement, only containing the words “light control”.