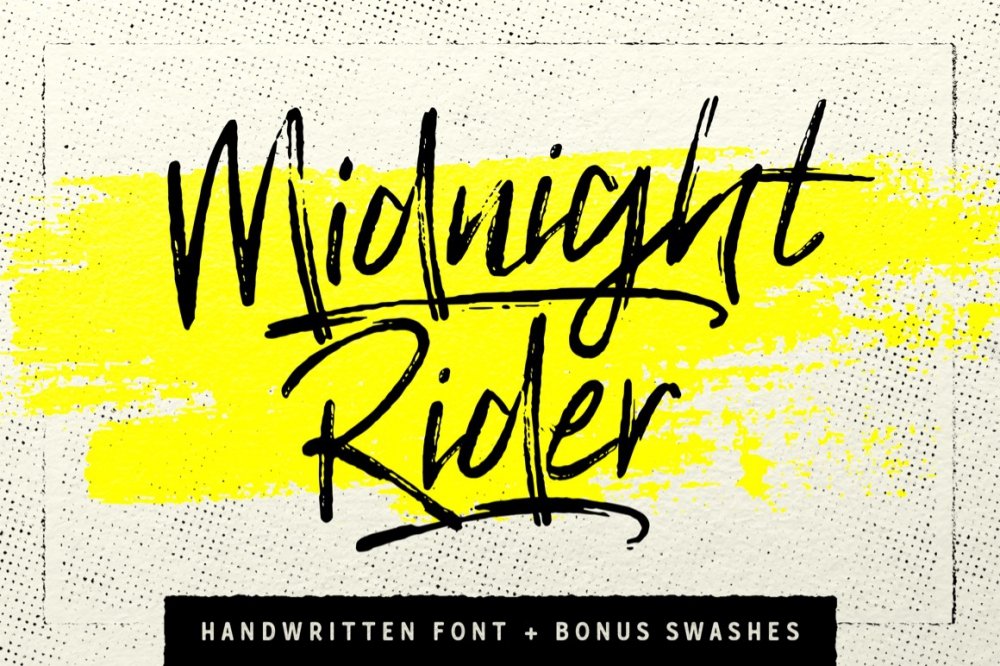 A script font written in a dry marker with a quick and personal style. 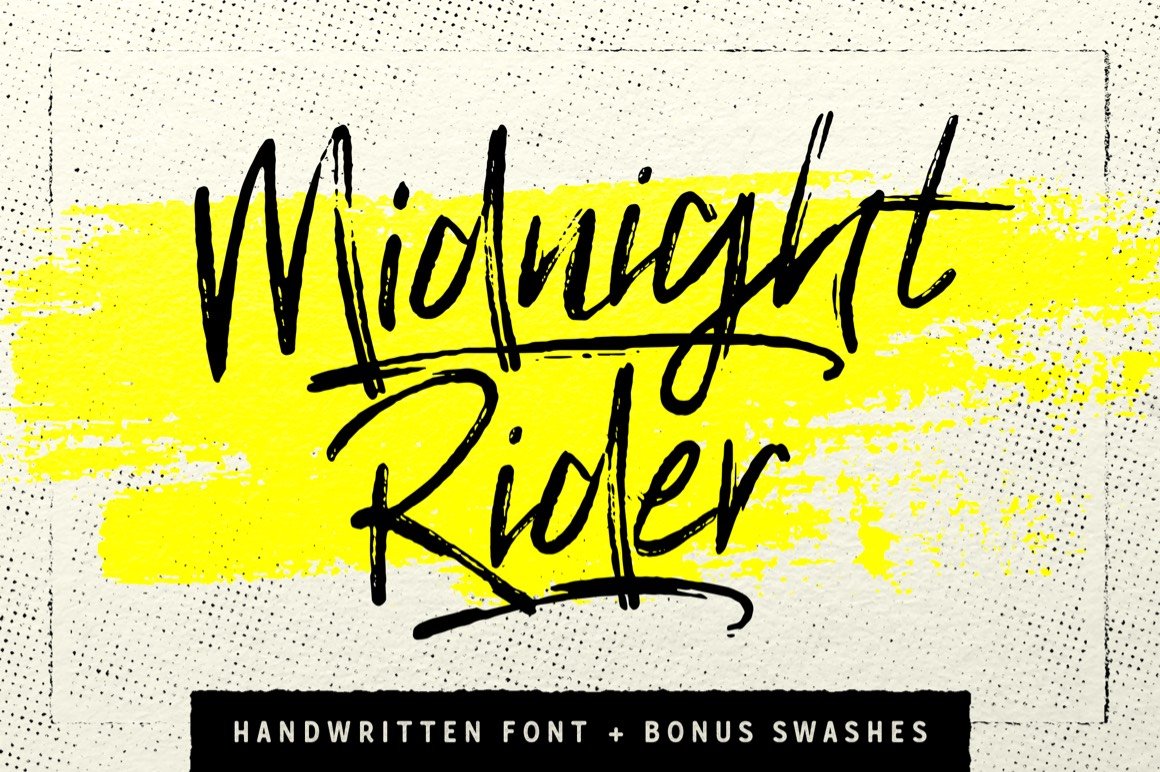 Midnight Rider includes over 300 glyphs with international characters like Å Ä Ö Ü and lots more. It has stylistic alternates for both uppercase and lowercase that you can access thru Photoshop, Illustrator or any other Open Type capable software.

Midnight Rider also has a bunch of ligatures for those “rr”, “gg”, “ll”, “mm”, “ee” e t c combinations so the same letter won’t repeat itself.

ALSO INCLUDED: Midnight Rider Swashes. A font with nice looking swashes to go with Midnight Rider for that extra finishing touch to your designs. Just access them thru A-Z 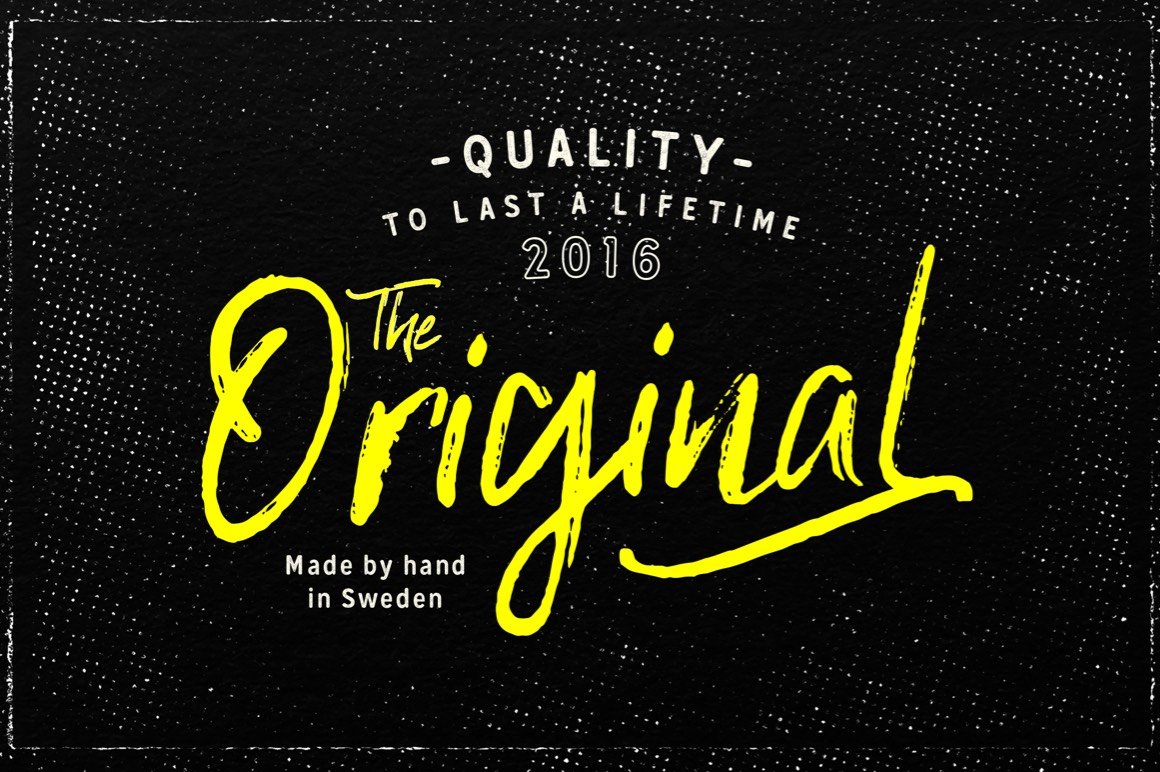 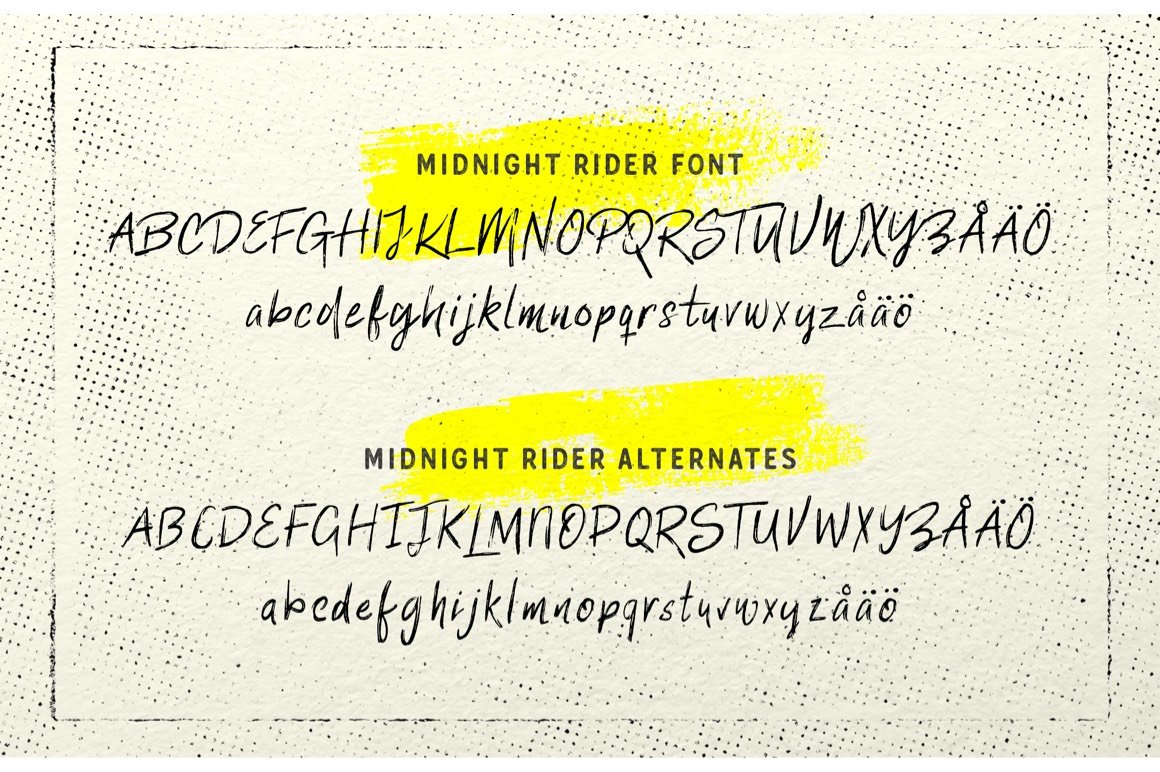 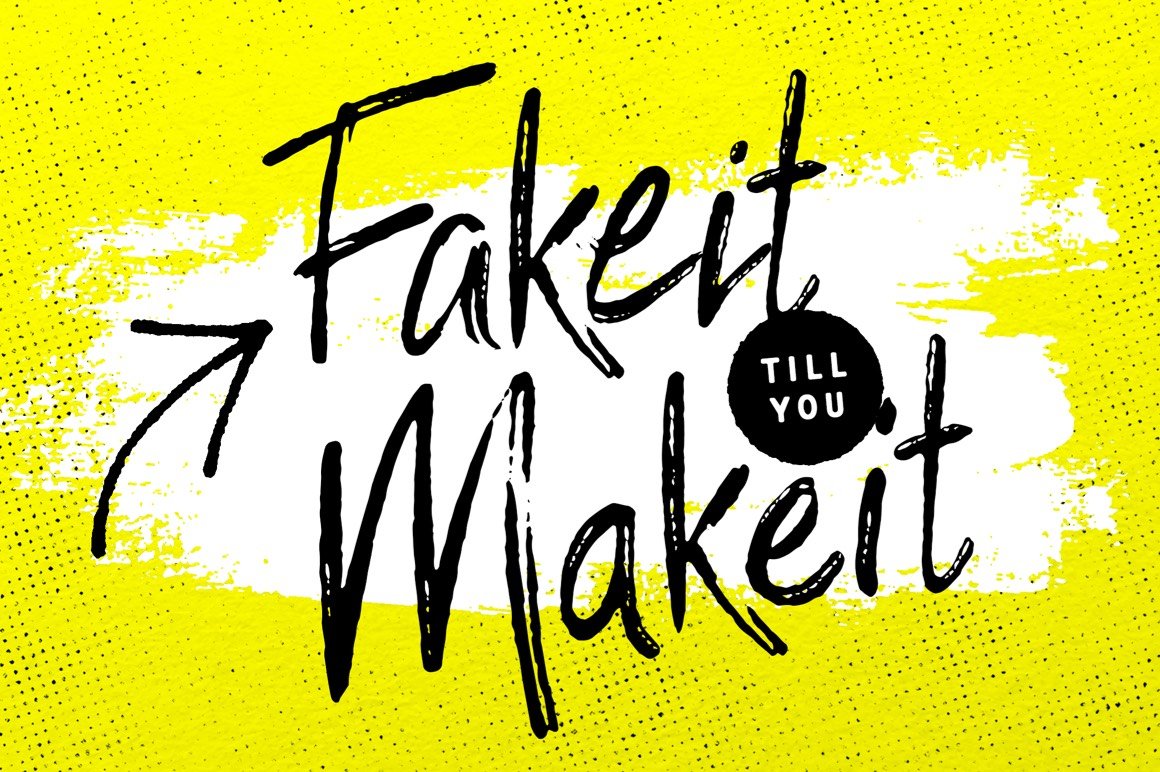 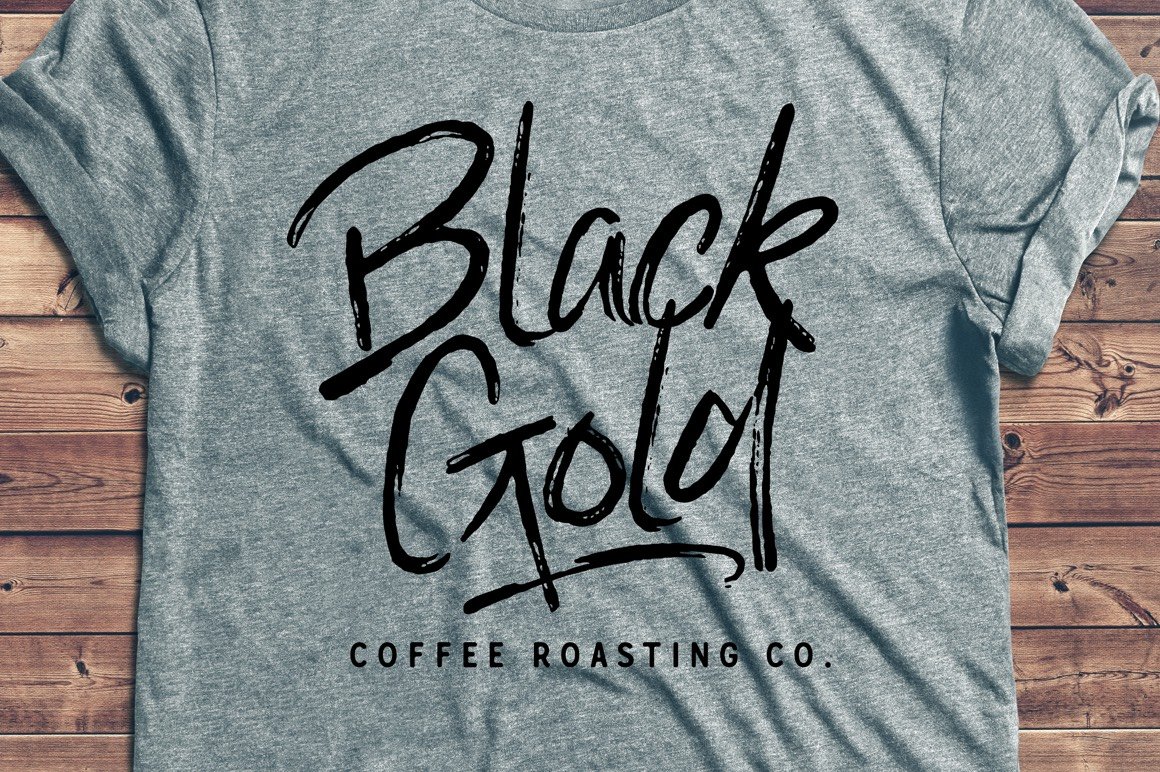 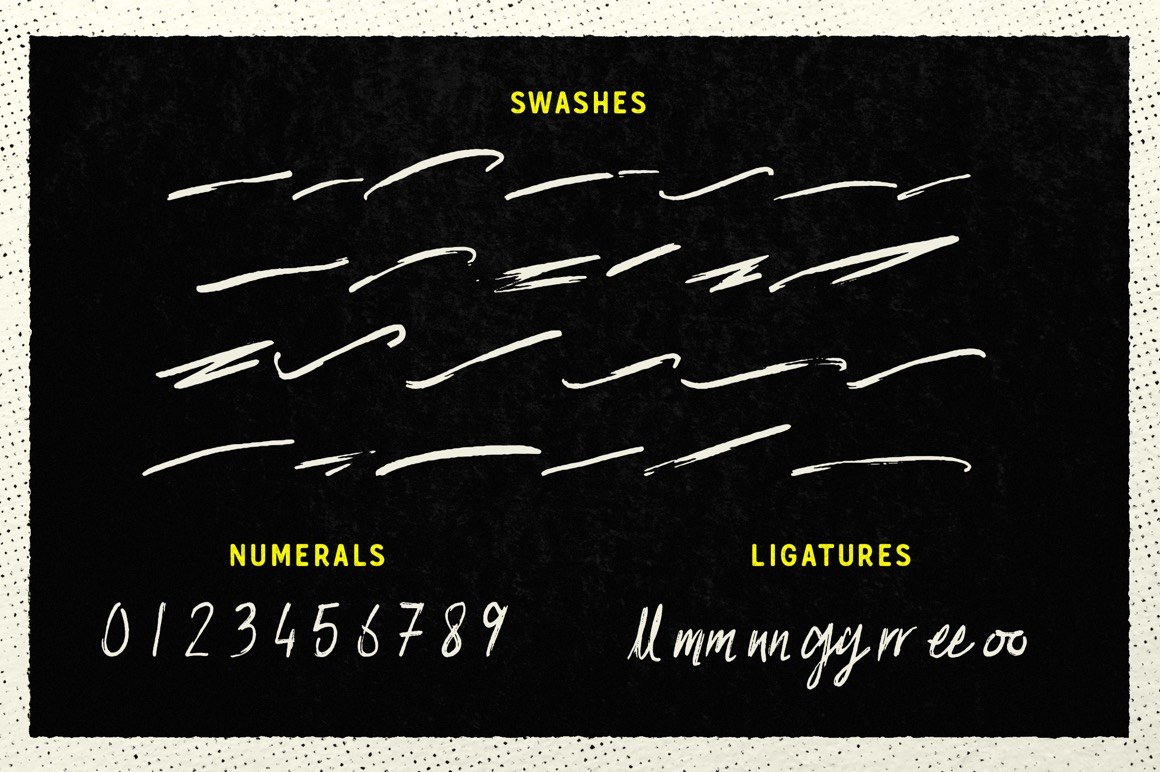 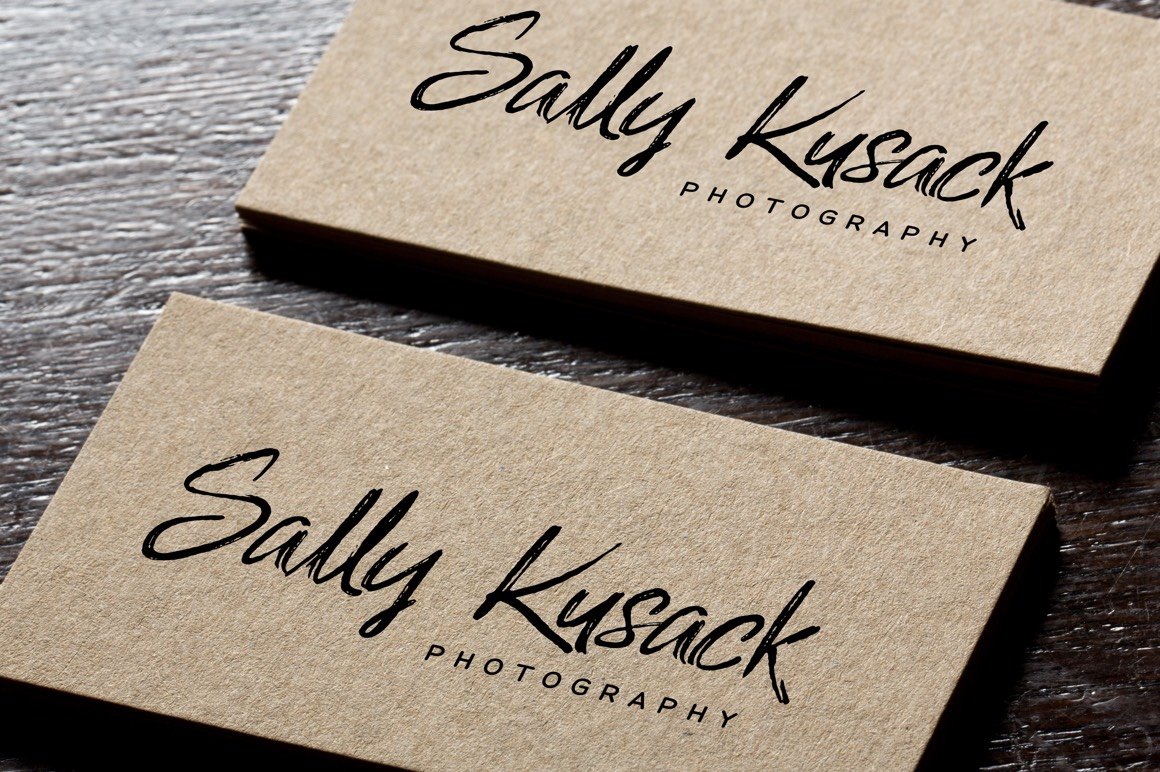