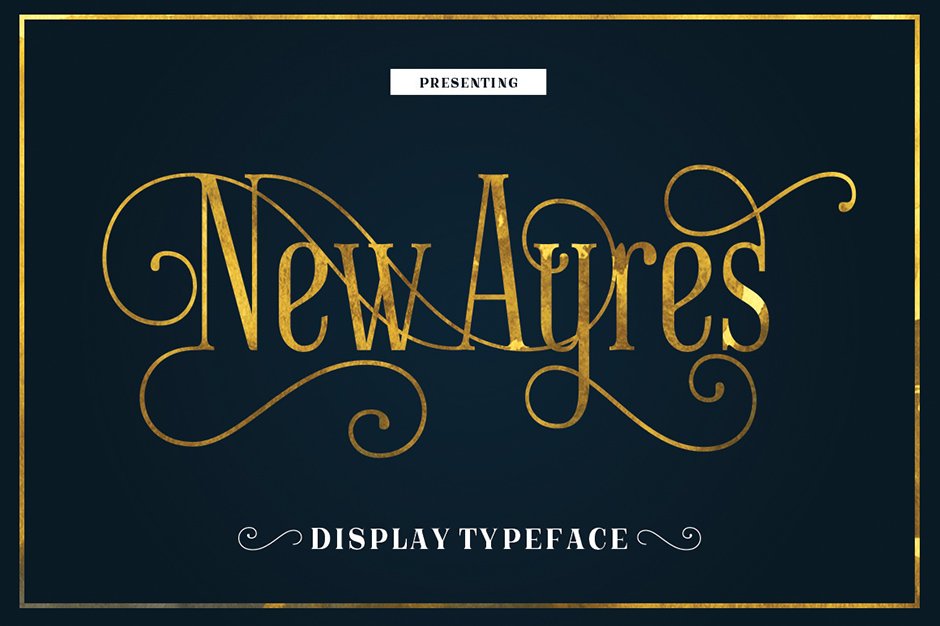 Perfect for titling; with at least five alternates per letter, the possibilities become endless. Choose the one better suited for your project and make your text stand out immediately!

703 glyphs take part in this font, including a large set of alternates, ligatures and swashes for you to choose from.

Be the first to comment on “New Ayres Typeface” Cancel reply