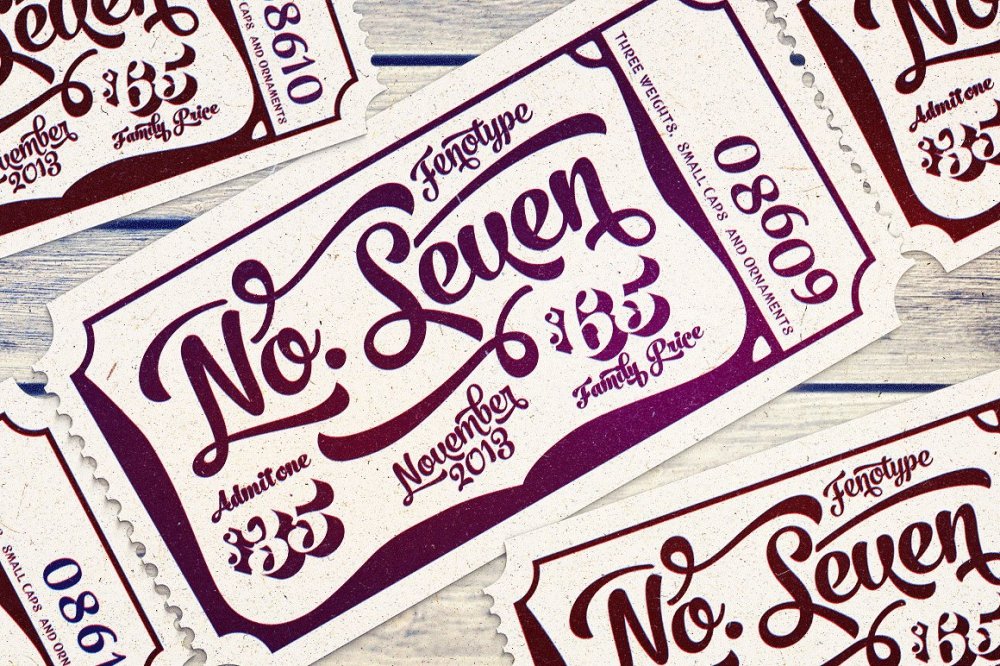 No. Seven is equipped with plenty of OpenType features. To activate the alternates, click on Swash, Contextual, Stylistic or Titling Alternates or Discretionary Ligatures, Tabular or OldStyle Lining in any OpenType savvy program or manually select the characters from the Glyph Palette. Always keep the Standard Ligatures on for the best outcome. 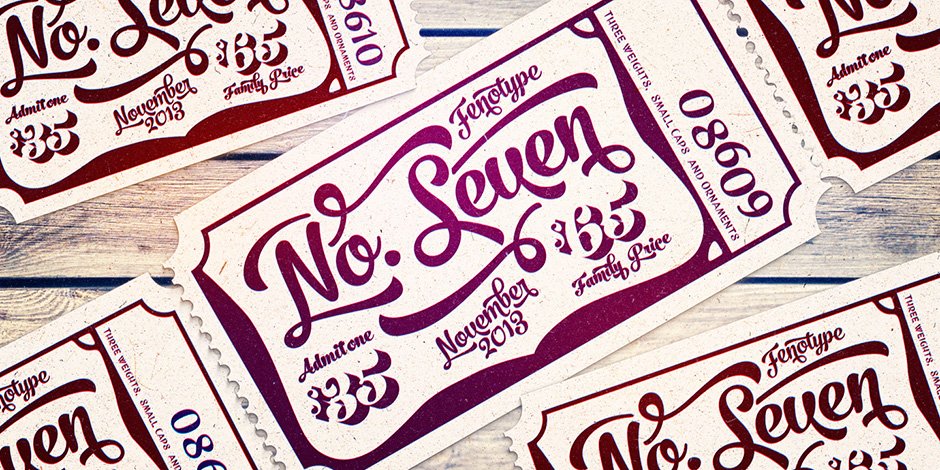 Combine No. Seven with No. Seven Ornaments and No. Seven Small Caps to complete your designs.

No. Seven is an effective font for creating ambitious headlines, logos & posters with a custom-made feel.