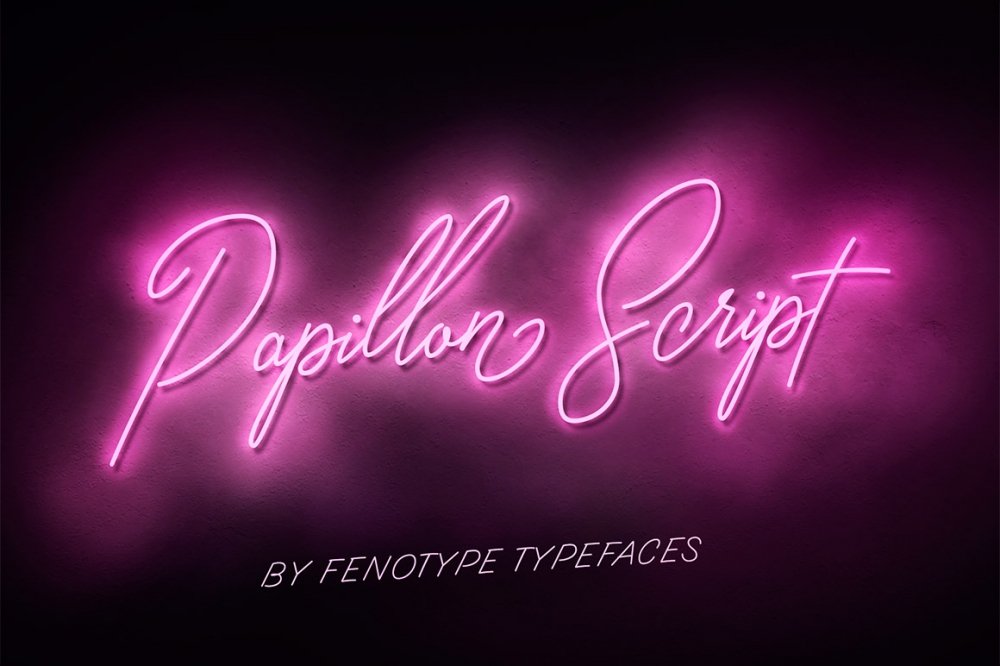 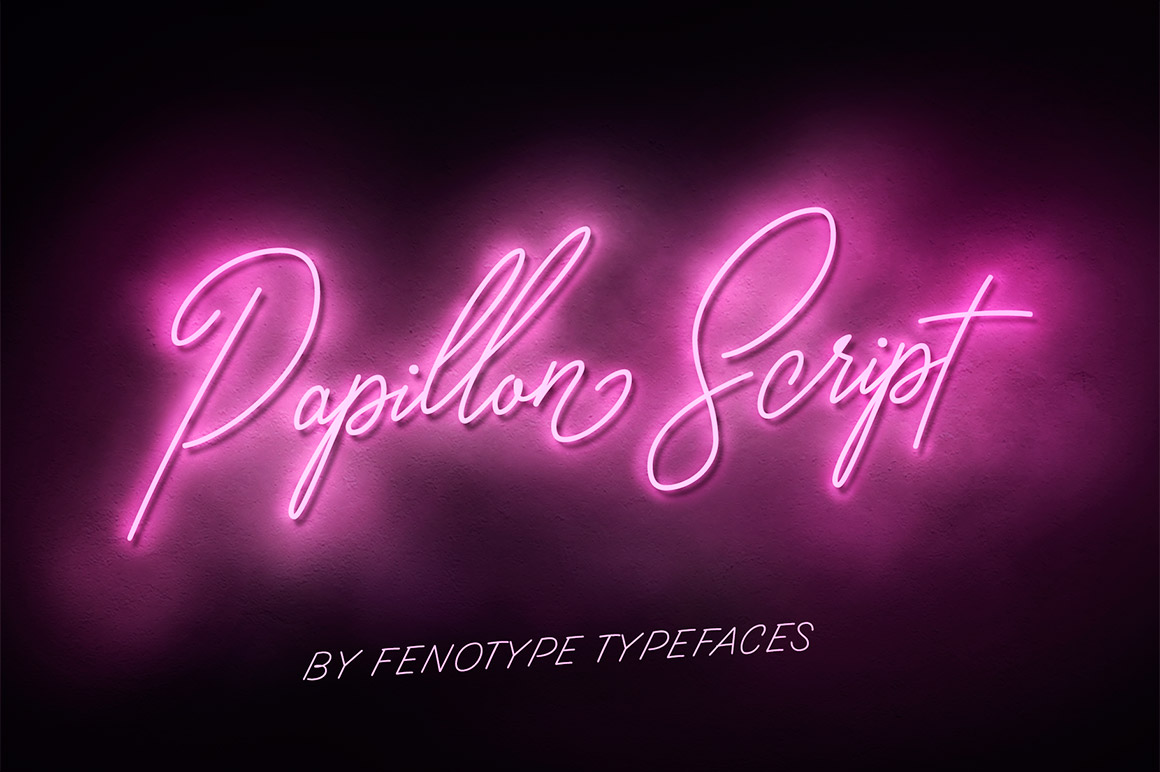 Papillon Script is ideal for logo, headline, brochure, model for a neon sign or any display use like that. Papillon Script is completely monolinear and it gives a clear but vivid impression of a hand writing style.

Standard Ligatures is automatically on and it adds variation and smoothness to typing. If a same letter repeats in the same word the latter will automatically change to an alternative version.
Contextual Alternates is an optional feature that cuts the connection between letters every once in awhile. Titling alternates changes the last character in every word into an ending swash alternative.
From Stylistic Set 1 you’ll find a set of 34 ornaments, strokes and arrows. Small caps turns lowercase into a set of legible capital letters. 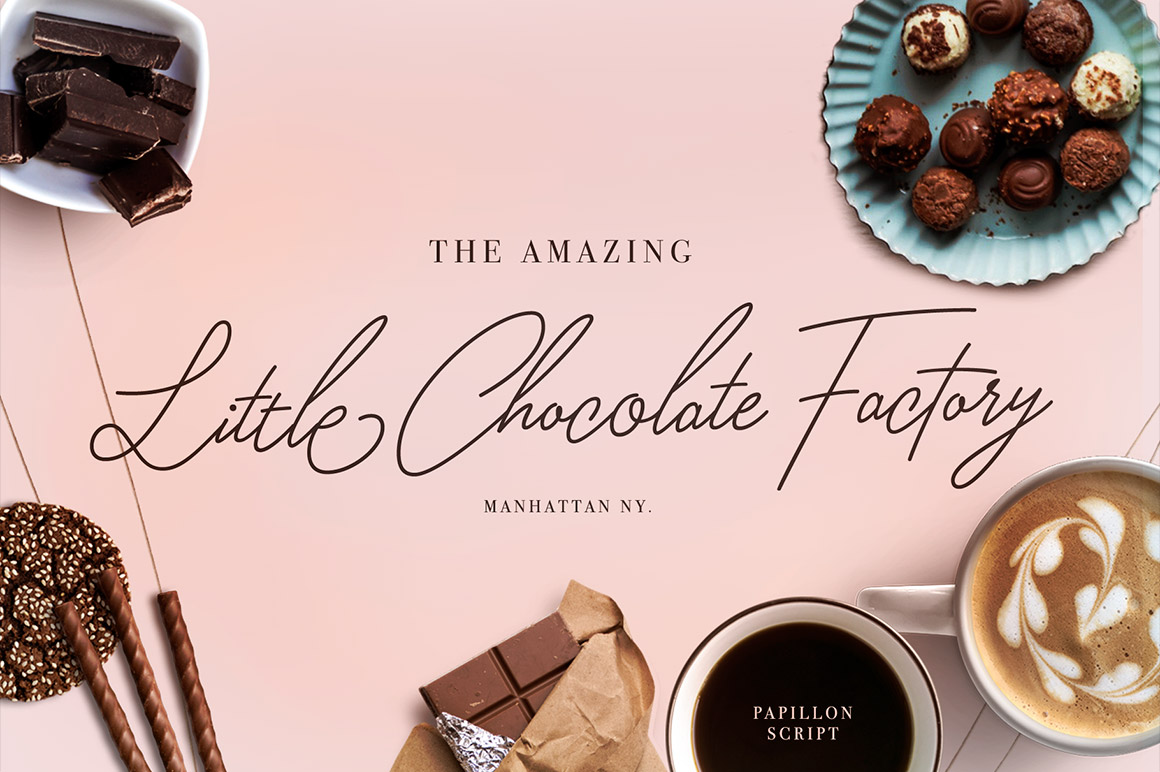 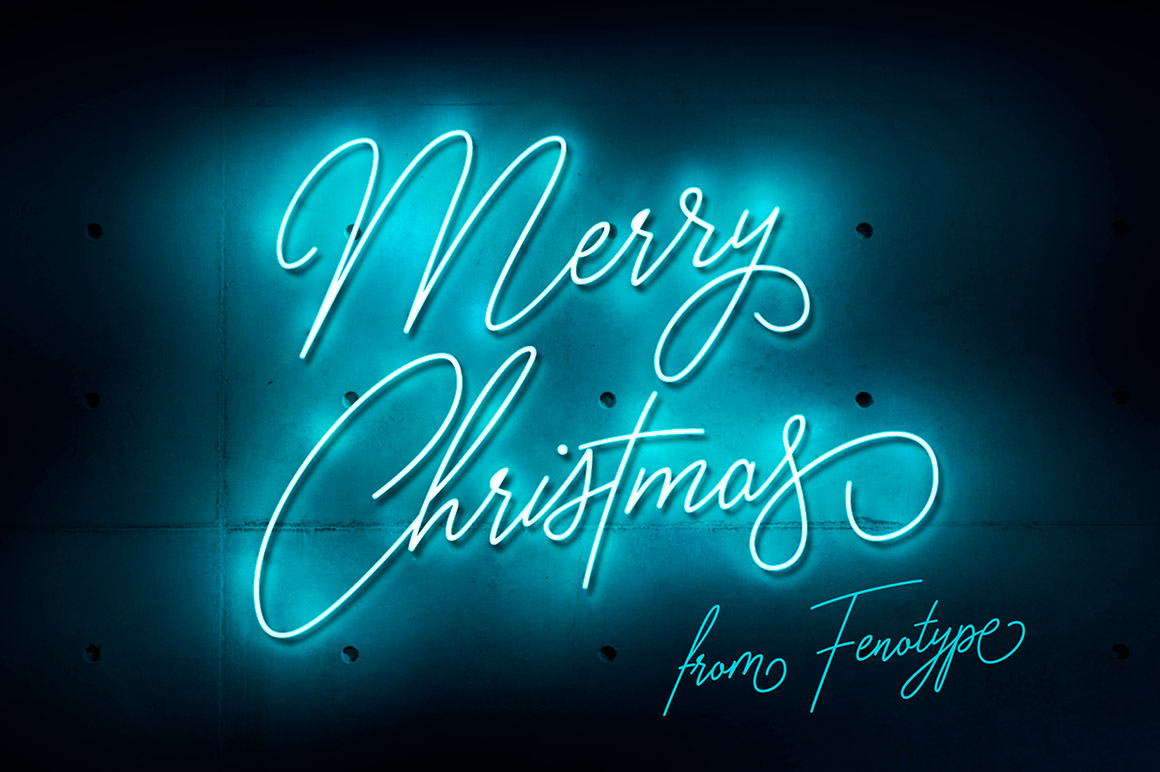 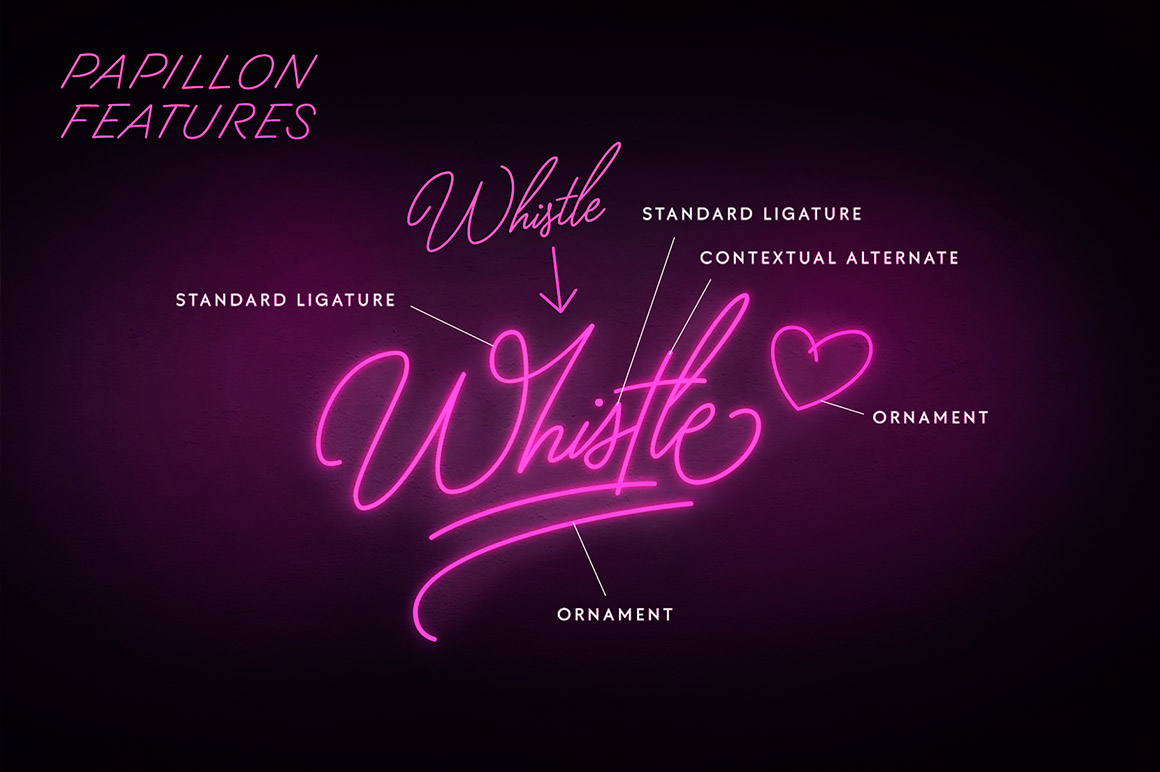 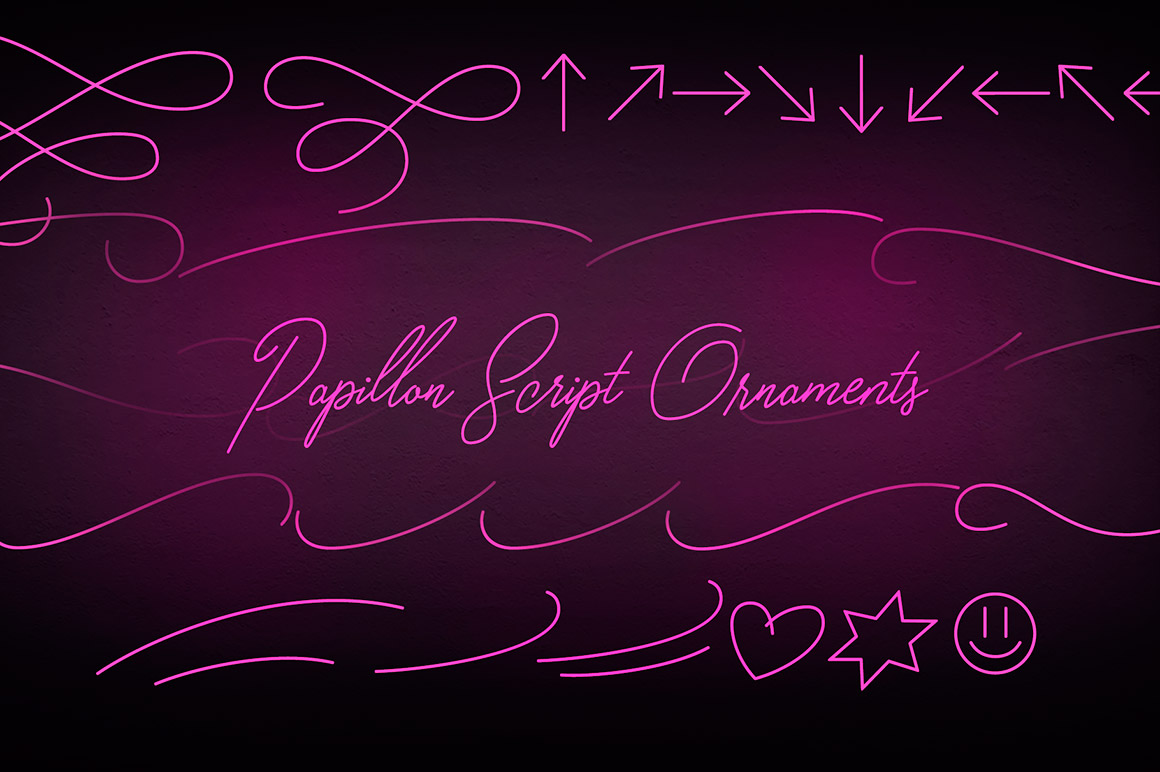 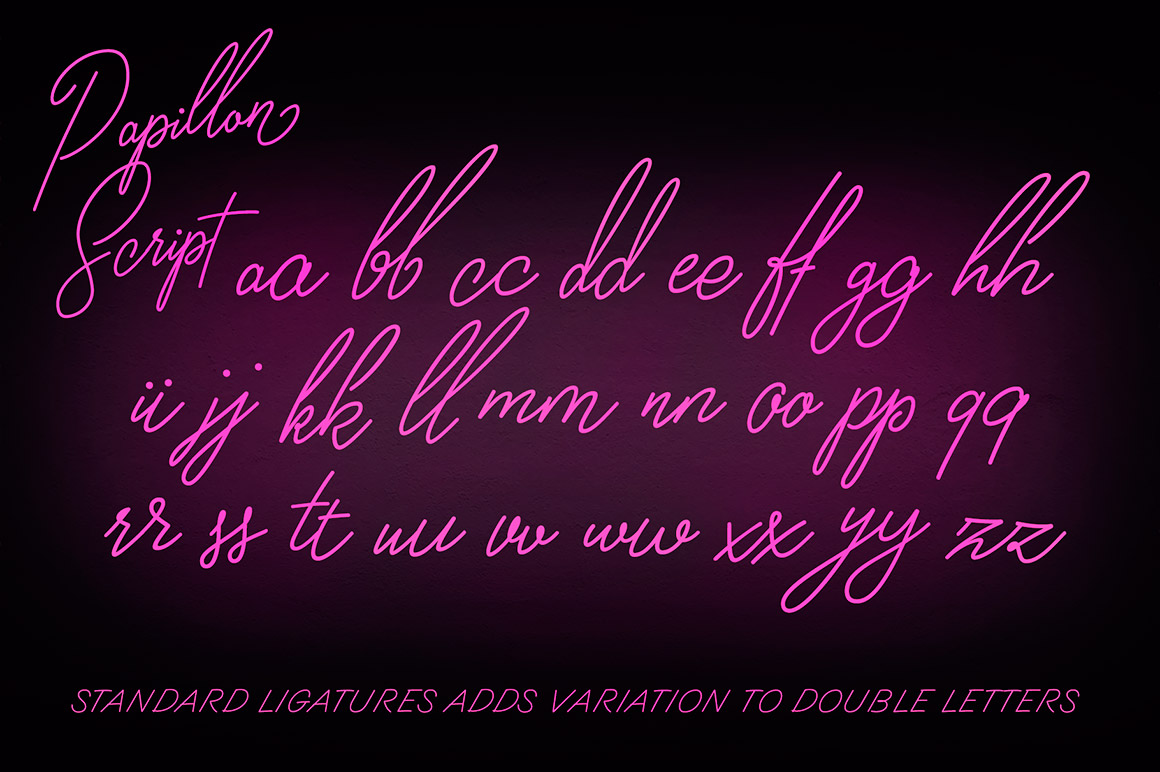 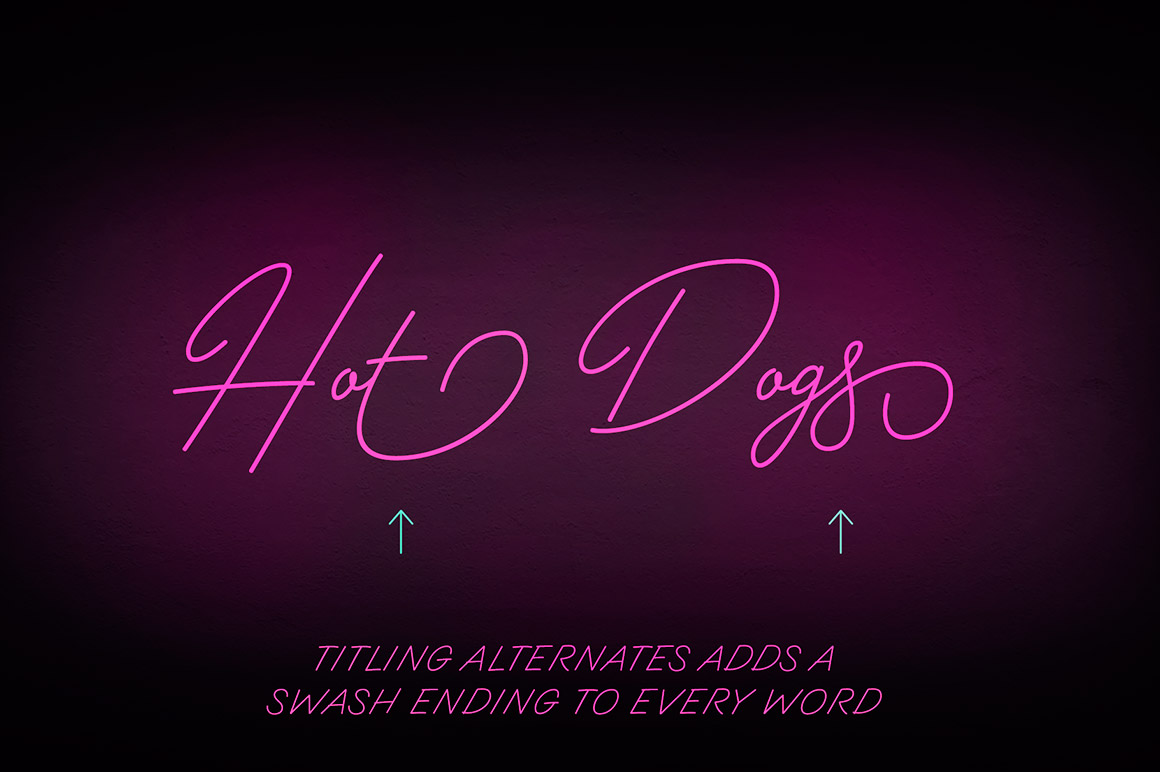 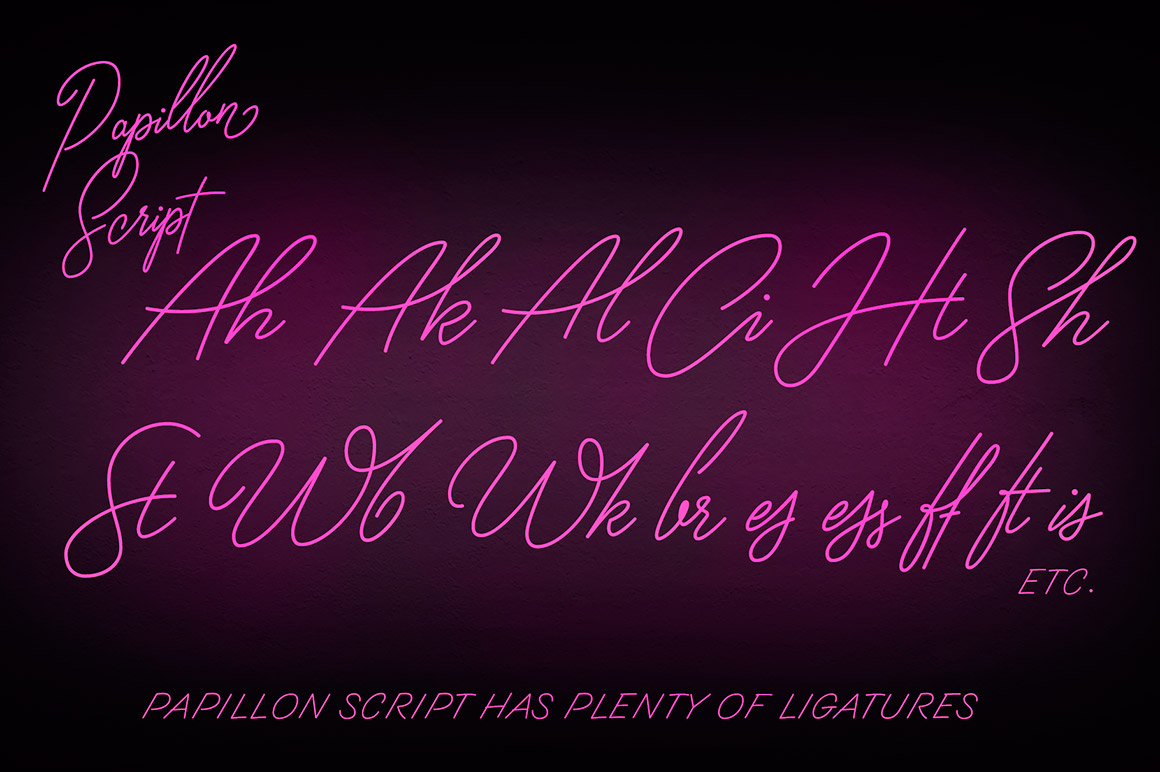 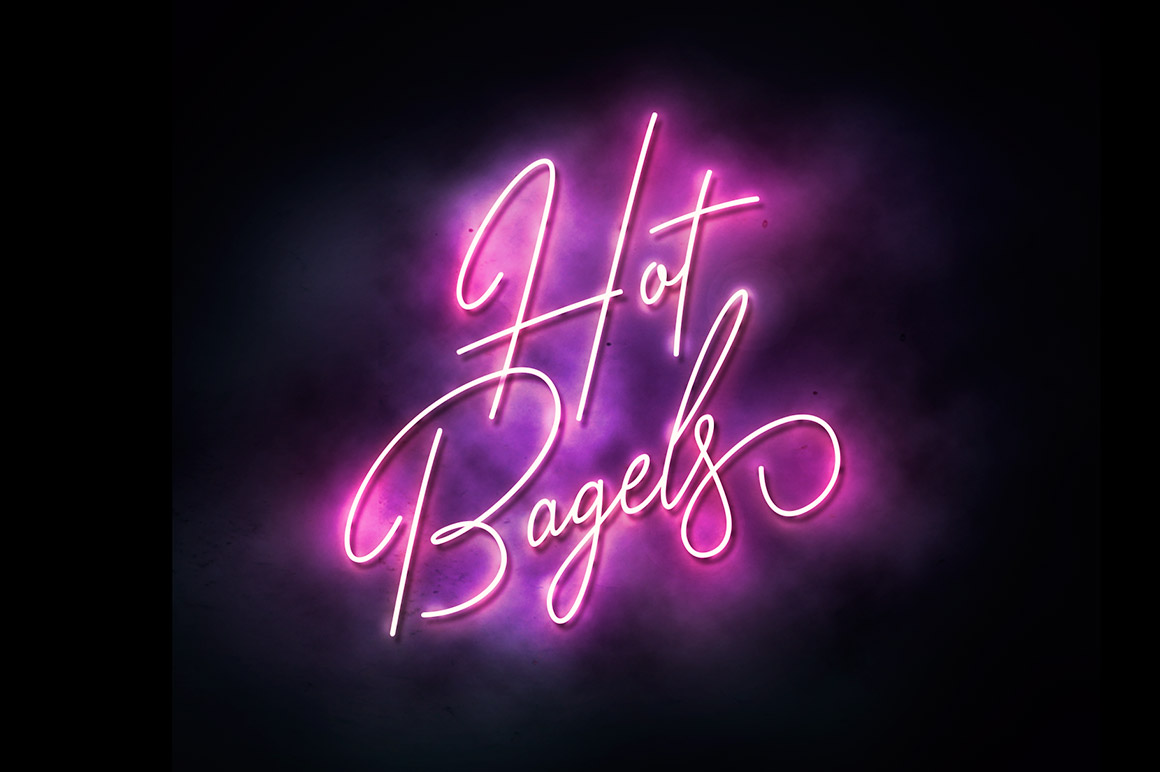 Be the first to comment on “Papillon Signature Script” Cancel reply