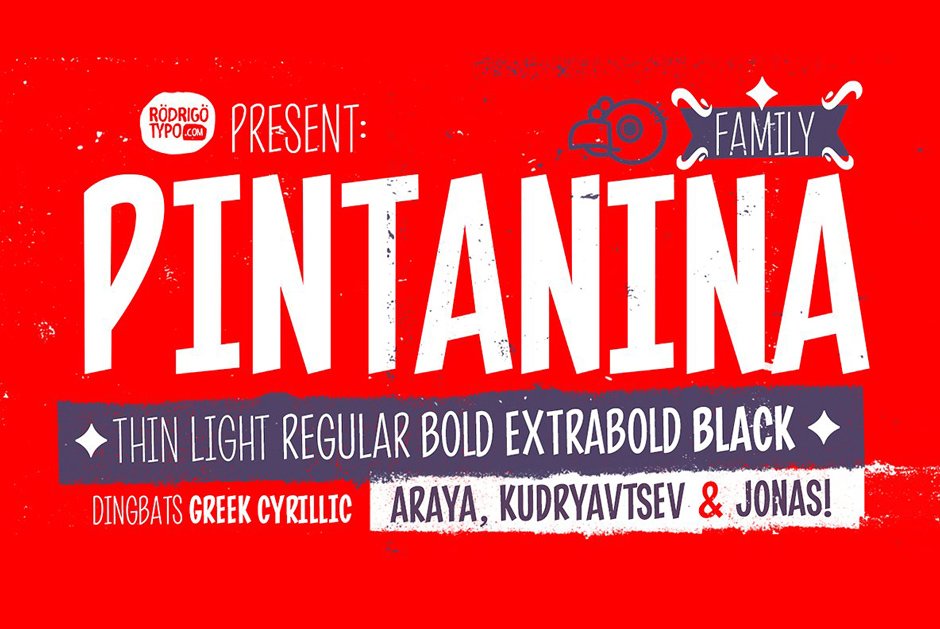 Pintanina Font Family is inspired by titles found in Chilean comics. Pintanina is a font designed by Rodrigo Araya Salas.

Be the first to comment on “Pintanina Font Family” Cancel reply