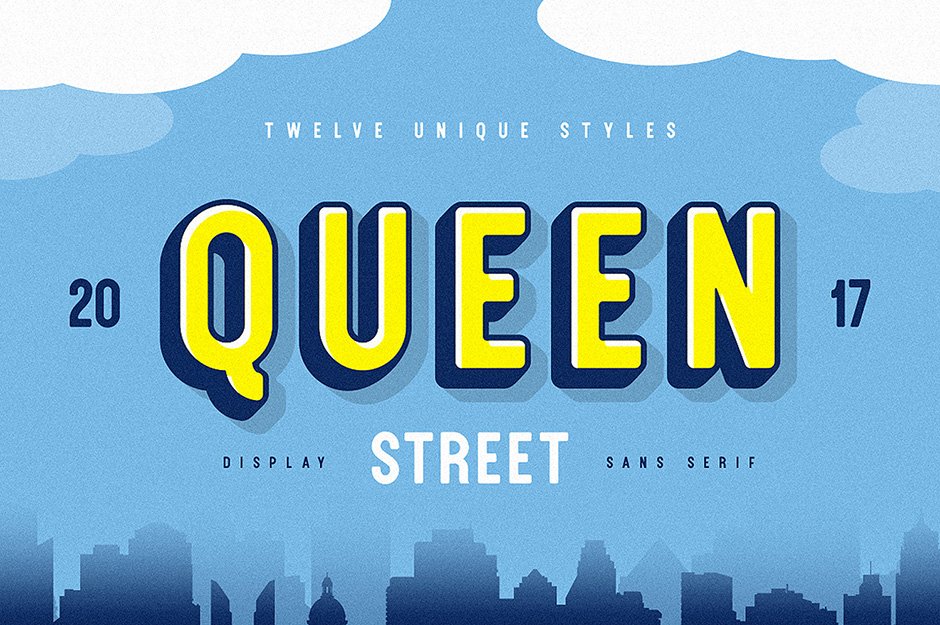 This typeface was inspired by the hand painted & carved signage of the boutique shops that are commonly found in most downtown cores. Pay homage to simpler and less technological times with this stackable font that features multilingual support, with basic Cyrillic included!

Stack several layers on top of each other to come up with bold, colourful compositions, or use the layers individually for a cleaner aesthetic.