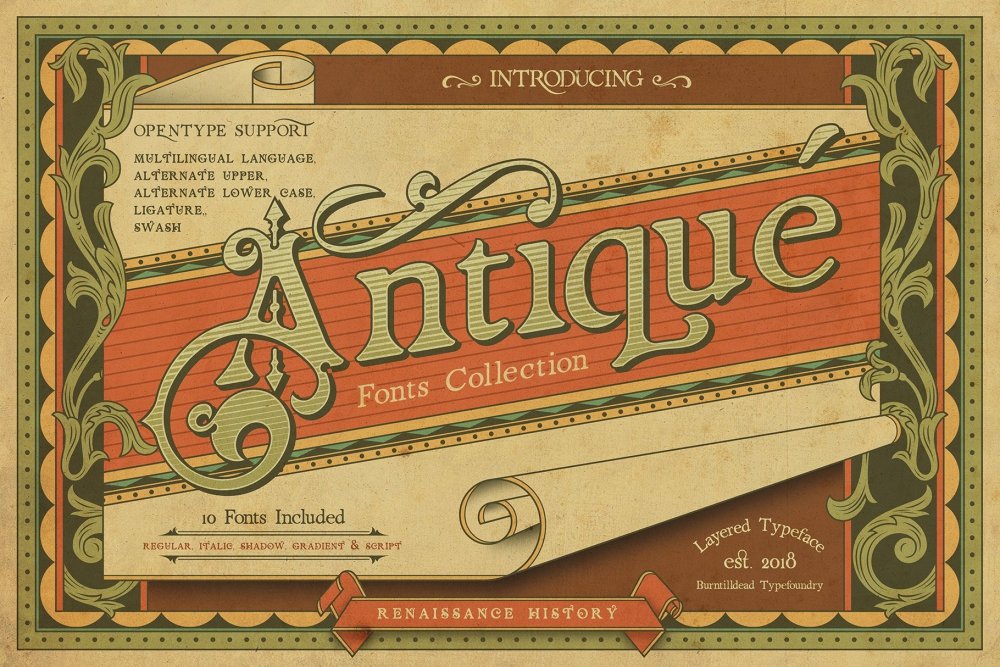 Make sure you give an artistic typography on your design with “Renaissance Garden” layered font family. Easy to use and great for making logo, vintage design, t-shirt, shop-sign, etc. 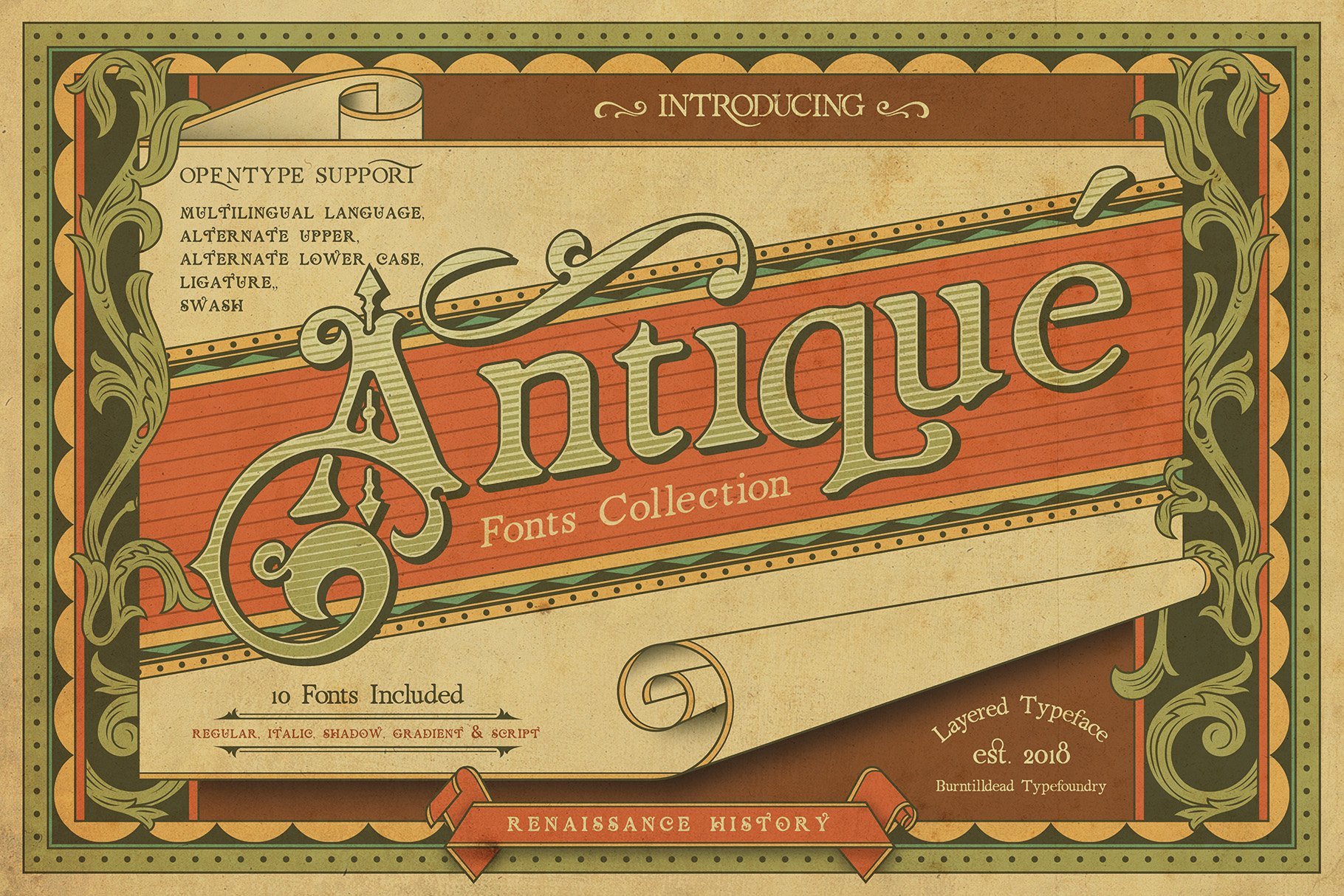 By the late 19th century, the *trompe l’oeil*, a fashionable decorative conceit in Baroque era been adopted by typographers – not because it still in vogue, but it because sign painters and printers realized that volumetric letters both fooled and stimulated people’s perceptions. As a result, many early French types were as ornate as the architecture that influenced them. Ornate three-dimensional letters is everywhere at that decade. 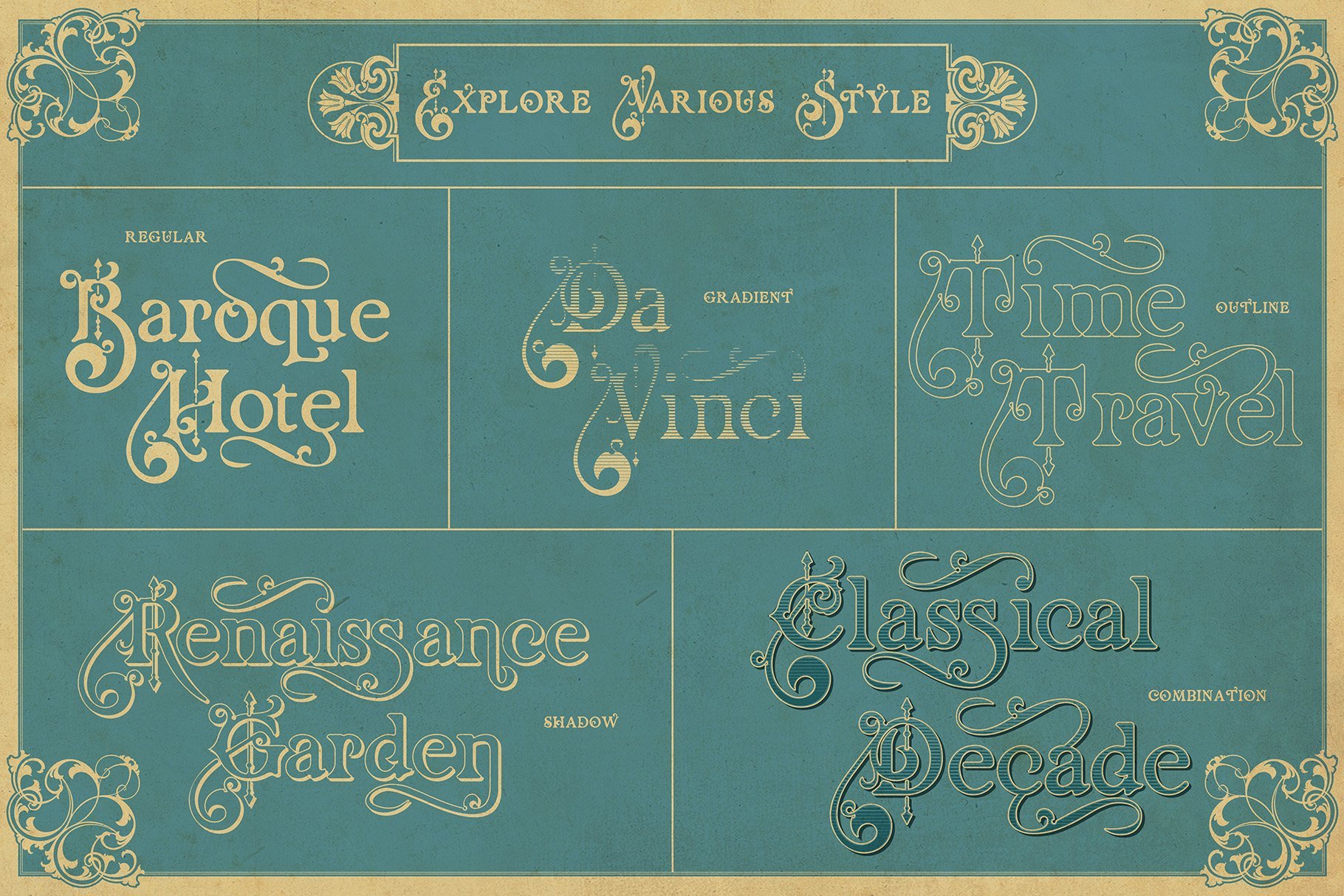 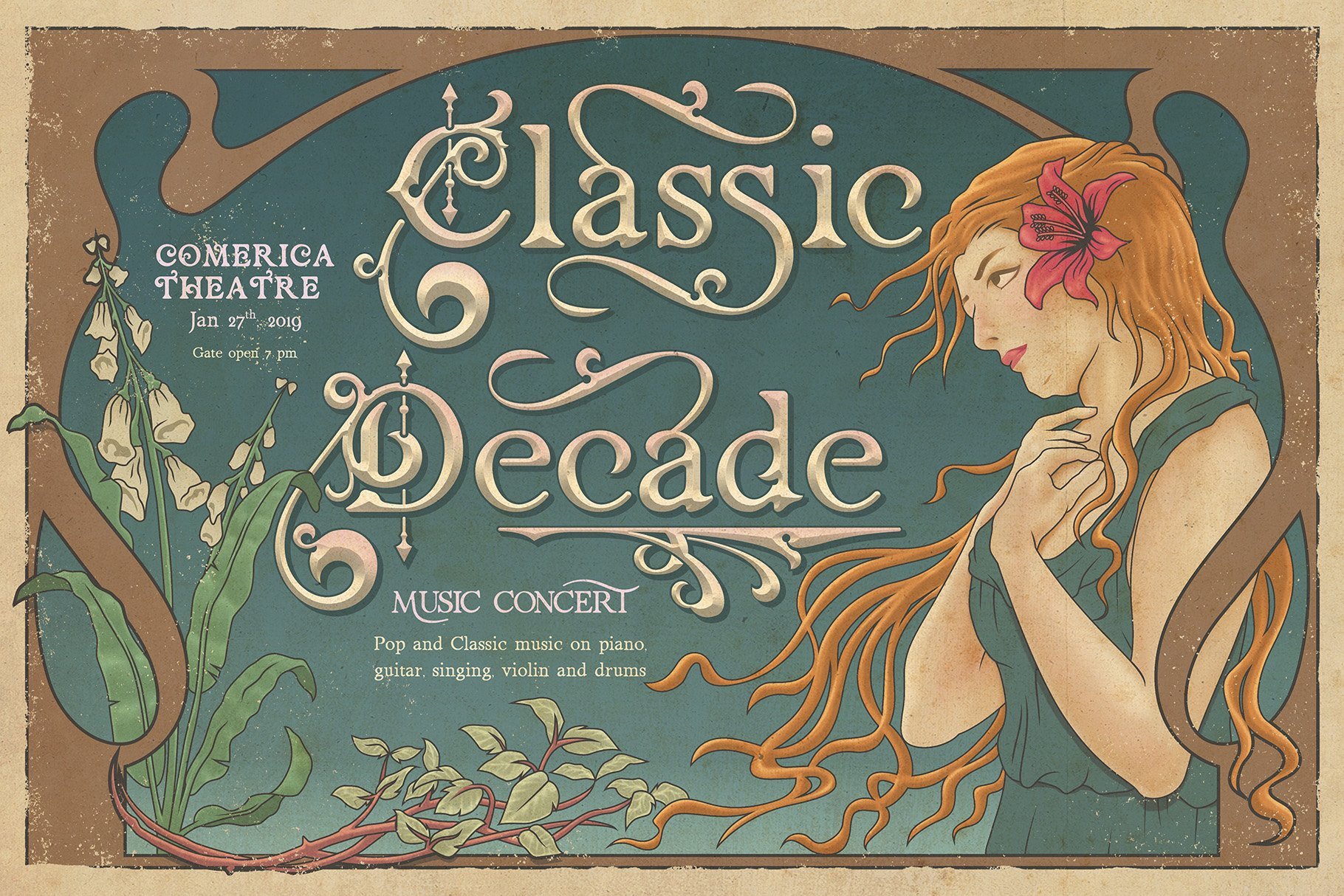 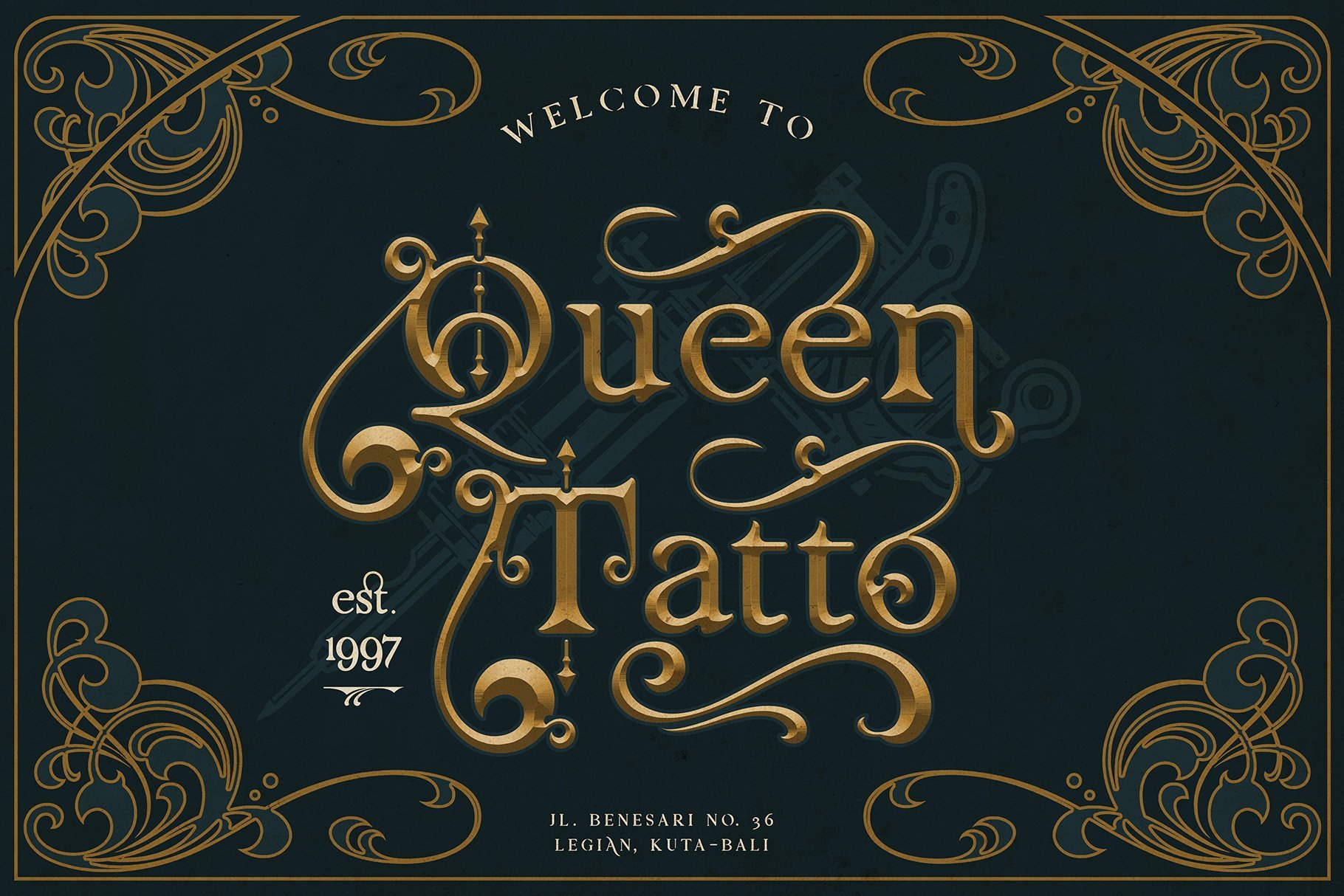 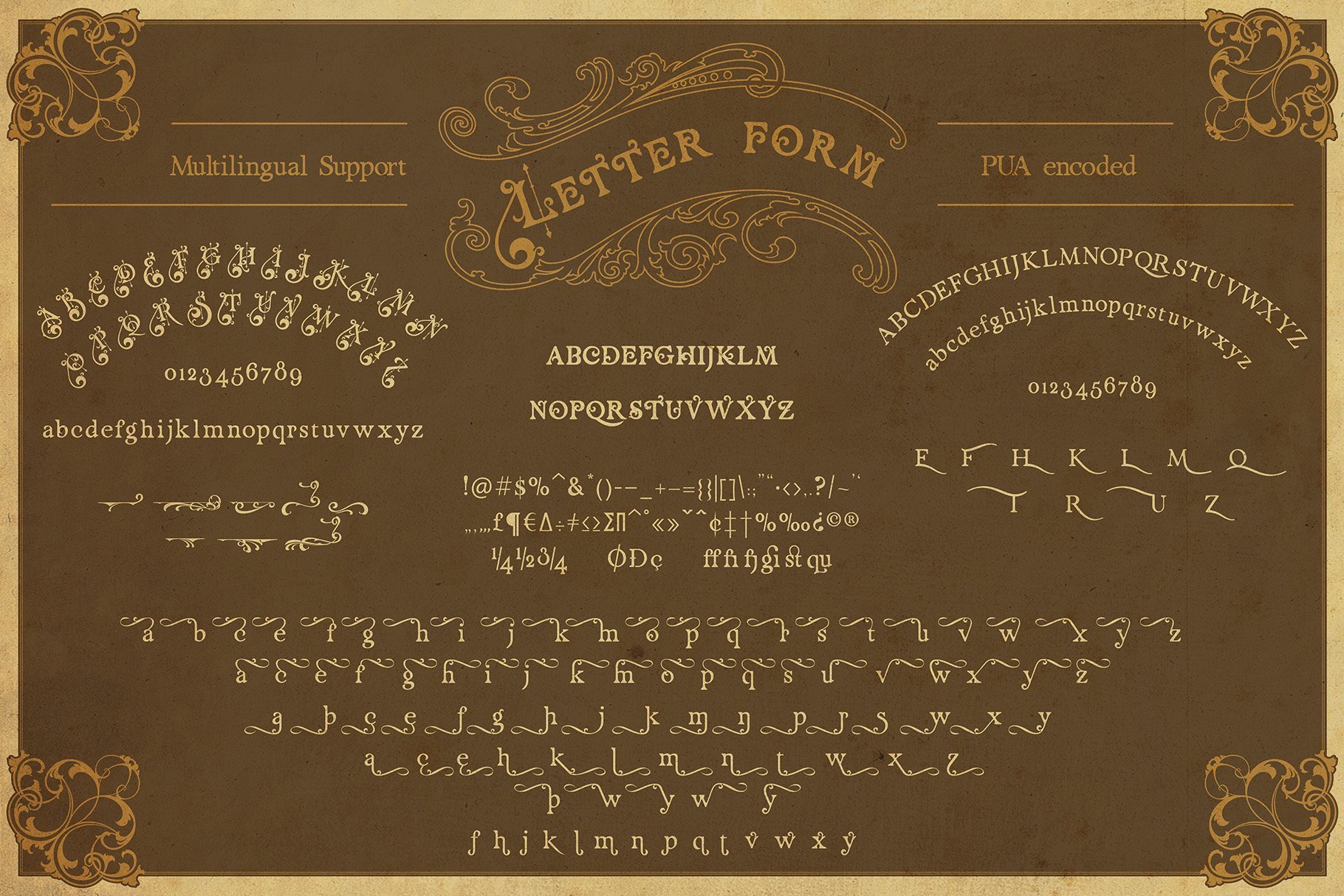 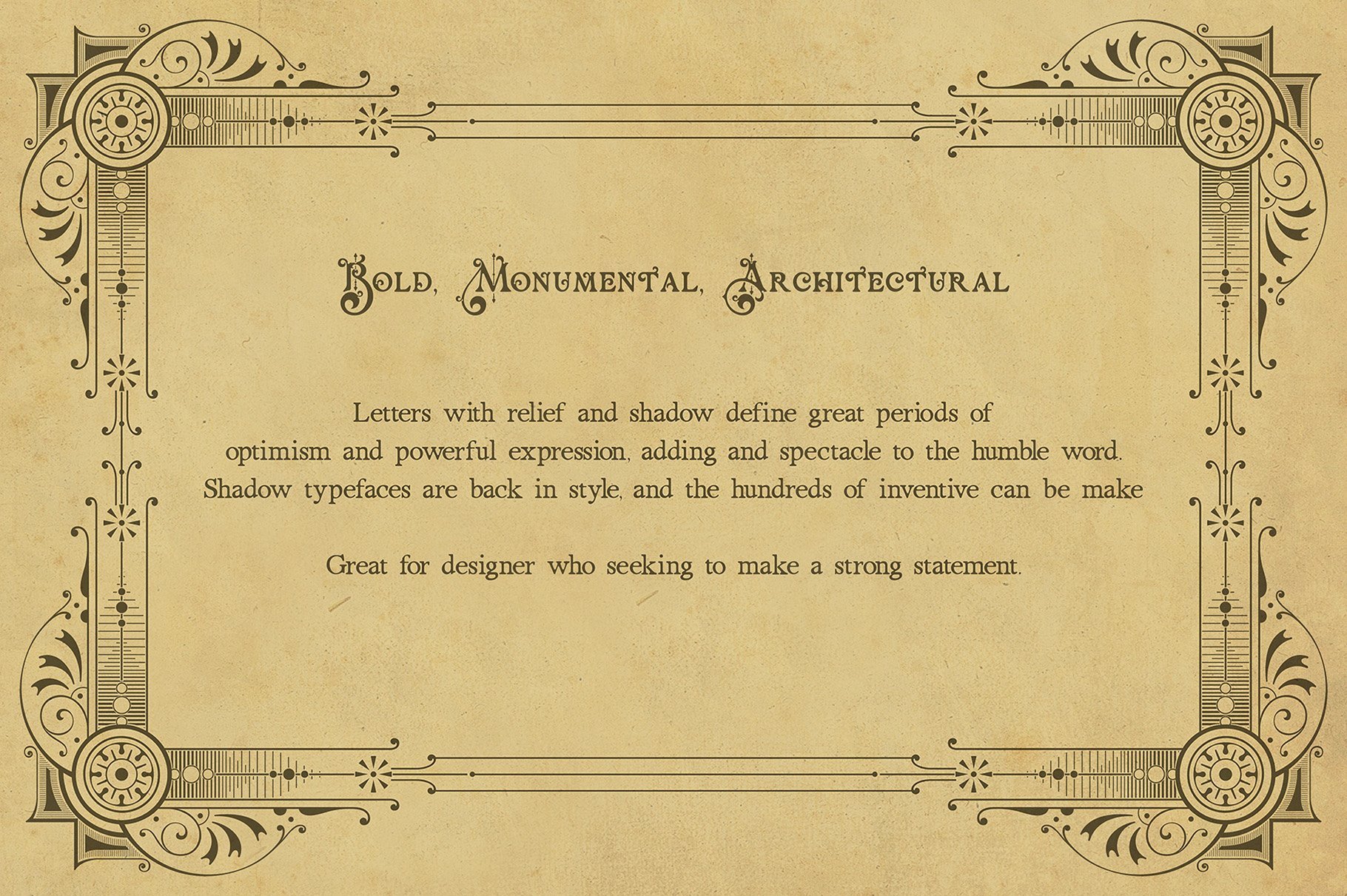 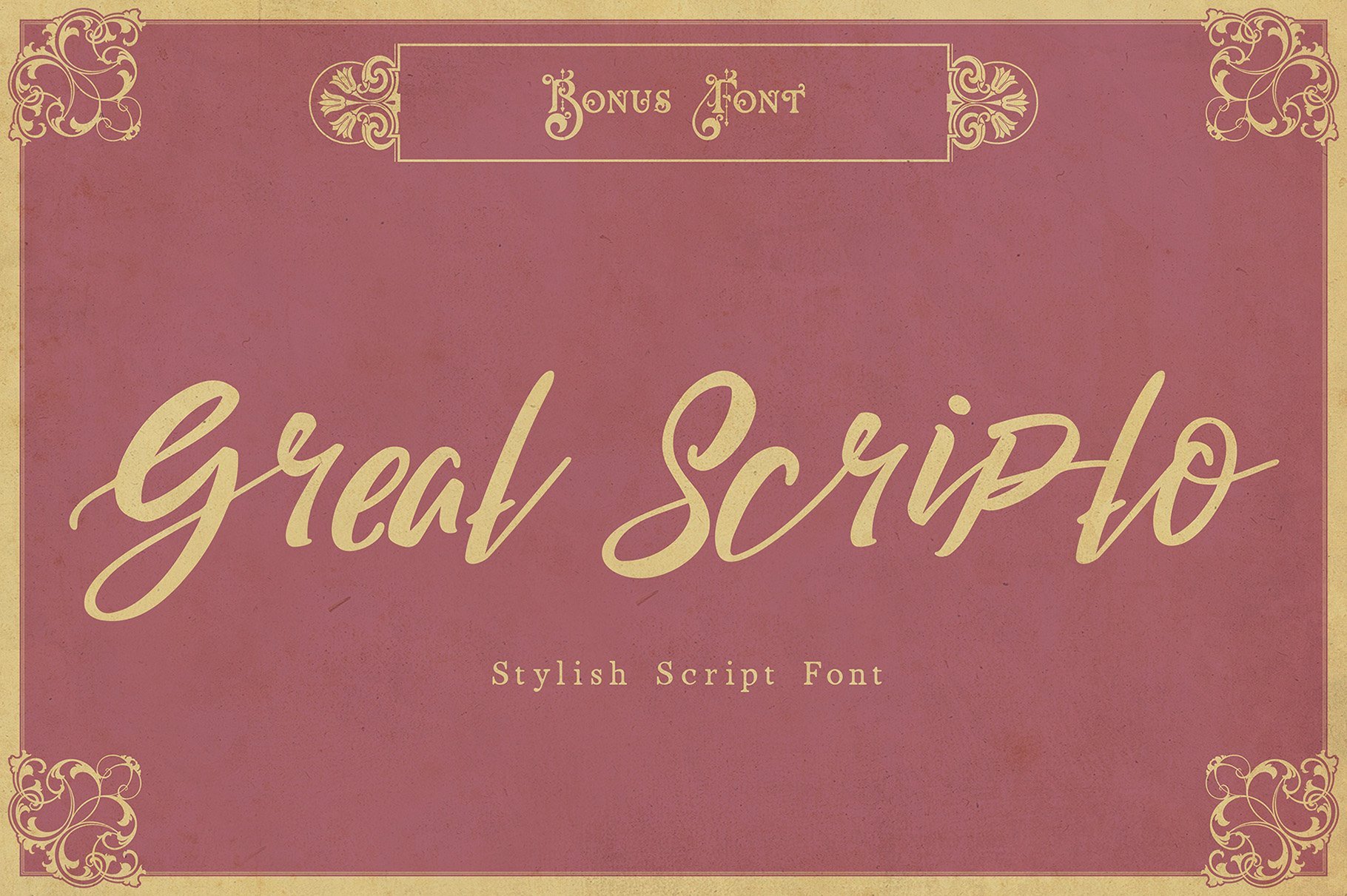