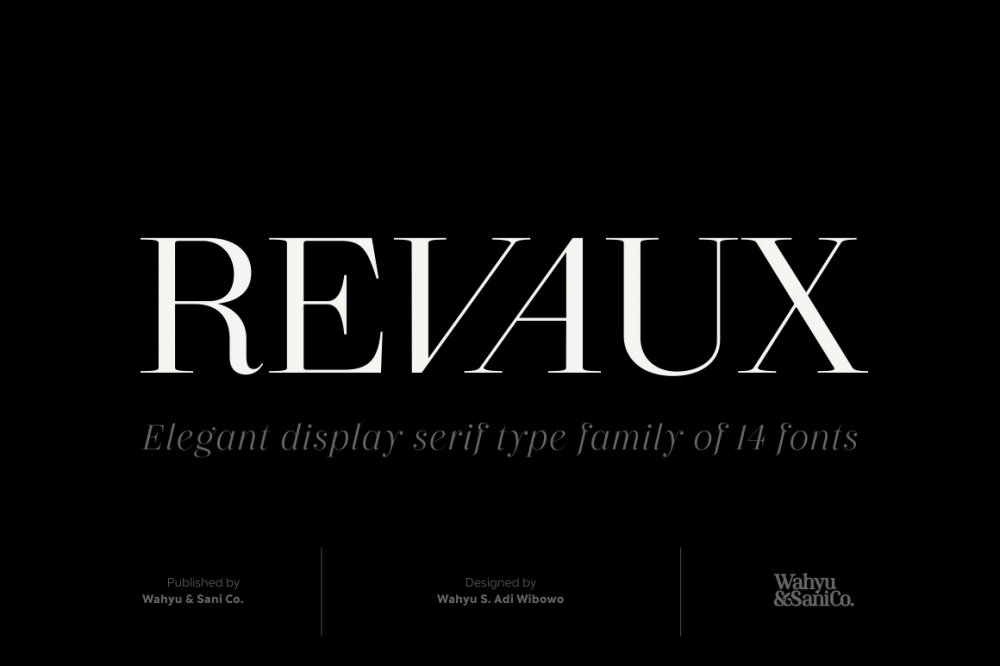 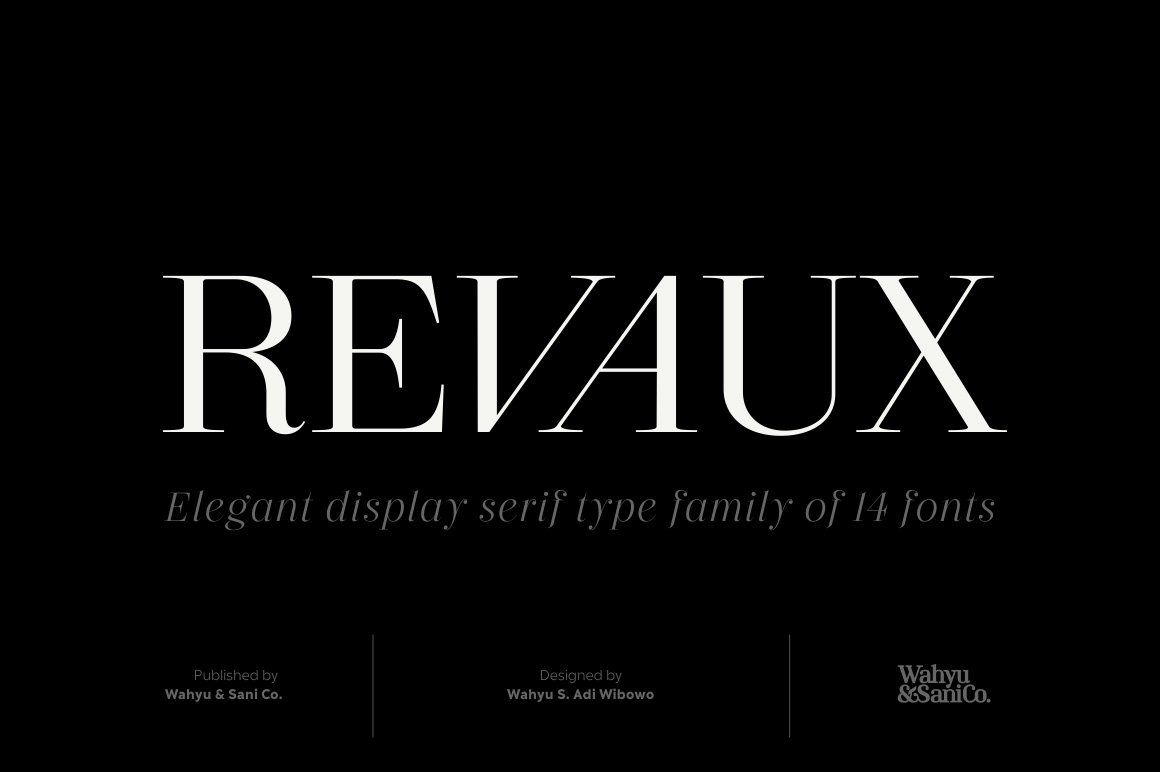 Revaux is elegant display serif designed with ball terminals and back-slanted counters which is uncommon in type design. Modern, Stylish and Elegant were the main keywords to keep when designing the typeface. Revaux is a family of 14 fonts, consisting of 7 weights from Extra Light to Extra Bold for both upright and italic styles.

Each font has 230+ glyphs including alternates & ligatures which support Major Western European languages – 64 languages supported! Revaux is unique, different, and a must have item to complete your font arsenal! 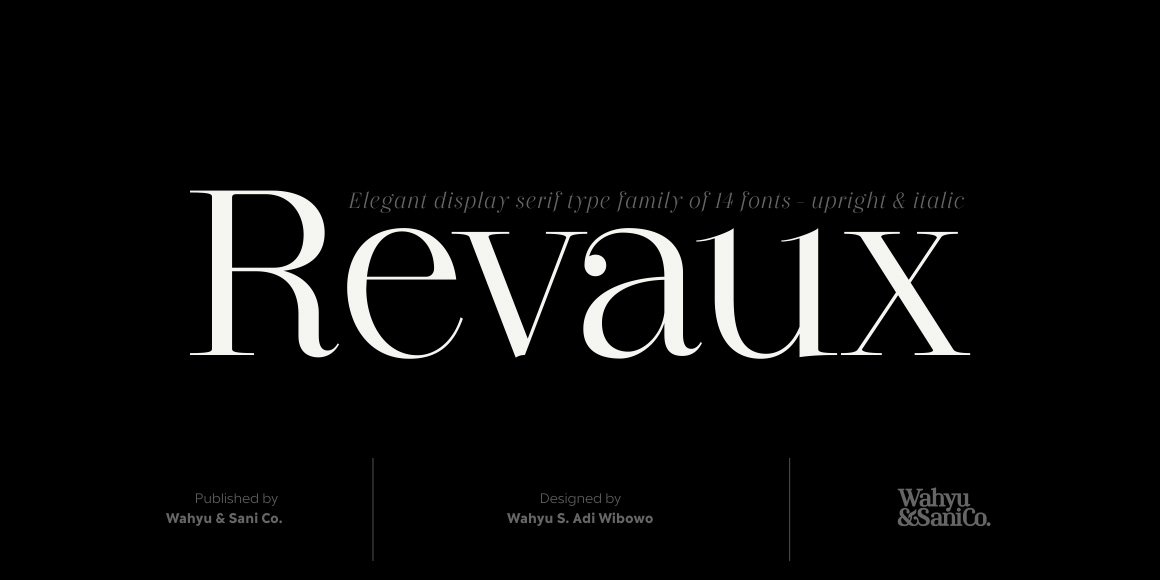 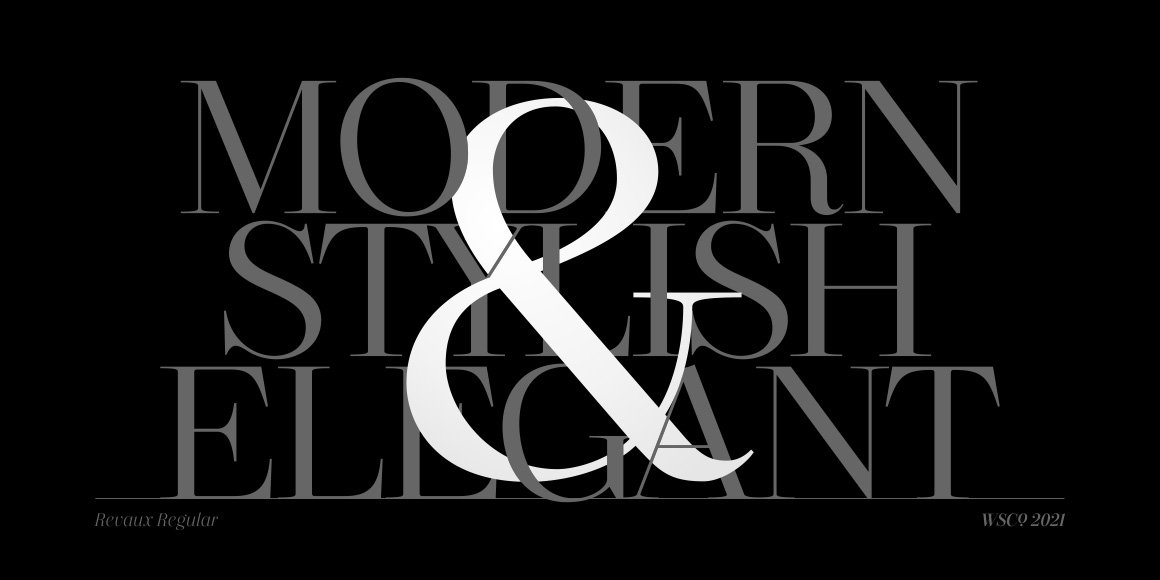 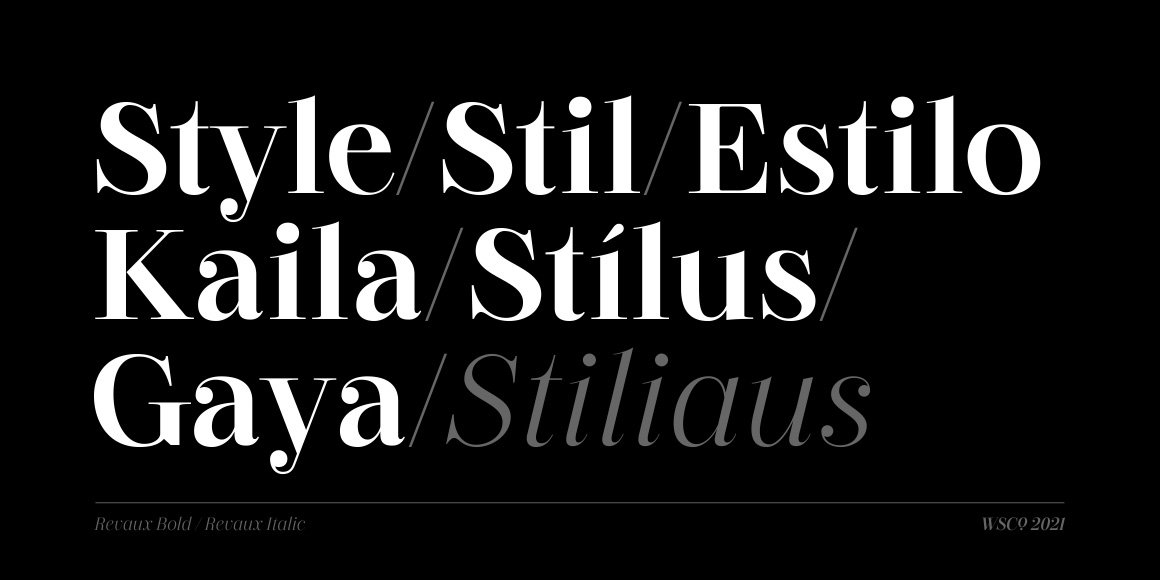 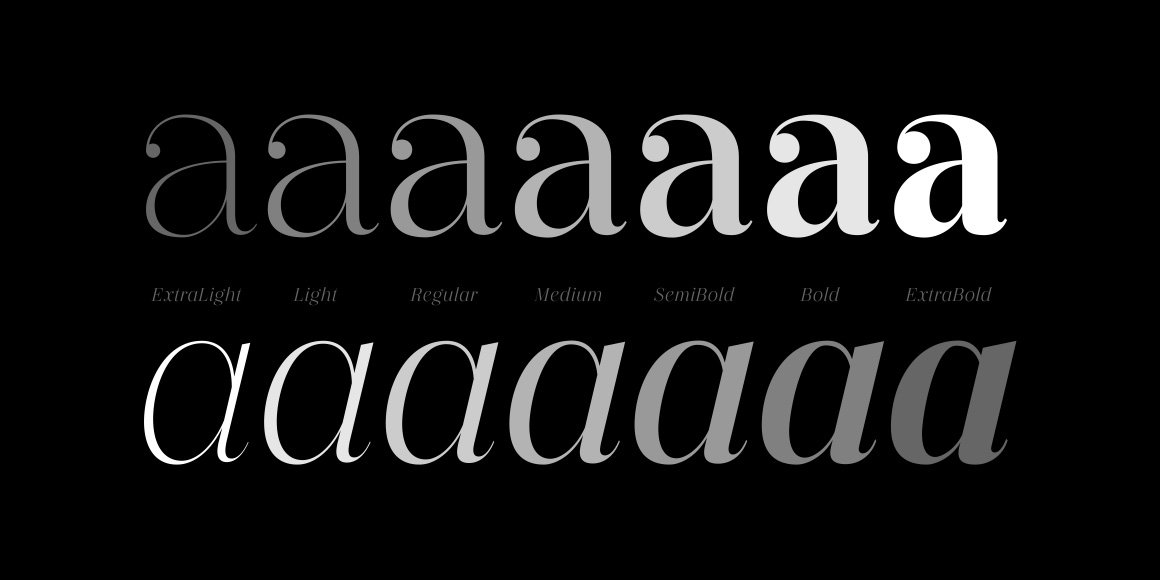 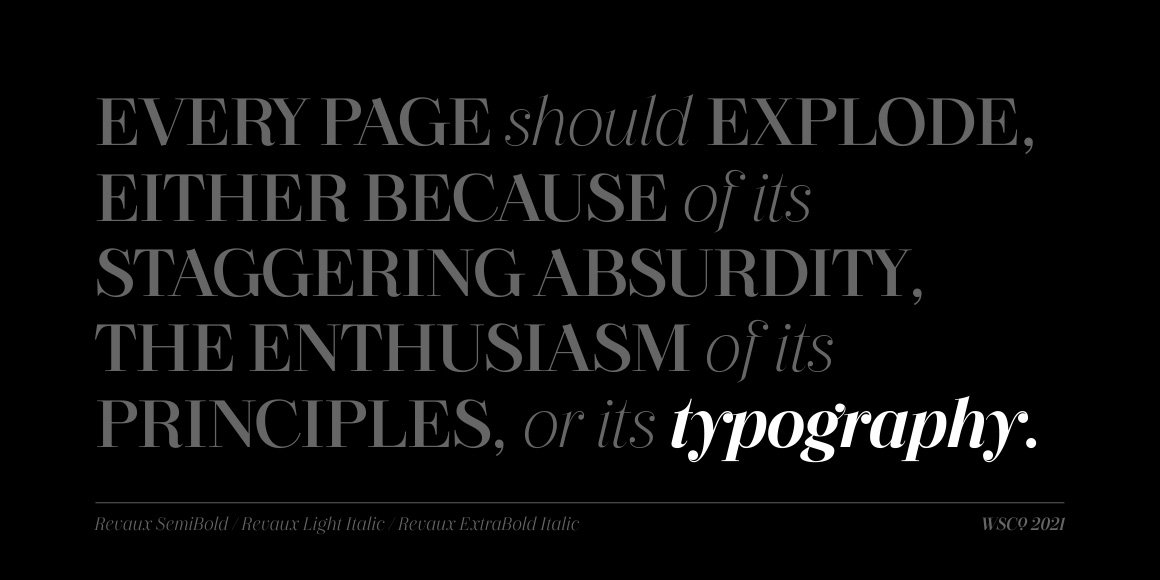 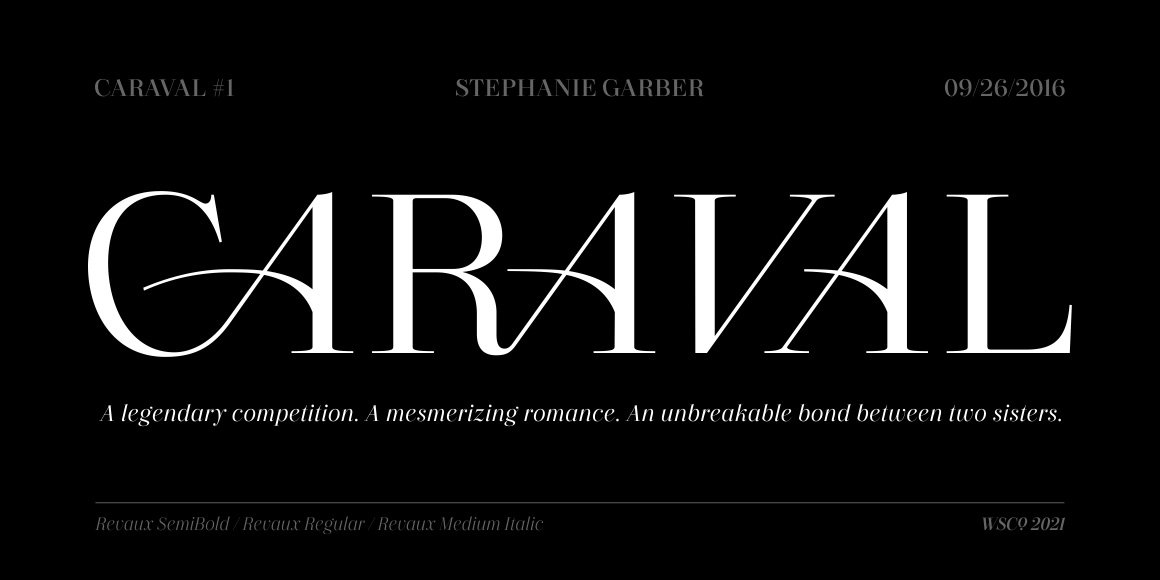 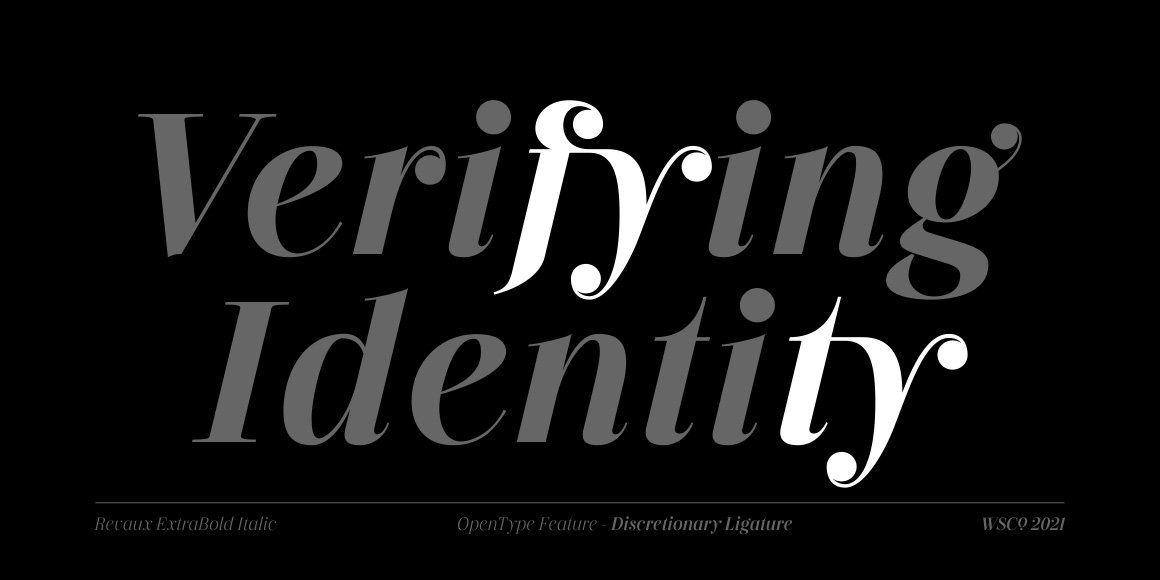 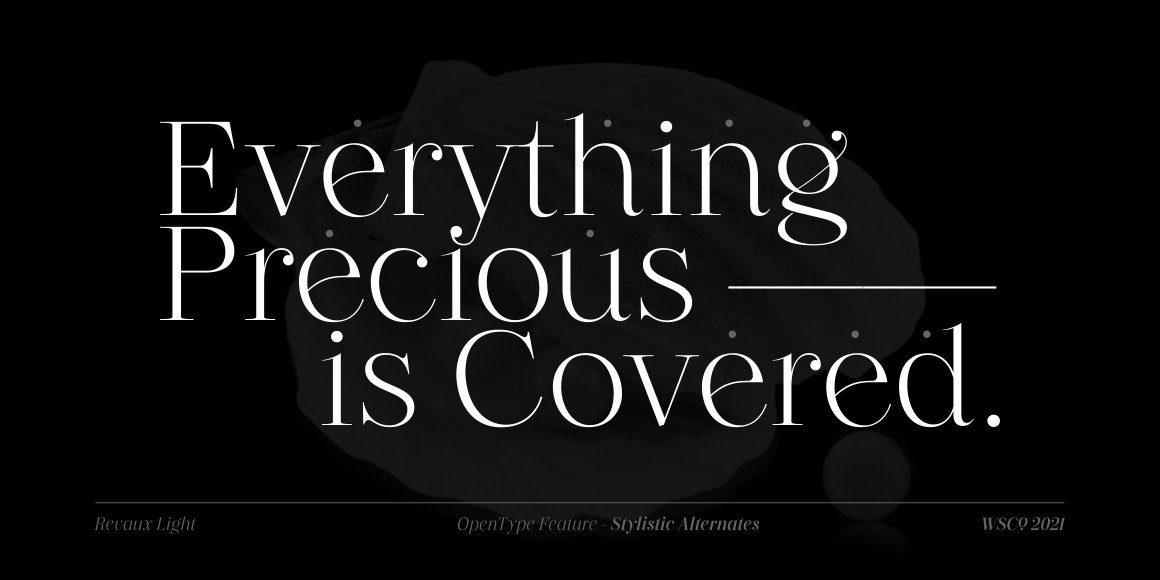 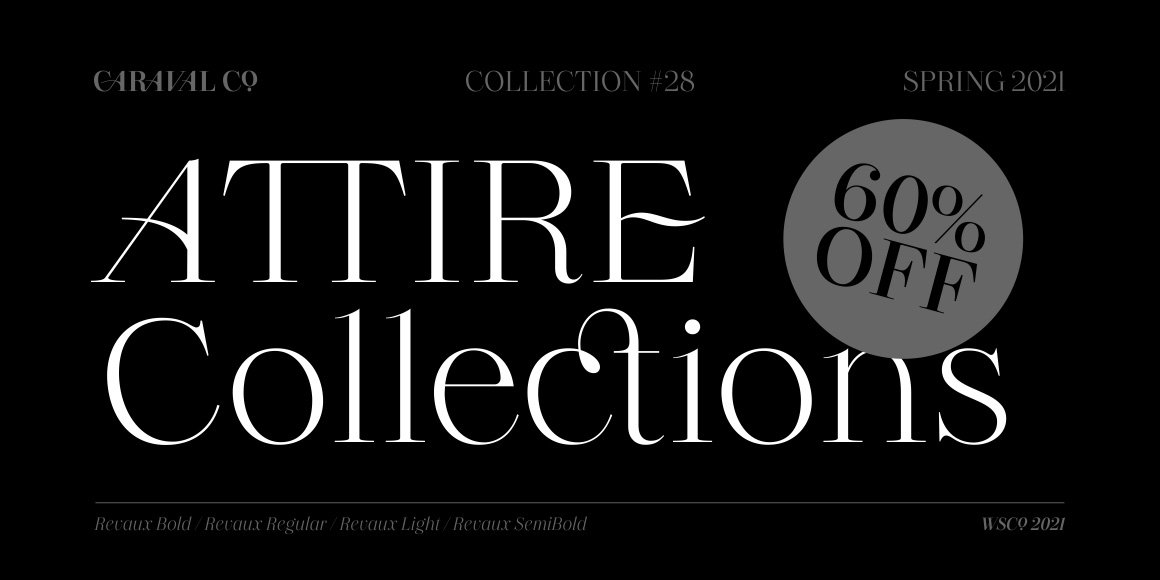 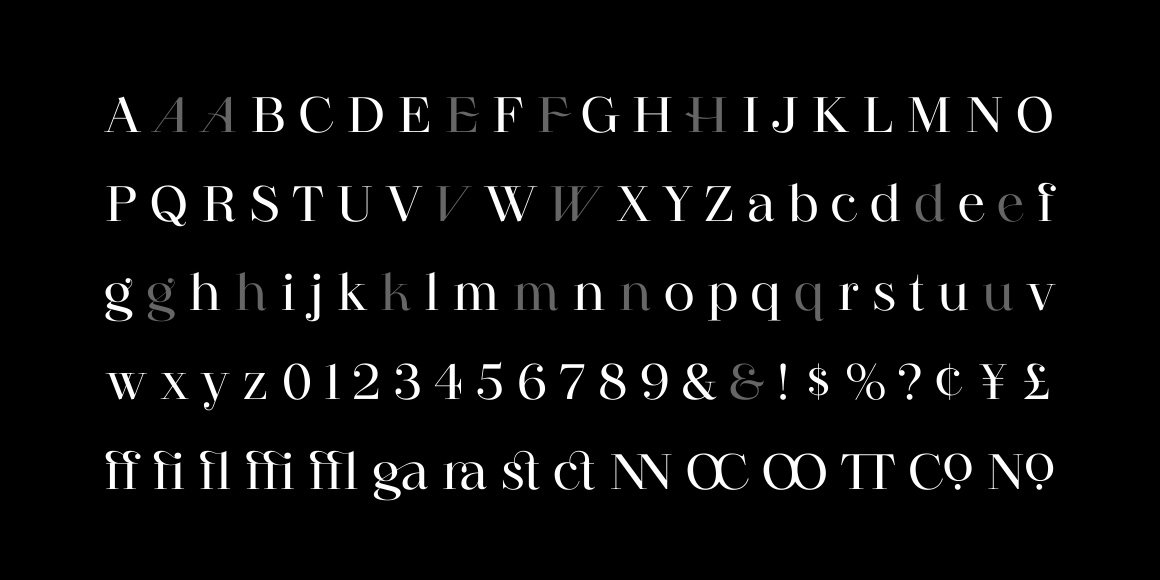 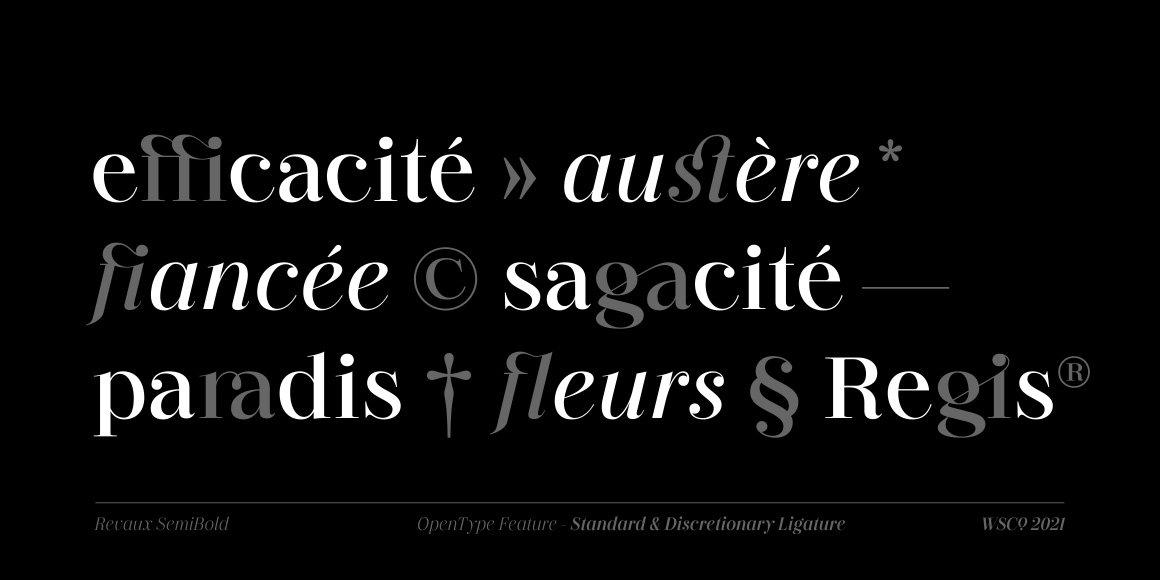 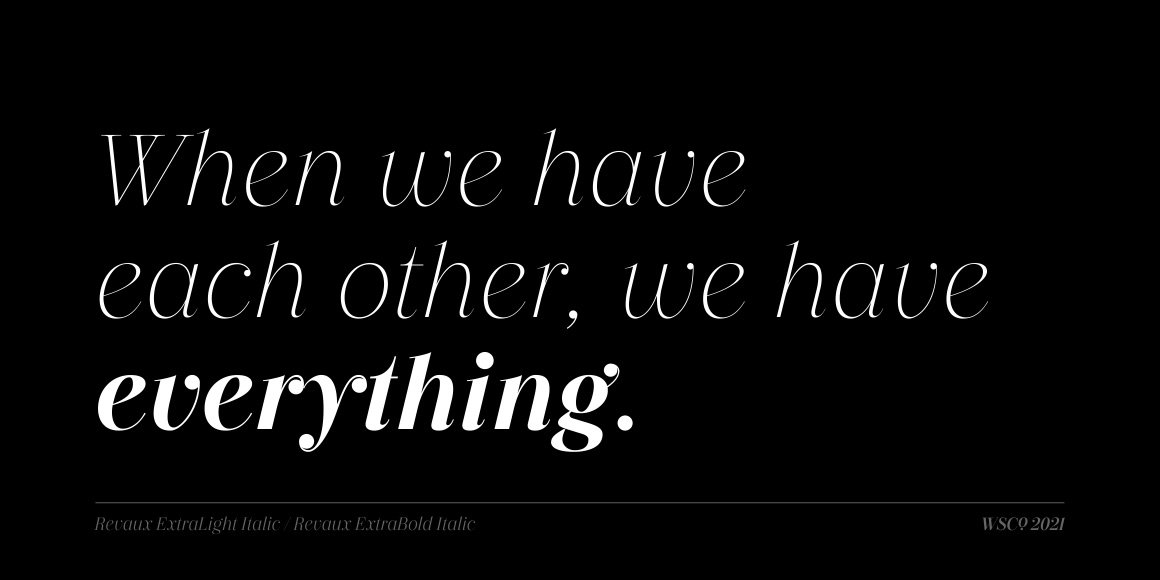 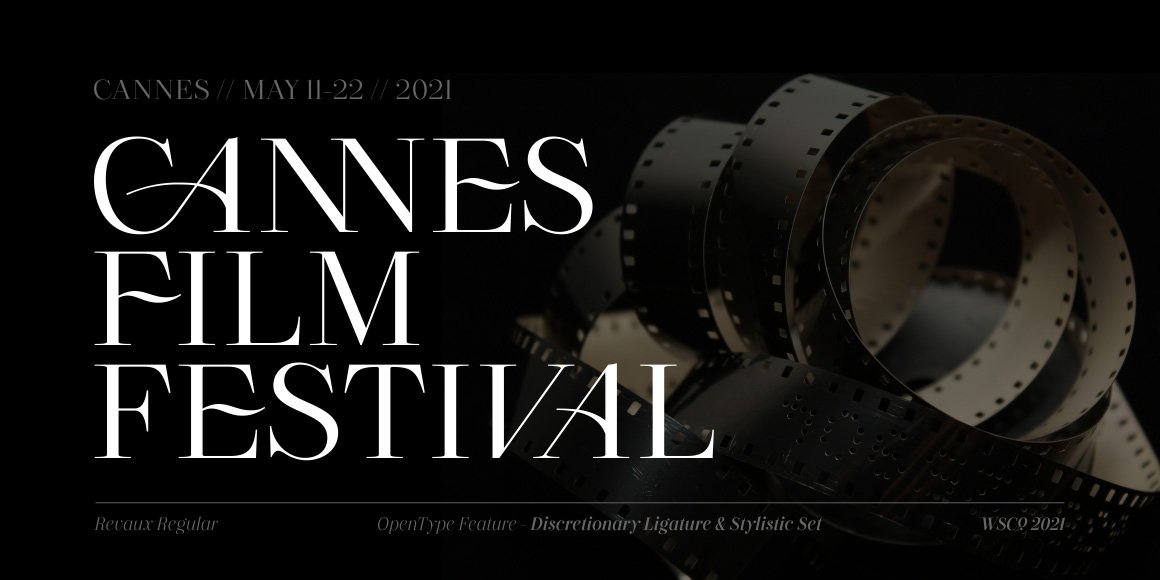 Be the first to comment on “Revaux” Cancel reply