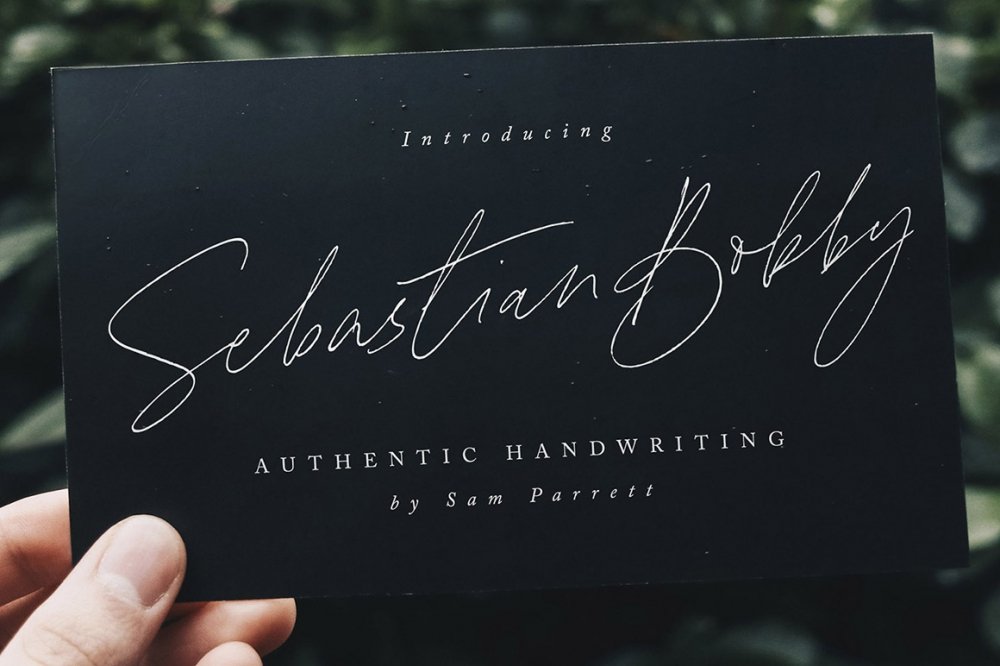 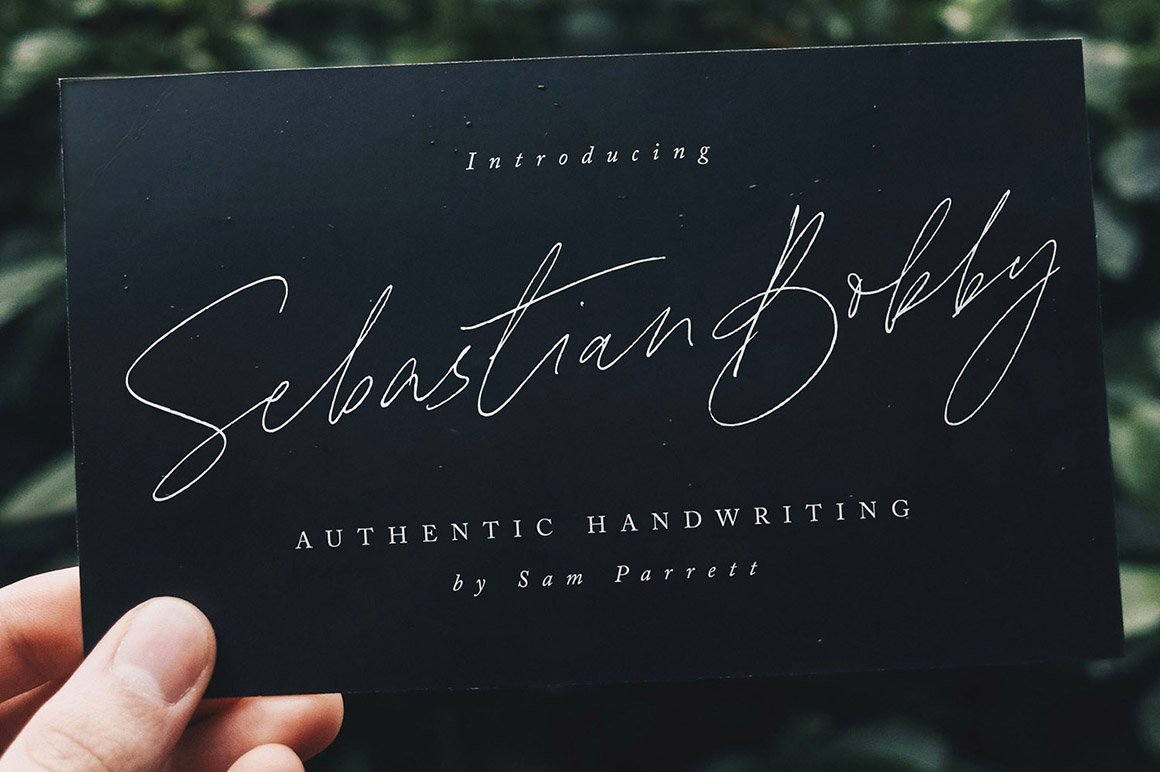 • Sebastian Bobby – A handwritten script font containing upper & lowercase characters, numerals, and a large range of punctuation.
• Sebastian Bobby Alt – This is the second version of Sebastian Bobby, with a completely new set of both upper and lowercase characters. If you wanted to avoid letters looking the same each time to recreate a custom-made style, or try a different word shape, simply switch to this font for an additional layout option.
• Slanted Versions – Are included for both regular and alternate fonts. These can be used for a more italicised, fast-hand flow to your text. 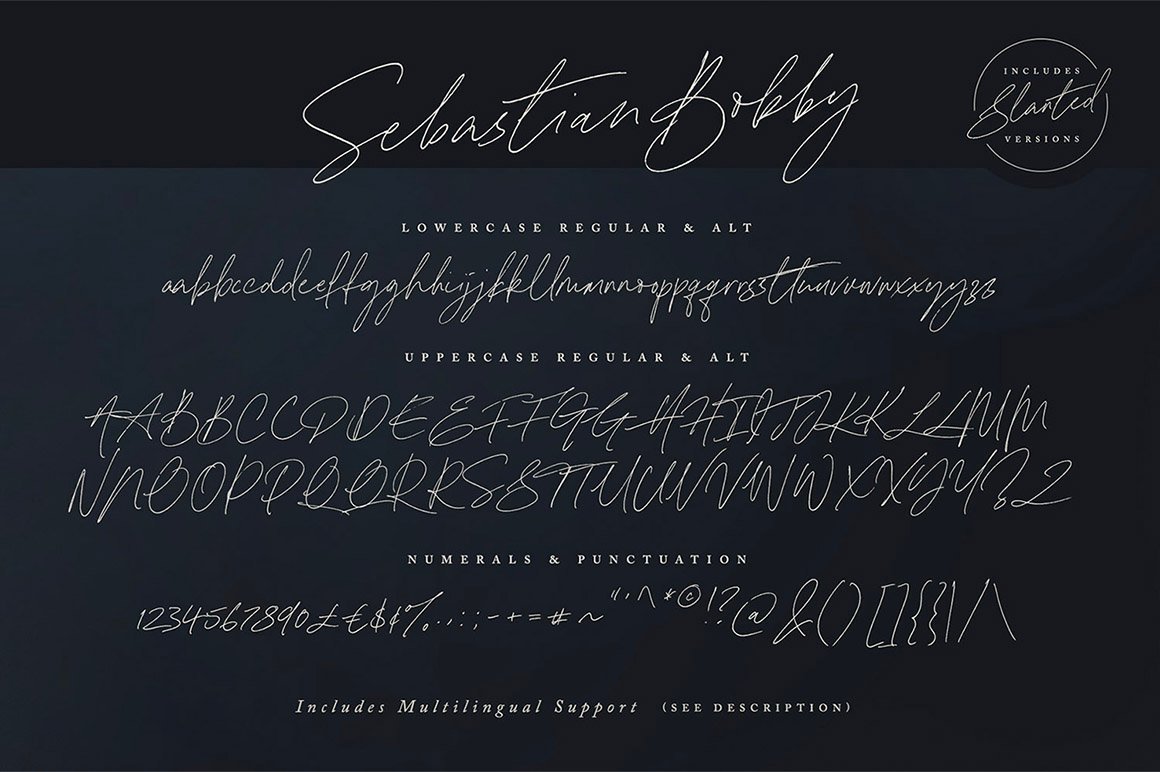 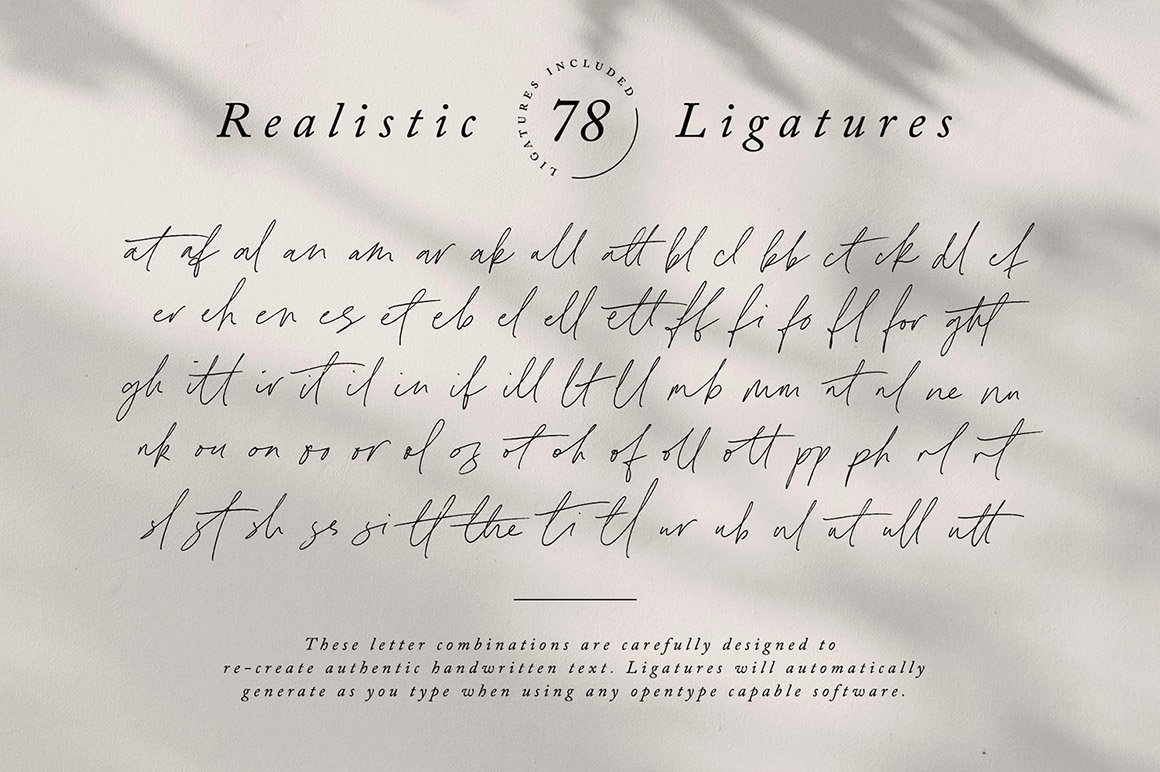 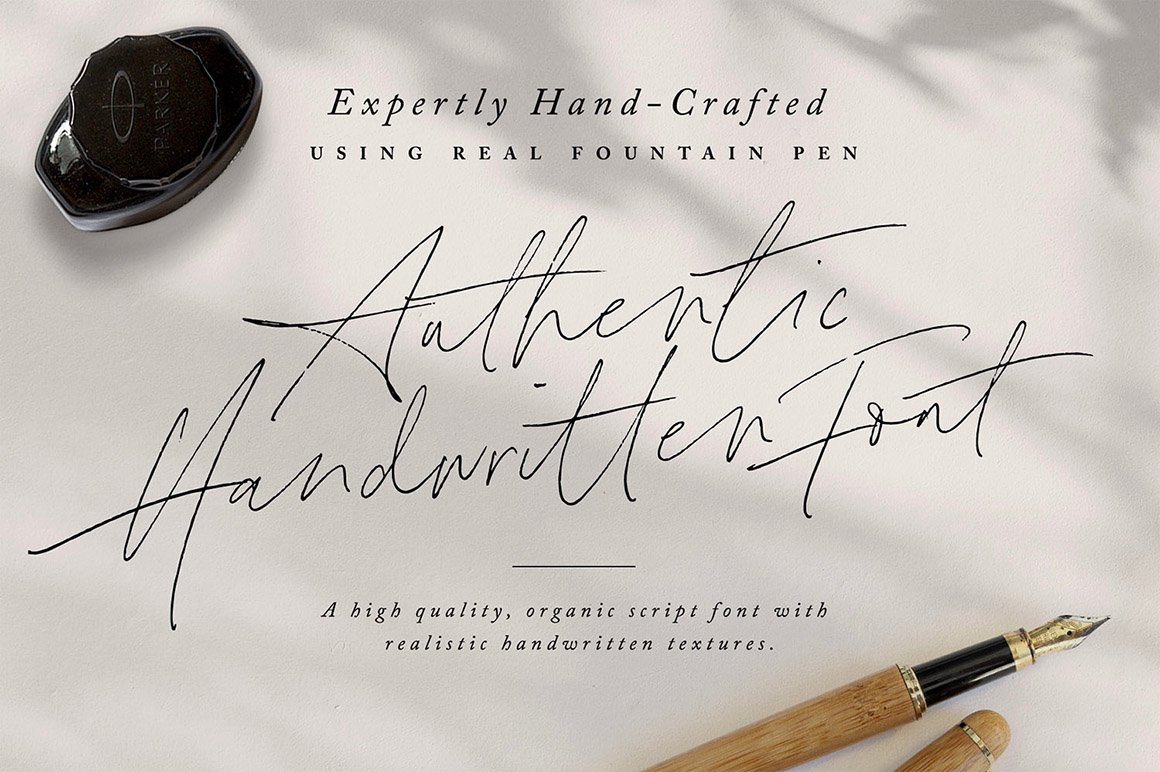 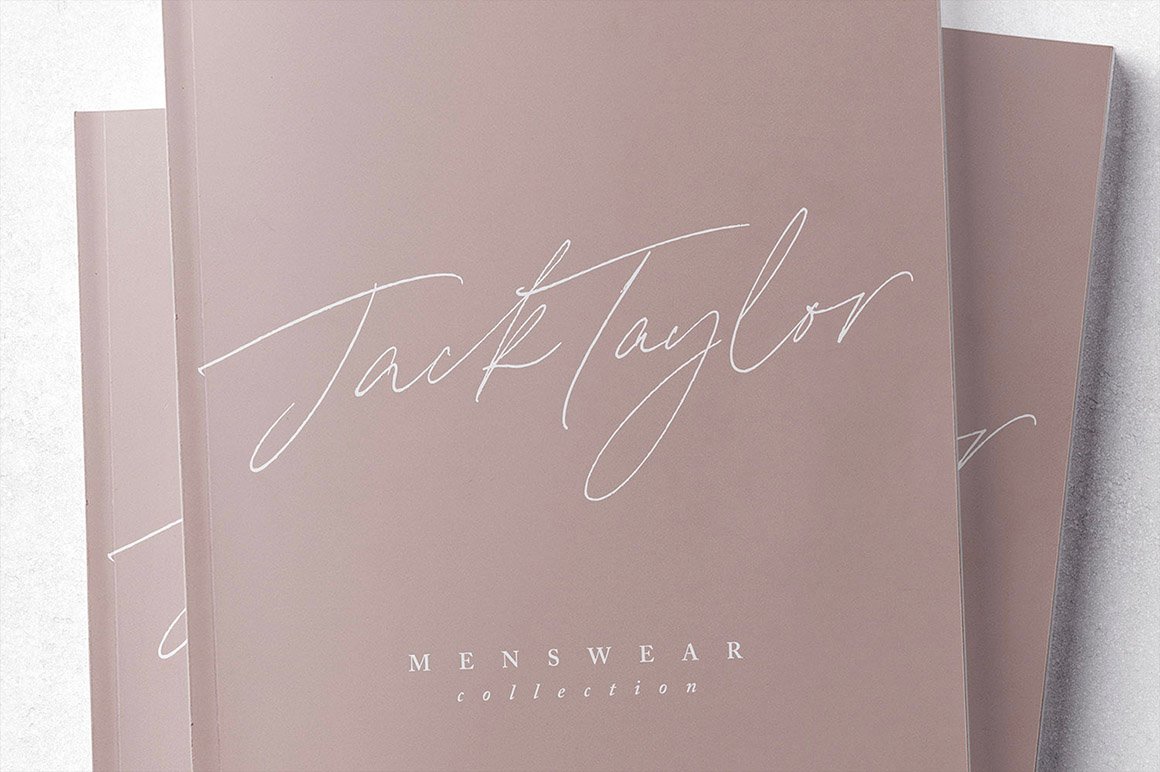 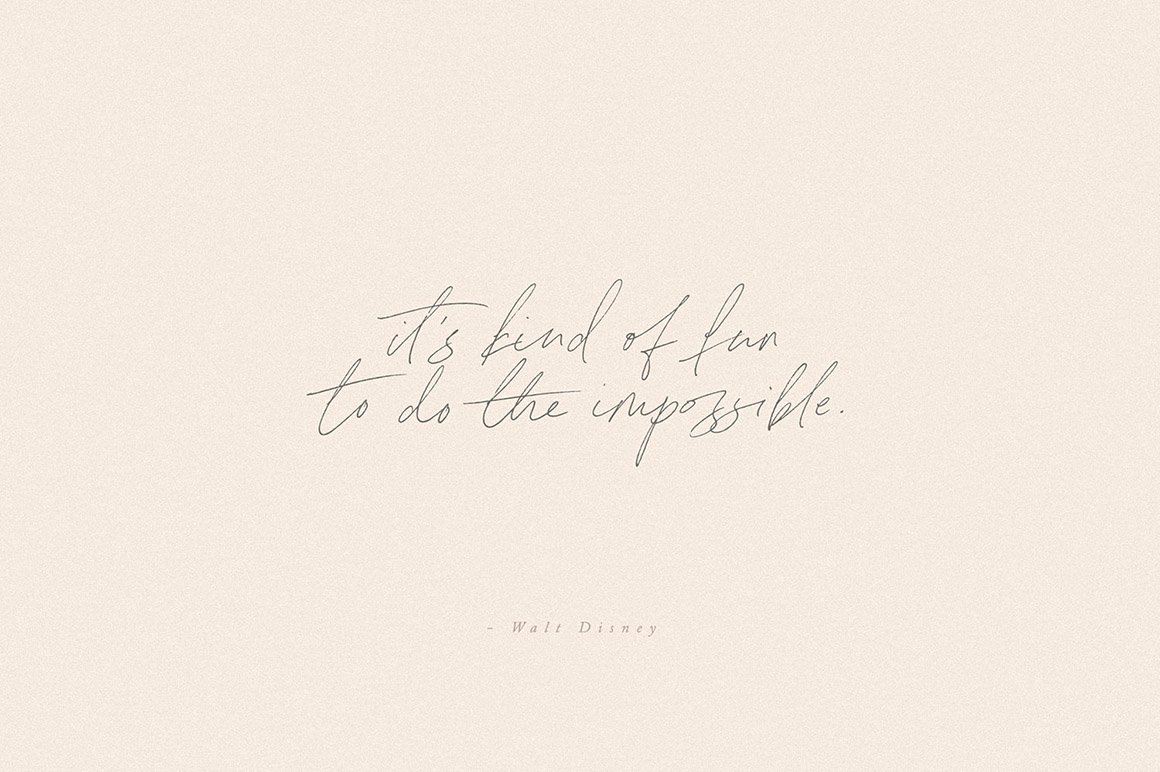 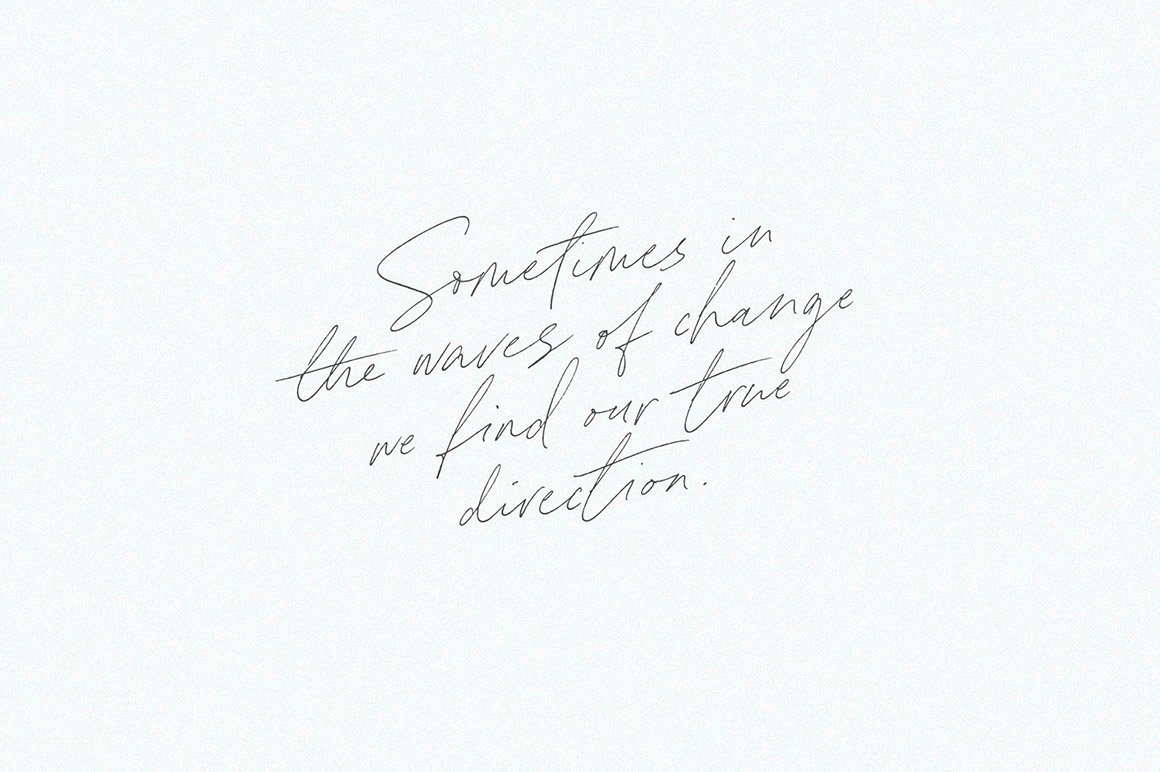 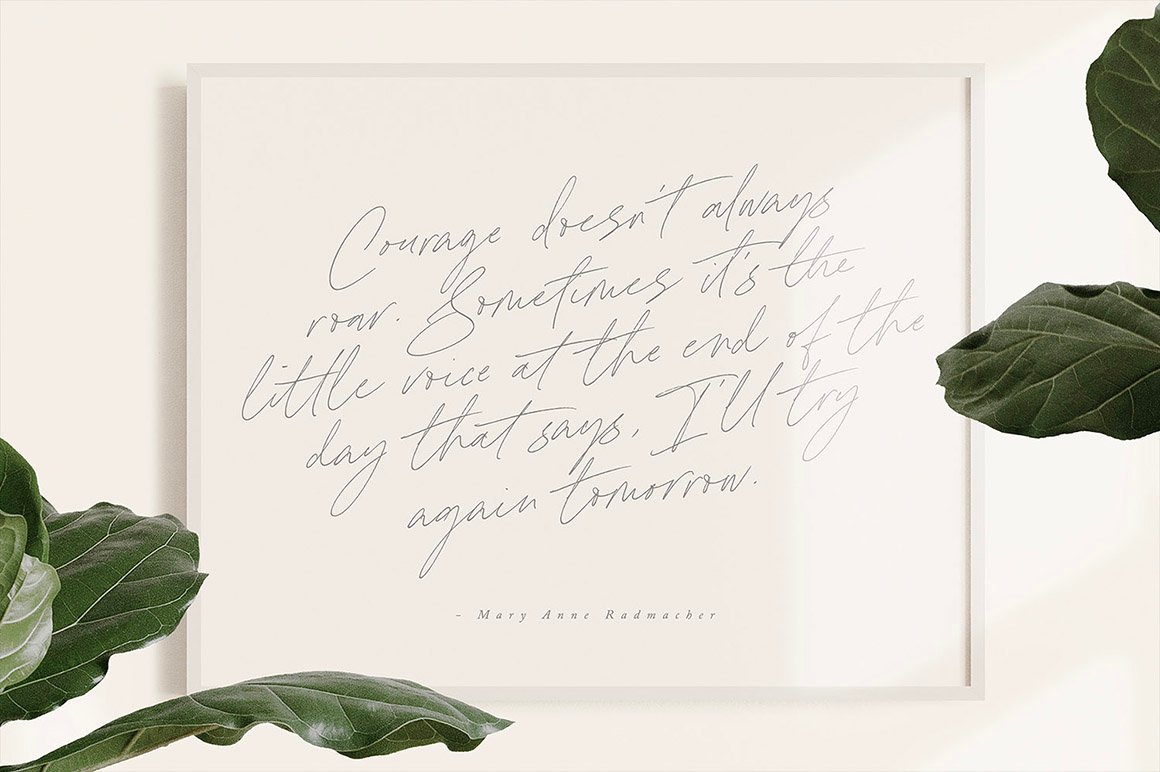 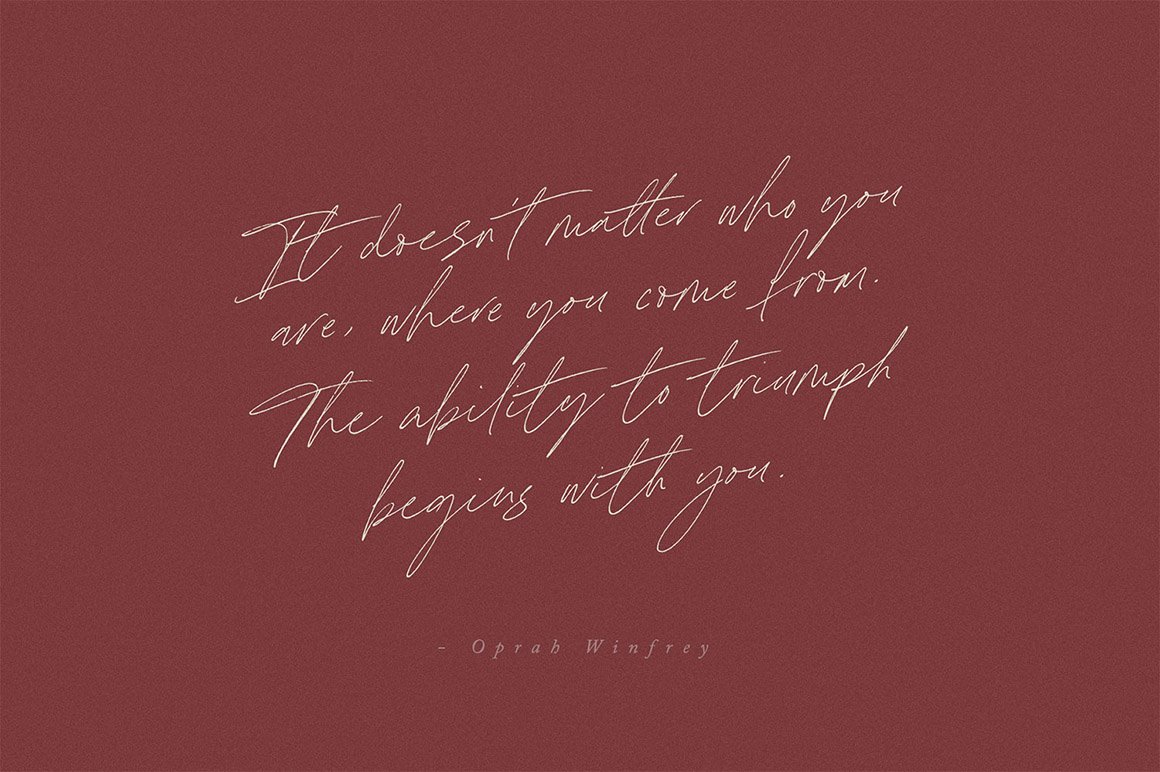