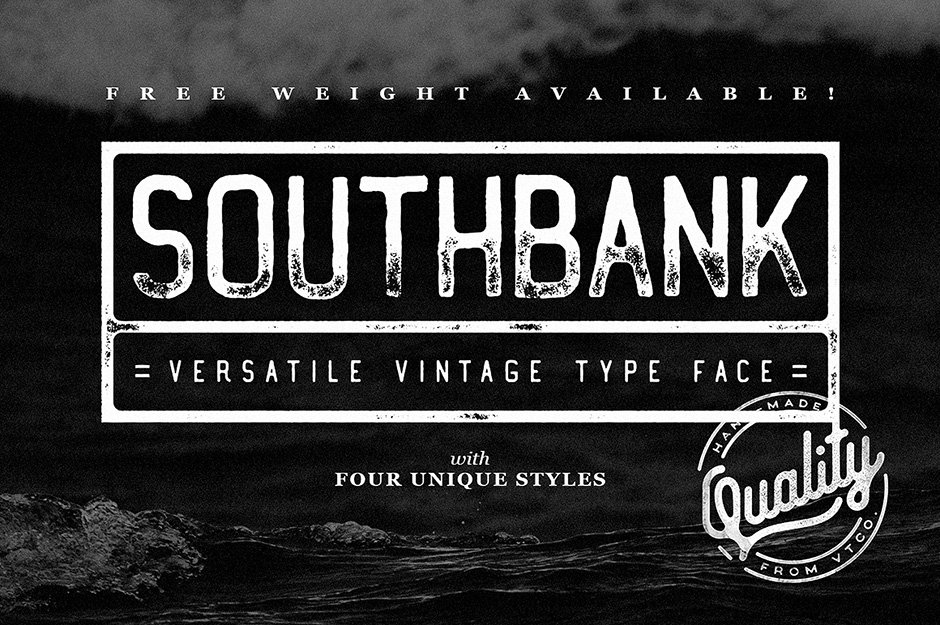 Southbank Display Font is the latest font from Vintage Type Co. and comes packed with 4 unique styles, each with an italic version, and inked counterpart. Whatever you’re designing, one of these styles is sure to fit your needs!

Aside from coming in 4 styles, with italics and grungy distressed versions, Southbank Display Font comes with multilingual support for an array of Latin and Western European languages, as well as basic Cyrillic.

Be the first to comment on “Southbank Vintage Typeface” Cancel reply