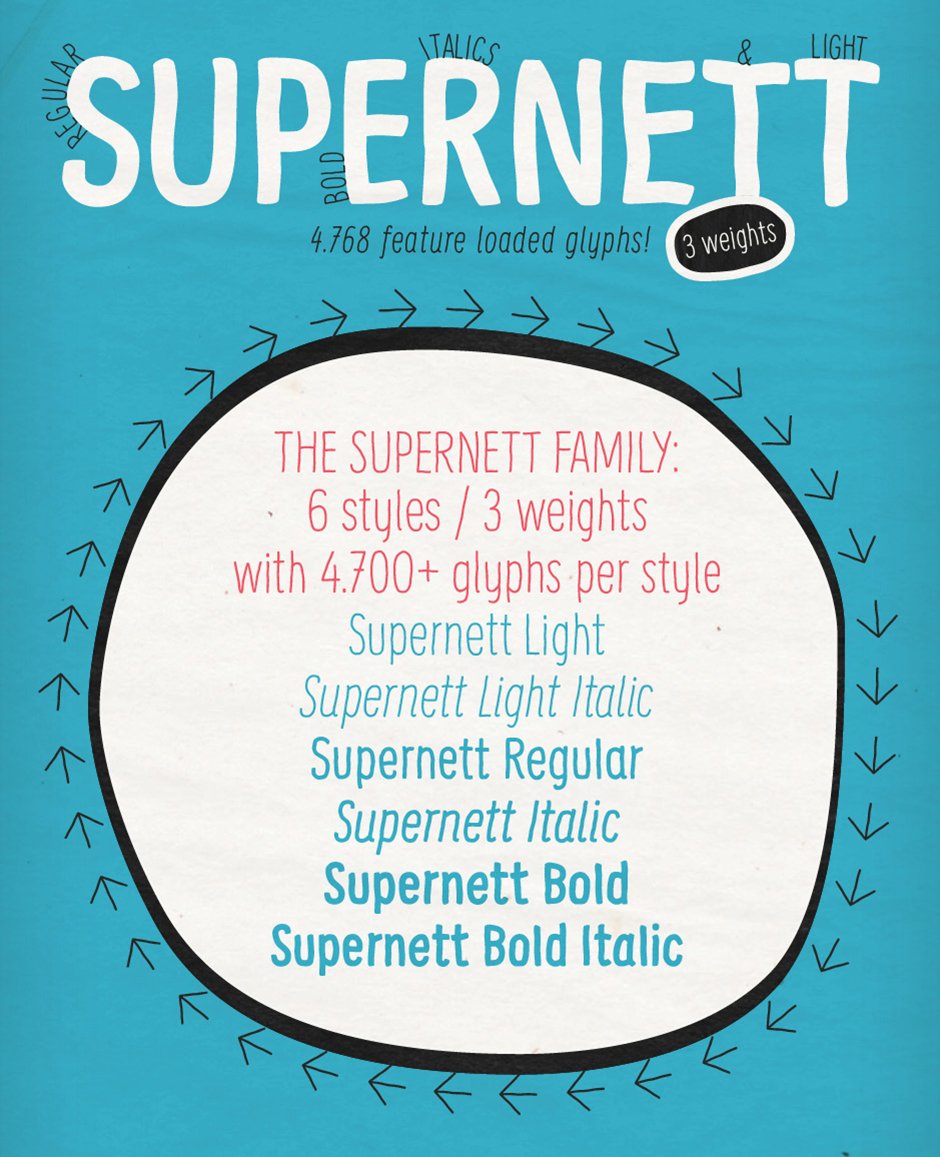 Supernett is a hand drawn Sans-Serif with 4,700 glyphs per Style and True Italics. This hand drawn Sans offers alternating and rotating letters as well as a varying baseline shift. It has 6 hand drawn Sans making it perfect for food, packaging and so much more!

Have you ever tried drawing a Sans-Serif by hand? Georg Herold-Wildfellner did and out popped Supernett, a 6 weight hand-drawn font family with more than 4,700 glyphs per style. Supernett – a fairly condensed display Sans – is tailored for large font sizes but also impresses with an astounding legibility in small typesettings.

Supernett – a fairly condensed display Sans – is tailored for large font sizes but also impresses with an astounding legibility in small typesettings.

There’s a slew of OpenType options to intensify the handmade touch: Need some rotation in your work? With OpenType Swashes you can randomly rotate all glyphs around their own axis. OT Tilting Alternates offers a varying baseline shift for each single glyph. Finally activate OT Contextual Alternates and all letters and numerics alternate randomly between three different variants.

The Supernett family in total includes 6 hand-drawn styles and is tailored for food-, magazine-, book- and packaging-design. The extensive character set supports Central and Eastern European as well as Western European languages.

Be the first to comment on “Supernett: A Hand Drawn Font Family” Cancel reply