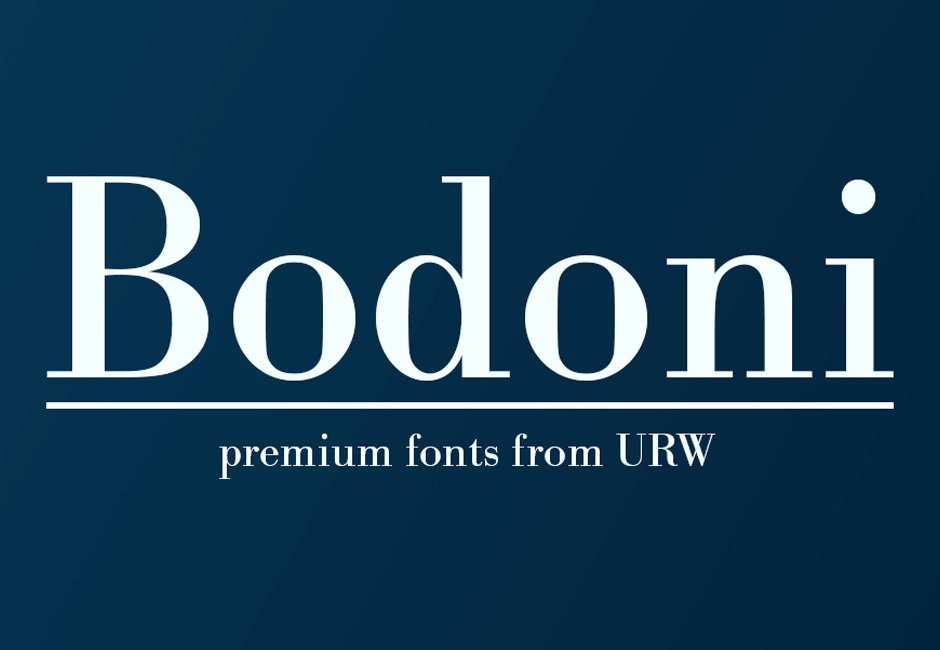 URW Bodoni is a family of 50 serif typefaces first designed by Giambattista Bodoni in 1798. The typeface is classified as didone modern. Bodoni followed the ideas of John Baskerville, as found in the printing type Baskerville, that of increased stroke contrast and a more vertical, slightly condensed, upper case, but taking them to a more extreme conclusion. Bodoni had a long career and his designs evolved and differed, ending with a typeface of narrower underlying structure with flat, unbracketed serifs, extreme contrast between thick and thin strokes, and an overall geometric construction. Though these later designs are rightfully called “modern”, the earlier designs are “transitional”. 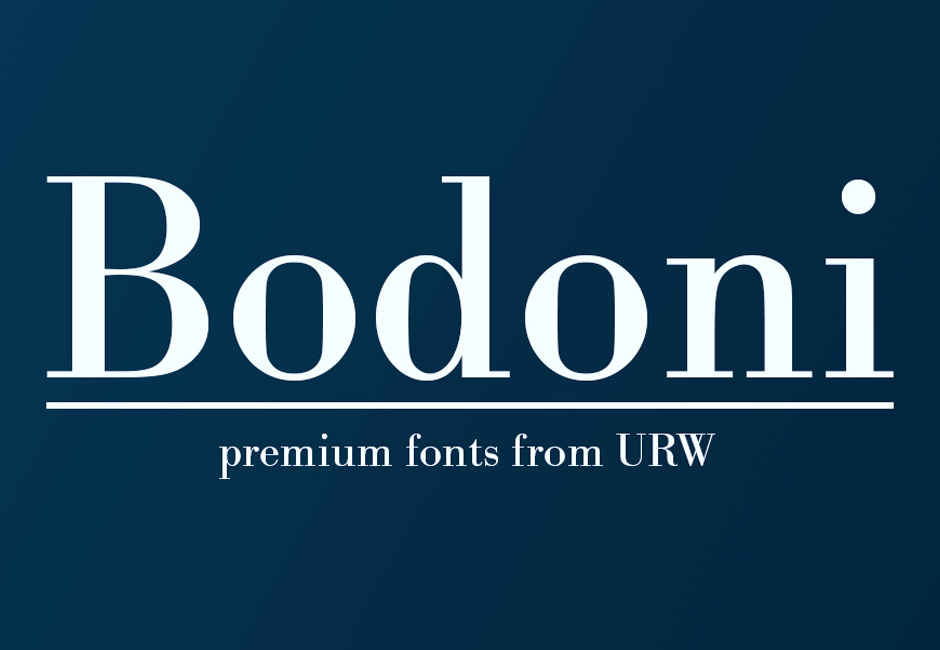 Bodoni admired the work of John Baskerville and studied in detail the designs of French type founders Pierre Simon Fournier and Firmin Didot. Although he drew inspiration from the work of these designers, above all from Didot, no doubt Bodoni found his own style for his typefaces, which deservedly gained worldwide acceptance among printers. 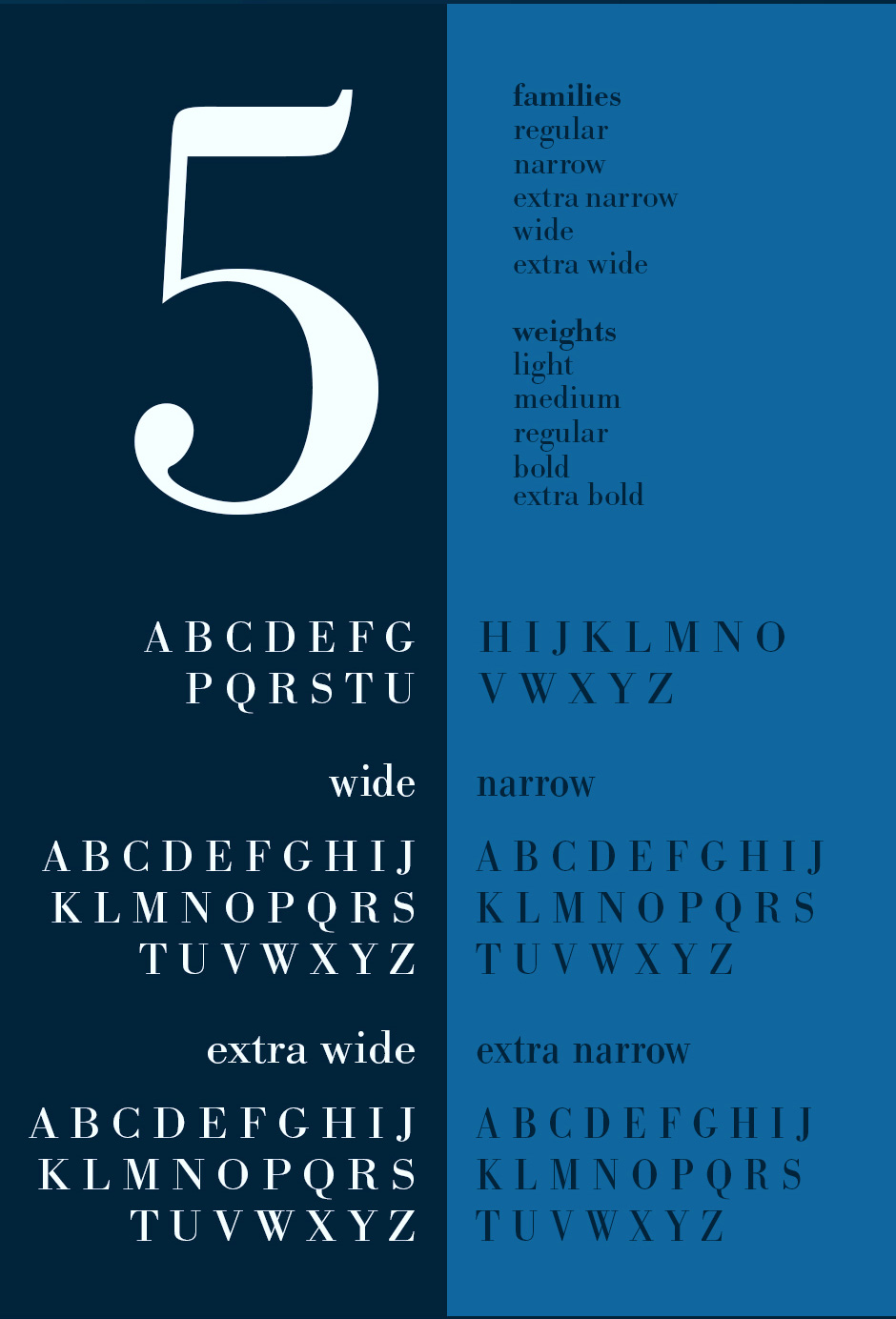