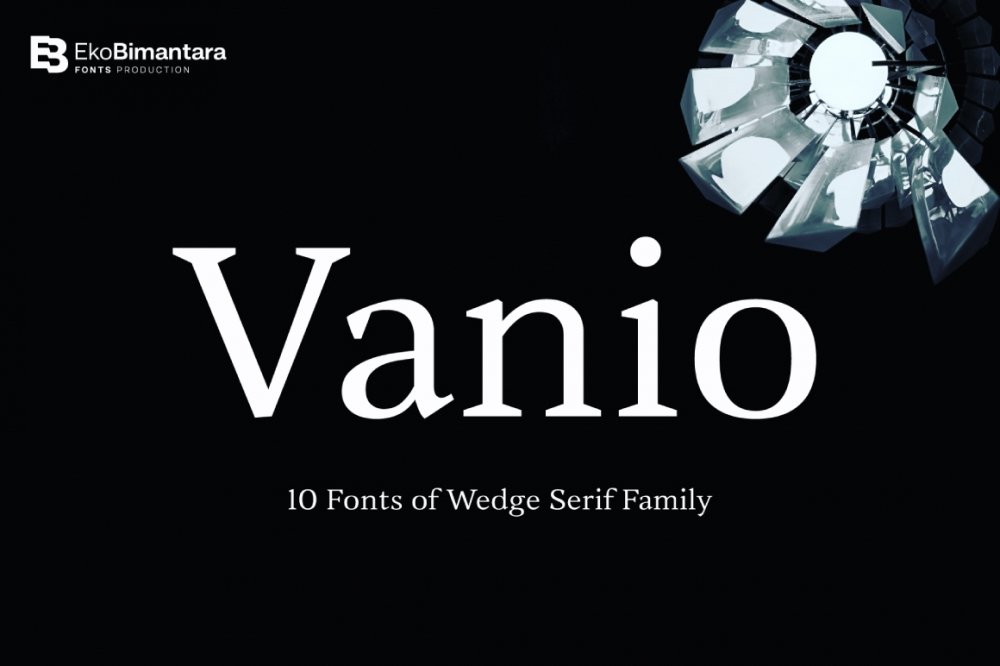 Vanio is strong wedge serif font family crafted with precision and focused on both artistically and legibility, Vanio’s letterforms and typographic elements are made in a way to achieve optical recognition and fit for various typesetting. 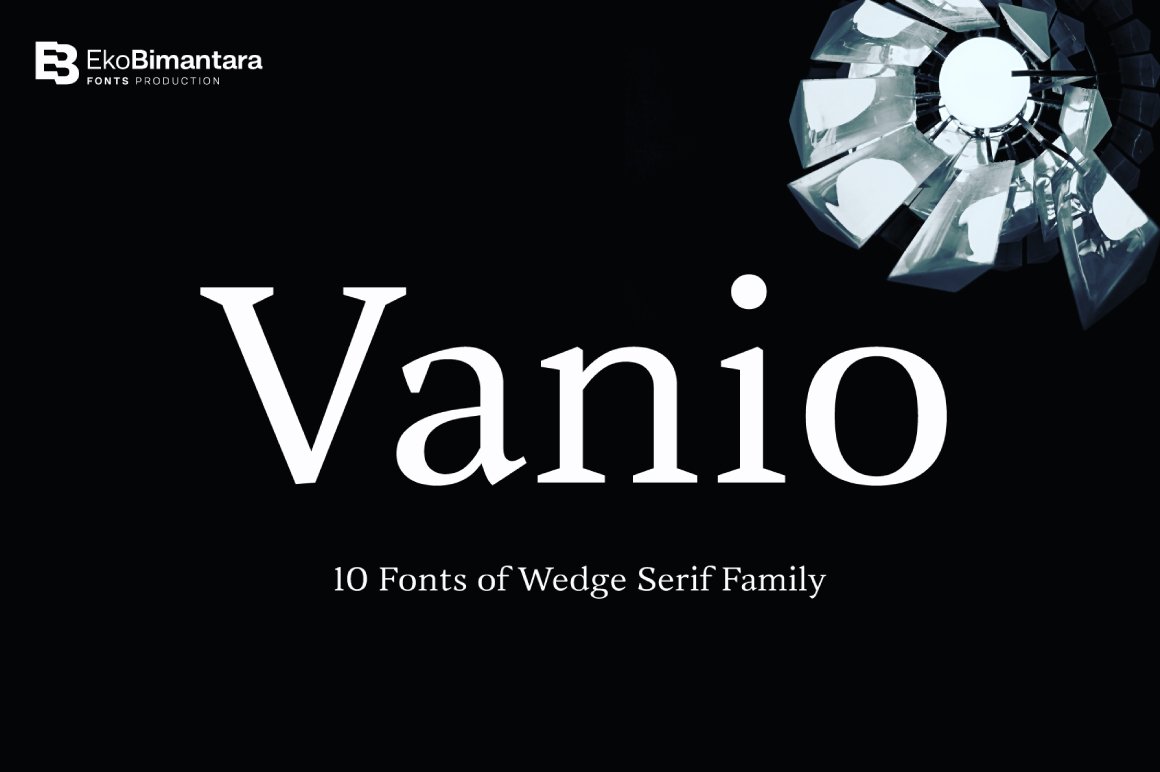 It has a strong serif and spacious width letterforms on the upright styles. It’s shown a medium contrast and calligraphic strokes. Its have a moderate vertical heights either at the x-height, caps, ascender or descender. Vanio consist of 10 styles from regular to extrabold with each matching italics. Its contain more than 460 glyphs which support broad latin languages. Also contain several opentype features; Ligature, oldstyle figures, fraction, and other variation of figures.

Be the first to comment on “Vanio” Cancel reply