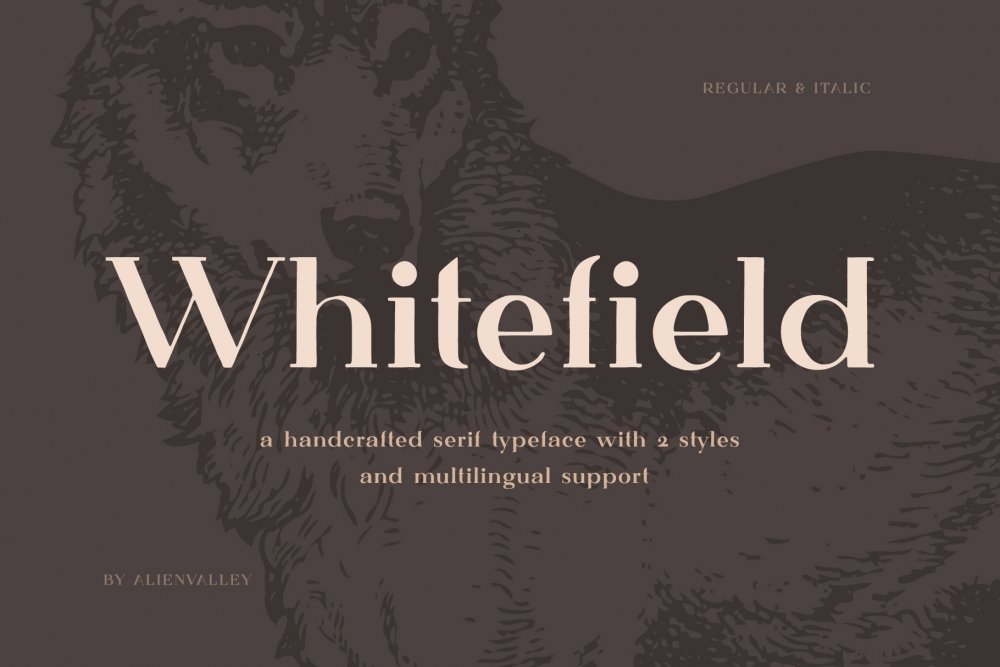 Whitefield is a handcrafted serif typeface inspired by one of our previous fonts, Greenmark, which was based on Finnmark. 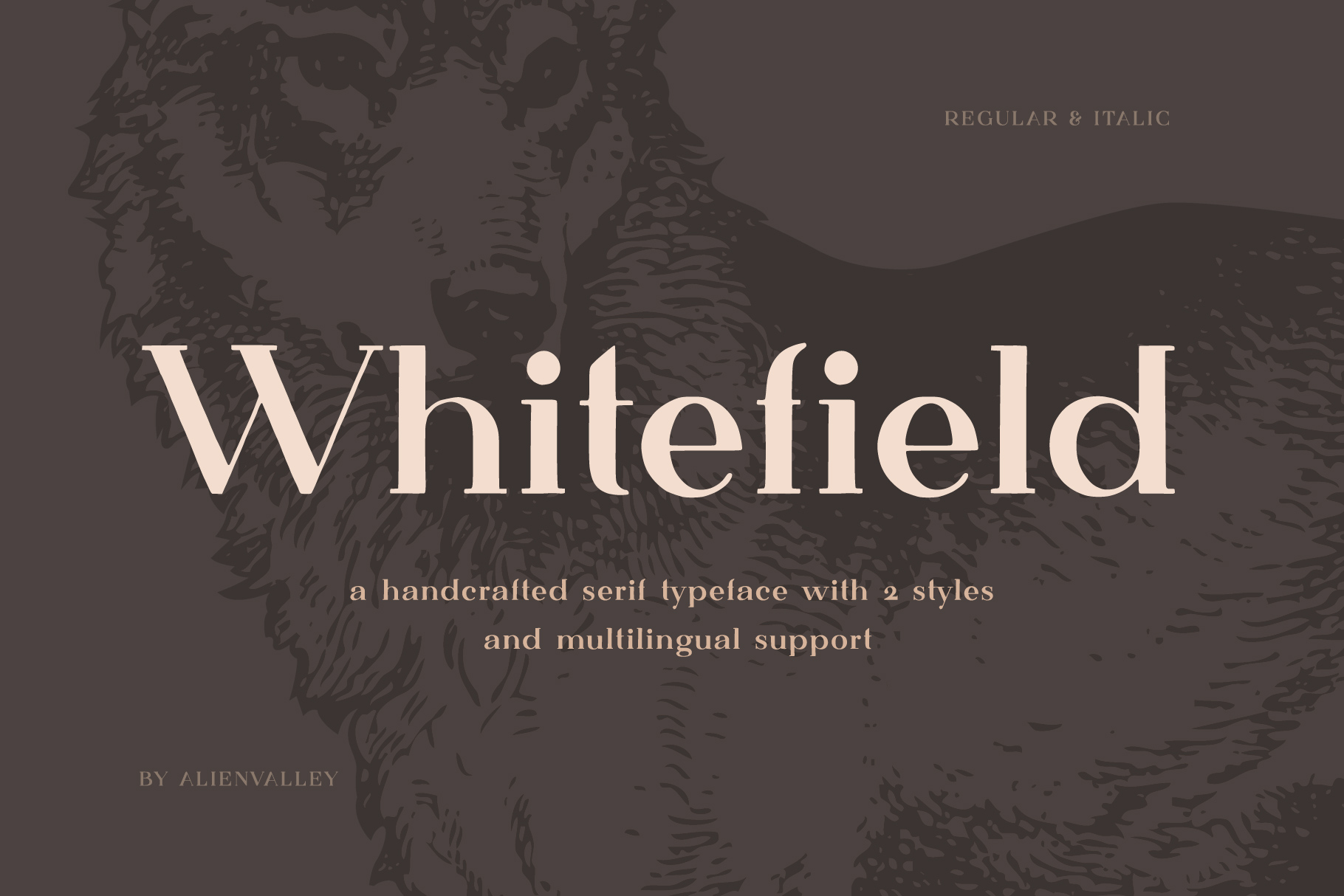 This typeface is basically a serif version of Greenmark featuring thick, wide, hand drawn characters, custom designs for some letters like a & g and an uneven baseline for the numbers so they align better with lowercase letters.

It works great for both headlines and large amounts of text as you can see in the preview images. 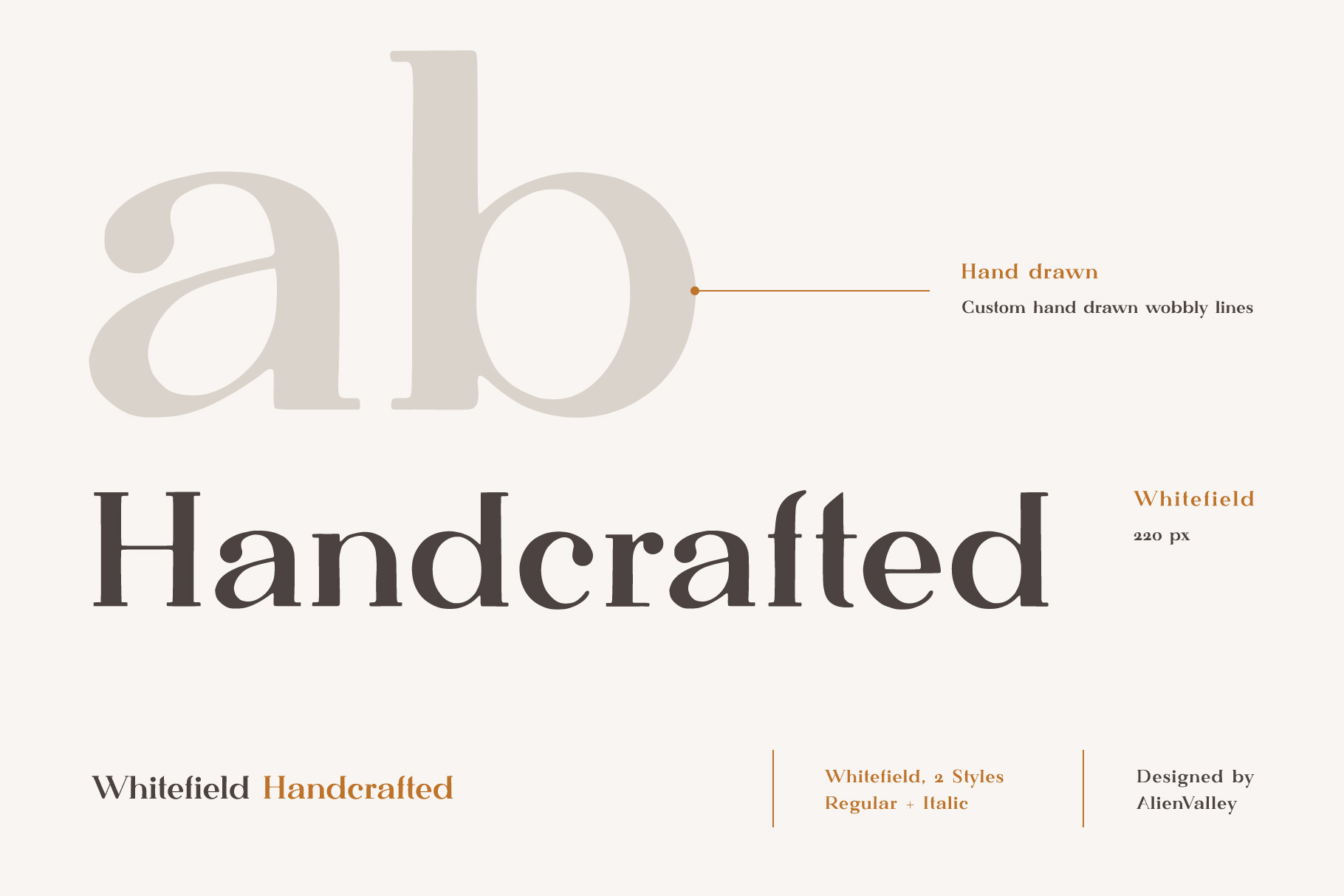 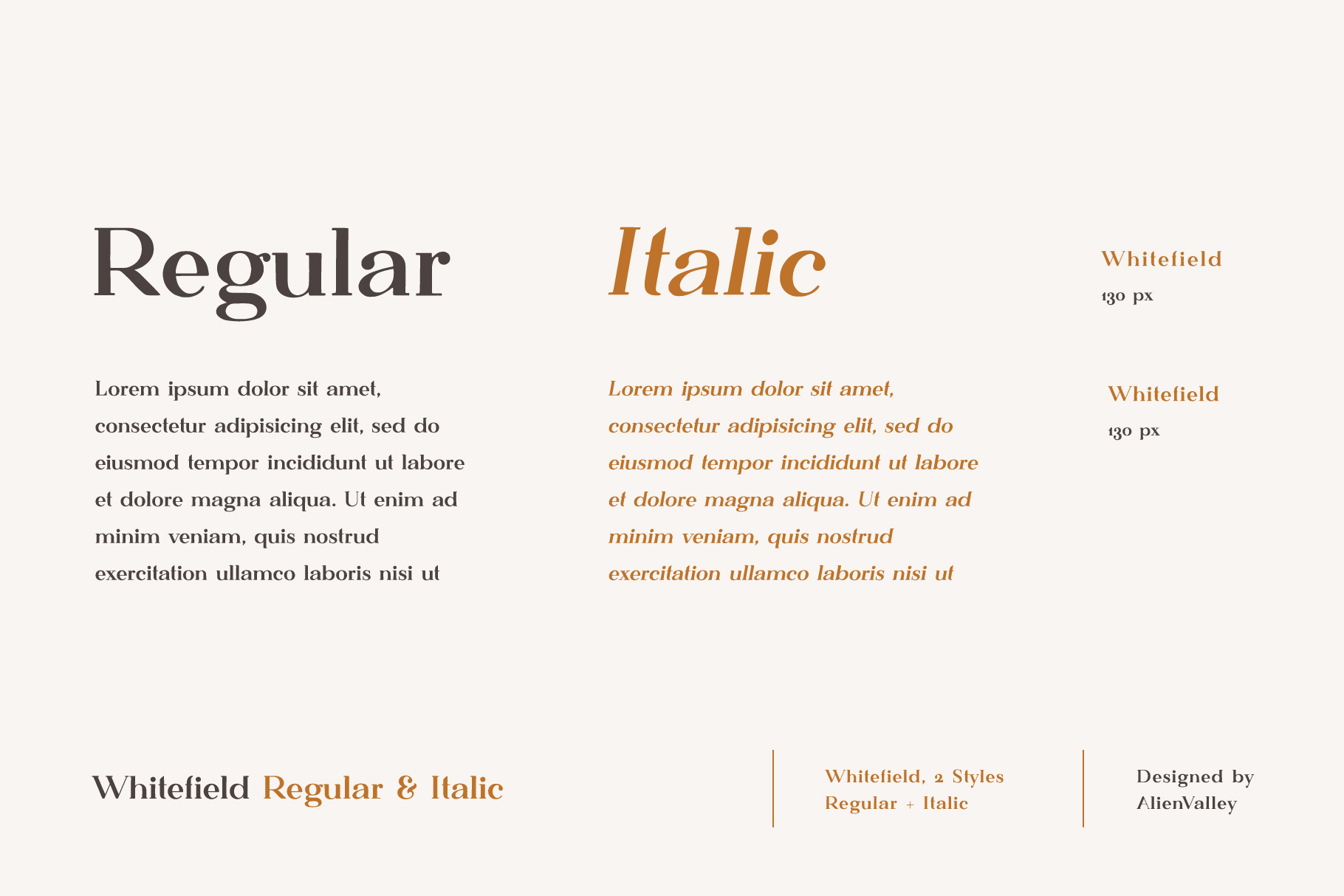 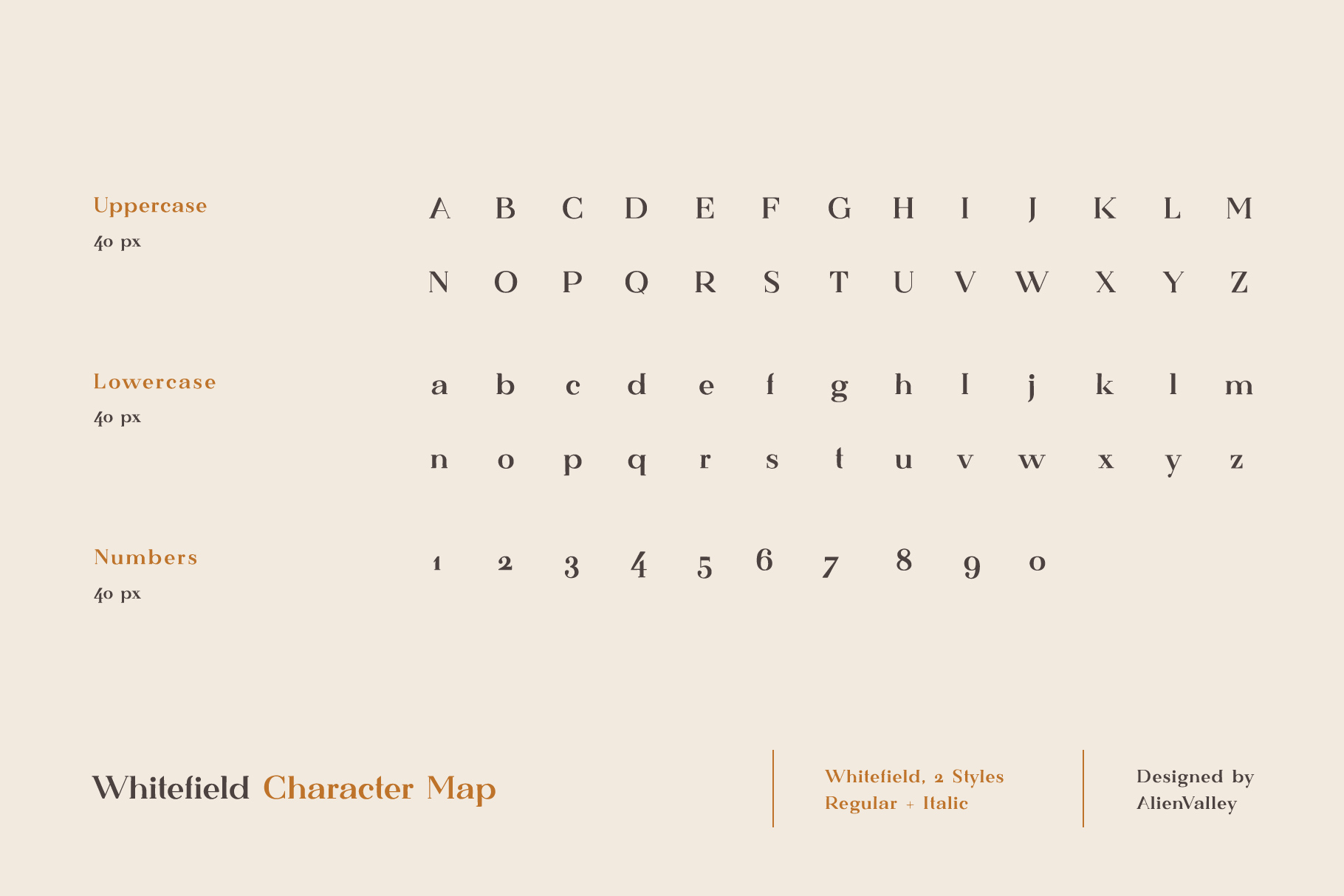 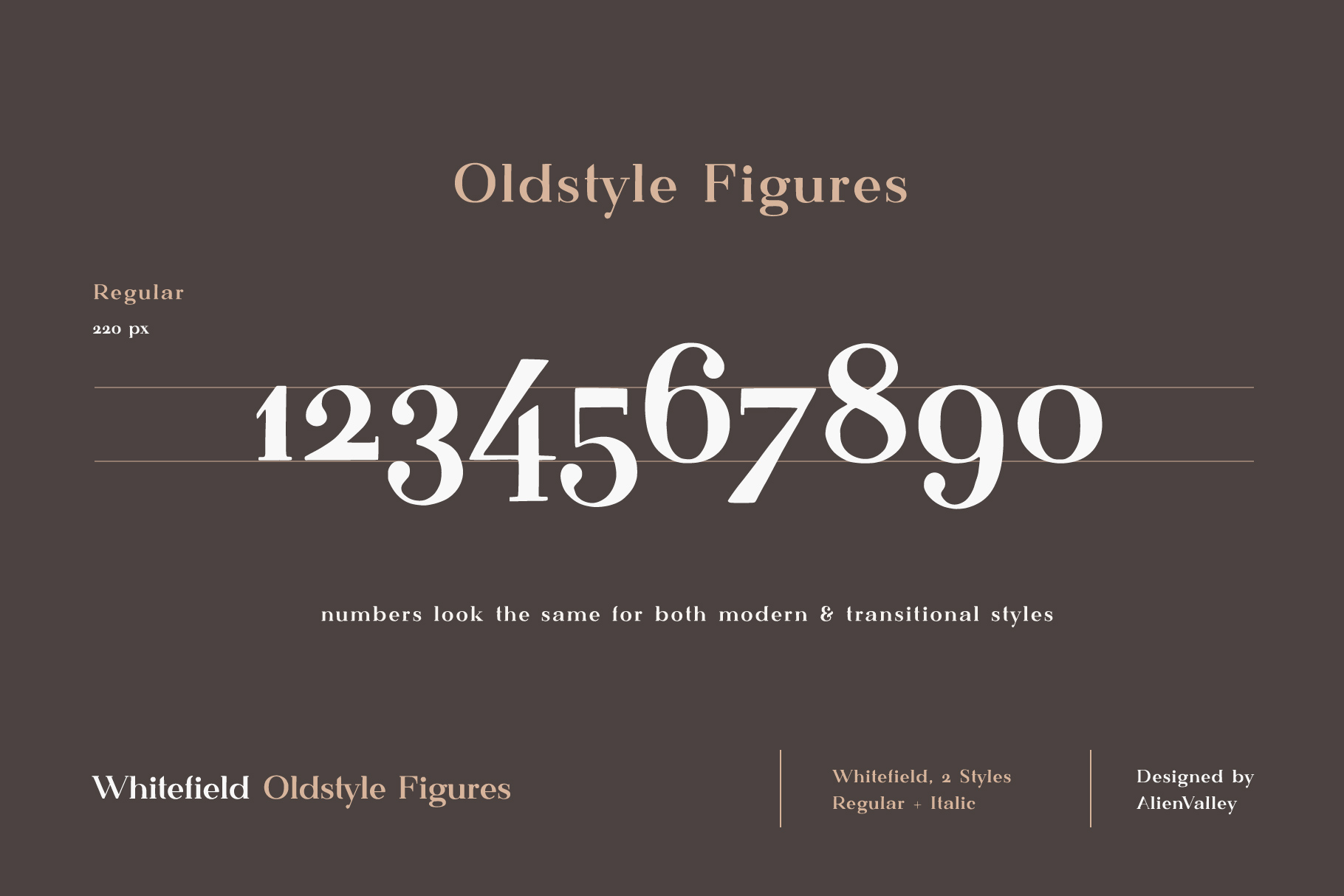 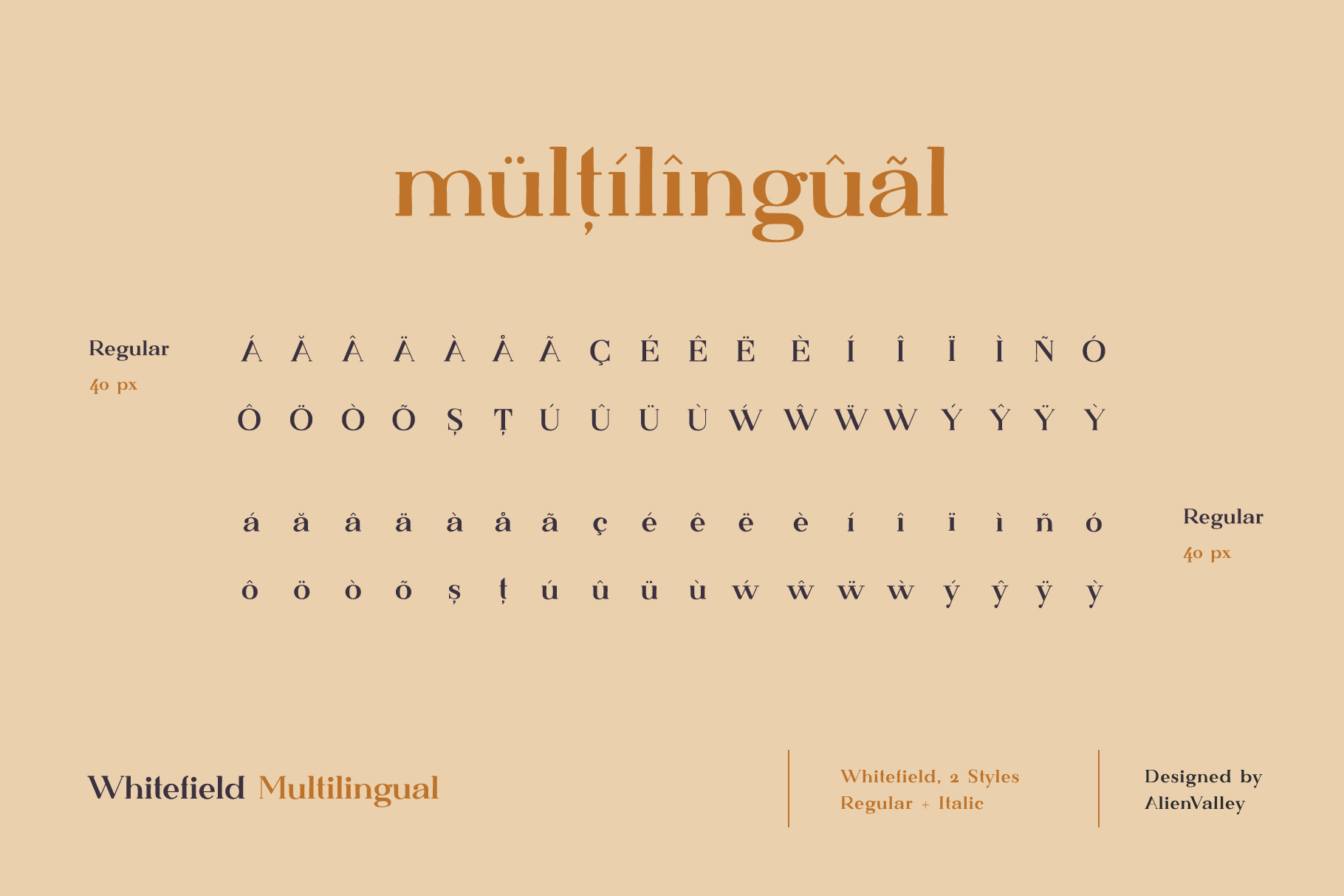 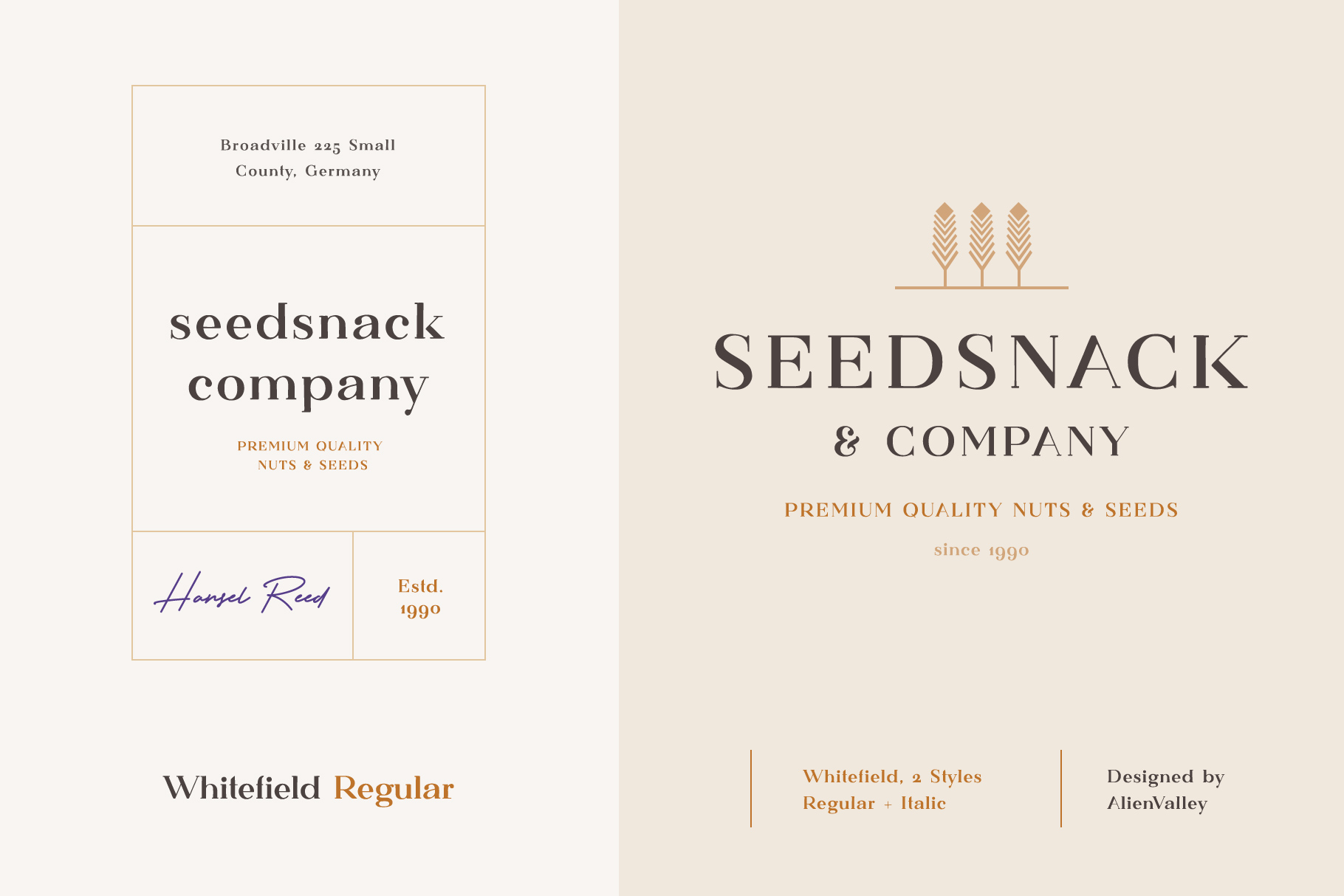 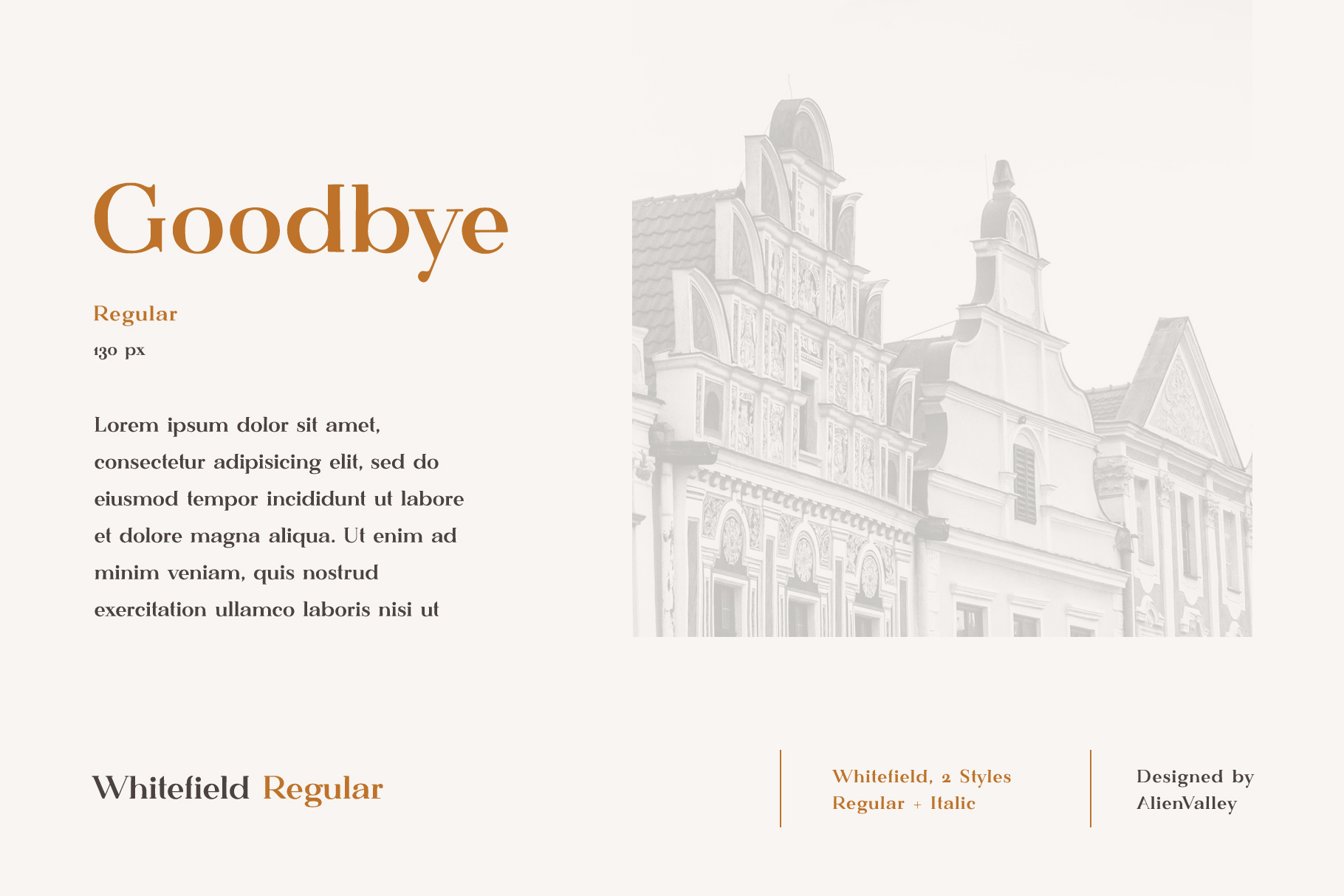 Be the first to comment on “Whitefield – Handcrafted Serif” Cancel reply