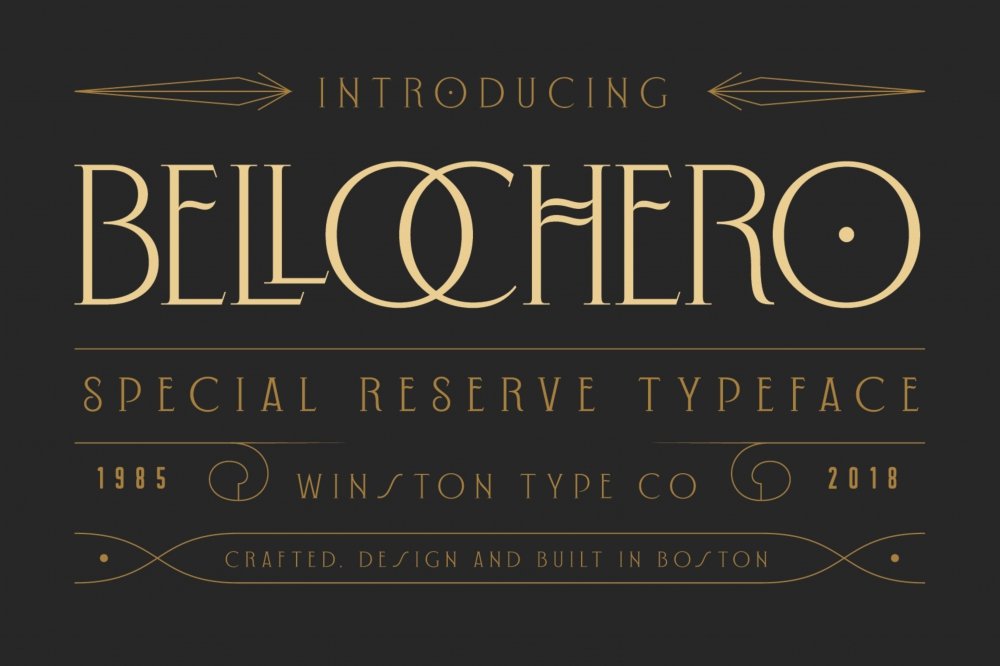 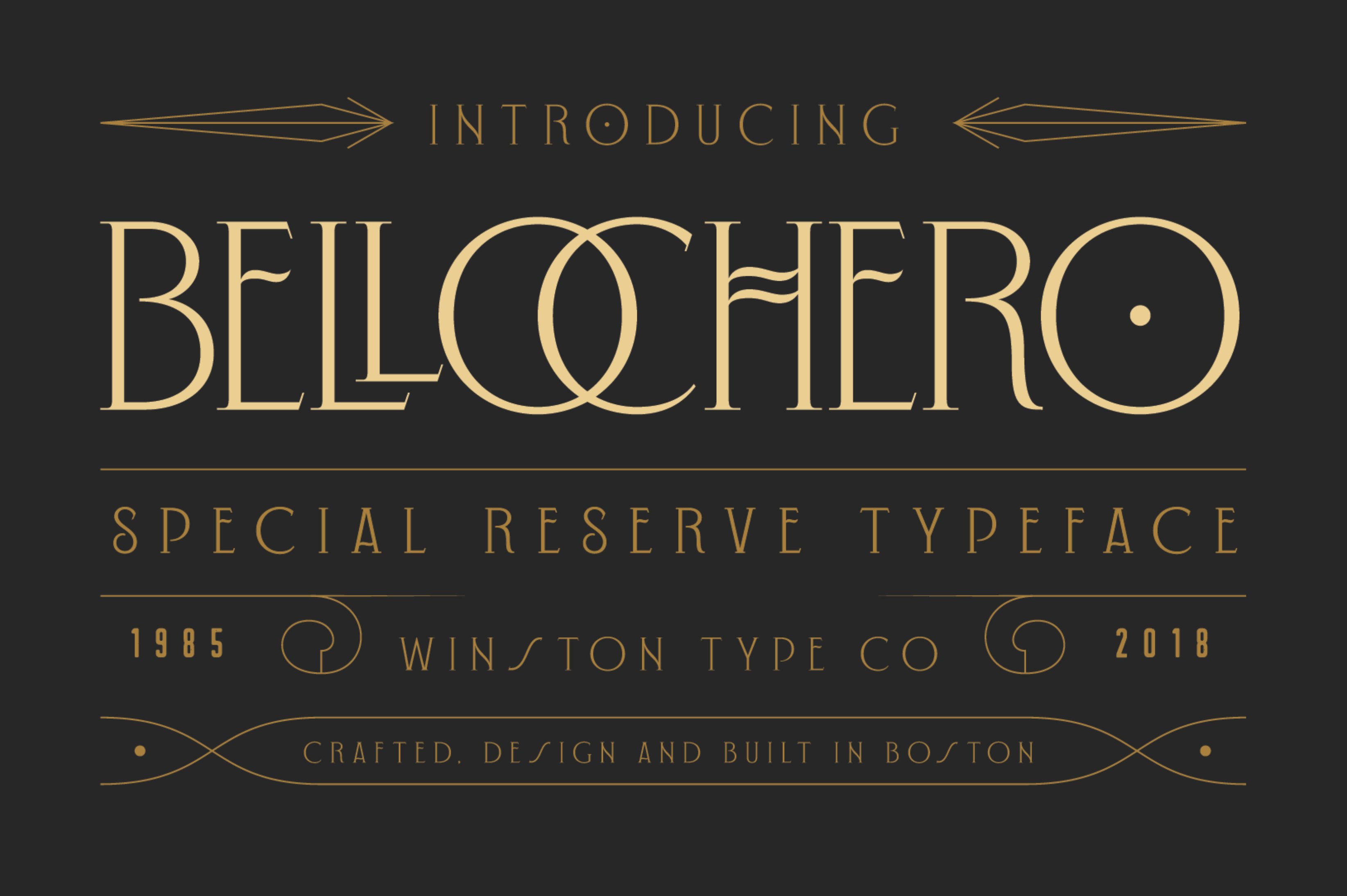 Back to the movement in the decorative arts and architecture that originated in the 1920s and developed into a major style in western Europe and the United States during the 1930s.

WT Bellochero included both individually crafted luxury font and produced carefully, the intention was to create a sleek and semi-modern elegance that symbolized vintage glory and sophistication. It combined modernist styles with fine craftsmanship.

The distinguishing features of the style are simple, clean shapes, often with a “streamlined” look; ornament that is geometric or stylized from representational forms.

WT Bellochero is suitable for your project and allows you to create beautiful designs, headlines, posters, logos, badges, t-shirt and more. Also best to use for headings, logos, posters, certificates, labels and signs. 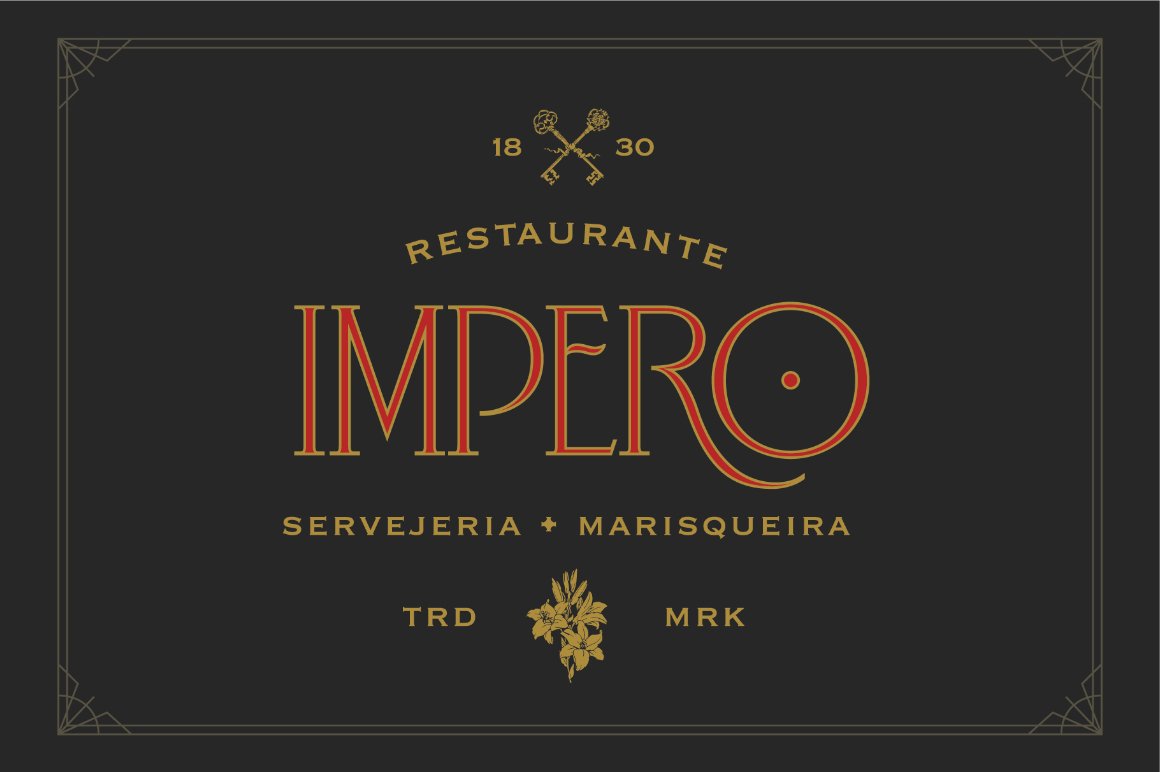 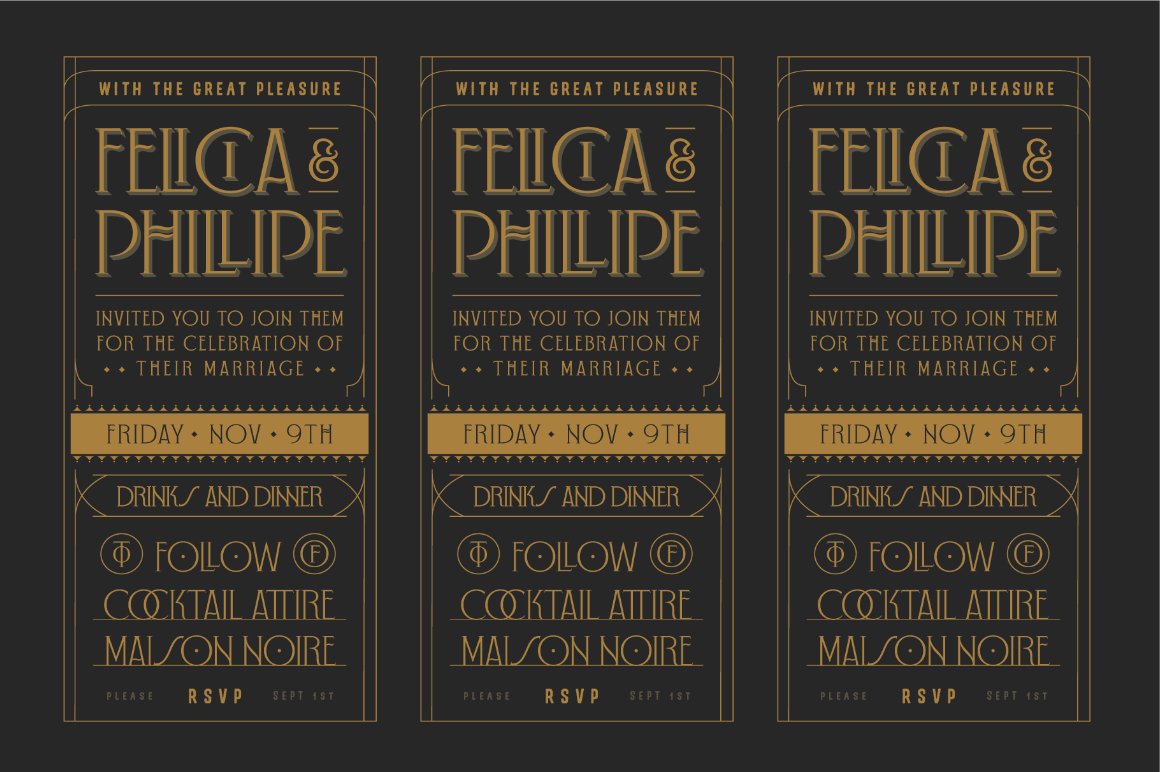 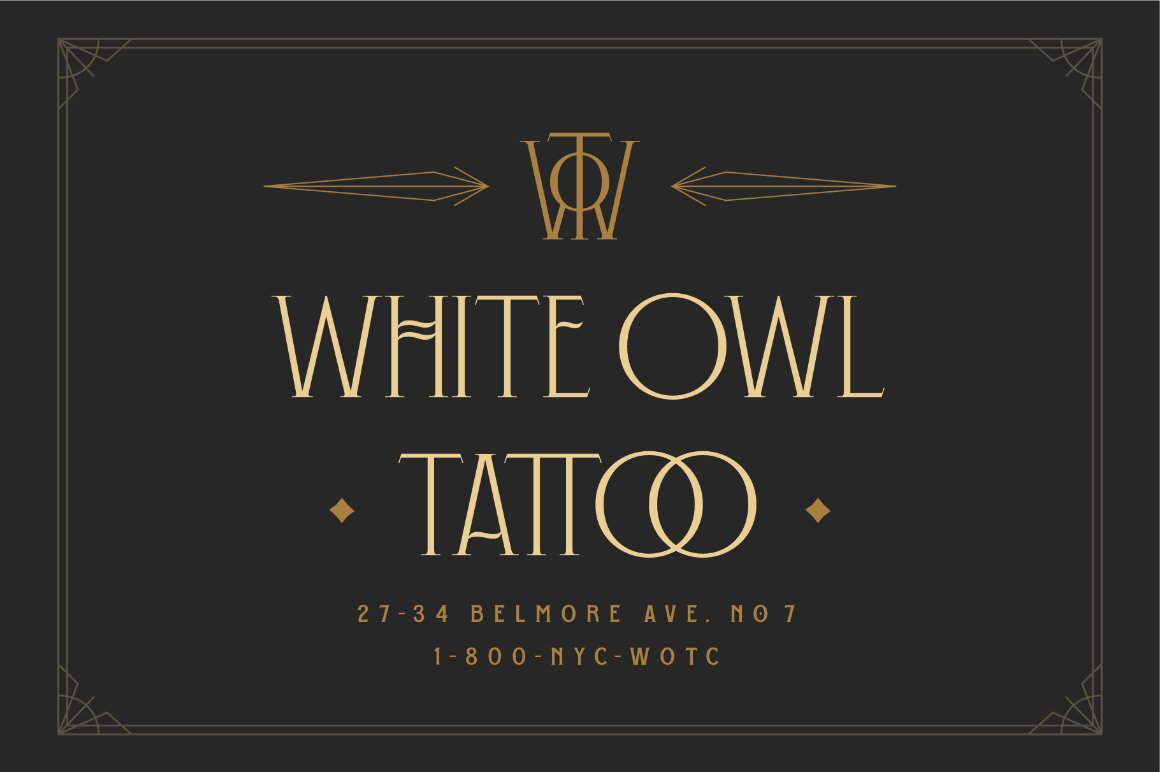 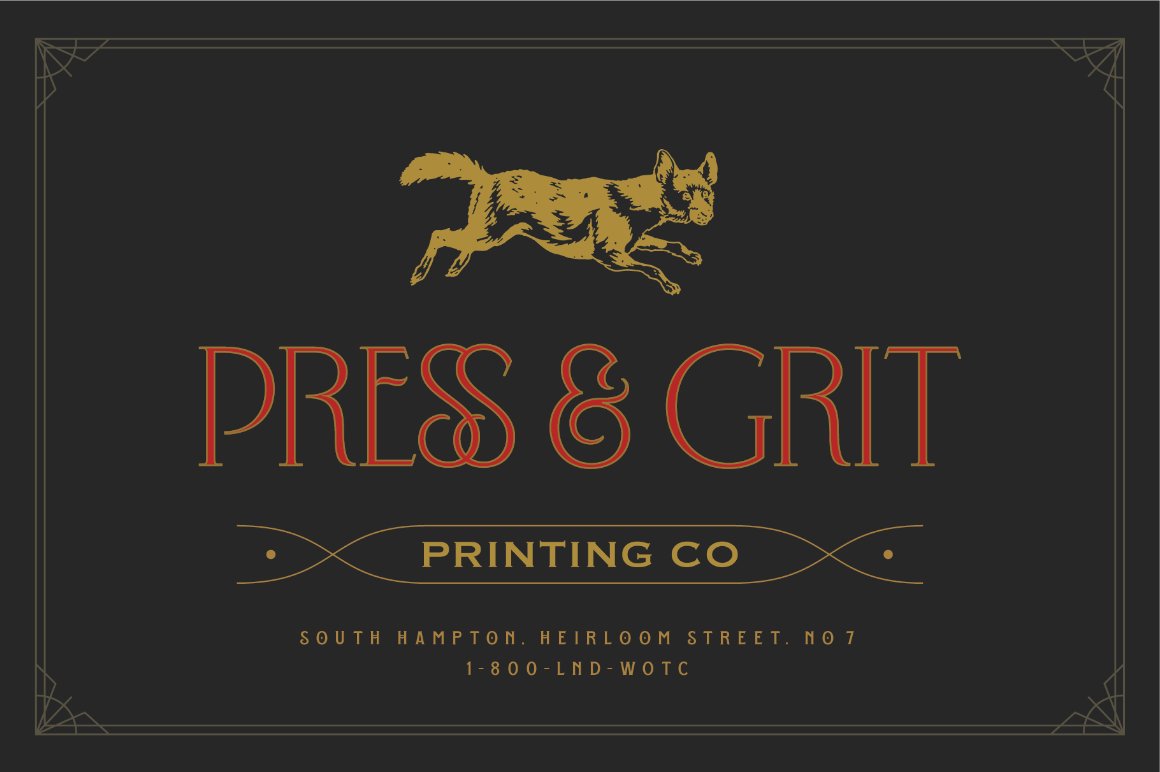 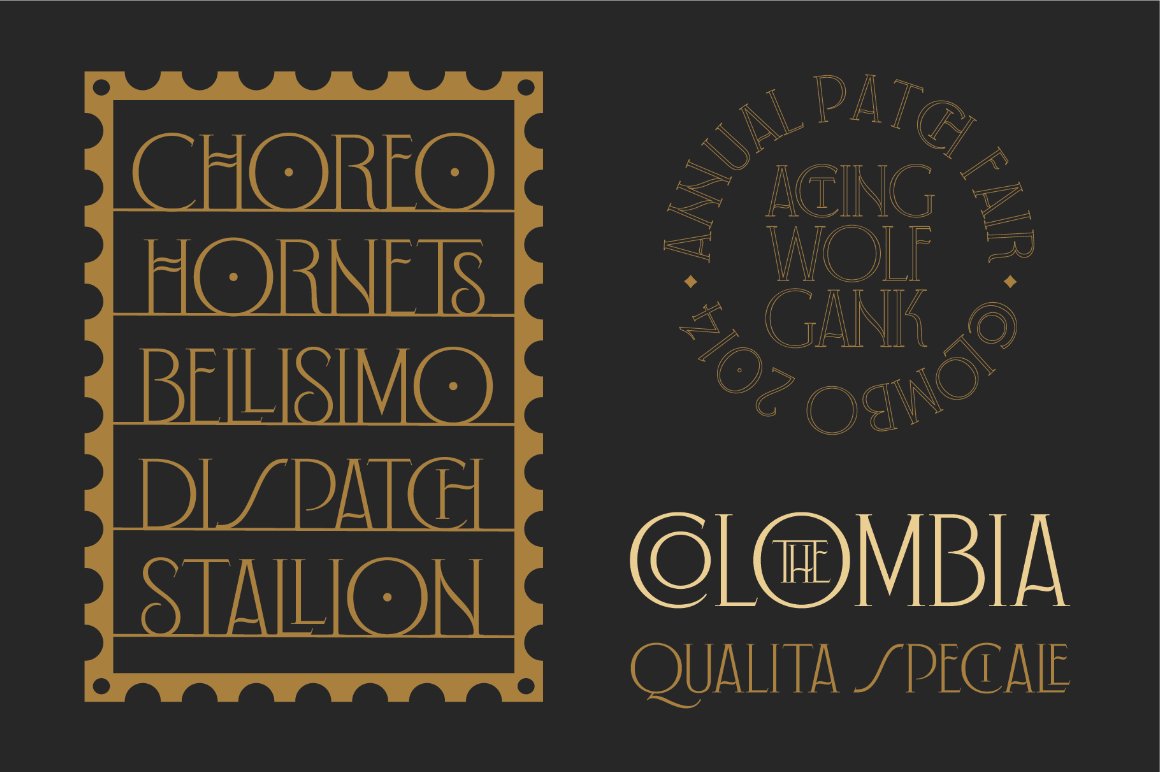 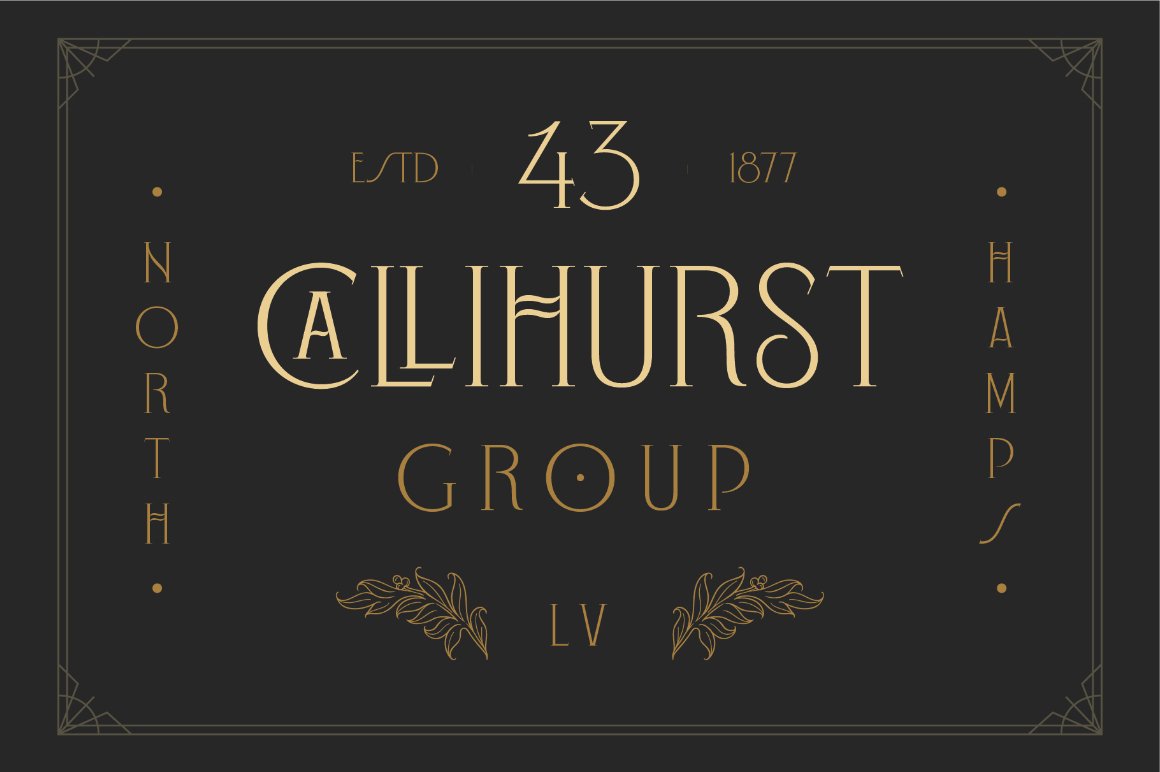 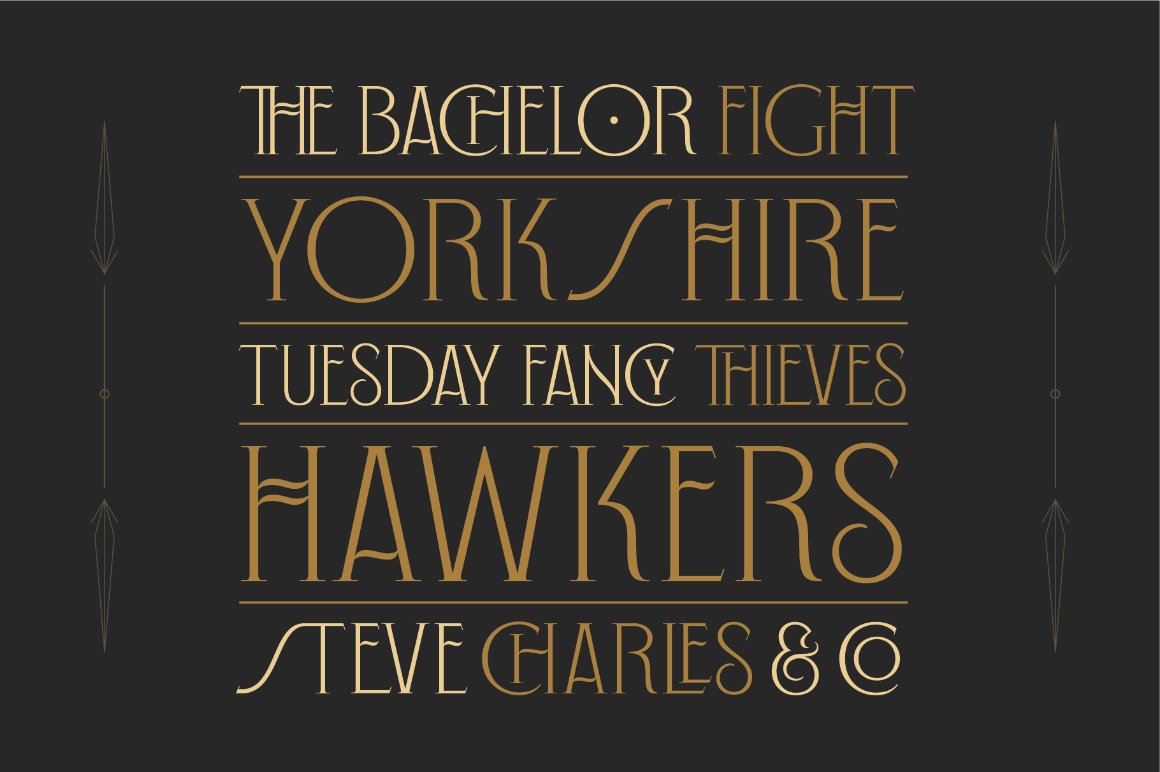 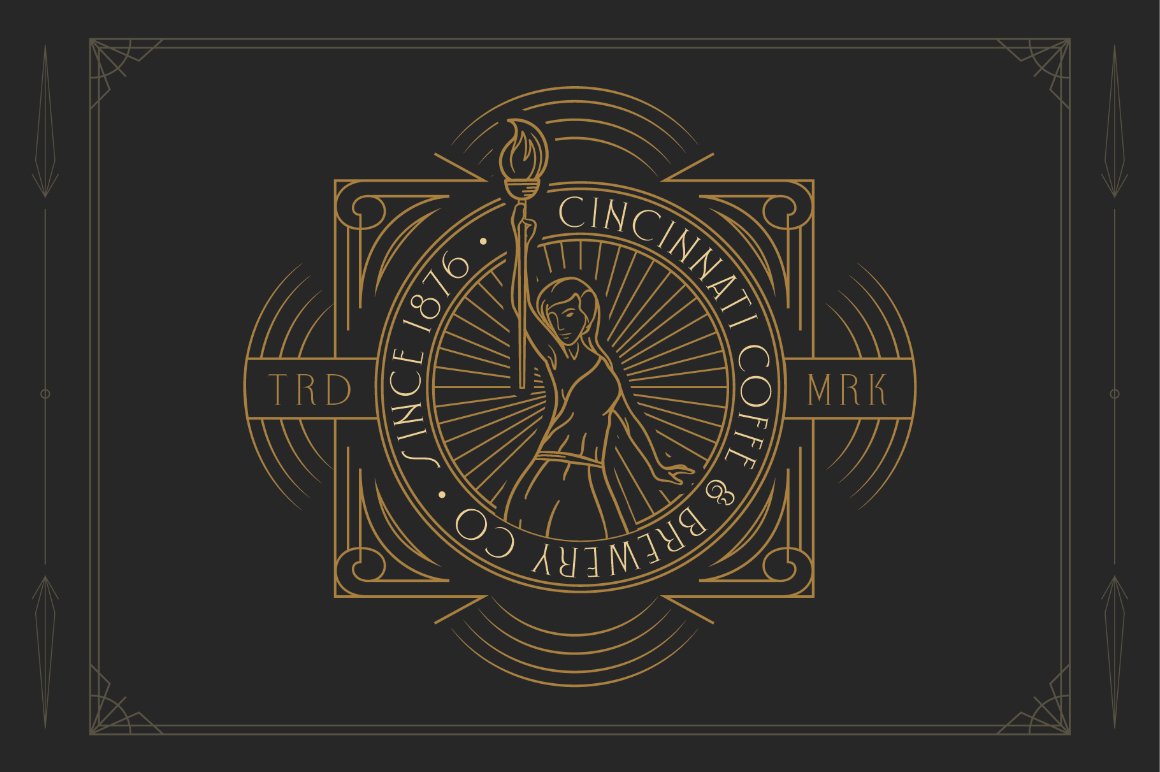 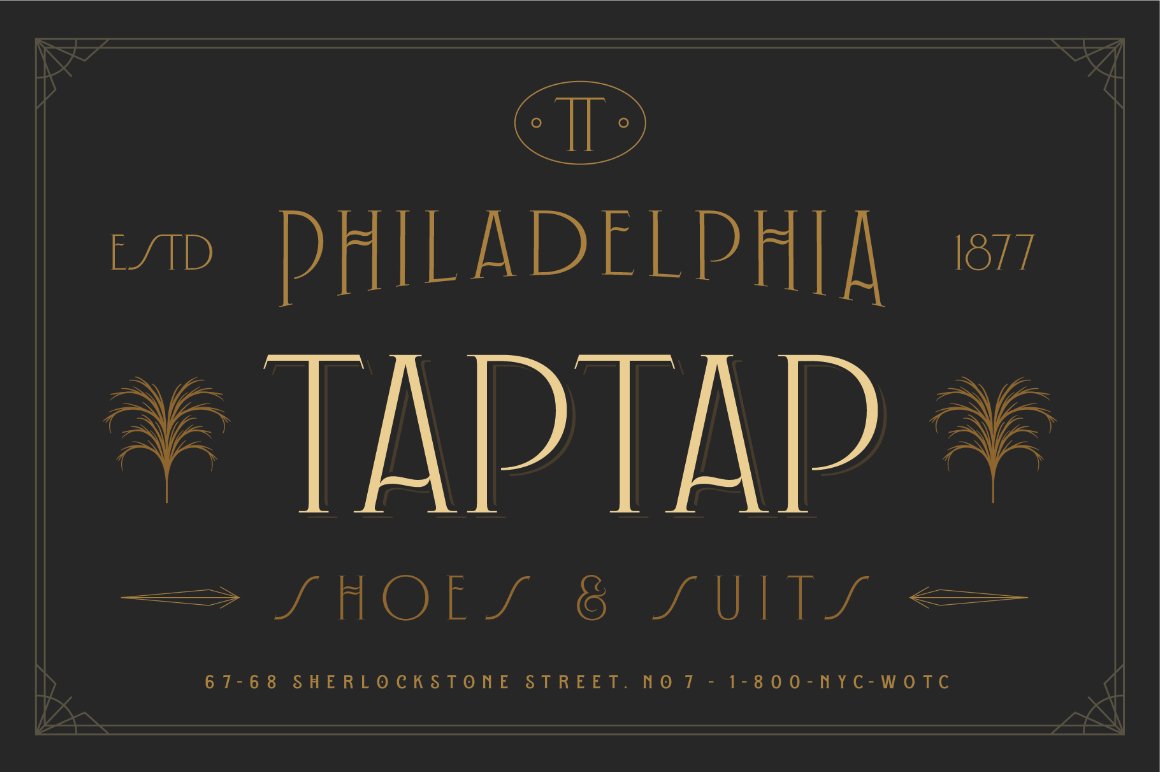 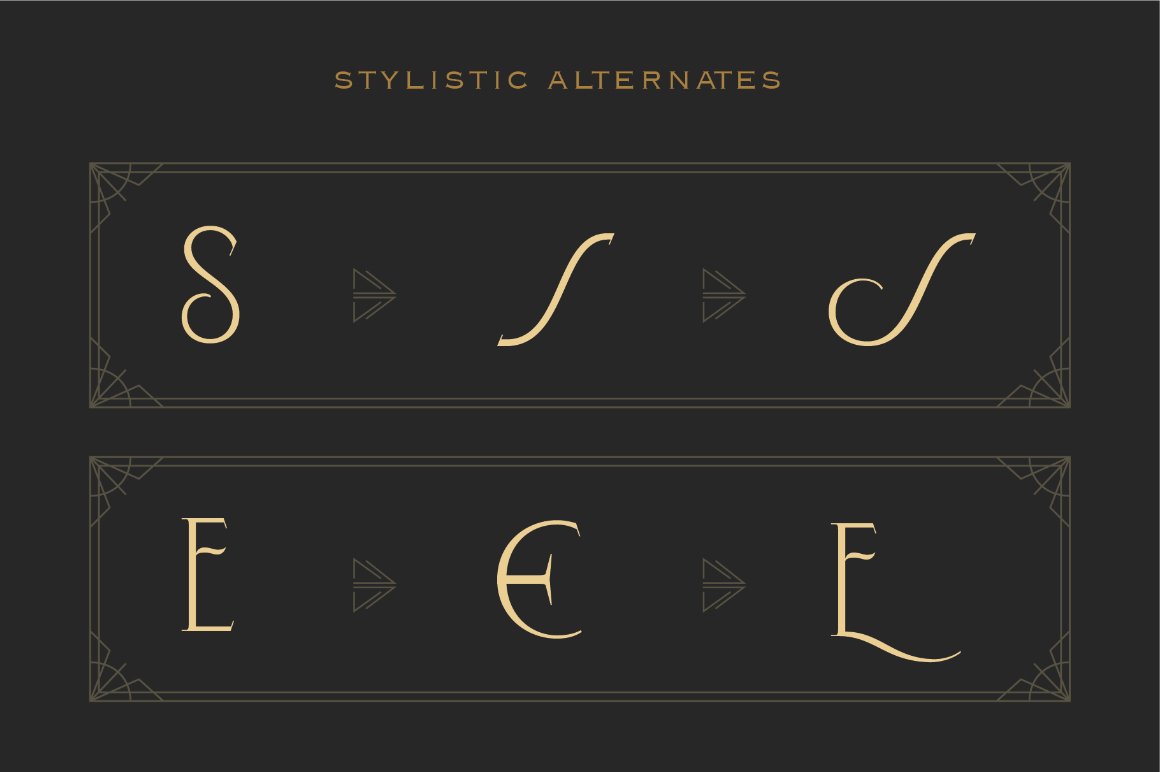 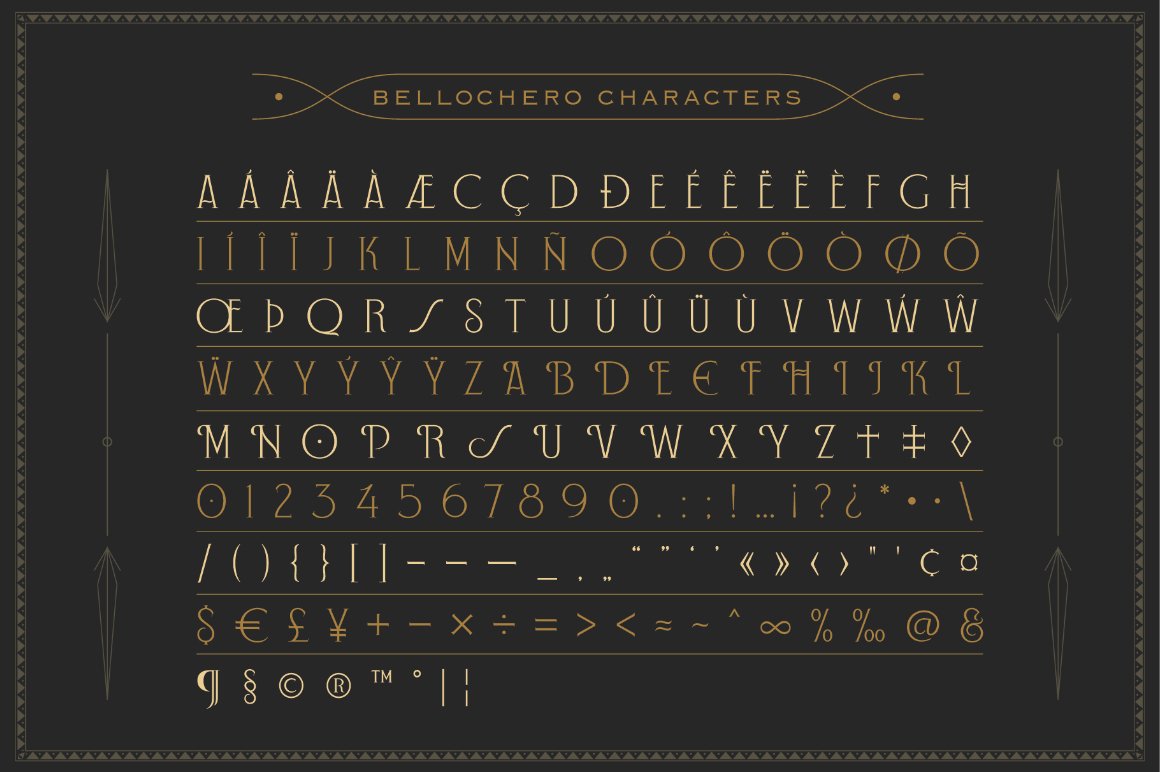 Be the first to comment on “WT Bellochero” Cancel reply