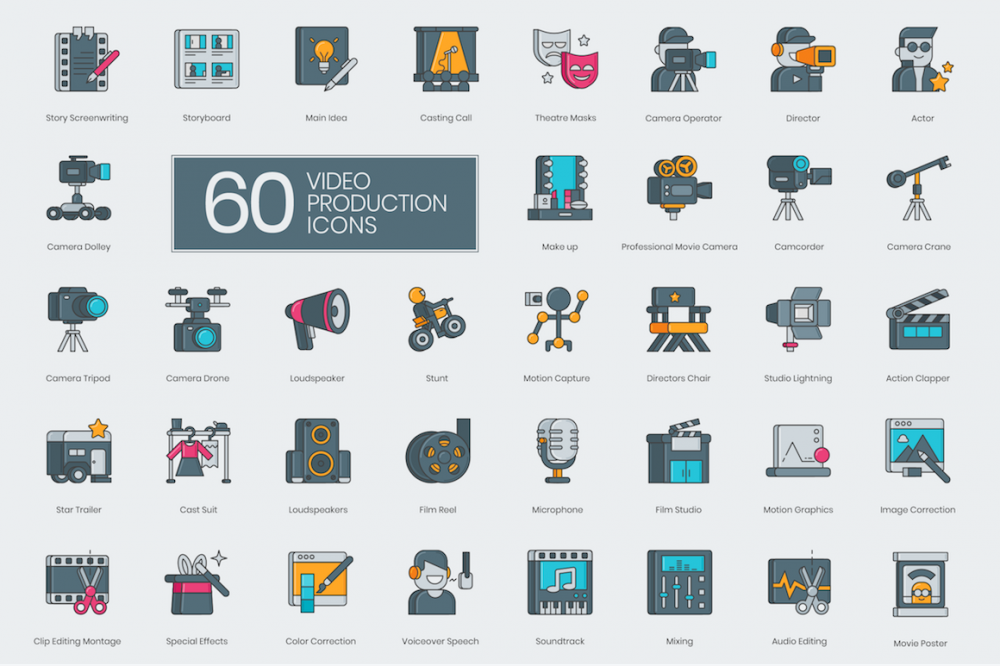 Our latest set of video production icon set features 60 awesome film production-themed icons that you could use for your film studio. It covers almost everything from ideation, pre- and post- production, film distribution and ultimately, the film premiere. 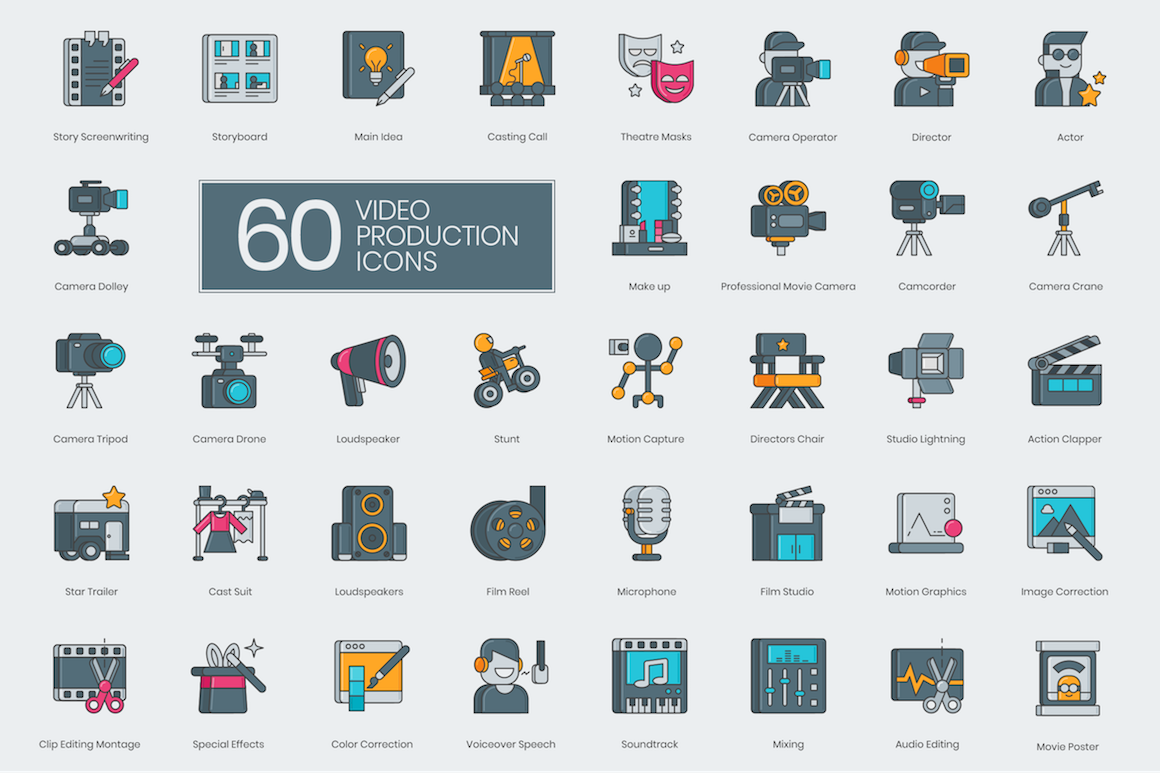 Software compatibility: Adobe Photoshop CC and Illustrator CC or newer. .SVG file format is a standard way to display vector graphics on the internet, you can open them with Internet Explorer, Safari, Firefox etc. .PNG files will work with most graphic software..EPS files will work with a variety of programs such as Adobe Photoshop or Illustrator, Sketch, InkScape, Affinity, Corel Draw, etc. 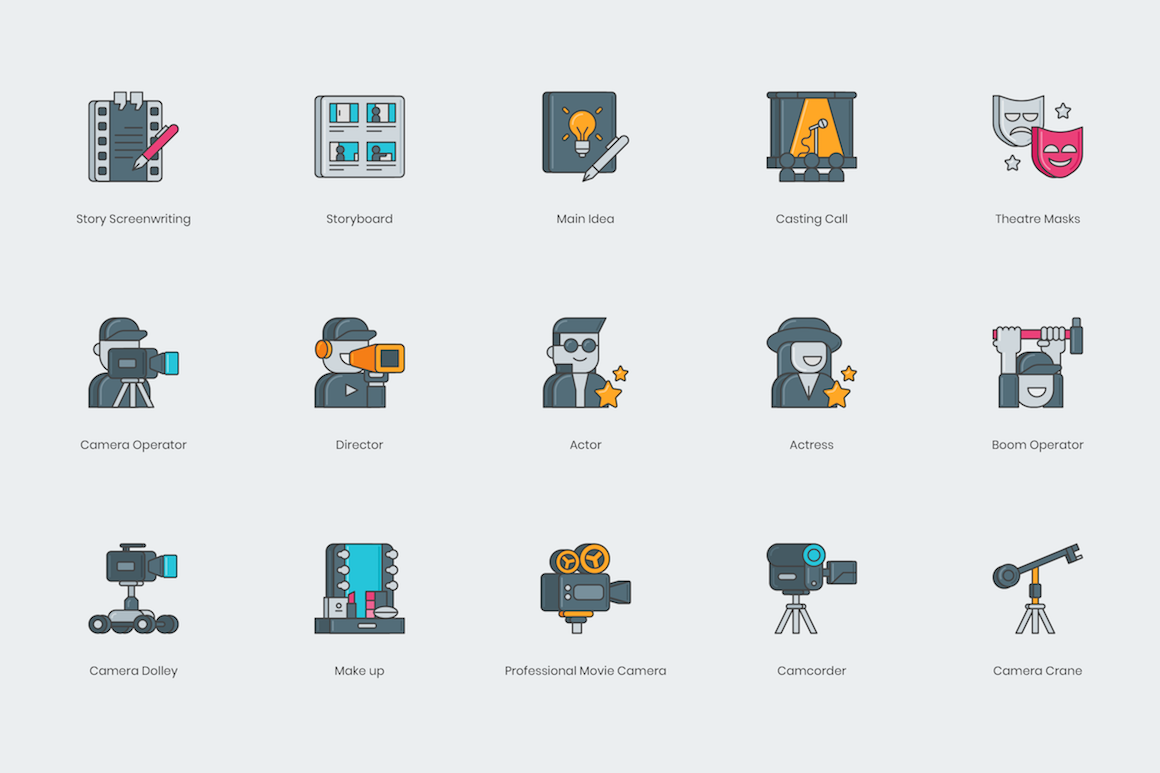 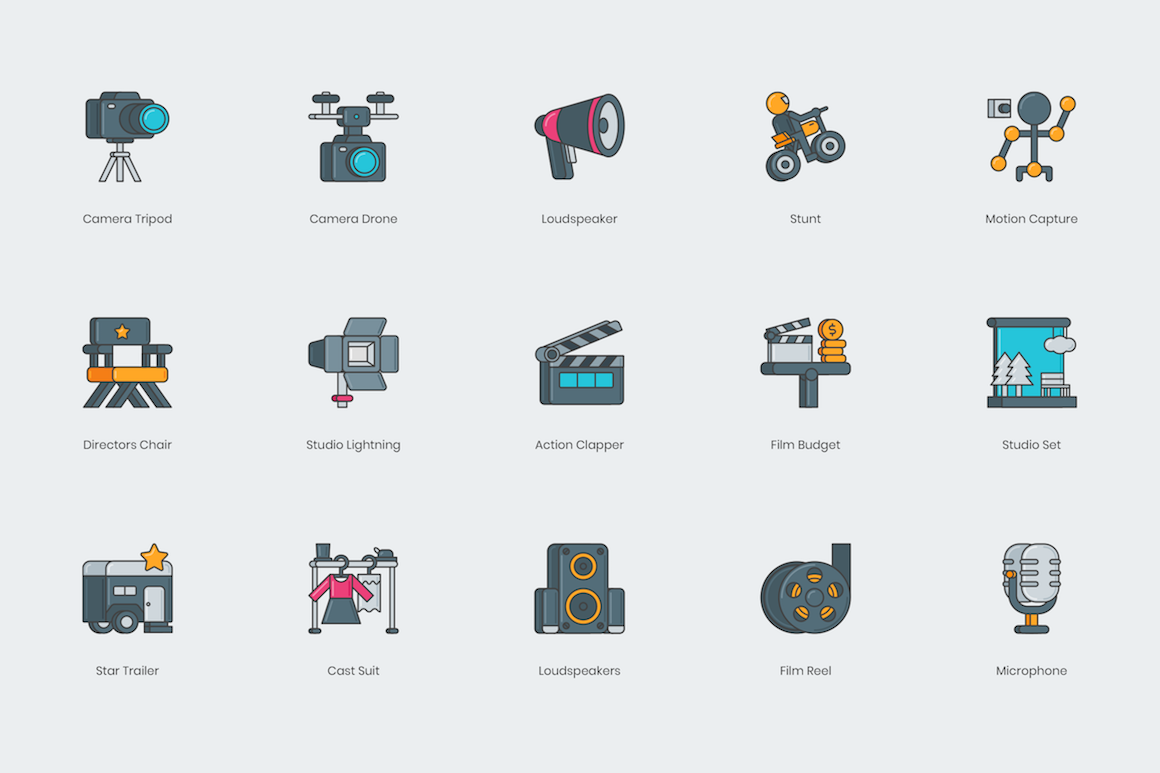 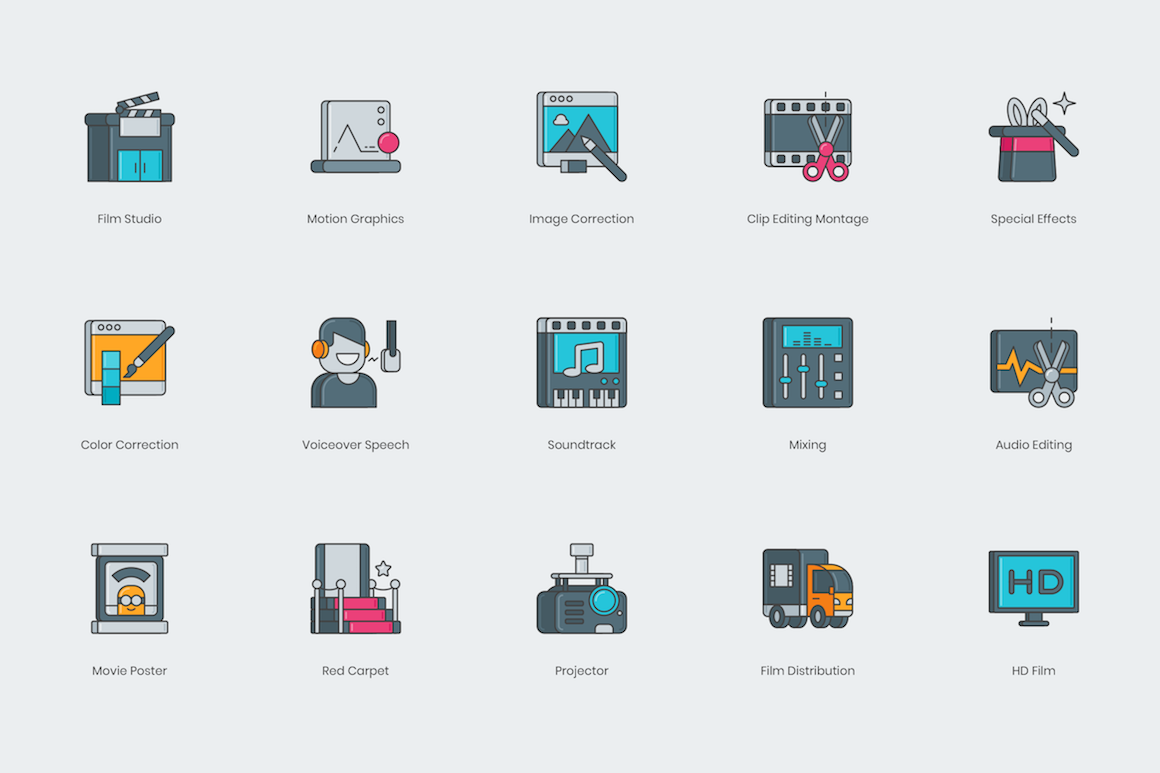 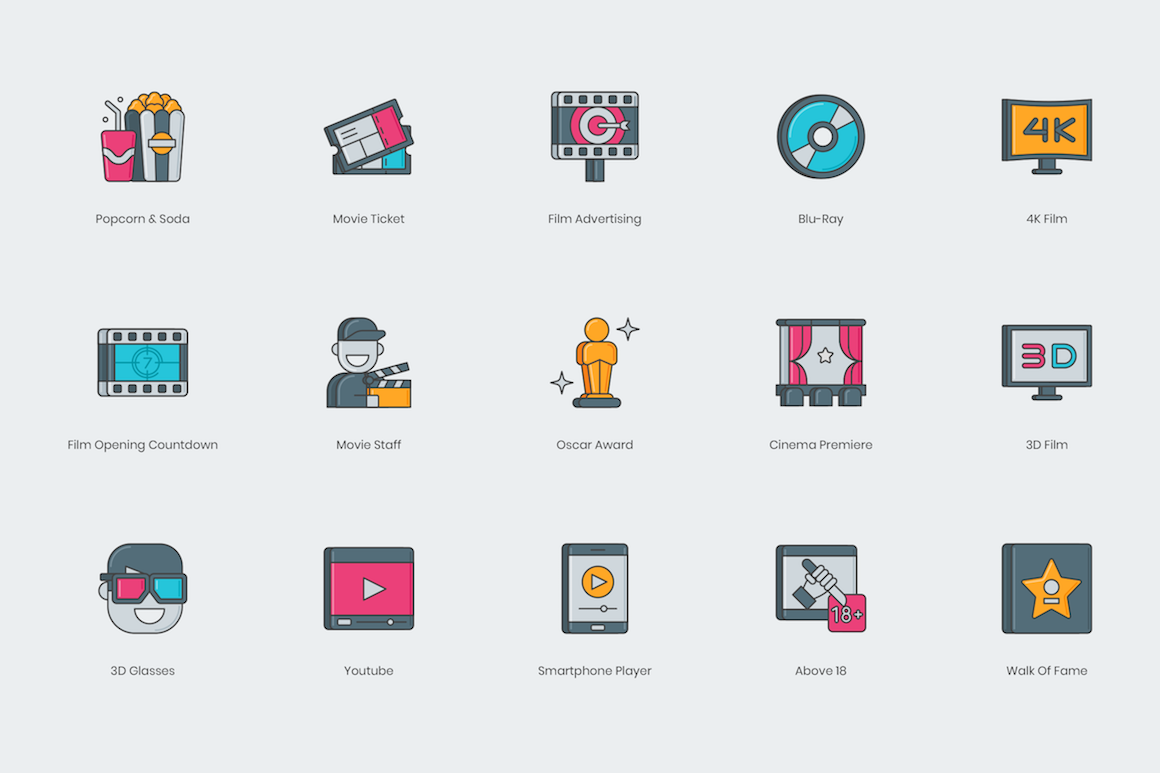