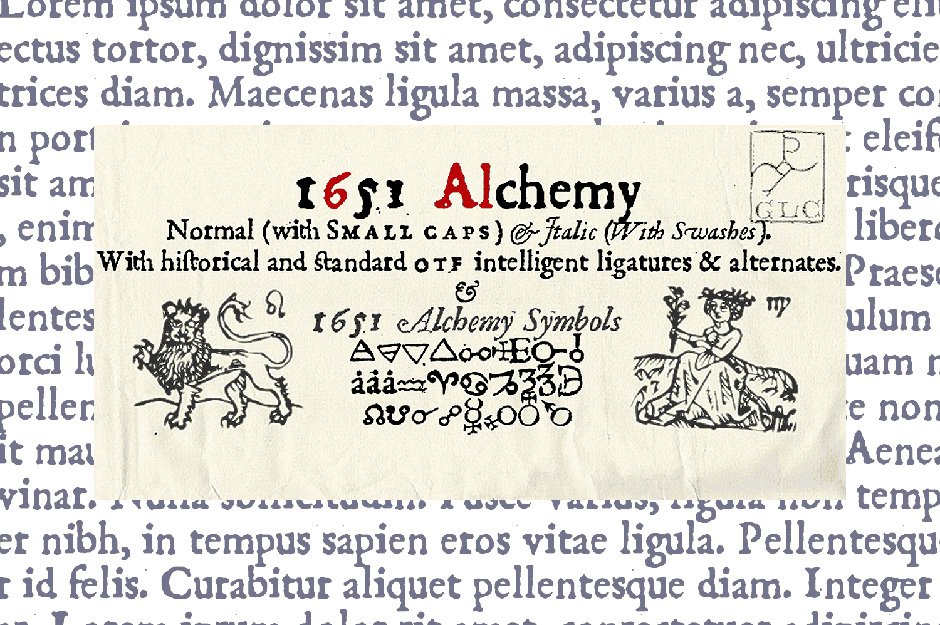 This family is a compilation created from a Garamond set in use in Paris circa 1651, but similar to those, eroded and tired, that were in use during centuries to print cheap publications, as well as in Europe and in America, and from a large choice of printed symbols—all especially redrawn—used for alchemical, pharmaceutical and astrological books, covering 1550 to late 1800s period. 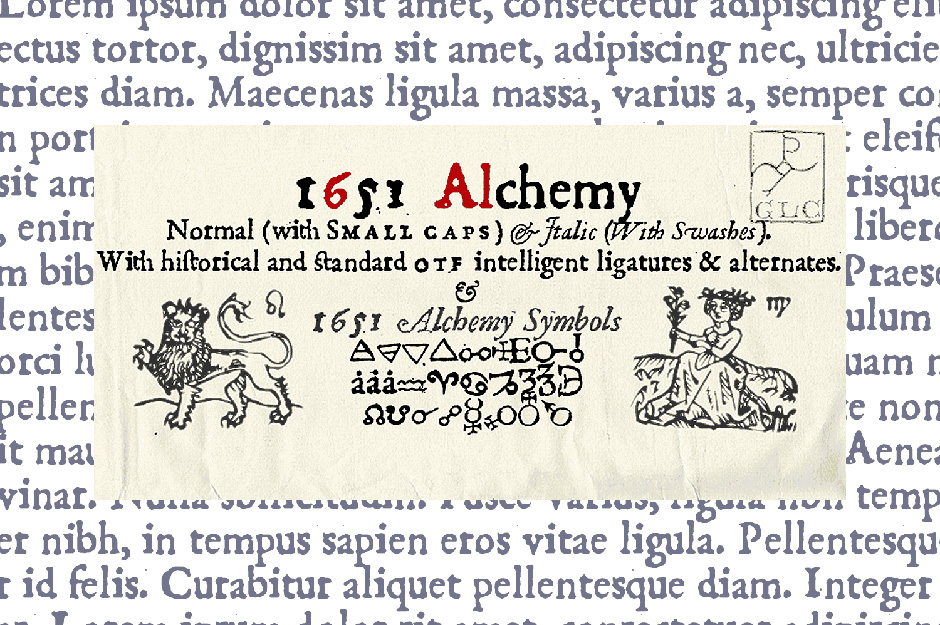 Each alphabet is doubled by a slightly different one, and a special OTF encoding allows to give an irregular effect with never the same twin letters in a single word.

The Normal style is enriched by small caps, and the Italic style by Swashes. A lot of symbols, too, are given twice with differences. 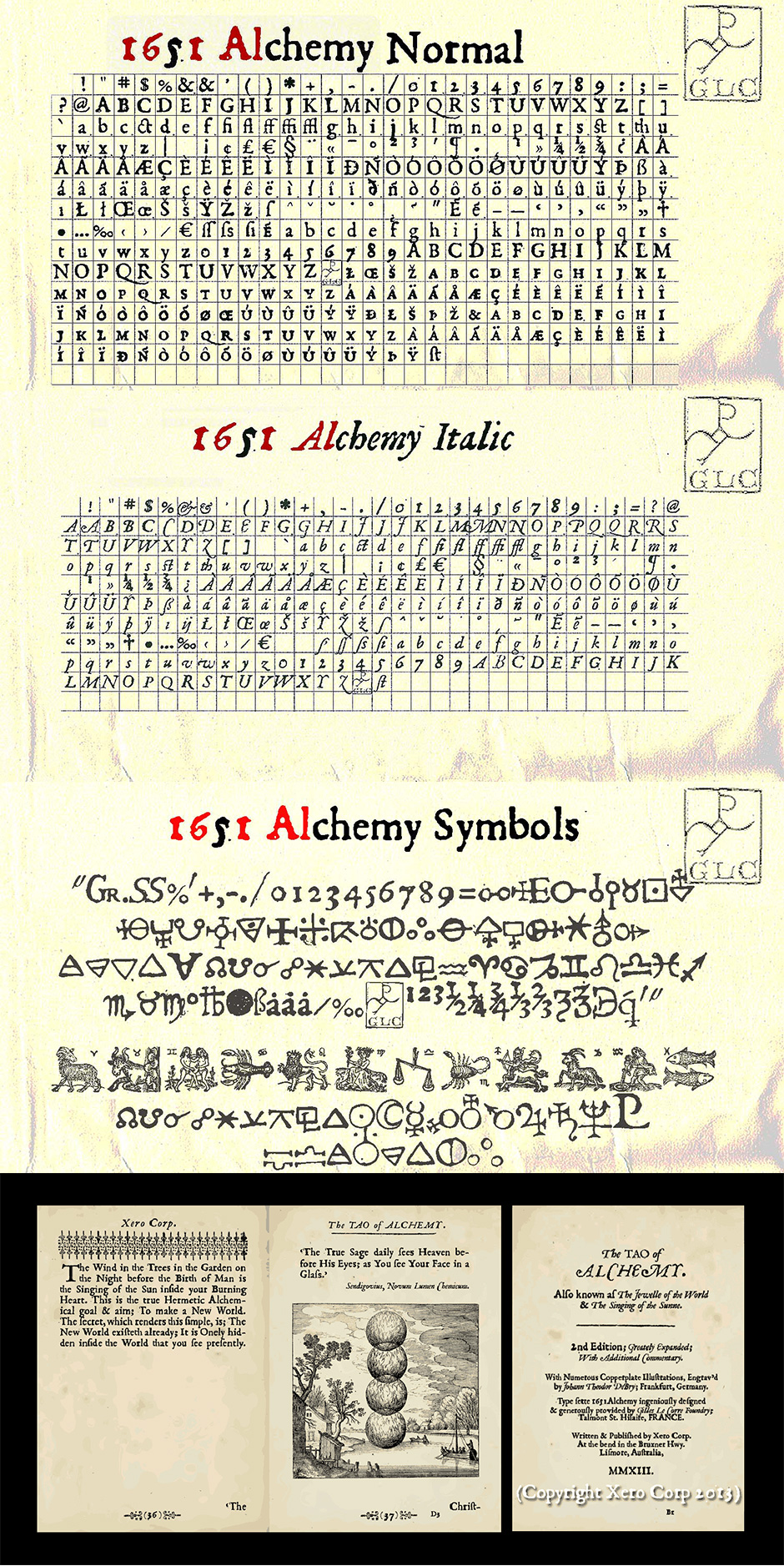