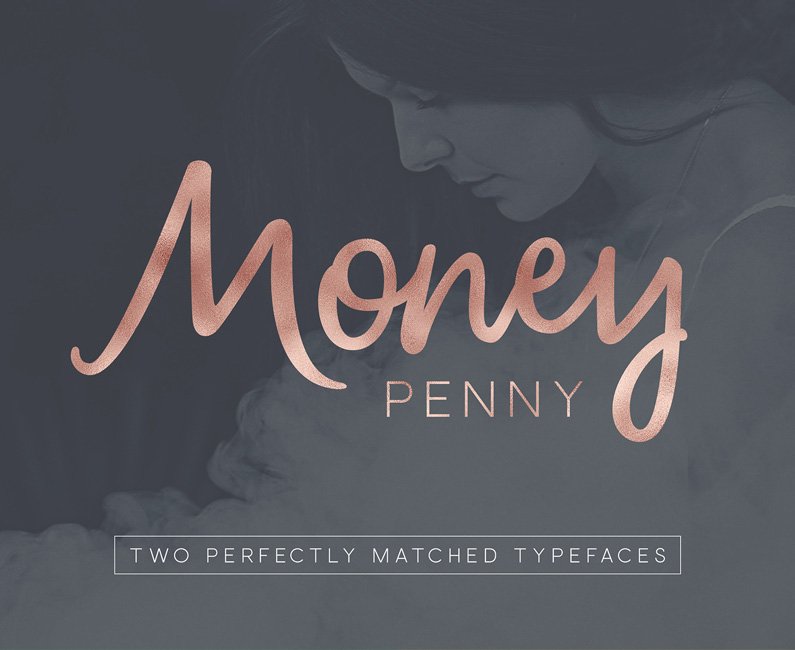 Take the stress out of finding fonts that match together with a set that already does, and focus on what you want to do, which is designing beautiful work. 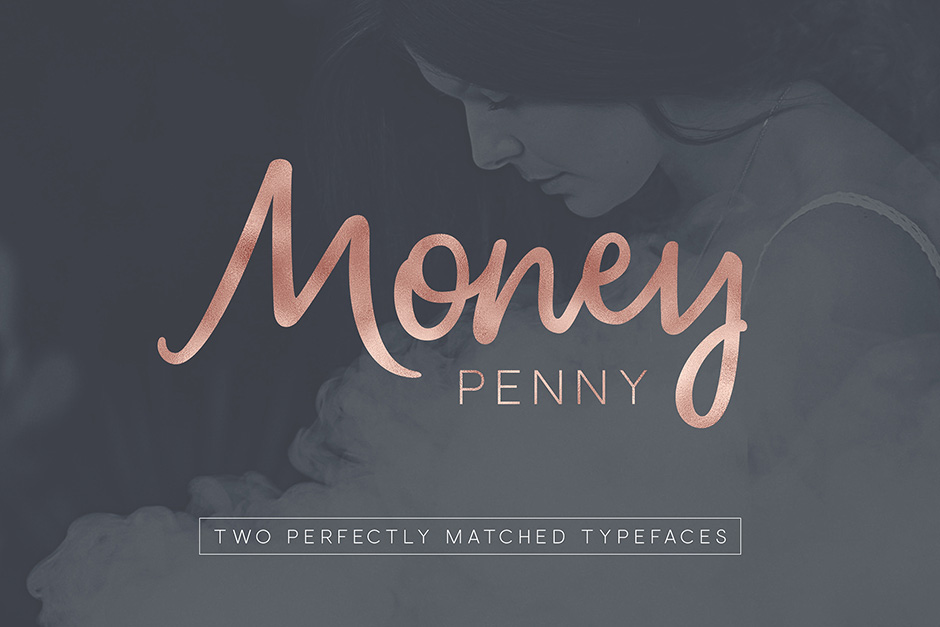 • Money Penny Script – A hand written brush script, first drawn on paper and then remastered on the computer to give a smooth, free-flowing brush script, that looks perfect over the top of photos or as a classy logo.
• Money Penny Sans – A super clean, simple and elegant sans-serif font that works either as producing stand alone sophisticated typographical pieces, or in combination with the script font.
• .TTF & .OTF formats included
• 60+ Illustrations by Emma Lindley
• 16 Rose Gold Photoshop styles