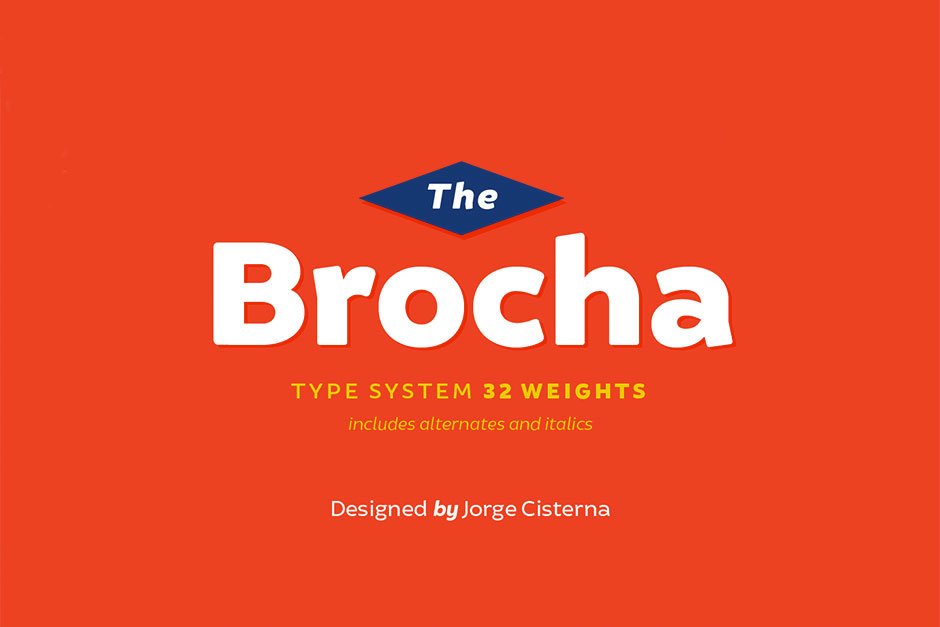 I made the first sketches for Brocha when I first visited the Easter Island in 2011. I took inspiration from pre-Columbian art, but I must say that they were kind of rough and clumsy. It ended up being an experimental, but limited-use typeface. It took me a long time, but thanks to my design experience gained over the years, I have finally been able to resume my project. I have made sure to preserve the Latin American spirit of my original designs in order to give my final typeface an expressive hand-made highly humanist look. 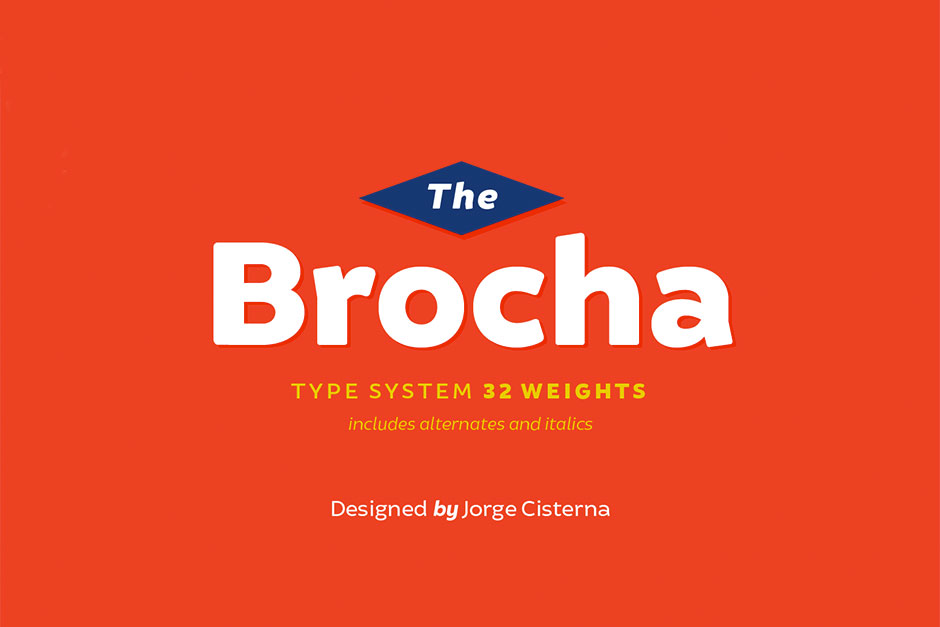 Brocha is a display sans with friendly design ideal for high-impact headlines, logotypes or use on packaging designs. Brocha consists of 2 subfamilies: one basic and one alternative. Each subfamily comes in 8 weights plus italics. The Alt version is highly recommended for those art directors who look for more varied fonts when designing.

Be the first to comment on “Brocha Font” Cancel reply