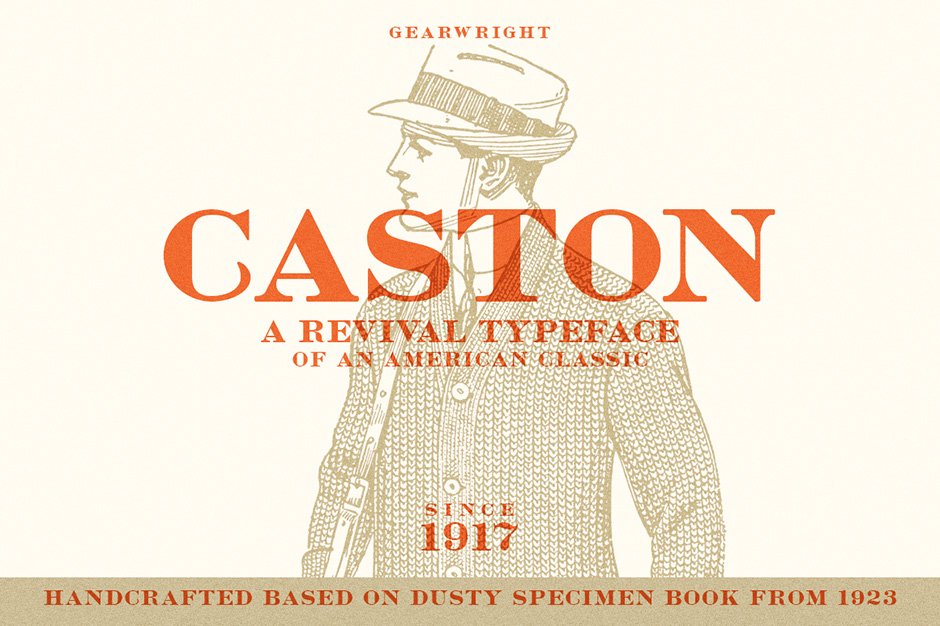 Caston is a revival typeface based on Morris Fuller Benton’s modified litho – initially designed and issued by Inland Type Foundry back in 1907, later modified and issued by American Type Founders in 1917 after the merge. Not only is the typeface now in the hands of public domain due to the defunct ATF a decade ago & it lacking any active descendants – no known digital font was found on the web, until now.

In short: Caston is a versatile vintage typeface that expresses craftmanship & authenticity. And that’s how I was drawn to it in the first place. Take Caston for a ride, you’ll be pleased with its simplicity.

You’ll also find a pack of 5 vintage illustrations (all illustrations used in previews) in .AI vector & high resolution .PNG. I packed them in as bonus to the font. These illustrations were scanned and optimized from my personal collection of vintage catalogs back in the early 1910’s.