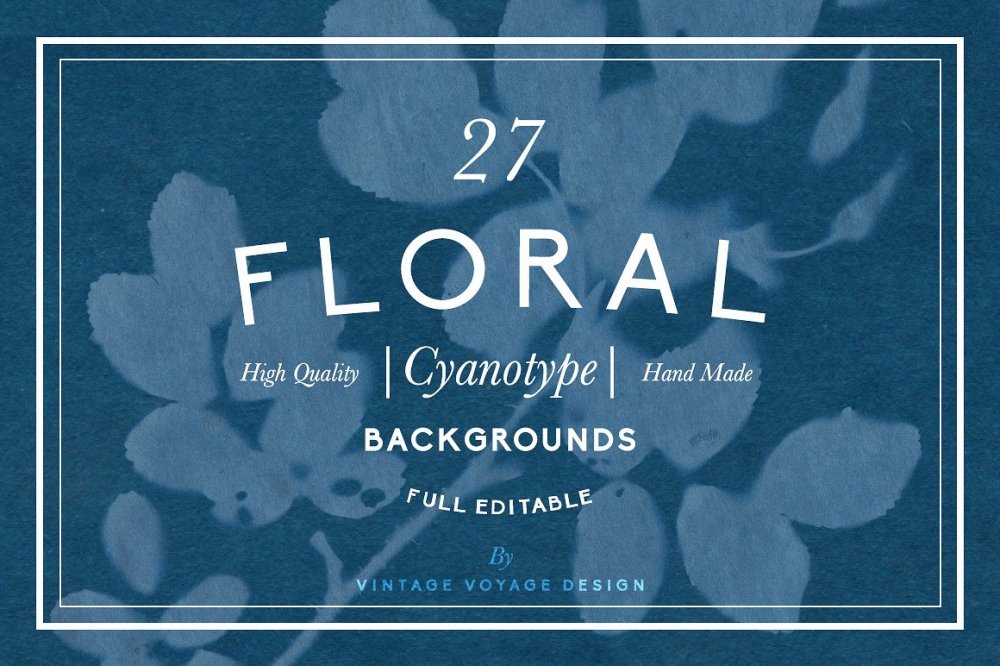 Cyanotype, also referred to as “blueprinting”, is the oldest non-silver photographic printing process. It involves exposing materials which have been treated with a solution of potassium ferricyanide and ferric ammonium citrate to a UV light source such as the sun. Negative or positive images can be obtained by blocking UV light from reaching the sensitized material. For example, a negative image can be produced by placing a leaf upon paper treated with this solution and exposing to sunlight for 10 to 20 minutes. The paper will retain the image of the leaf after it has been rinsed with water. Once the paper dries, parts that were exposed to the sun will turn a shade of Prussian blue (ferric ferrocyanide), while parts that were covered by the leaf will remain white. 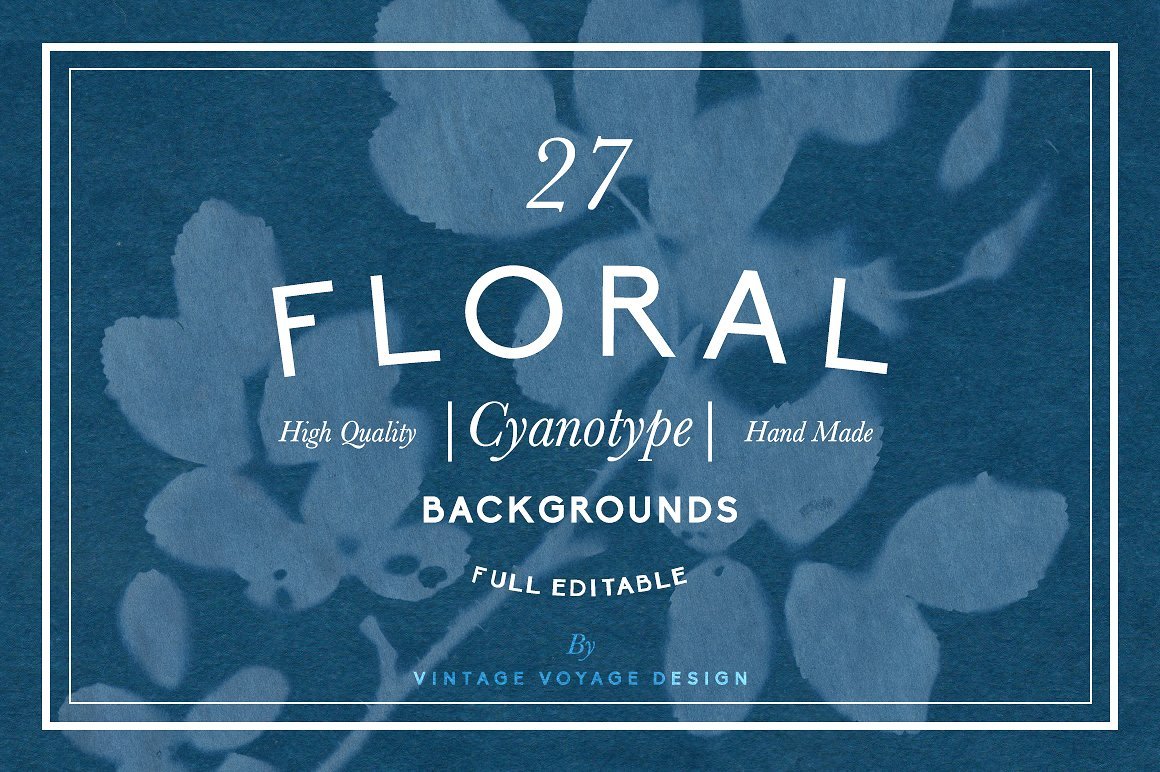 This pack includes 27 different floral cyanotype backgrounds that would be perfect for any kind of paper stationery, posters, postcards, notebooks, book or magazine covers and more! 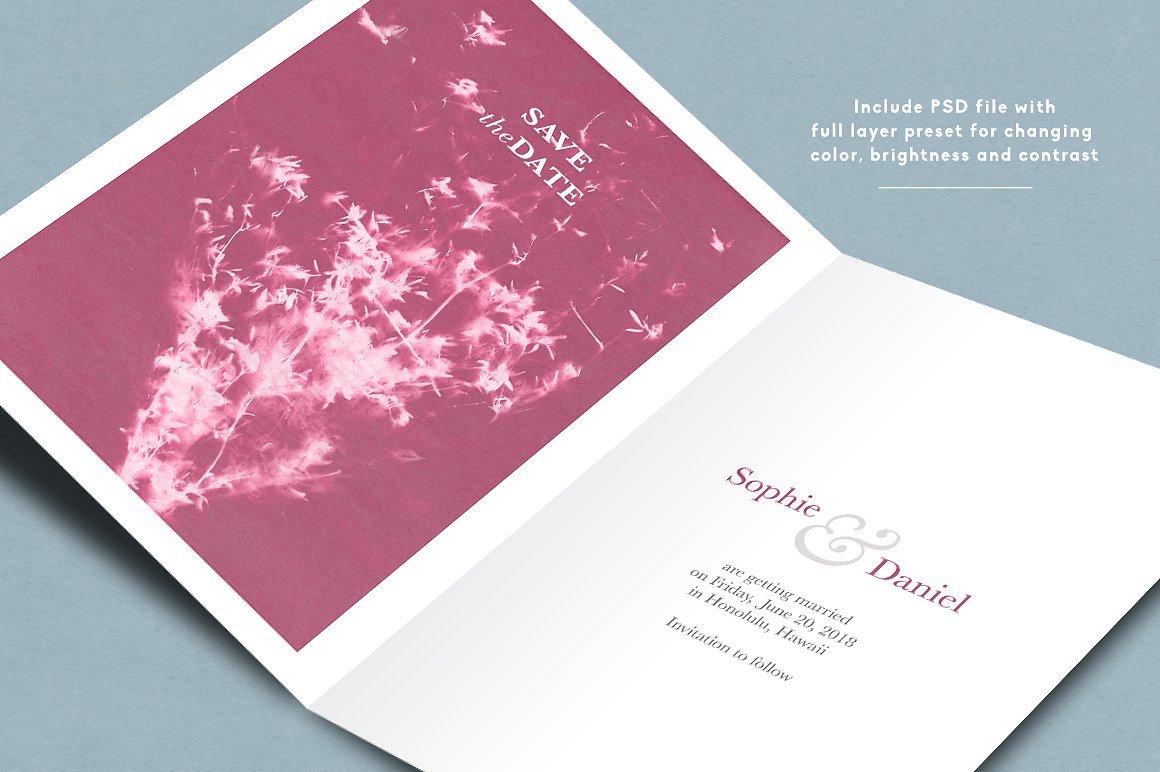 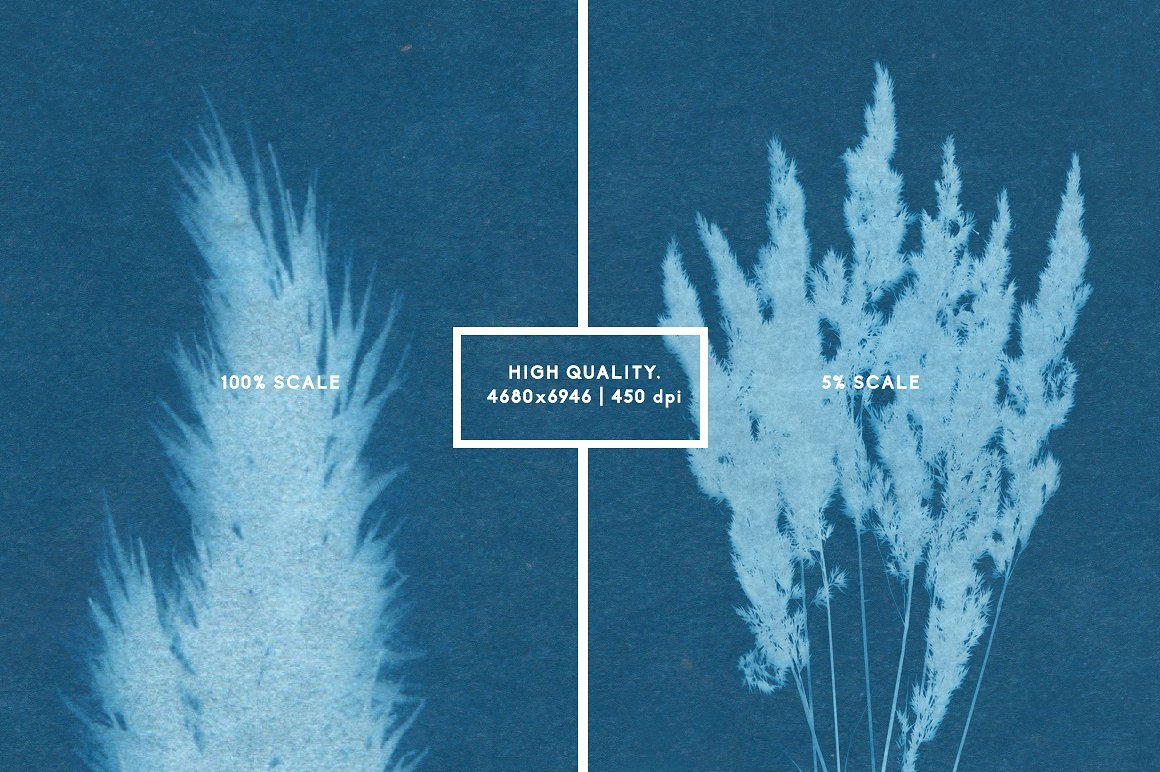 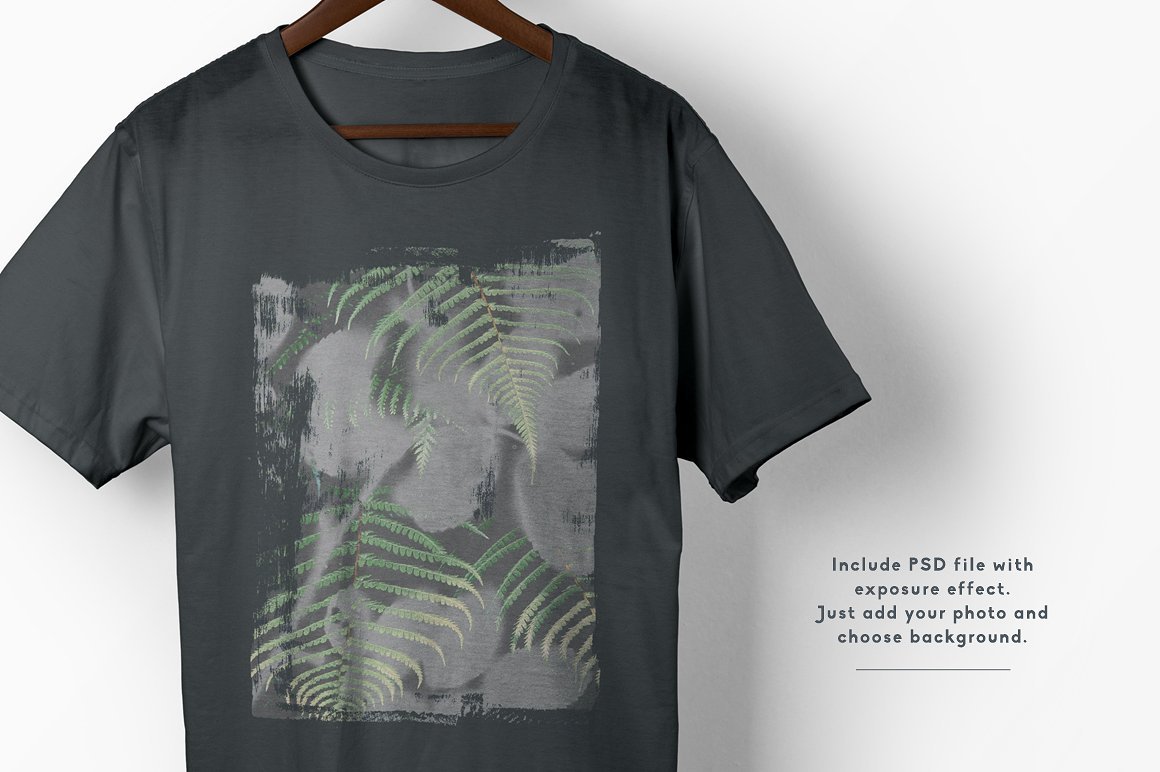 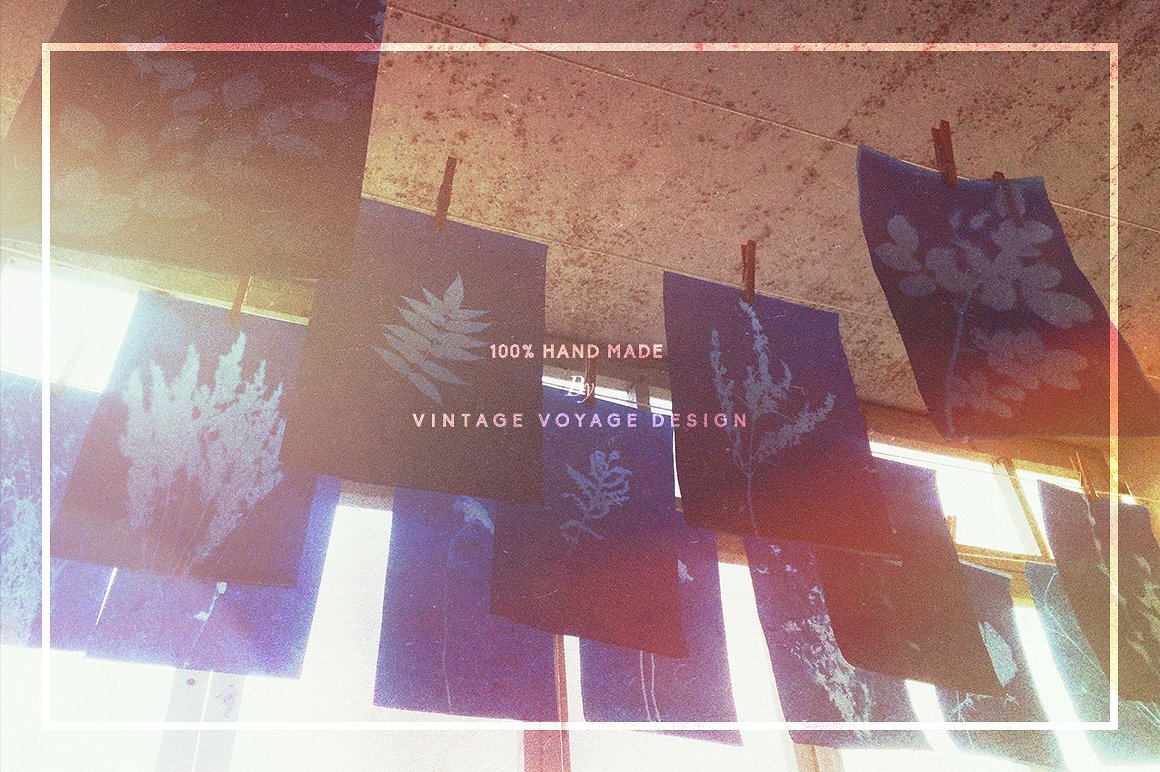 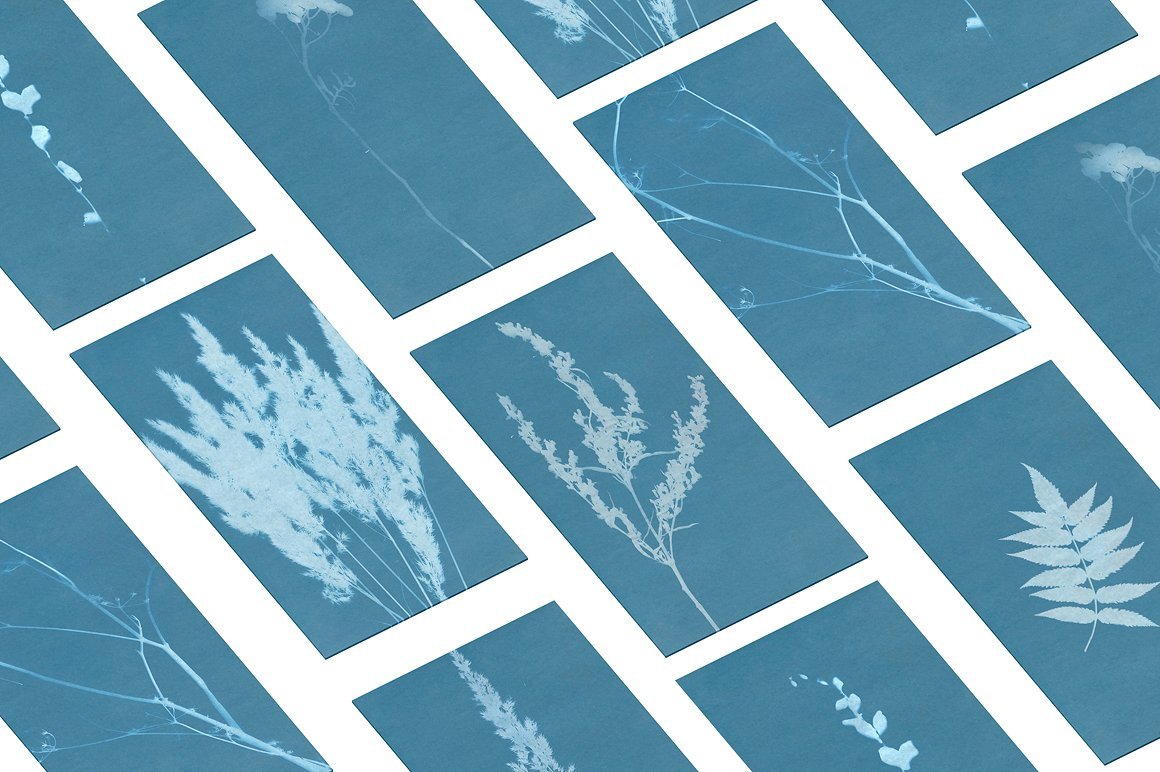 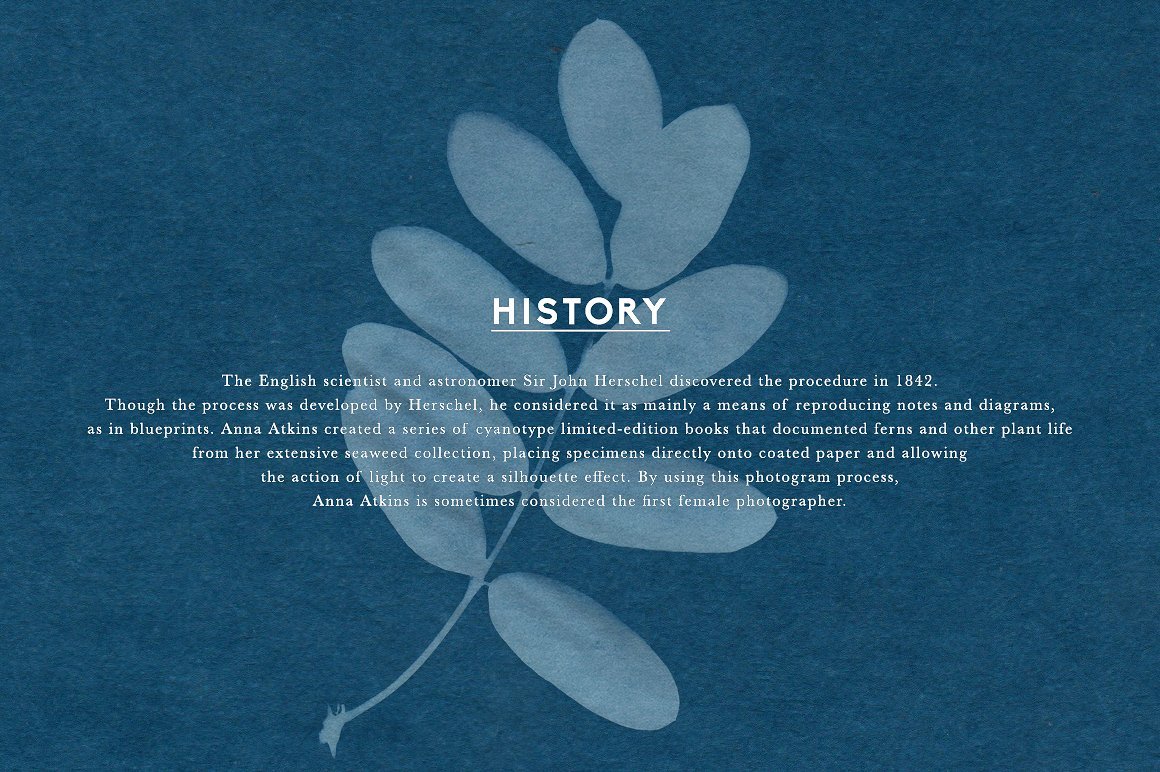 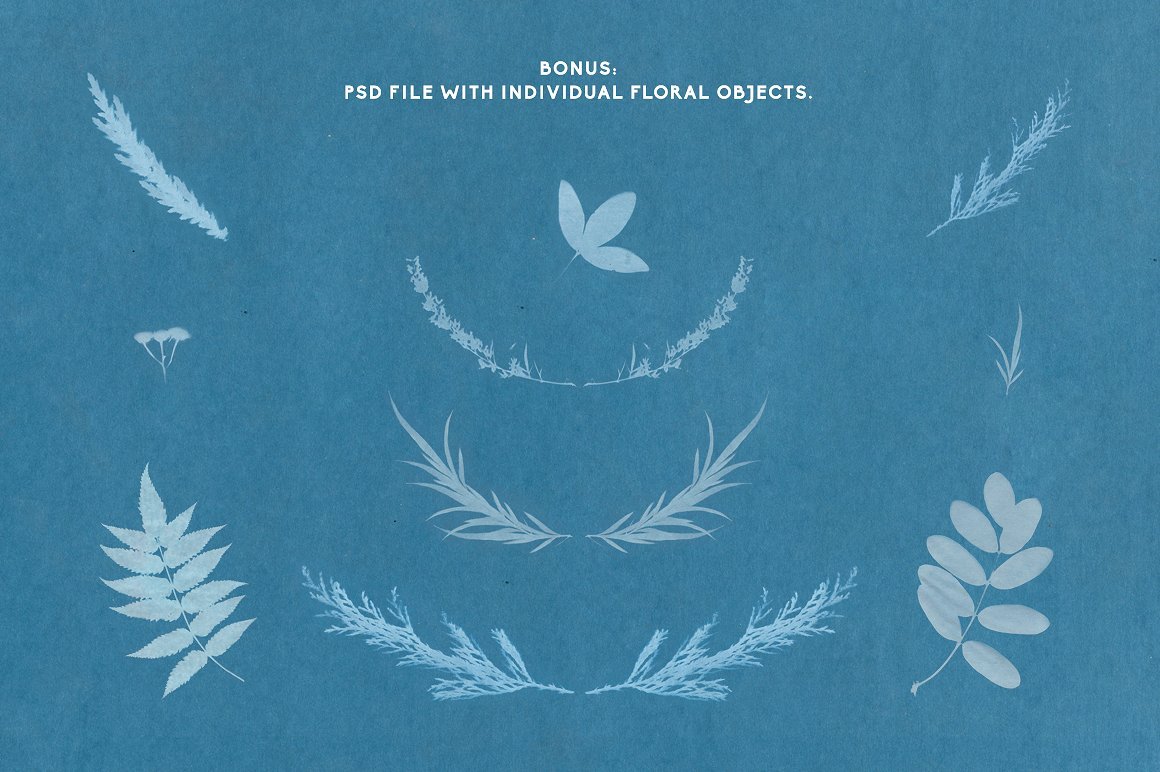 Be the first to comment on “Floral Cyanotype Backgrounds” Cancel reply