By: The Paper Town 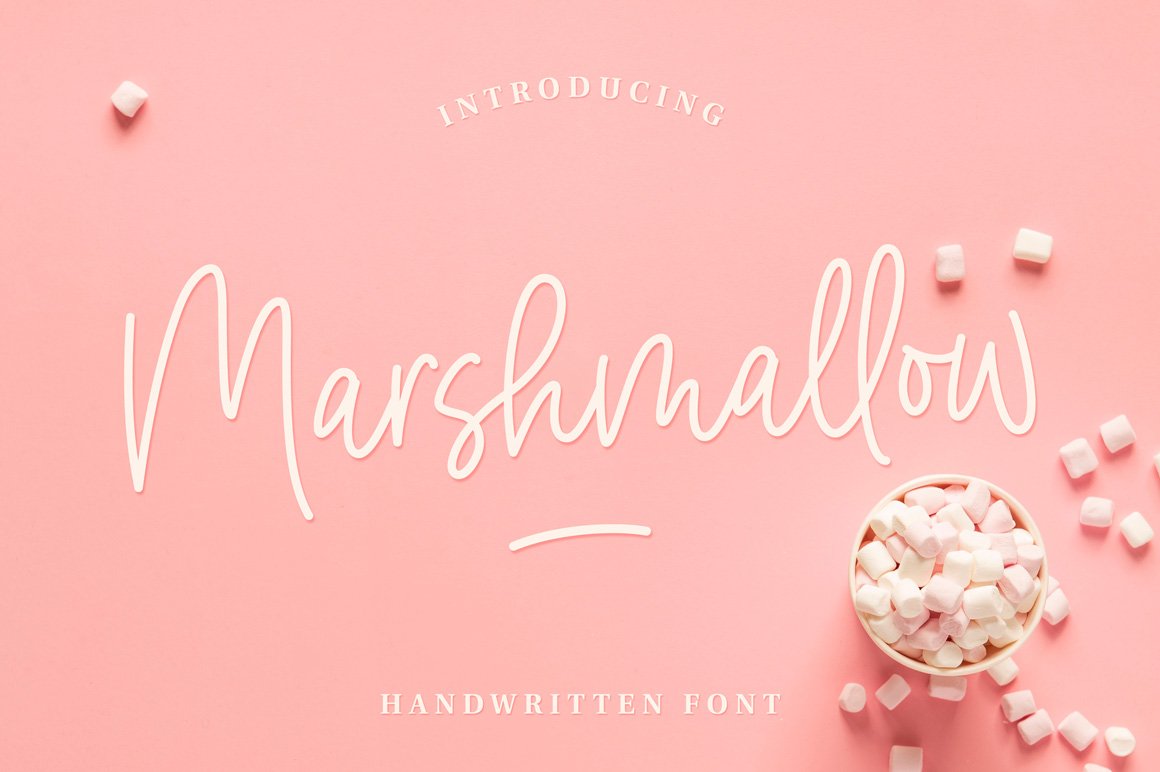 Derivate from a logo I made for a branding project, Marshmallow has been created with the thought of giving a fresh, readable signature style font.

You can use it for various projects such as branding design, blog headers, signatures, quotes, fashion apparel, business card, stationery and more!

Some bonus swashes included as a separated font allow you to add a nice finishing touch to your text.

• Marshmallow .OTF: contains uppercase and lowercase, numerals, ponctuations and multilingual support for western and central european languages.
• Marshmallow-Swashes .OTF: To access the swashes install as a separate font and type any character between a-j and there you have it! 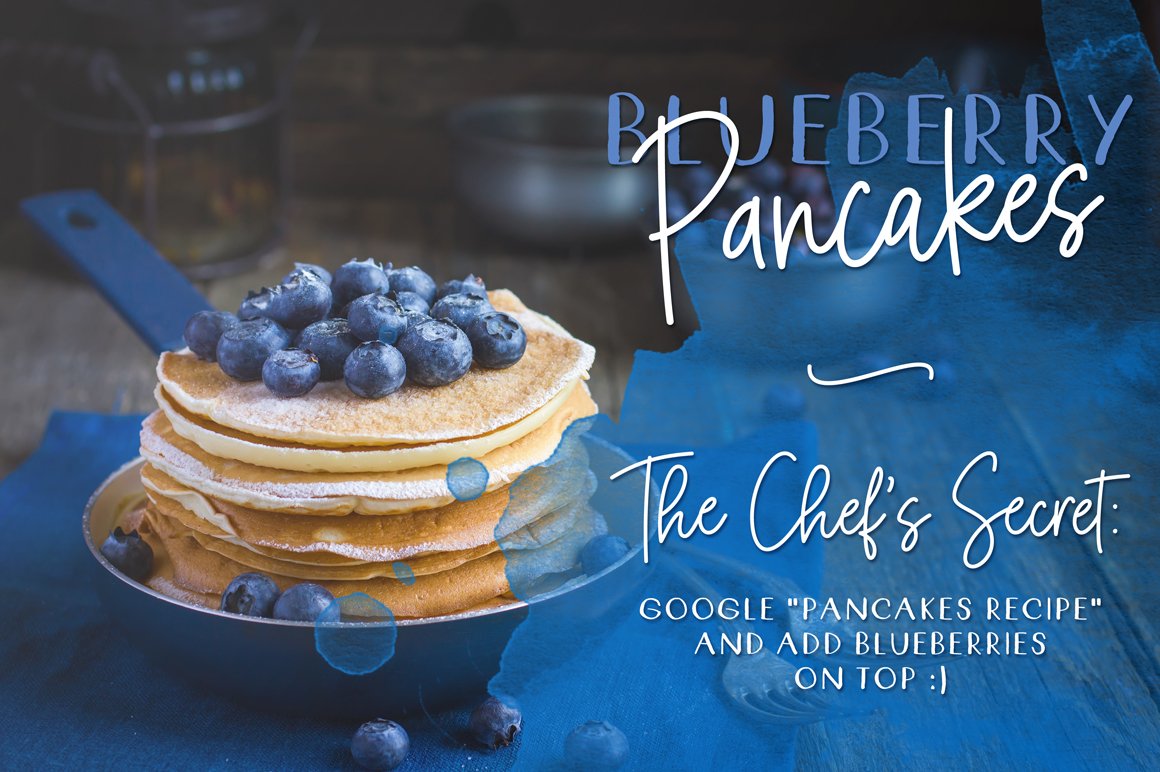 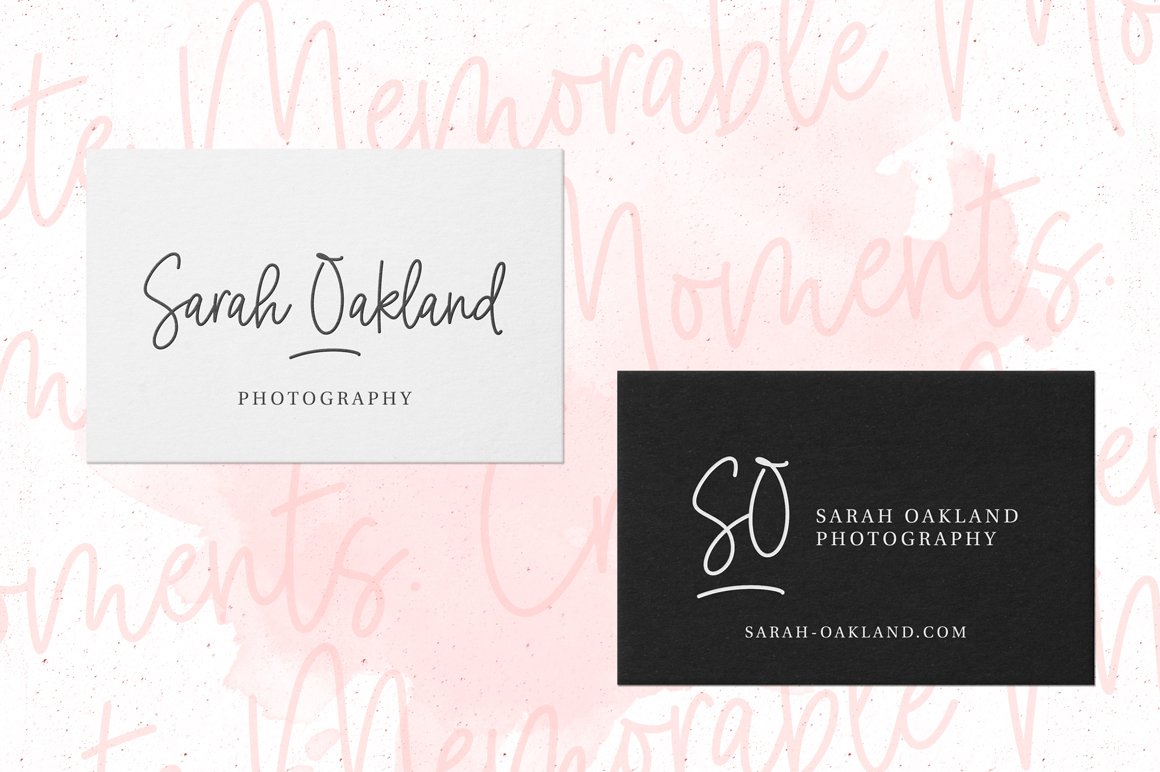 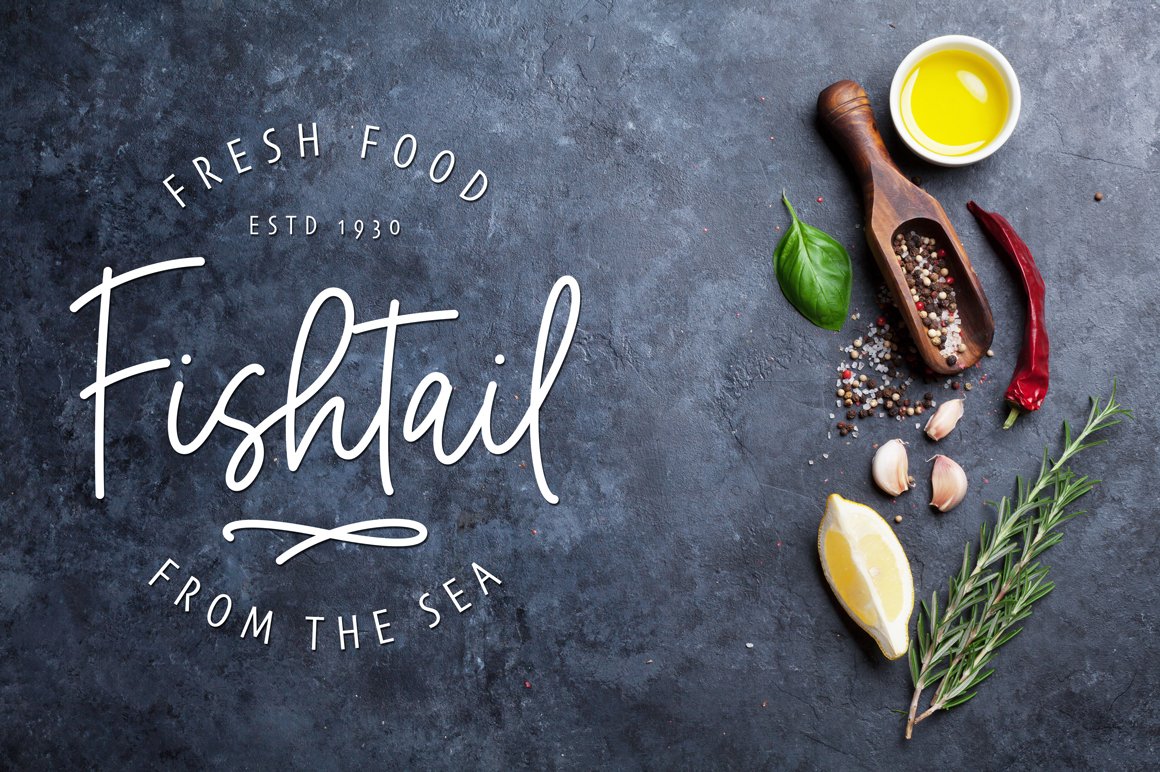 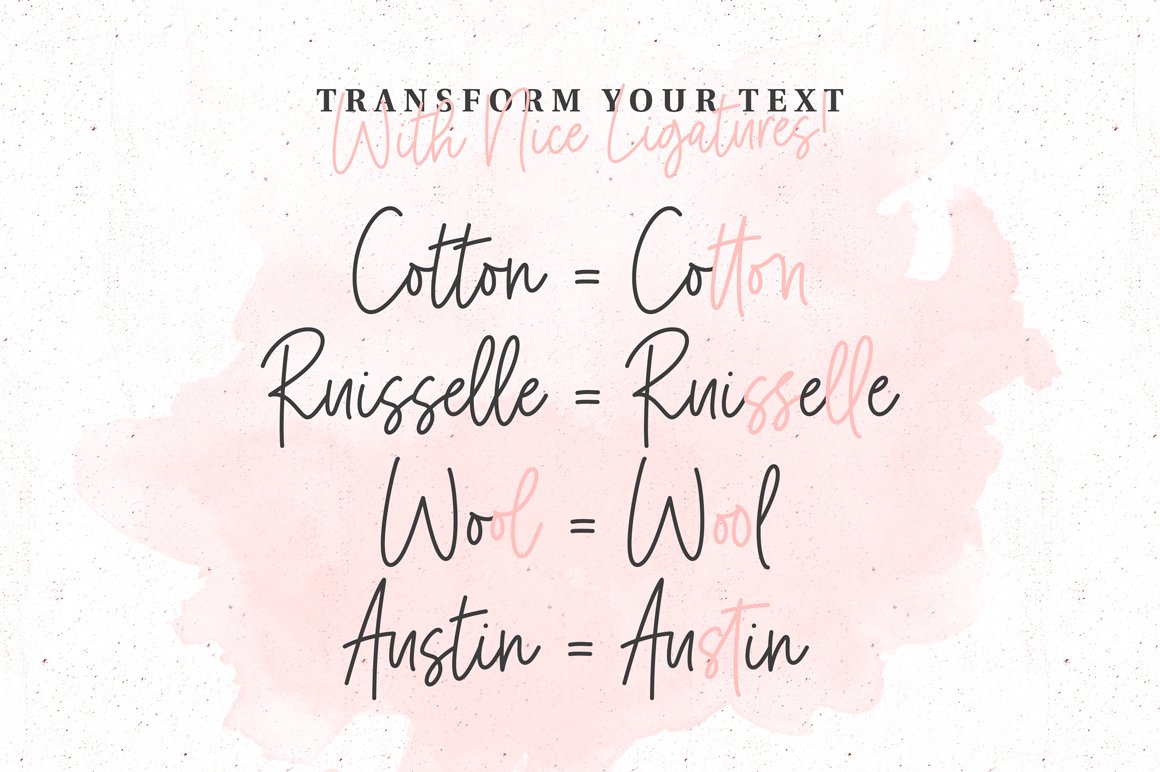 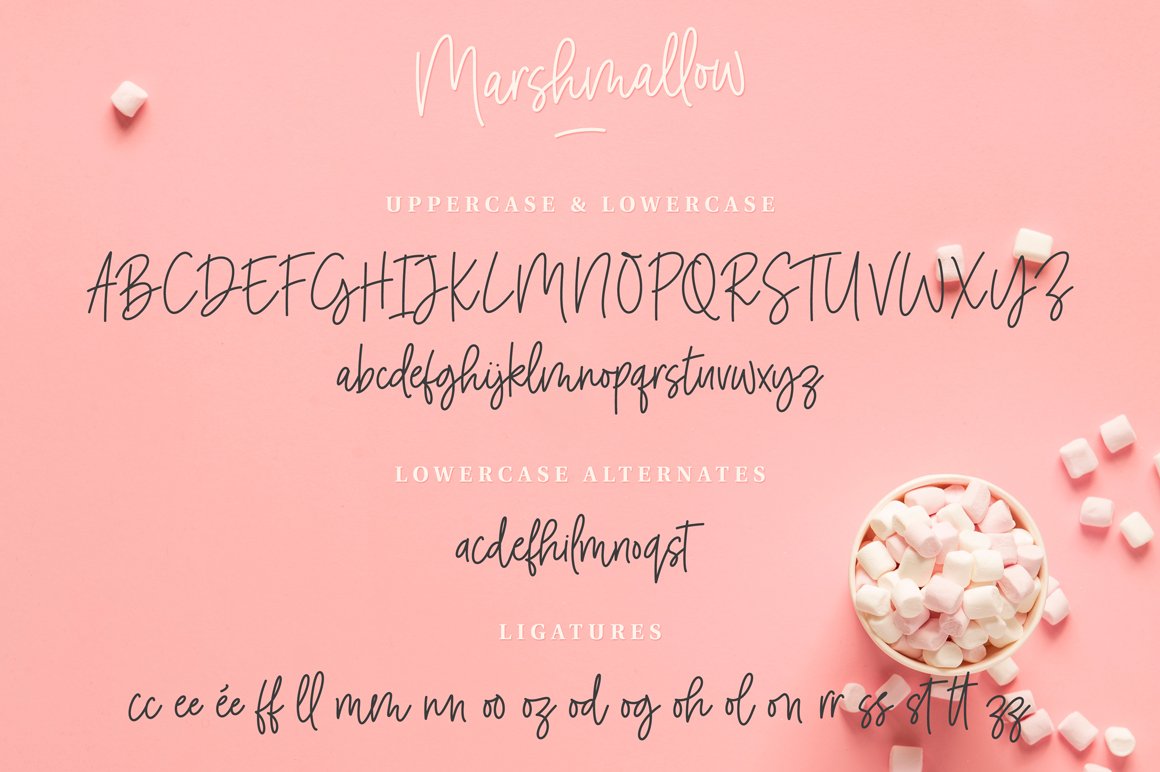 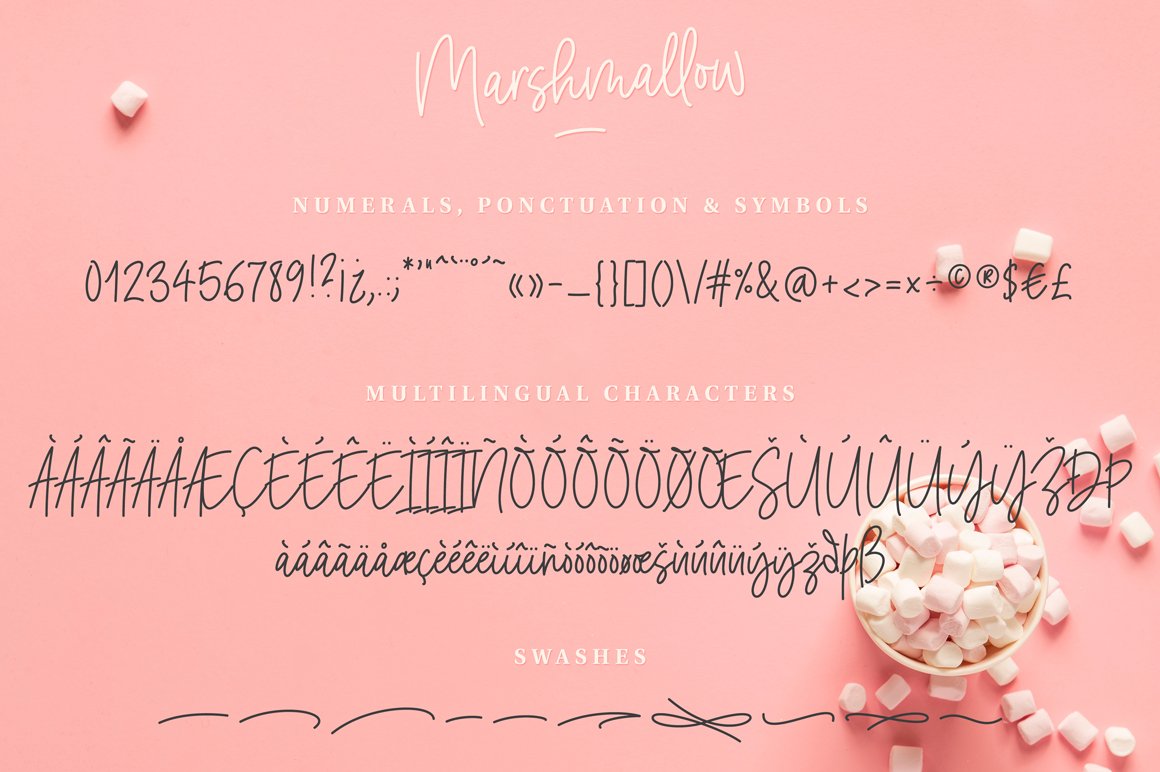 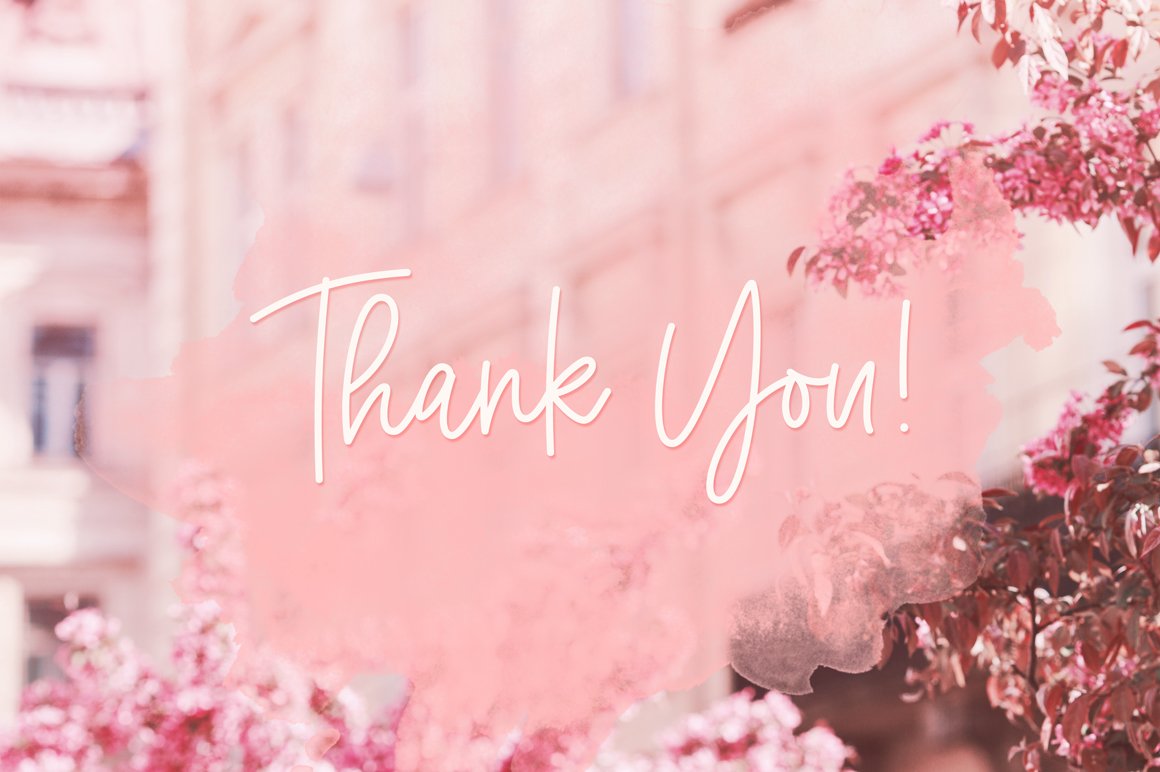 Be the first to comment on “Marshmallow Handwritten Font” Cancel reply