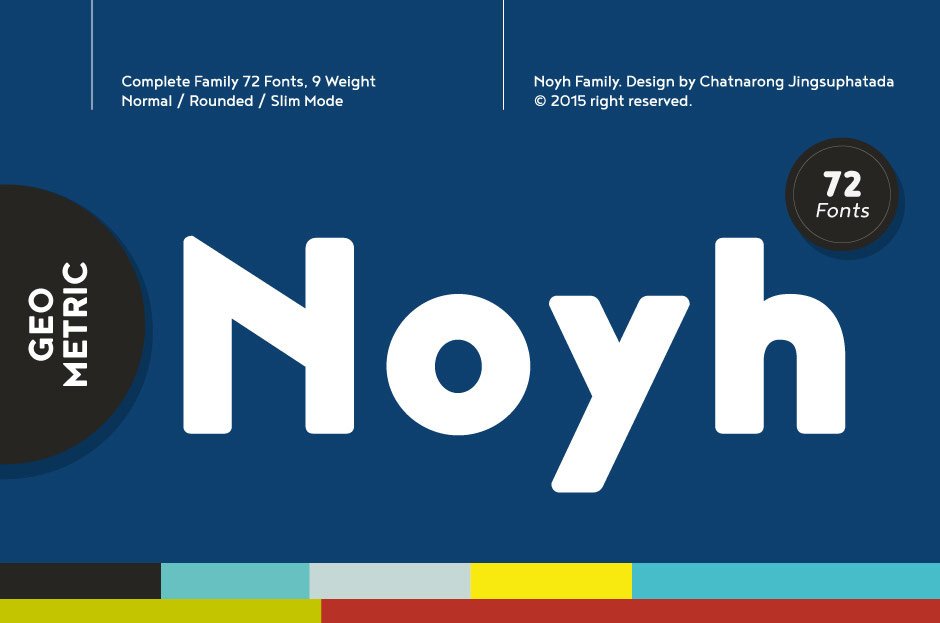 Noyh is a modern geometric font family that is based on research of similar typefaces from the 1990s and 2000s. This font’s main purpose is to perform equally well in as many projects as possible. It offers a geometric structure with smooth corners that is quite pleasing to the eye and has high contrast and great legibility which make it quite clean and friendly. As a result, Noyh works excellently both in print and on a screen, so it could be used freely for e-books and is perfect for headlines, banners, posters, websites, magazines, etc.

The greatest advantage the typeface has is the stunning number of fonts it includes. There are roughly 72 fonts each containing over 350 glyphs. The family has 4 formats – Normal, Rounded, Slim and Slim Rounded. Each format is supplied in 9 weights – from Hairline to Black with their respective Italics. The individual fonts work very harmoniously with each other which gives the user a hugevariety of options.

This product was originally featured in The Contemporary Creative Design Collection