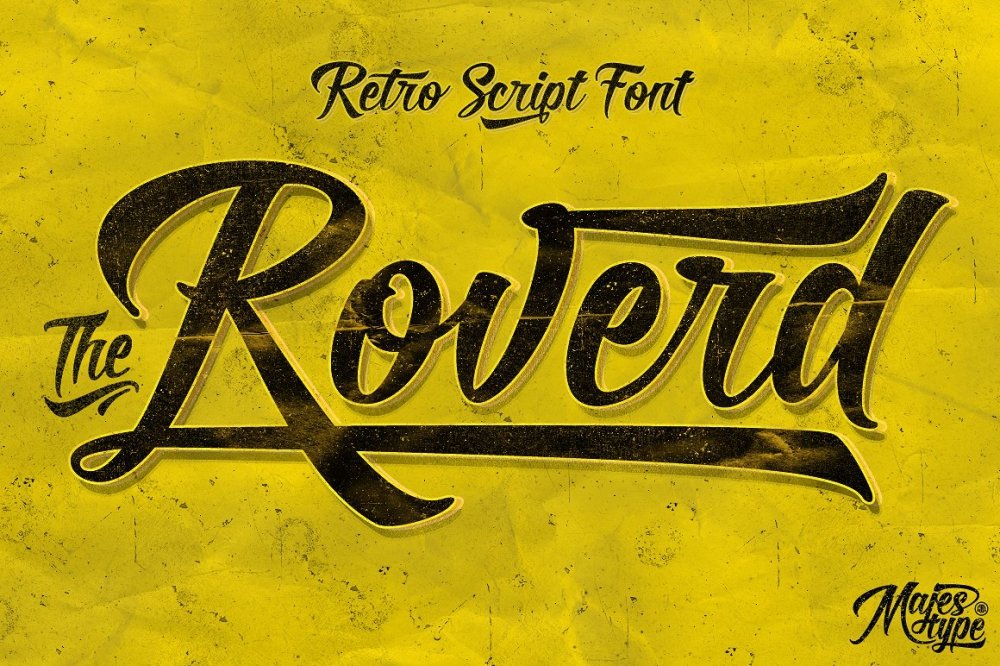 Roverd is a Script Retro font that comes with 700 Glyph and equipped with OpenType features to give a custom feel to your design. This font is designed for t-shirts, logos, posters and etc. 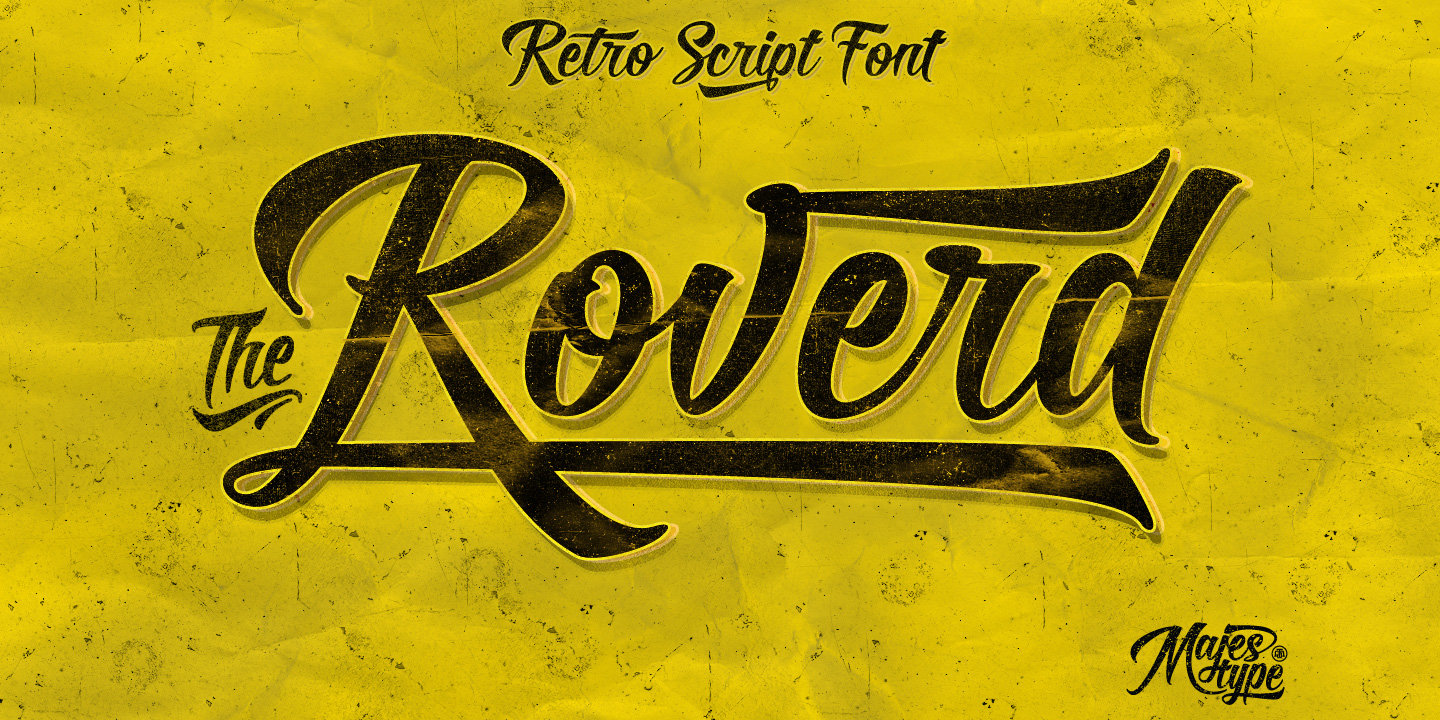 Every glyph has an alternate character. So, try it to show other glyphs in this font.
Use Discretionary Ligatures to show Catchwords.
Have 5 alternate “Ampersand and Underscore” in Stylistic alternates and Stylistic Set 1-5.
Font Format .OTF and .TTF
Bonus 9 Logos using this font

This product was originally featured in The Print Designer’s Bundle (Best-Selling Fonts, Effects, Vectors and More)

Be the first to comment on “Roverd Typeface & Bonus” Cancel reply