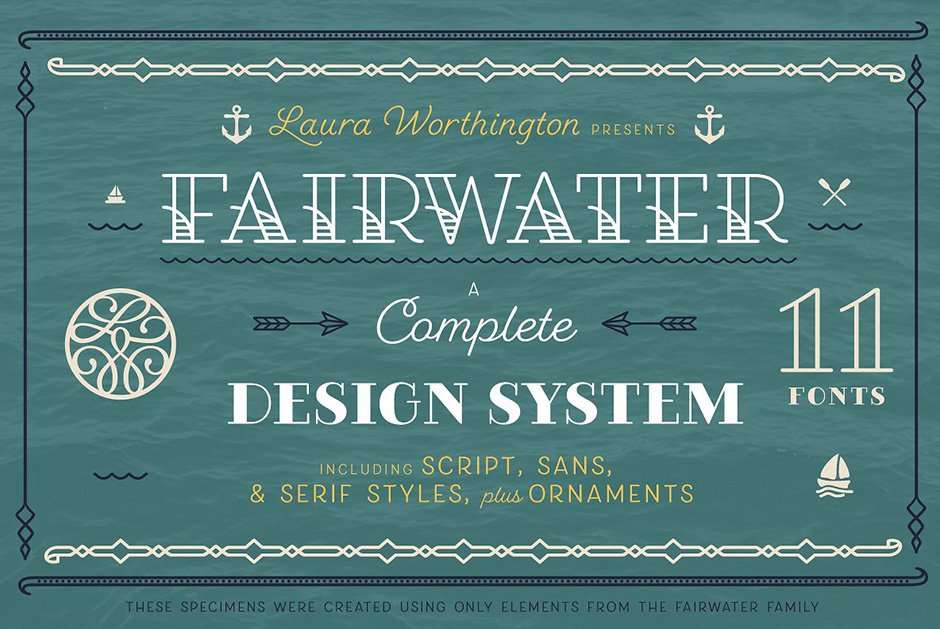 Fairwater’s aesthetic derives from three sources: the cursive handwriting styles popularized in the early to mid-1900s, the simplified, forgiving letterforms of tattoo lettering – and the pictorial themes that informed early-to-mid 20th-century naval tattoos. The Fairwater family includes two highly legible sans and script faces – friendly, monoline, and casual – in light, regular and bold weights. As with many of her faces, Laura can’t resist adding a plethora of swashes and alternates to the script version – 465 to be exact – for a total of 2,230 glyphs. Fairwater also includes four shower serif faces for use at display sizes, culminating in the vaguely botanical “Sailor” and elegantly striped “Deco” weights.