By: Branding with Type 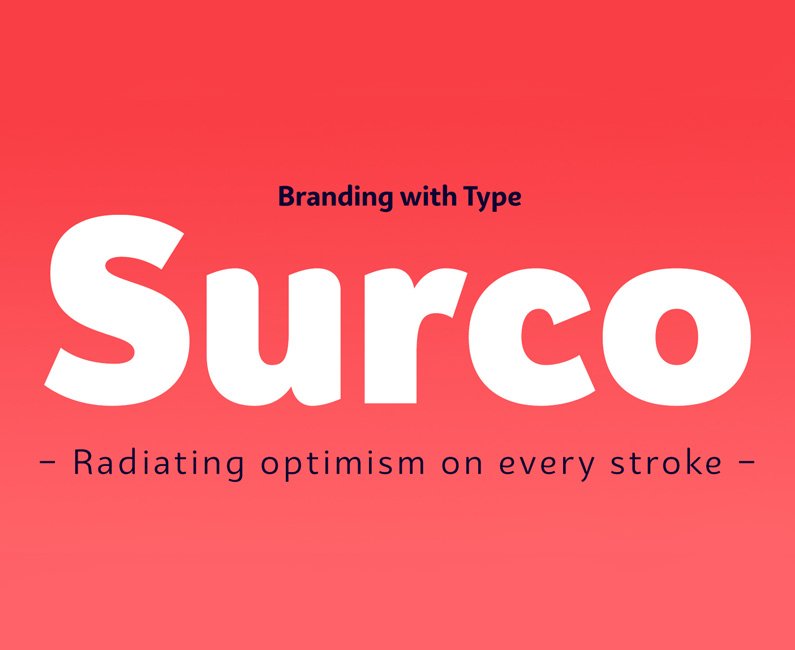 Bw Surco is a fresh and optimistic humanist sans serif with hand-stroke cues. It’s soft, rounded shapes, balanced x-height and contrast between the romans and the true italics, all build towards a very practical font family with a friendly and spontaneous personality. 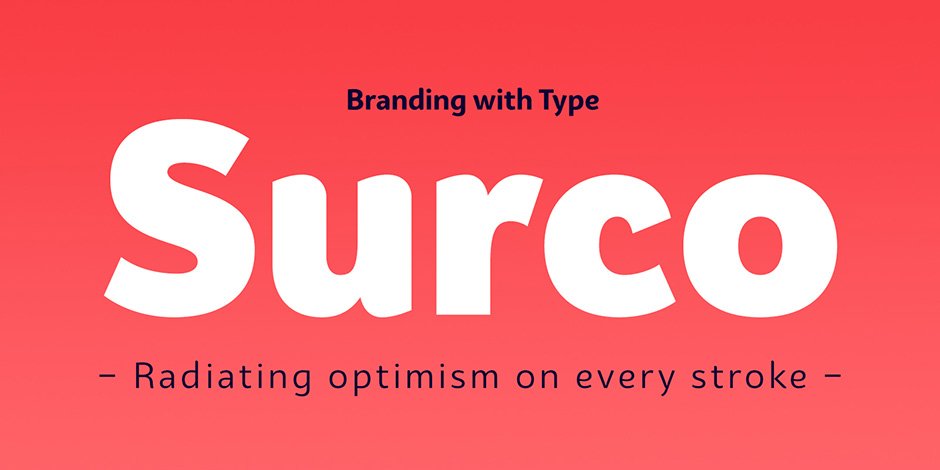 It comes in 12 styles supporting all European Latin and Cyrillic languages, with stylistic variations for Bulgarian, Serbian and Macedonian. It features many OpenType features like old style and lining figures, case-sensitive forms or fractions.

The intermediate weights perform very well for mid- length texts while the Light and the Black really stand out when used at large sizes, bringing a positive voice to any branding, packaging or advertising project.